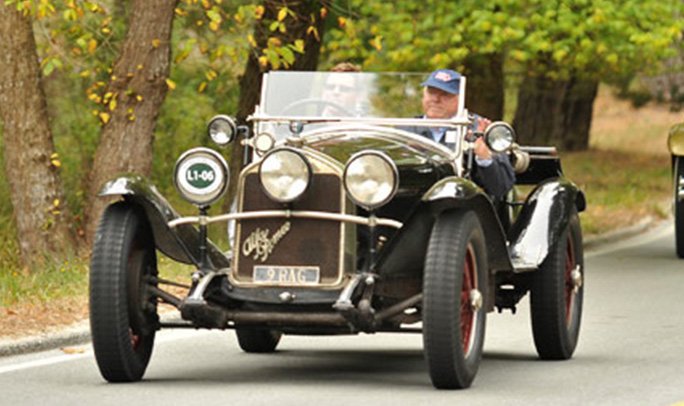 It is often said that Alfa Romeo made the greatest racing cars of all time, a marque which consistently produced vehicles with serious racing intent. For more than half a century (1894 – 1949), Alfa Romeo achieved more victories than any other manufacturer; Bugatti and Mercedes-Benz included. Alfa Romeo stood for unparalleled quality, cutting-edge technical design and elegant aesthetics.

The legend behind such engineering prowess was none-other than Viftorio Jano – an engineer history greatly remembers. Arriving from FIAT in 1923, under his influence, Alfa Romeo had no equal.

When the 6C 1750 launched in 1929 it burst onto the competition scene in dominant fashion. Demonstrating Jano’s genius, the 6C 1750 won each and every race it entered in 1929, including; the Grand Prix of Belgium, Ireland, Spain, Tunis, Rome and Monza, the Brooklands 24 Hours, the Ulster T.T. and finally the world-famous Mille Miglia.

The 6C 1750 Super Sport was made in 3 series until 1929 and subsequently renamed the 6C 1750 Gran Sport from the 4th series onwards. Alfa Romeo produced the rolling chassis and subcontracted the coachwork to its trusted partners. Zagato remained the factory’s firm-favourite for racing-based coachwork, mainly due to the Zagato Spider’s light weight and cutting-edge construction.

Receiving a class prize at the 2012 Pebble Beach Concours d’Elégance, this car is in remarkable condition throughout, which is extremely rare for a racer of this vintage.