In our first Car Of The Week instalment we are delighted to tell you all about a very special entry to the Chubb Insurance Concours; an elegant and rare 1939 Horch 853A Cabriolet, fresh from a four-year restoration, which currently forms part of a significant collection in Germany and will be entering the ‘Graceful Pre-war Motoring’ class. 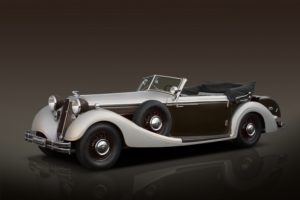 This Horch model was unveiled at the 1935 Berlin car exhibition and immediately caused a sensation as one of the most beautiful cars in its class. Immediately and quite unexpectedly there was a massive demand, which Auto Union was able to meet only with difficulty.

This impressively demonstrated the manufacturer’s intention to develop the car model known as the “big” Horch with a 5-litre engine into a model series of its own. Its coding had already been decided upon, with the type designation 850 applying to the basic model with the 8-cylinder engine and a cubic capacity of 5 litres. The code number 853 was earmarked for the two-door, two-window sport cabriolet right from the outset. By autumn 1937, these cars had received the 100 hp, 5-litre engine, which up to this point in time powered all “big” Horch cars.

The car’s first owner was German entrepreneur Hugo Poddig, owner of the Poddig Works in Berlin, who built his fortune in the construction of telescope antennae. After his death, his Horch, along with a collection of around 100 cars was sold to Daimler-Benz AG, who displayed the collection at the famous Museum of Technology in Berlin in 1981.

The current owner purchased the car in 2012, and spent the following four years painstakingly restoring it to its original condition – even finding and fitting the original engine to ensure its matching-number status – until it became part of the SK collection in August 2016.

“We’ve been working tirelessly on the 2017 Concours Show Field and the standard of early entries already confirmed is once again improved. From the Cobra entered in the class ‘Classic Sports Racers against the Stopwatch’ with amazing race pedigree – which is certainly one of the best examples of Carroll Shelby’s racing legacy – to the freshly restored Horch 853A Cabriolet which owners are bringing from their collection in Germany to display on the lawns of Blenheim Palace; 2017 will surpass previous years in being our best Chubb Insurance Concours d’Elégance event to date,” said our Concours Chairman, Andrew Bagley. 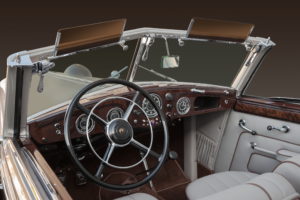 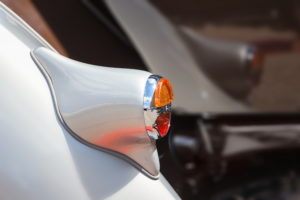 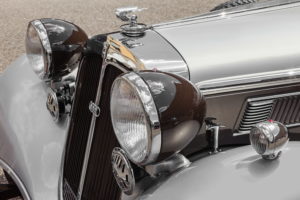 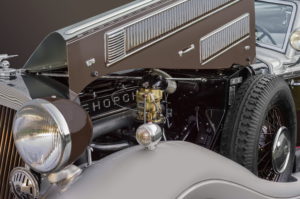