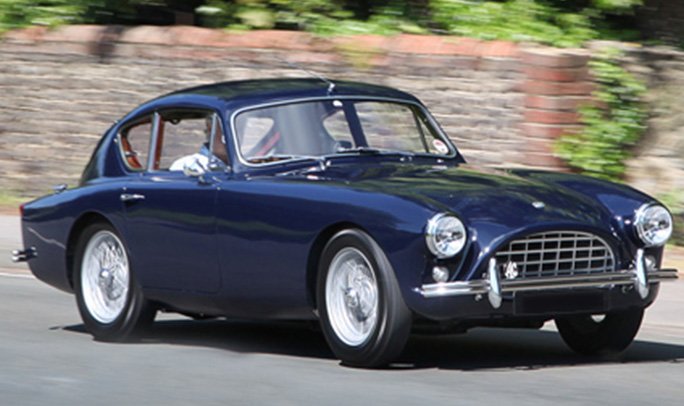 A hard-top version of the Ace, the fast-back styled Aceca coupe debuted at the Earls Court Motor Show in 1954 with a hand-formed aluminium body over a tubular steel framework. This chassis was a tougher, stronger variant of the Ace’s resulting in a comprehensively engineered, lightweight GT car built to AC’s exacting standards.

This example is an exceptionally rare car being 1 of only 8 produced with the 2.6 litre Ruddspeed Ford Zephyr engine. In total 4 were made with RH drive and 4 with LH drive.

Today only 6 models with the above specification survive. This car is a complete original matching numbers example. Interestingly, upon leaving AC’s Thames Ditton factory on the 14th August 1962, the car was delivered to none other than Mr Ian Fleming in the same year that he completed ‘The Spy Who Loved Me’.

In 2002 the car completed the Rome-Liege-Rome rally and in recent years has completed a number of long distance trips across Europe, only serving to highlight its credentials as a great Gran Turismo.