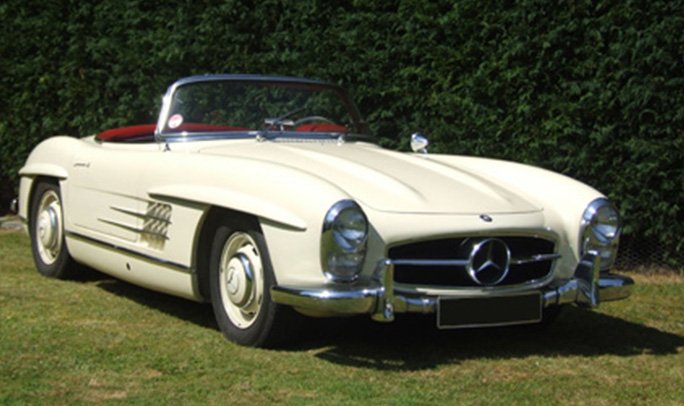 In original condition, this 1962 Mercedes-Benz 300SL represents everything a German roadster should aspire to be. Having covered less than 30,000 miles in the past 52 years, this 300SL is a worthy addition to the Chubb Insurance Concours d’Elégance.

Bodywork remains untouched and the car’s interior appointments are original and authentic. Additionally, all historic documentation has been retained, making this particular car a very important 300SL indeed.

Due to its limited mileage, the car looks, feels and drives exactly like an original 300SL Roadster. Few cars can take you back to a period of history like this one can.

The vehicle’s history is a colourful one. In the 1950s, the legendary Max Hoffman started importing luxury European cars into the U.S. Many automotive experts herald him as the reason why foreign marques started to gain traction in America.

Inducted into the Automotive Hall of Fame in 2003, Hoffman often made suggestions to European automakers about models they should build for the growing post-war American market.

When Mercedes-Benz won the Carrera Panamericana in 1952 with a W194 300SL Coupe, Hoffman approached Mercedes with an idea. He wanted to use the racing-derived tube frame from the W194 and its high performance 3-litre engine to create a road going sports car, aimed squarely at the upper-end of the U.S. market. Mercedes-Benz agreed and subsequently Hoffman placed an order for 1000 cars and thus the 300SL was born.

An instant sensation, the American market loved the Mercedes-Benz 300SL Coupe and with its striking looks and German build quality, it’s easy to see why.

After selling 1400 300SL Coupes, Mercedes-Benz believed the market was in need of an open-top sports car. Introduced in 1957, the 300SL Roadster would effectively replace the Coupe, more commonly known as the ‘Gullwing’. The car, whilst more expensive, was a resounding success.