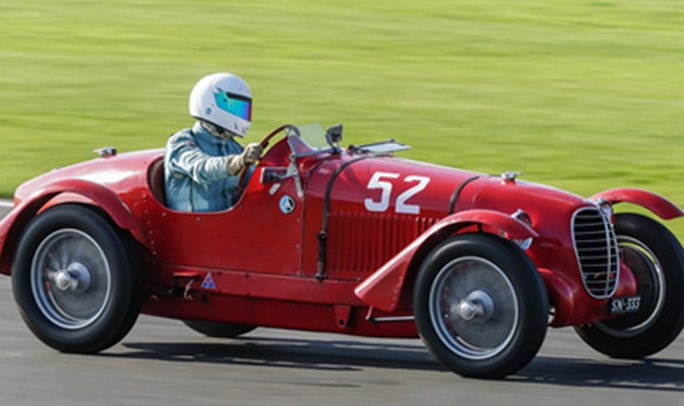 With a racing career spanning many storied years this 4CS is a phenomenal machine and one we are very excited to see.

The first recorded appearance of this diminutive, but ferocious racer, was at the Mille Miglia in 1931.

Impressively the car attained Mille Miglia class victories in 1935 and 1936 but the car’s engine blew in an attempt to achieve the ‘Mille Miglia hat-trick’ in 1937.

5 additional models soon followed, including single-seat racers and Grand Prix Cars. One of which was displayed at the Milan Motor Show in 1932 – the car adorned in resplendent Brianza coachwork.

The 4CS proved immensely popular with many privateers and customers – it’s not hard to see why!

A 4CS 1500 (1500cc engine) derivative with a fixed-head design was a further experimentation with a larger engine capacity; later innovations that followed include the 4CS 2000 and 2500 with revised engine blocks to support the larger engines.

The name 4CS was chosen because of its ‘cilimdi testa riportata (4CTR)’, representing the engine’s detachable cylinder-head design.

A top competitor in its period, this car is regarded as one of the world’s finest examples and is as breathtaking as it is quick.