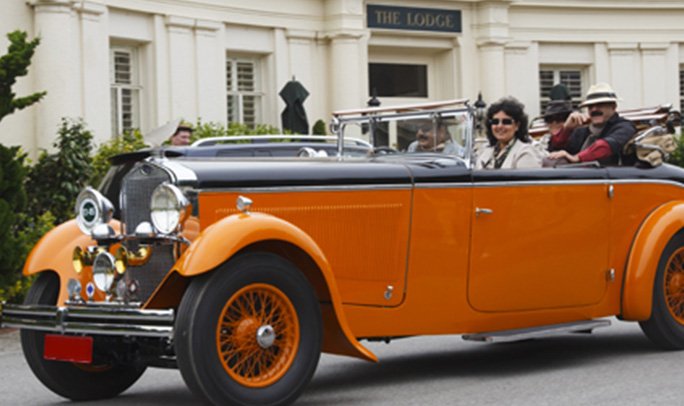 As one of the world’s most prolific classic car owners with a collection spanning several eras and marques, including the rarest models from esteemed manufacturers such as Mercedes, Rolls-Royce and Packard, it was only natural that Dr Ravi Prakash would be invited to show at Pebble Beach. Now, for the first time in the UK, two of his 225+ car collection will be on display at this year’s Salon Privé.

A keen collector, the Maharaja imported over £4 million pounds of art deco furniture from Europe – and, after personally visiting the London Auto show, was enchanted by Delage’s homage to the art deco movement resulting in another import – the Delage D8 S.

With a potent 120bhp 4050cc straight eight engine, the two door sports tourer was a worthy rival to the Bugattis of its time.

Cooch Behar, now part of the Indian State of West Bengal is a planned town built by Maharaja Nripendra Narayan in the late 19th century.

The 24th Maharajah, Nripendra Narayan died in 1922, leaving the princely state under the Regency Council presided over by his widow, Maharani Indiri Devi, whom he had wed in London in 1913.

Rather than being bodied by Rippon however, the car was sent to Maythorn & Sons of Biggleswade, Bedfordshire for an enclosed limousine body. Dunlop steel artillery wheels were fitted to special order, along with a 90mph speedometer and Smiths eight-day clock.

Dr Prakash – affectionately called ‘Doc’ by the vintage car world acquired his first ‘classic’ in 1979 – a Sunbeam-Talbot 1937, 2 litre sports tourer, willed to him by Retd. General Mahadevan, Commander of the Indian Army. Since then, Dr Prakash has currently amassed an incredible collection of over 225 cars in total.

“Ever since I acquired my first classic car over three decades ago – 1937 Sunbeam Talbot 2 litre, I’ve not looked back. My love of classic cars borders on obsession at times – The acquired passion and the encouragement from my wife Sabena, our daughters Rupali and Shefali are carrying on my legacy and making my dreams come true – I want the younger generation to explore the wonder and magic of classic cars. It was only be-fitting we enter two cars so that both my wife, myself and my daughters could drive on the prestigious tour together”.

Dr Prakash is currently developing the largest classic car Museum in India which will house his collection. Monies earned by the museum will be used for treatment of Road Traffic Accident victims. A spectacular collection, and a worthy cause.

Both of Dr Prakash’s cars will feature in our exclusive ‘Fit for a King’ class, showcasing cars from around the world with Head of State or Royal provenance.