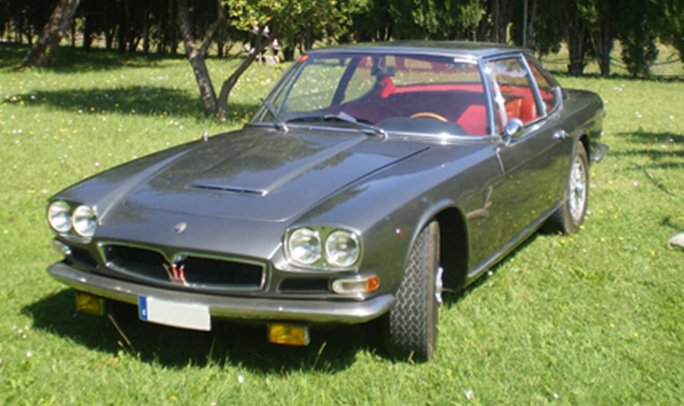 Making its international debut at the Chubb Insurance Concours d’Elégance at Salon Privé 2014, we are delighted to present the 1969 Maserati Mexico Prototype by Frua.

This 4.7 litre V8 powered coupe, built on the Maserati Mexico chassis, is a one-of-a-kind design by Frua. Frua, a renowned Italian coachbuilder, was born in Turin, the spiritual home of coachbuilding in Northern Italy and learned his craft at Scuola Allievi Fiat as an apprentice.  At the sprightly age of 22, Frua became Director of Styling at the Sabilimenti Farina, and some say, that he influenced early designs of the now iconic Vespa.

In 1994 Frua decided it was time to start his own company, he hired a small work force of 15 and purchased a factory equipped with everything needed to forge his own legacy in coachbuilding.

A legacy that can be seen in the form of the Maserati Mexico Prototype by Frua, which features in our ‘Celebrating 100 years of Maserati’ Class.

This particular model was sold after the Barcelona Motorshow in 1970. Interestingly, Spain was a hotbed for exotic and eccentric car purchases, this is partly due to a law passed by General Franco which stated that any marque appearing in one of Spain’s Auto Salons must bring at least five cars. Therefore, in order to complete their stands, smaller manufacturers often had to display prototype cars that were never intended to go into production.

As a consequence many collectors were able to acquire unique prototype motor vehicles with relative ease, as often manufacturers had little need for them afterwards. The purchases were made even easier by the fact the cars on display had to have import licenses already in place!

We are absolutely thrilled to announce that it makes its Concours debut at Salon Privé 2014.