In 1952 a young Ian Stewart, pioneer driver for Ecurie Ecosse, would visit Jaguar Cars in Coventry to collect his brand-new C-type. He would drive the car to its first race on Jersey to confront stiff competition from Aston Martin and Frazer Nash. The race was won at a gallop and in doing so he opened the first chapter in Ecurie Ecosse’s international motor racing career.

Considerable success on the racetrack ensued for Ecurie Ecosse, their trophy cabinet bursting at the seams with 59 podium places secured across the seven C-type chassis raced by the team. Through clever tuning by legendary team manager ‘Wilkie’ Wilkinson and meticulous planning by founder David Murray, they proved how capable the Jaguar C-type could be on the international stage and began a legacy that would take the Scottish national team to countless wins, including their crowning glory at La Sarthe.

The Jaguar C-type was a technological masterpiece. The first race car honed in the wind tunnel, first to use fuel ‘bag’ tanks (a technology borrowed from the aviation world) and the test bed for Dunlop’s revolutionary disc brakes. A steel spaceframe chassis formed the rigid backbone of these cars, clad in a lightweight, thin-gauge, streamlined aluminium body designed by Malcolm Sayer and powered by a silky smooth Jaguar ‘overhead cam’ straight-six engine. Stirling Moss once said: “I always really rated the C-type – for me it was a far better car than the D.”

Ecurie Ecosse have created a new car to pay homage to their past success. Current Ecurie Ecosse patron Alasdair McCaig said of their new car: “How better to celebrate the historic success of the Ecurie Ecosse C-types than to manufacture a batch of cars in their honour? The seven priceless chassis raced in period still exist today, coveted by their lucky owners, occasionally seeing the light of day for race or concours events. We are paying homage to these cars by creating a numbered sister car to each one. Meticulous in their detail, like their forebears, hand-built in Coventry and tuned by Ecurie Ecosse technicians.” 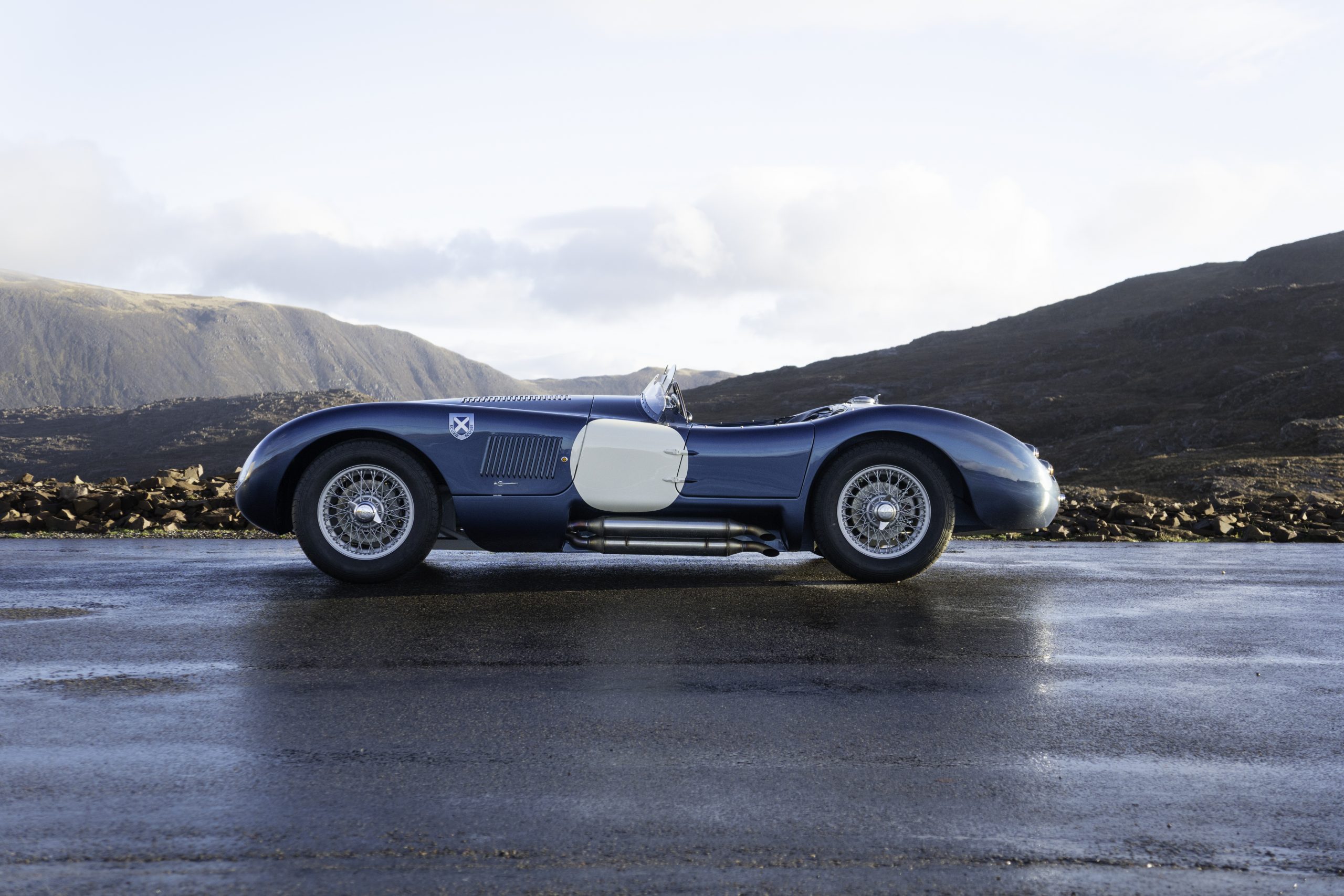 Ecurie Ecosse have retained all the key elements that contributed to the roaring success of the 1950s Jaguar racer while, in the true spirit of co-founder ‘Wilkie’ Wilkinson, making considered improvements. The aerodynamic shape remains, still crafted from thin-gauge aluminium alloy and mounted to a steel spaceframe chassis, but wider and stiffer than before, laser-cut for accuracy. The sonorous Jaguar straight-six XK engine remains too, although capacity has been increased to 4.2 litres and fuel injection fitted to bring power up to 300bhp.

The suspension and disc brakes have been uprated to cope with the additional performance and a five-speed gearbox added to maximise acceleration and top speed. The detail of the car is breath-taking, with the hand-crafted aluminium bucket seats clothed in supple blue leather by Crest, hand-airbrushed Ecurie Ecosse shields adorning the car’s flanks, and Tag Heuer ‘Master Time’ stopwatches on the dashboard. The first car is complete and available for viewing and test drive at their Henley-on-Thames dealership, Hofmann’s. 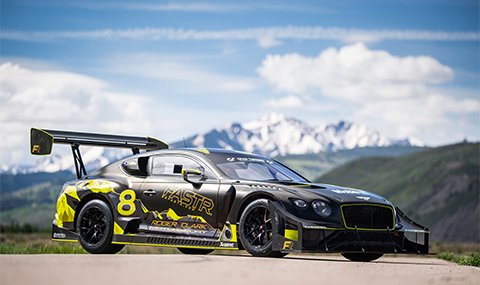 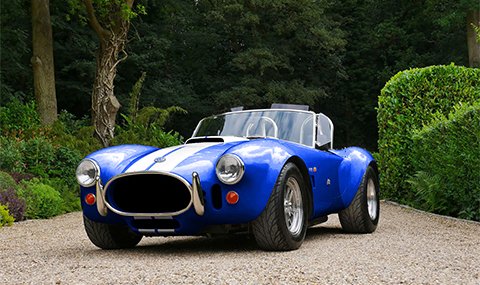 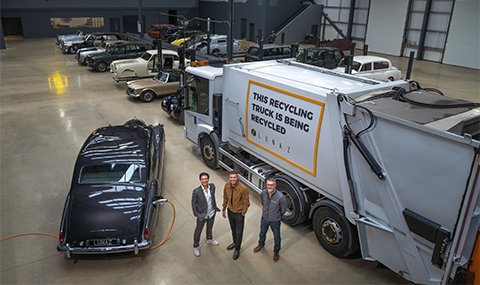 Bringing some serious metal for #FerrariFriday! --

With a backdrop of Britain’s Greatest Palace, Sa

Treat your Dad, Father-in-Law or Grandad to a very

As rare as they come - the one-off @Ferrari SP3JC!

Arranged in tables of 12, the Churchill Pavilion i

Our friends at @officialoctanemagazine have shared

‘The 911’! The perfect plate for this beautifu

As side profiles go... 📸 Photographer Spotligh

Inside the stunning and decadent Glass House, buil

It's spring bank holiday! Where did you driving to

The mighty @McLarenAuto #Senna finished in a Senna