Announcing the UK Concours debut of the 1991 Maserati Barchetta 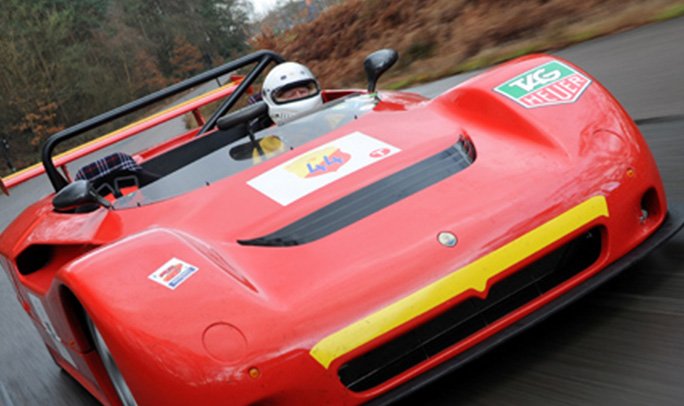 We are proud to announce the UK Concours debut of the 1991 Maserati Barchetta. 13 original Maserati Barchettas and 2 prototype Barchettas were produced in 1991/1992 in the De Tomaso Spa factory for Maserati. Given the exceptionally low production run it’s safe to say that this particular car is extremely rare, even amongst early 90’s racing/supercars.

Alejandro de Tomaso the mastermind behind De Tomaso, Maserati, Inocenti and Moto Guzzi had extensive plans for the “Stradale” version of the Barchetta. Developed under Alejando’s exacting standards the car was constructed following one of De Tomaso’s favourite automotive layouts, the fuel tank was housed within the central frame and the spyder body was constructed entirely in fibre/carbon fibre. Alejandro wanted this car to insert itself firmly into the now blooming consumer supercar market.

However, the intervention of Ferrari S.p.A via FIAT’s 50% stake in Maserati put an end to Alejandro’s plans and the introduction of the Maserati as a roadcar was soon cancelled. Many experts believe this was due to the quickly approaching introduction of the Ferrari F50. It is said FIAT wanted to avoid comparisons in speed and handling ability between the F50 and the Barchetta and thus consigned race history only.

This particular model was a works car for the Grandtrofeo Monomarcha Maserati Barchetta team. Drivers included Cor Euser, Beppe Schenetti and Giorgio Cippoli. It was kept in racing condition during the the two year series and was sold in 1993 to the Danish racing team, Highclass Racing. The car was recently owned by well-known academic and enthusiast Sir Drummond Bone who sold the car to its current owner in 2014.

Our Barchetta is perennially kept in racing condition and has performed in events including the 90th Anniversary of Maserati and the Vernasca Silverflag Hillclimb.

In its entire history this example has not once been converted for road use, instead choosing to stay true to its racing roots. As of today it is said only 5 or 6 Barchettas kept their original racing set-up only adding to their value.

The Barchetta marked the return of Maserati as constructors of pure racing cars. All original Barchettas are now with private collectors who safeguard the future of a racecar that took took the automotive world by surprise.