As the last ever Breitling and Bentley watch leaves the factory, the two brands look back on their 19-year partnership and its defining moments

Swiss watch brand Breitling and British luxury car maker Bentley have been working together for 19 years, the longest ever serving partnership between a watch brand and a luxury car manufacturer. The partnership began in 2002, when Bentley and Breitling came together to design the onboard clock for the first ever Bentley Continental GT, which was debuted in 2003. Following this, the partnership has created some of the most notable watches in Breitling’s history. The last Bentley Breitling Tourbillon now leaves the factory – set to be an iconic collectors’ timepiece for generations to come – and representing the final collaboration between the two brands. 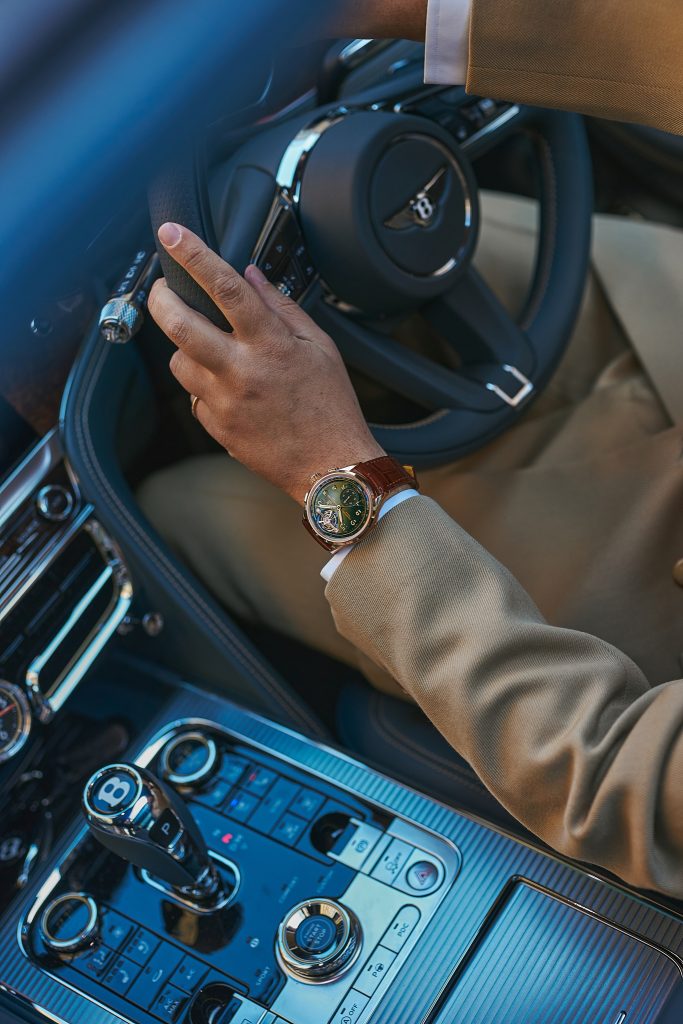 For the past two decades, Bentley and Breitling have collaboratively achieved extraordinary levels of luxury for their customers. Today, they announce that they will be parting ways at the end of 2021, remaining firm friends, having shared many experiences and achievements together.

In April 2021, the new Breitling Premier B21 Chronograph Tourbillon 42 Bentley Limited Edition launched, joining a range of other collaborations between the two brands. The last piece of this most recent timepiece has now been finished and will soon be enjoyed by its new owner.

Adrian Hallmark, Bentley Motors’ Chairman and CEO commented: “The long-standing collaboration between Bentley and Breitling demonstrated that when two like-minded brands work together authentically, the performance of both is enhanced. We look back on the past two decades with great affection and send our warmest best wishes to the Breitling team for the future.”

Georges Kern, the CEO of Breitling, said: “We’re proud of what we have accomplished together and after 19 years, Breitling and Bentley are embarking on their own new journeys. I know that Bentley will continue to define excellence in the automotive industry. The final Bentley Tourbillon leaving our factory represents a moment of positive reflection for us all.”

It’s time to look back at some of the highlights of the past two decades. The partnership can be traced back to 2002, when Bentley was designing the car that would go on to become the Continental GT. Bentley commissioned Breitling to create an onboard clock that would reflect the unparalleled luxury, quality, and performance of the new grand tourer, which was debuted in 2003.

Breitling’s official sponsorship of Team Bentley at the 24 Hours of Le Mans race was a highlight for both brands. Bentley returned to Le Mans in 2003, where the famous “Bentley Boys” had achieved their greatest victories in the late 1920s, Breitling was Team Bentley’s proud main sponsor and celebrated it with the Bentley Le Mans Limited Edition Chronograph.

Bentley’s high-speed performance wasn’t limited to the racetrack. In 2011, a special version of the Bentley Continental GTC Supersports set a new world record on ice when driver Juha Kankkunen, wearing a limited-edition Breitling Bentley Supersports Light Body watch, achieved a speed of 205 mph (331 km/h), shattering the previous record, which had been set by Bentley four years earlier. The drive took place on the frozen waters of the Baltic Sea.

In the same year, Breitling also created a dashboard clock featuring a Tourbillon complication for the ultimate luxury SUV, the Bentley Bentayga. This is in fact the most valuable item that Bentley has ever installed in a car, aside from the cars themselves! It is products like these that illustrate the power of the two brand’s joint performance. 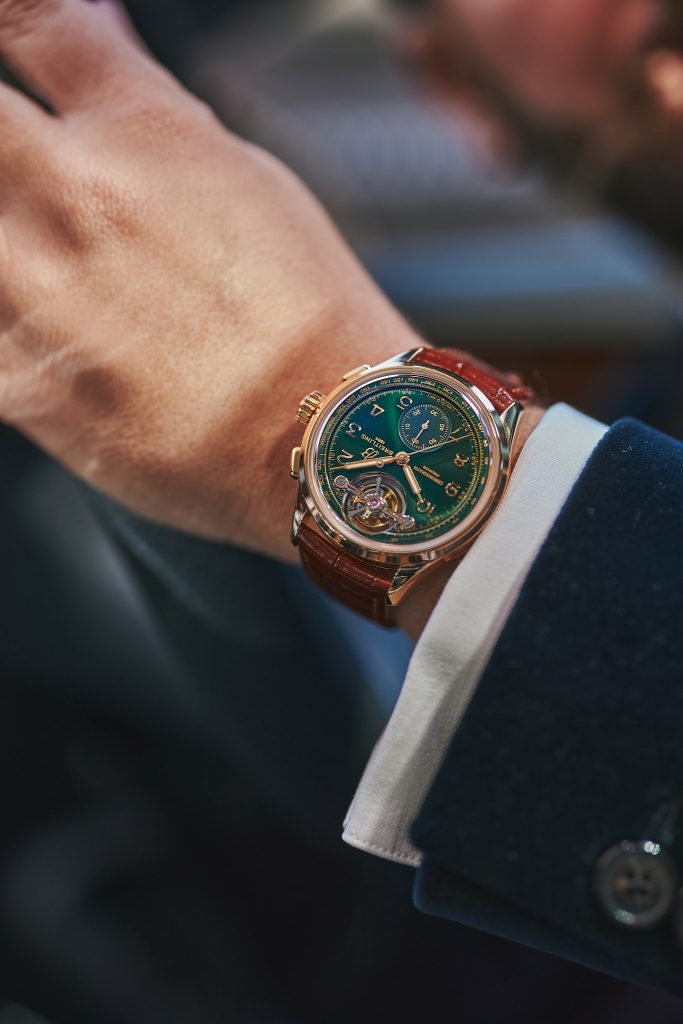 In 2015, Breitilng and Bentley unveiled the Bentley Continental GT Speed Breitling Jet Team Series at the Seattle Boeing Seafair Airshow. In tribute to the Team’s engineers, flight controllers and pilots – a limited edition of just seven totally unique Bentley Continental GT Speeds was commissioned by Breitling. The magnificent seven cars featured two-tone exteriors of Onyx and Hallmark to reflect the striking livery of the Breitling jets.

In 2018, Breitling launched the Premier B01 Chronograph 42 Bentley British Racing Green. Powered by Breitling’s flagship Manufacture Caliber 01 in-house mechanical movement, which is visible through a unique transparent caseback with a metalized Bentley logo. These timepieces also have an engraved plate with a “Bentley” inscription inspired by the dashboard of the historic supercharged 1929 “Blower” Bentley.

A year later, on the occasion of Bentley’s centenary and to celebrate its partner’s 100 years of luxury motoring excellence, Breitling launched the Premier Bentley Centenary Limited Edition. Produced in 18K red gold and stainless-steel versions, they featured unique brown elm burl dials, a nod to the wood inserts in their Continental GT Number 9 Edition taken from the seat of Sir Tim Birkin’s legendary Bentley Blower from 1930.

As the journey shared by Breitling and Bentley draws to a close after nearly two decades, it is appropriate that the final chapter is defined by the ultimate in luxury watchmaking, the Premier B21 Chronograph Tourbillon 42 Bentley Limited Edition, produced in an exclusive series of 25 pieces. The final piece from the series is now on its way to its owner. It marks a fitting end to a partnership which has always been characterized by two great brands’ joint commitment to pioneering spirit, expert craftsmanship, exquisite design and technological excellence