A British Icon – The Aston Martin DB4 Series I 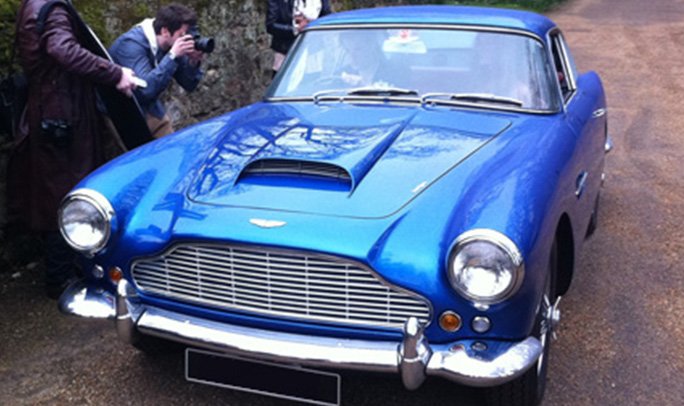 Entirely original and unrestored, this Aston Martin DB4 Series I is thoroughly charming. Completed in 1959, the car has enjoyed few owners over the years.

A British icon, the DB4 was a car which, in many ways, helped shape the future of Aston Martin. Replacing the DB MK III, the DB4 was a technical and design masterpiece.

In terms of design and performance, the DB4 formed the basis for future Aston Martin classics, including the DB4 GT Zagato, the Lagonda Rapide 4-door saloon and its ultimate replacement the Aston Martin DB5.

The lightweight superleggera (tube-frame) body was designed by Carrozzeria Touring in Milan and its Continental looks caused a sensation on its unveiling at the 1958 London Motor Show.

Although the design and construction techniques were Italian in origin, the DB4 was the first Aston Martin to be built at the company’s Newport Pagnell works in Buckinghamshire, England.

This particular Aston Martin DB4 is a Series I example and is identified by the single-rear lamp on a chrome mounting; later models had three smaller lamps installed. Furthermore, the Series I offered slightly smaller overall dimensions when compared against future iterations.

This car has been with the same owner for most of its life, having only one other previous owner in New Zealand.

Completely original, this is a rare specimen and a car that has to be seen to be appreciated.