100 years to the day since the first race win for a Bentley, the winning car itself – known as EXP2 – returned to the famous Brooklands Racetrack in Surrey yesterday to lead a cavalcade of 3-Litre Bentleys to celebrate the centenary of its victory.

EXP2 is the oldest Bentley in the world, and only the second car ever built by W.O. Bentley’s fledgling company in 1921. EXP2 led a field of 24 3-Litres from across the country, which formed up on the remaining section of the banked Brooklands circuit where Bentley took its first win on 16 May 1921. On that day, the car took victory in the Whitsun Junior Sprint Handicap at the hands of ‘works’ driver Frank Clement, starting a series of race wins for the 3-Litre model that culminated in two victories at the 24 Hours of Le Mans – Bentley’s first in 1924, driven by Clement and John Duff, and again in 1927. Between those successes, in 1925 Duff also used a 3-Litre to secure a total of 21 world records over the course of 24 hours. 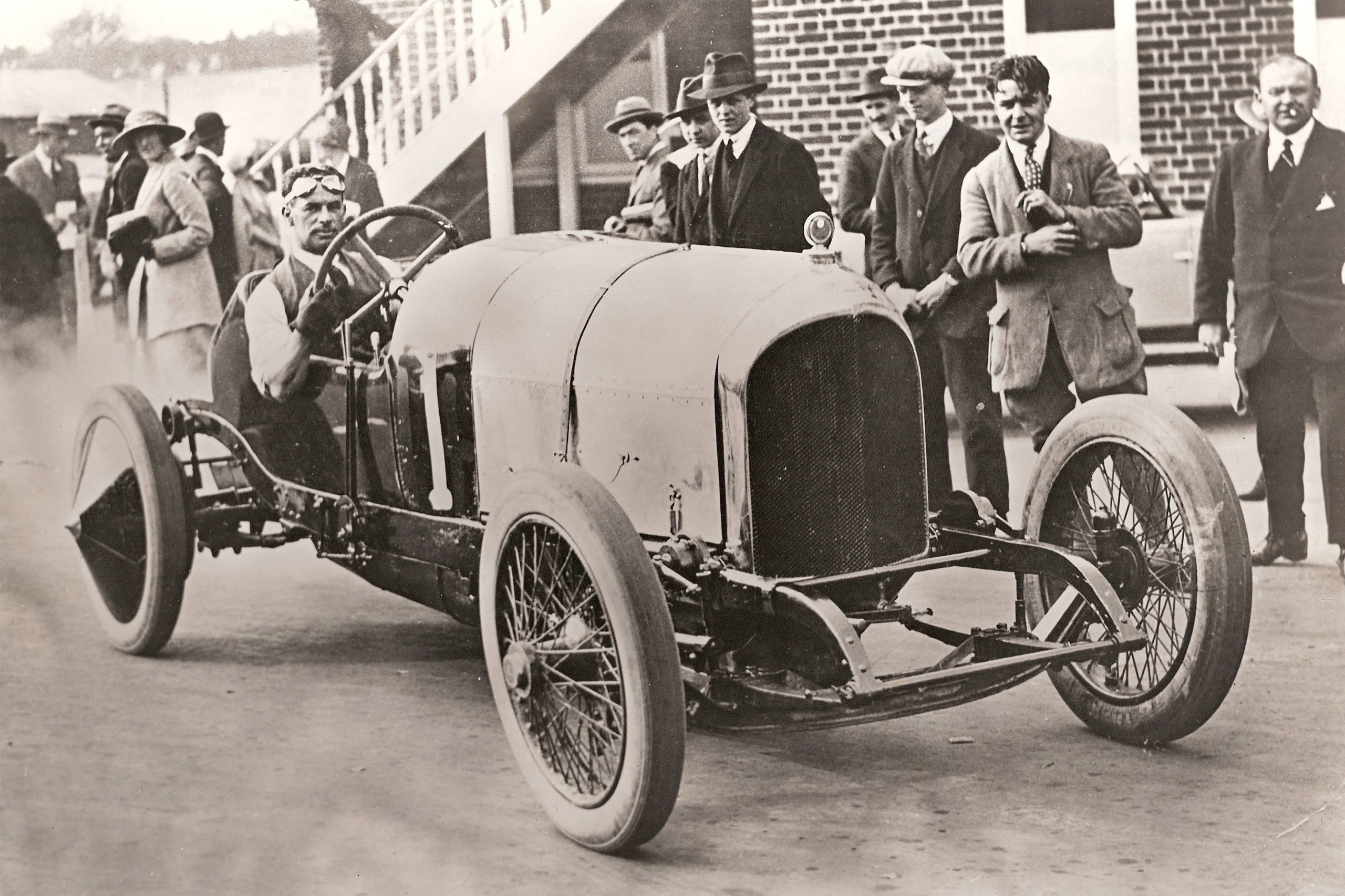 These early victories for the 3-Litre engrained motorsport in the foundations of Bentley, and paved for the way for more than 1,600 3-Litre models to be produced and sold.

The collection of 3-Litres and the event itself was organised by the Bentley Drivers’ Club, whose chairman Richard Parkinson comments:

“Motorsport success is a huge part of Bentley’s  heritage, as it is for the Bentley Drivers Club. We were therefore determined to mark the centenary of the first Bentley racing win on 16 May 1921 at Brooklands on the very same date this year with the actual car, EXP2 itself, kindly provided by Bentley Motors.

“We will continue as a Club to celebrate ‘100 years of Bentley Racing Success’ at our Annual Silverstone Meeting on 7 August which I am delighted to say Bentley Motors is supporting with a display of significant cars from the Heritage Collection.” 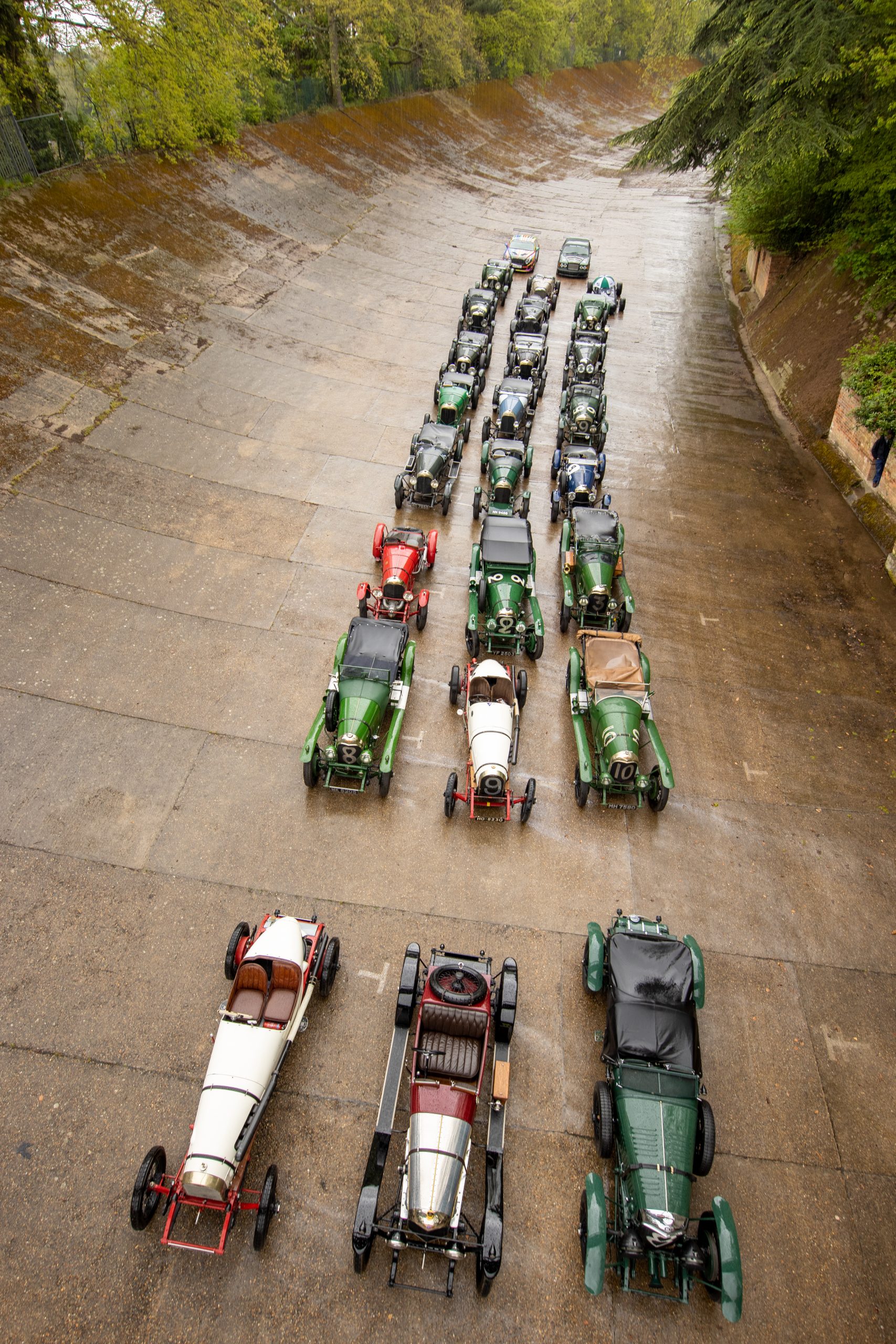 EXP2 – The Oldest Bentley in the World

After founding his company in 1919, it took two years for W.O. Bentley to develop the engine and chassis of his first production model – the 3-Litre, a car that he went on to produce 1,622 examples of between 1921 and 1929. Crucial to that development programme were the Experimentals – or EXPs for short. EXP1 came first, and was the very first car to wear the Bentley badge. EXP2 was next, and while EXP1 was lost to history (and may well have been cannibalised to create the other EXPs), EXP2 has survived for a century as the oldest Bentley in existence.

EXP2 was originally constructed with a plain two-seat body, to serve its function as a development testbed for the engine – incredibly advanced for its time – and chassis. It was later rebodied with dark red bodywork and an aluminium bonnet, crafted by coachbuilders JH Easter of Chagford Street.

It’s first race was only nine days before its first win. At the hands of Frank Clement, it competed at Brooklands on Saturday 7 May 1921 but failed to finish. Whatever gremlins had disturbed that first race were banished by the following weekend, and when the car took to the track again on Monday 16 it came home victorious for the first time.

EXP2 carried on with its split career of development testing and racing for two years, before being sold in September 1923. The car was completely rebuilt to its original specification around 25 years ago, and is now one of the most important members of the Bentley Heritage Collection.