Cars at the Palace

Yesterday’s ‘Cars at the Palace’ was a roaring success with over 100 super, sports & classic cars proudly gleaming in the Oxfordshire sunshine. The atmosphere was intoxicating with enthusiasts, young and old enjoying the fabulous machinery on display to celebrate the new launch of Blenheim Palace Classic & Supercar. 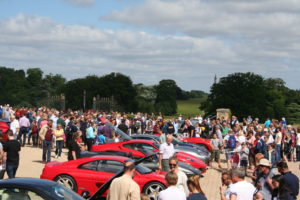 The family-friendly event will showcase more than 350 of the world’s greatest classic and supercars in the stunning surroundings of the Oxfordshire World Heritage Site.

The Pirelli Prestige & Performance Competition is the focus of the day, featuring 80 sensational super and hypercars built from 1976 to the current day and hosted within the Palace’s Great Court.

With eight pre-selected classes including ‘Hypercars from the Lawn’, ‘Super Roadsters’, ‘30th Anniversary of the Ferrari F40’, ‘Pin Ups’ and ‘Porsche 911 Targa’, it’s an exciting competition culminating in the Winner’s Parade later in the afternoon. Details of the full classes can be found here.

Other highlights include one of the largest gatherings of Ferraris ever seen in the UK; with 150 examples of the world’s most famous sports car manufacturer coming together to celebrate the 50th anniversary of the Ferrari Owners’ Club and the 70th anniversary of Ferrari itself. On top of this media partners, PistonHeads will join with a paddock display of 50 sensational supercars. 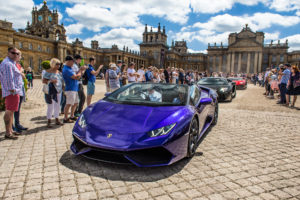 “This truly is a must-attend event for every car lover and enthusiast; it is an unmissable opportunity to see the most extravagant and spectacular hypercars, supercars and classic cars on the planet, all at the most affordable price imaginable,” said Andrew Bagley, Co-Founder of Blenheim Palace Classic & Supercar.

“Set against the equally spectacular backdrop of what is undoubtedly ‘Britain’s Greatest Palace’, this new show allows visitors to get closer than ever before to the world’s greatest automotive marques such as Aston Martin, Bentley, Ferrari, Koenigsegg, Lamborghini, Maserati, McLaren, Noble, Pagani, Rimac, Rolls-Royce, Zenvo and many others,” he added.