The most extreme road-going Bentley ever built, the car represents another strand of Bentley’s ambitious and transformational Beyond100 programme, which will see the brand become the world’s leading sustainable luxury mobility company. 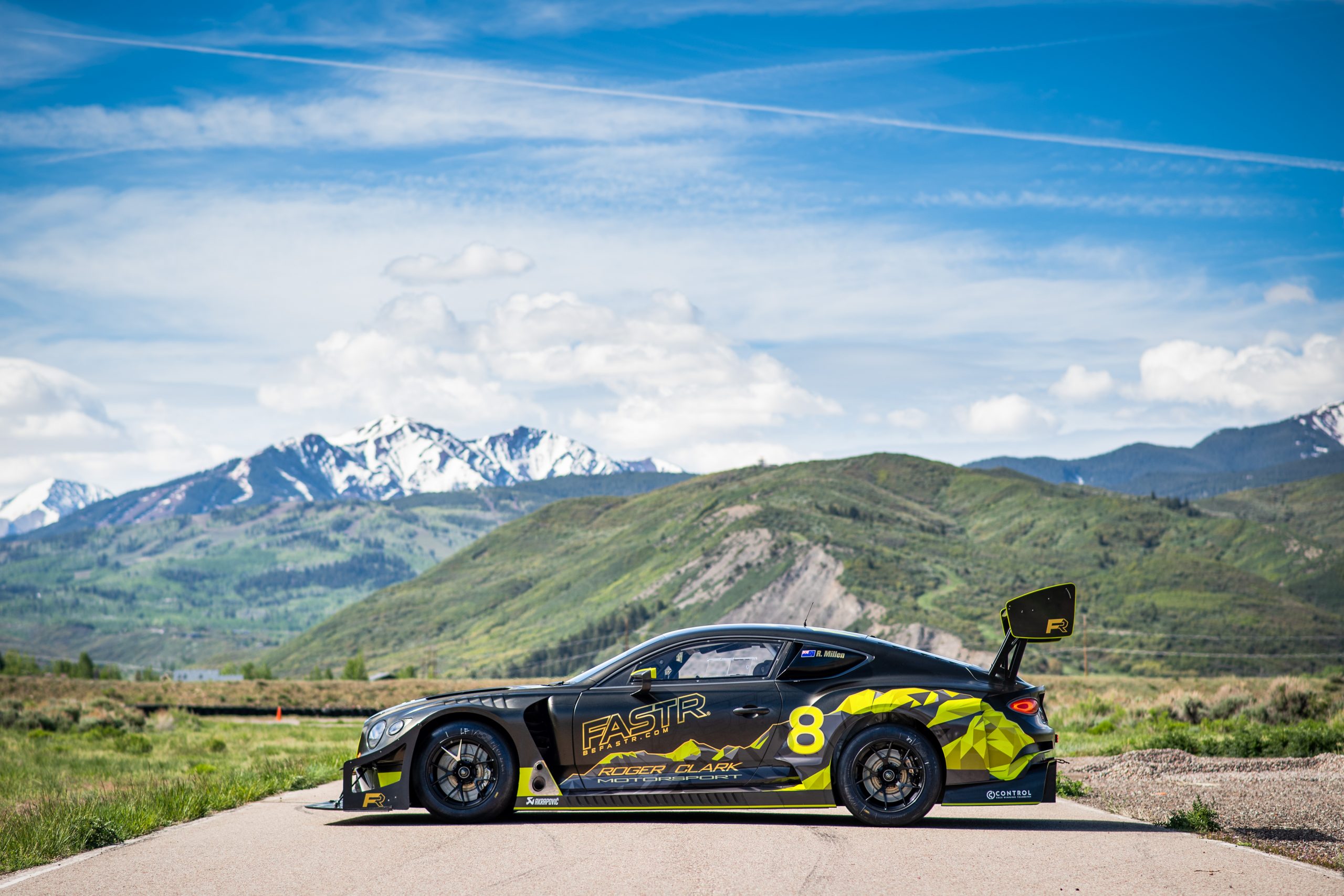 For its assault on Pikes Peak on 27 June, the car will run on renewable fuel, initiating a research and development programme that aims to offer renewable fuels to Bentley customers in parallel to Bentley’s electrification programme. This two-strand strategy is set to maximise the pace of Bentley’s progress towards outright carbon neutrality, as part of its Beyond100 journey.

With the start line at 9,300 ft, the course climbs to 14,100 ft – where the air is a third less dense than at sea level. This environment means that the Continental GT3 Pikes Peak features modifications to its aerodynamics package, its chassis and its engine, turning it into the most extreme iteration of a Continental GT – or indeed any Bentley road car – ever.

The engine – based on Bentley’s race-proven version of its 4.0-litre twin-turbo V8 road car engine – has been thoroughly reworked to generate more than 750 bhp and 1,000 Nm at sea level for testing – and the engine will run even higher power levels for the race itself New pistons and conrods are installed to turn additional boost pressure (over 2.2 bar) into power, having to handle an increased dynamic pressure ratio. The carbon fibre intake manifold is thicker and reinforced versus the standard item, for the same reason. Custom, one-off Inconel exhaust manifolds have been 3D-printed via laser sintering by Akrapovič, and lead to larger turbos paired with external wastegates, venting into very short exhausts and dedicated screamer pipes that exit behind the front wheels. 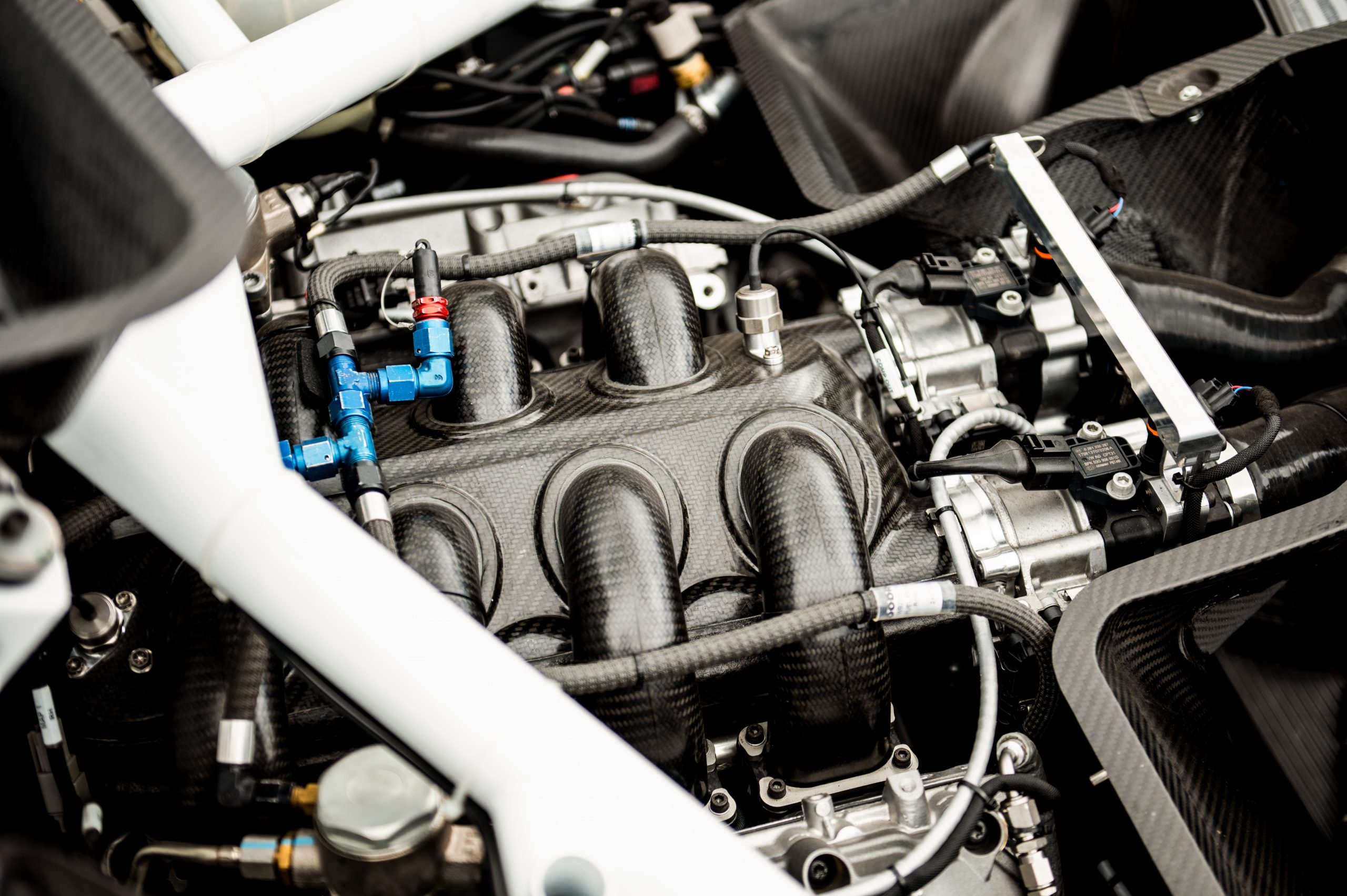 The engine runs on 98RON Renewable Racing Fuel. The fuel is a dedicated blend of advanced biofuels specifically designed for motorsport, and is a technological stepping stone to sustainably-created eFuel with a greenhouse gas reduction of up to 85 per cent.

The high performance engine places additional demands on the cooling system, and for Pikes Peak the engineering team have developed a secondary cooling system that’s installed at the back of the car. Air scoops replace the rear windows, and channel air through a secondary radiator that exhausts through ducts in the boot lid. The system runs via a dedicated secondary water pump.

The gearbox is Bentley’s standard racing unit, already designed to handle the torque loads involved, but rear driveshaft diameter has been increased to provide additional durability. The gearbox runs a specially-formulated lubricant created specifically for the car by Mobil1, who have also supplied high-performance oil for the engine. 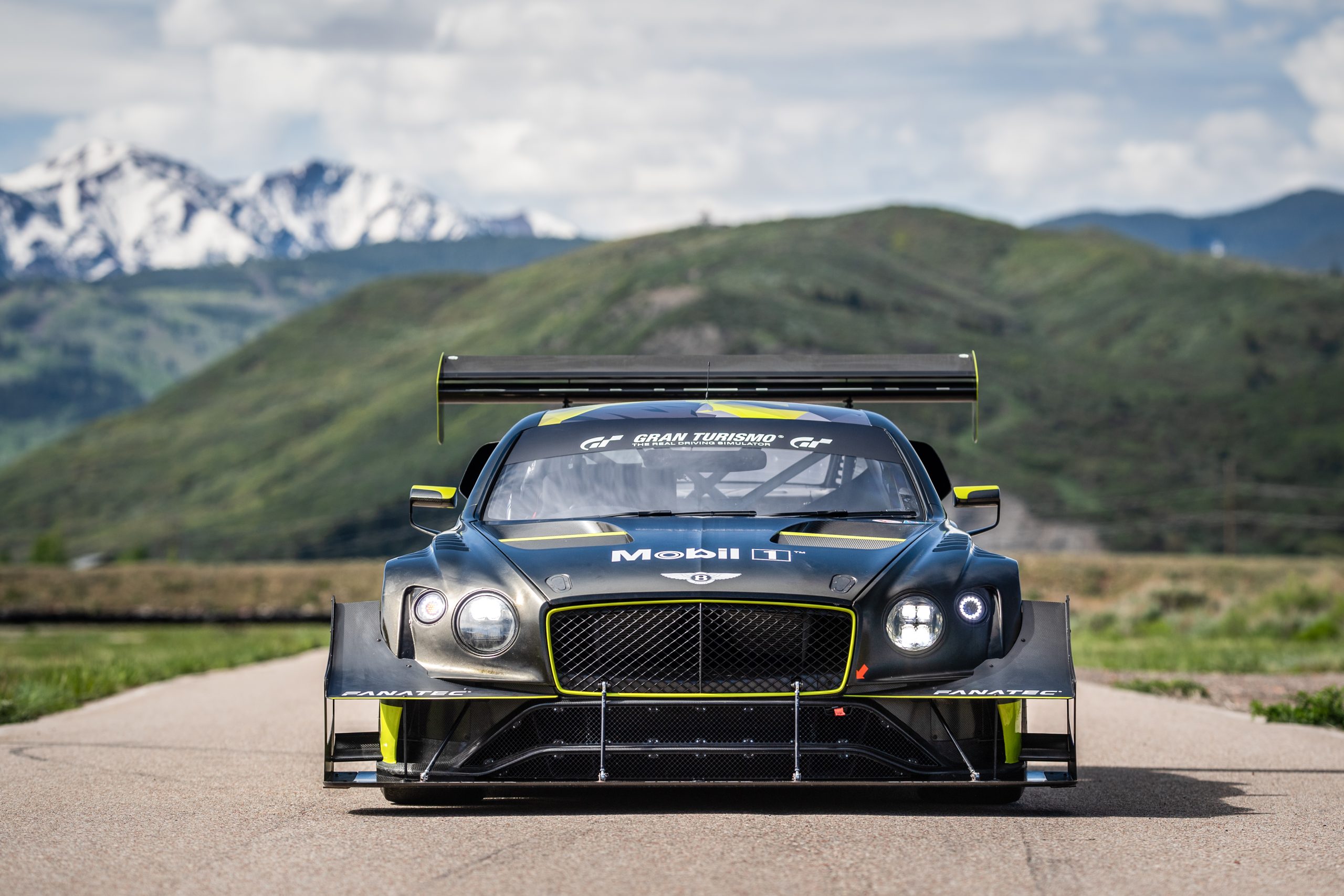 The chassis has been set up and tuned to suit the specific nature of the Pikes Pikes course. Both front and rear axles run significantly reduced camber to the standard Continental GT3 setup, focusing the car on low-speed cornering performance. The softest springs and anti-roll bars from Bentley’s range have been fitted, to allow more movement in the body and so maximise weight transfer for braking. The brakes themselves are water-cooled, to handle the increased loads that an all-out attack on the course will bring.

The aerodynamic modifications sees a 30 per cent increase in overall downforce at sea level, while maintaining the standard car’s aerodynamic front / rear balance – validated during the first track sessions. The biggest rear wing ever fitted to a Bentley dominates the rear of the car, sitting above a highly efficient rear diffuser that surrounds the transaxle gearbox. To maintain the aerodynamic balance front-to-rear, these devices are paired with a comprehensive front-end aerodynamic package comprising a two-plane front splitter flanked by separate dive planes. The majority of these parts were made with carbon nylon filament using rapid prototype, additive manufacturing techniques at the Bentley factory in Crewe. 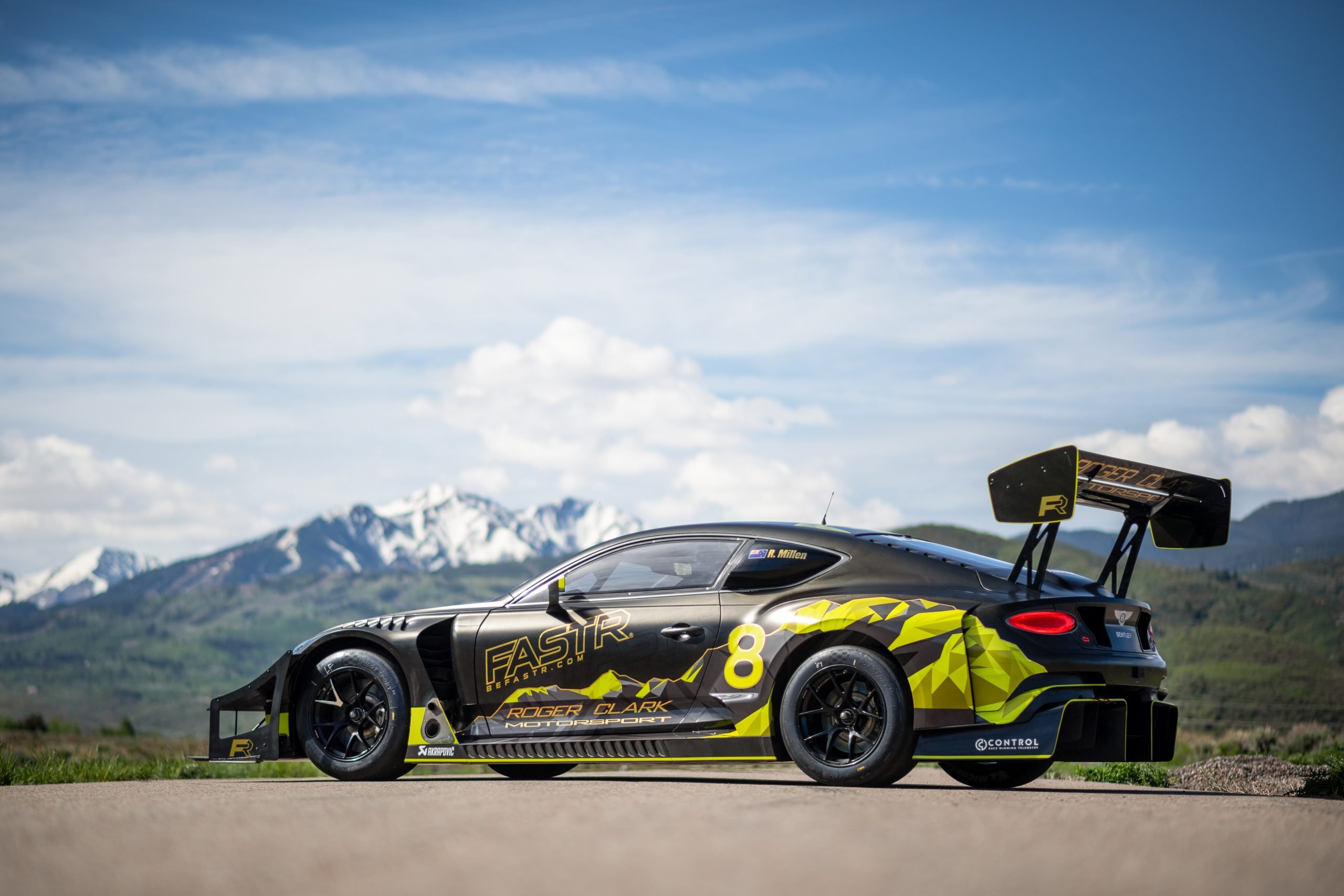 The car is now resplendent in its race livery, which combines the black-and-gold theme of Roger Clark Motorsport (that runs the car in the UK) with Bentley’s instantly-recognisable Pikes Peak mountain graphic that featured on the Pikes Peak variants of the Bentayga and Continental GT.

An Extraordinary Team for a Triple Crown Attempt

Bentley’s pinnacle Pikes Peak project – its bid for the third and final part of a triple crown – is being run in conjunction with British Continental GT3 customer team Fastr, who have successfully campaigned their Bentley race car in time attack competitions across the country. Technical teams from Bentley and Fastr have worked together with specialists from M-Sport in Cumbria to extract the maximum possible performance from the Continental GT3 package, which will be run in Colorado by the same team.

Two parallel testing programmes have yielded promising results over recent weeks. On arrival in the USA, the Continental GT3 Pikes Peak was immediately put through its paces with two chassis set-up development tests at Willow Springs. High altitude testing then took place in Aspen, Colorado, focusing on engine performance and calibration. Meanwhile, back at the base of M-Sport in Cumbria, a development engine has been running on a high-load test bed, evaluating the performance of the renewable fuel selected by Bentley for the event – with powerful, reliable results. 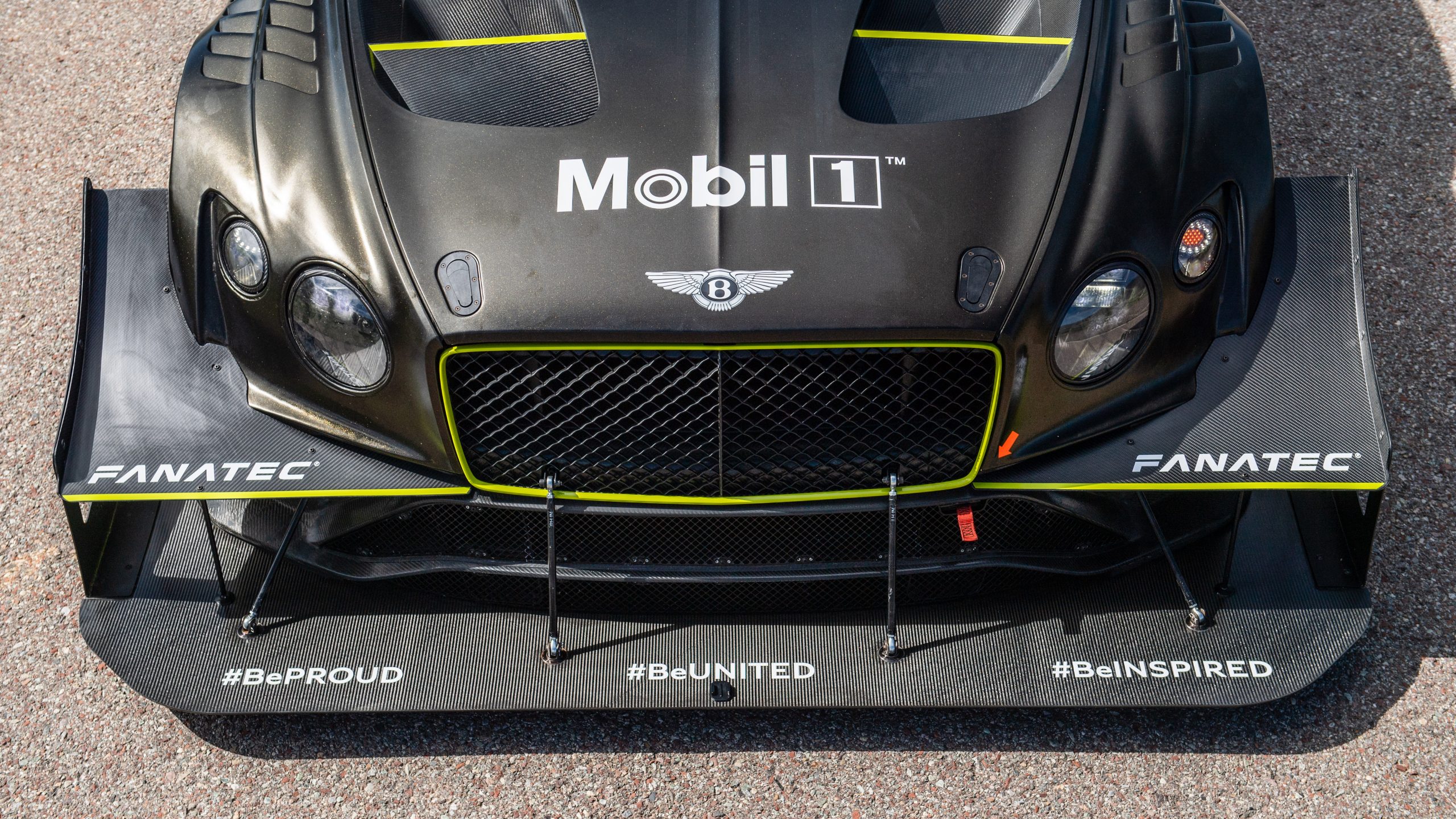 To break the record, the car will have to complete the nearly 5,000 ft climb, which includes 156 corners, at an average speed of more than 78 mph to cross the finish line in less than nine minutes and 36 seconds. Three-time Pikes Peak champion and former “King of the Mountain’ Rhys Millen (NZ) returns to drive, having captured Bentley’s two existing Pikes Peak records – the Production SUV record attained in 2018 with a Bentayga W12, and the outright Production Car record scored in 2019 with a Continental GT.

The Continental GT3 Pikes Peak continues its final testing and development activities over the next two weeks, ahead of the 99th running of the Pikes Peak International Hill Climb on 27 June.