Lunaz is a rapidly growing technology company that upcycles and converts motor vehicles to its proprietary electric powertrain. Today, it announces an ambitious new growth phase following backing by a group of strategic investors.

Lunaz provides a proven response to the requirement legislated by global governments to sustainably transition vehicle fleets to clean-air powertrains. 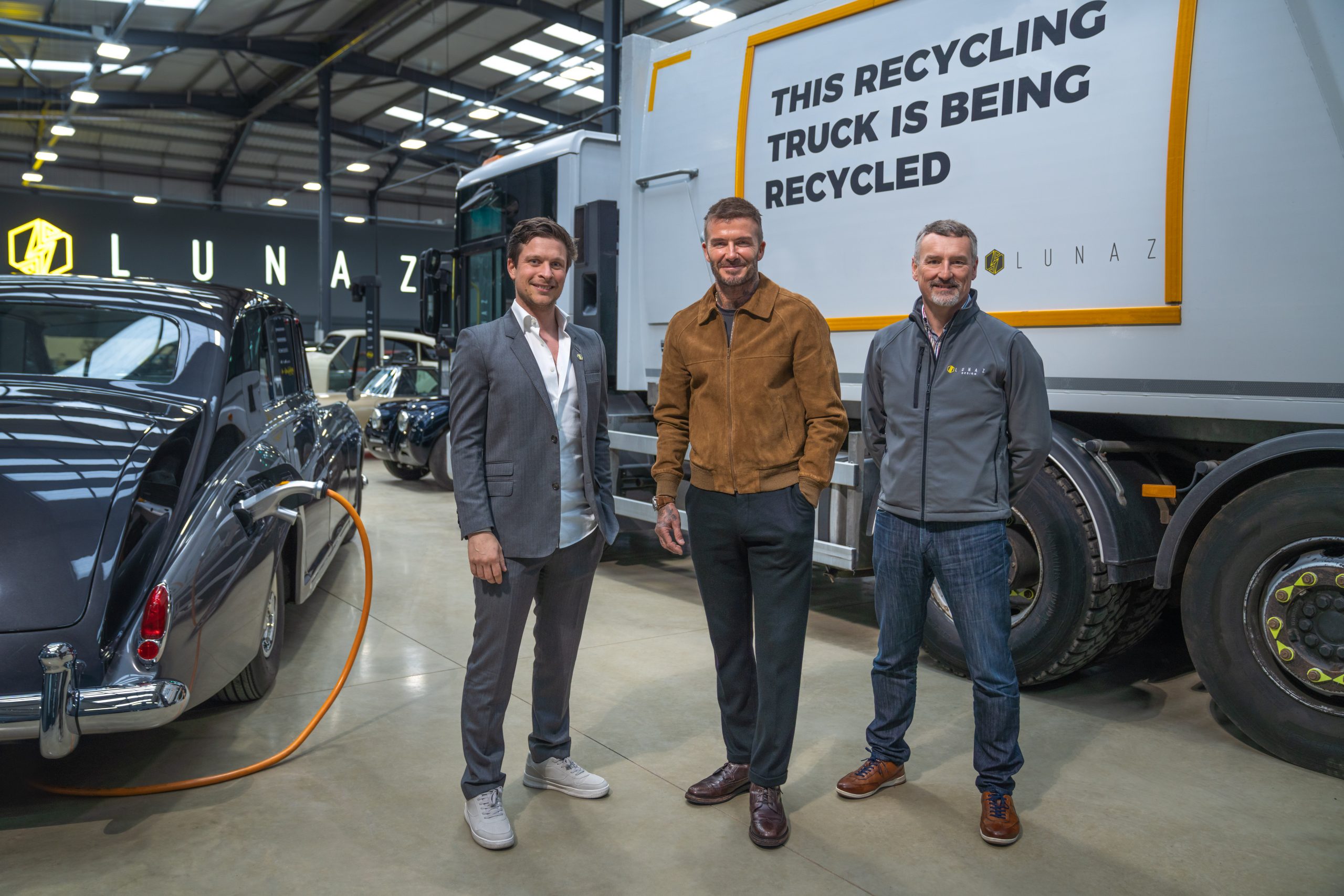 David Beckham is joined as an investor by the Reuben and Barclay families and Alexander Dellal. They join founding investors; Navid Mirtorabi and CJ Jones who are both entrepreneurs and investors in clean-tech startups. Through his investment arm Beckham has successfully identified and backed fast-growth start-ups in sectors as diverse as eSports and athletic recovery products. He took a 10% stake in the company.

The company established its global leadership in vehicle electrification through its work furthering the legacies of the most celebrated classic cars in history. Bringing to market the world’s first fully-electric Range Rover, Bentley, Rolls-Royce and Jaguar sports cars through its Lunaz Design brand. It did this to much global customer and critical acclaim. The 1961 Bentley Continental Flying Spur by Lunaz was awarded by BBC Top Gear in its ‘Electric Vehicle Awards’ issue.

Since Lunaz started production of its first cars in 2019 it has drawn an entirely new generation to some of the most revered marques in history. They have been compelled by the answer electrification provides to the key questions of reliability, usability and sustainability that surround classic car ownership. This growth has accelerated as individual and hospitality buyers across the globe rebalance their fleets in response to increasing pressure from legislators to limit the use of high-emissions vehicles in city-centres.

The company is headquartered in Silverstone, Britain’s advanced automotive technology heartland. It is the fastest-growing and now largest company by manufacturing space and employees within the Silverstone Technology Cluster. 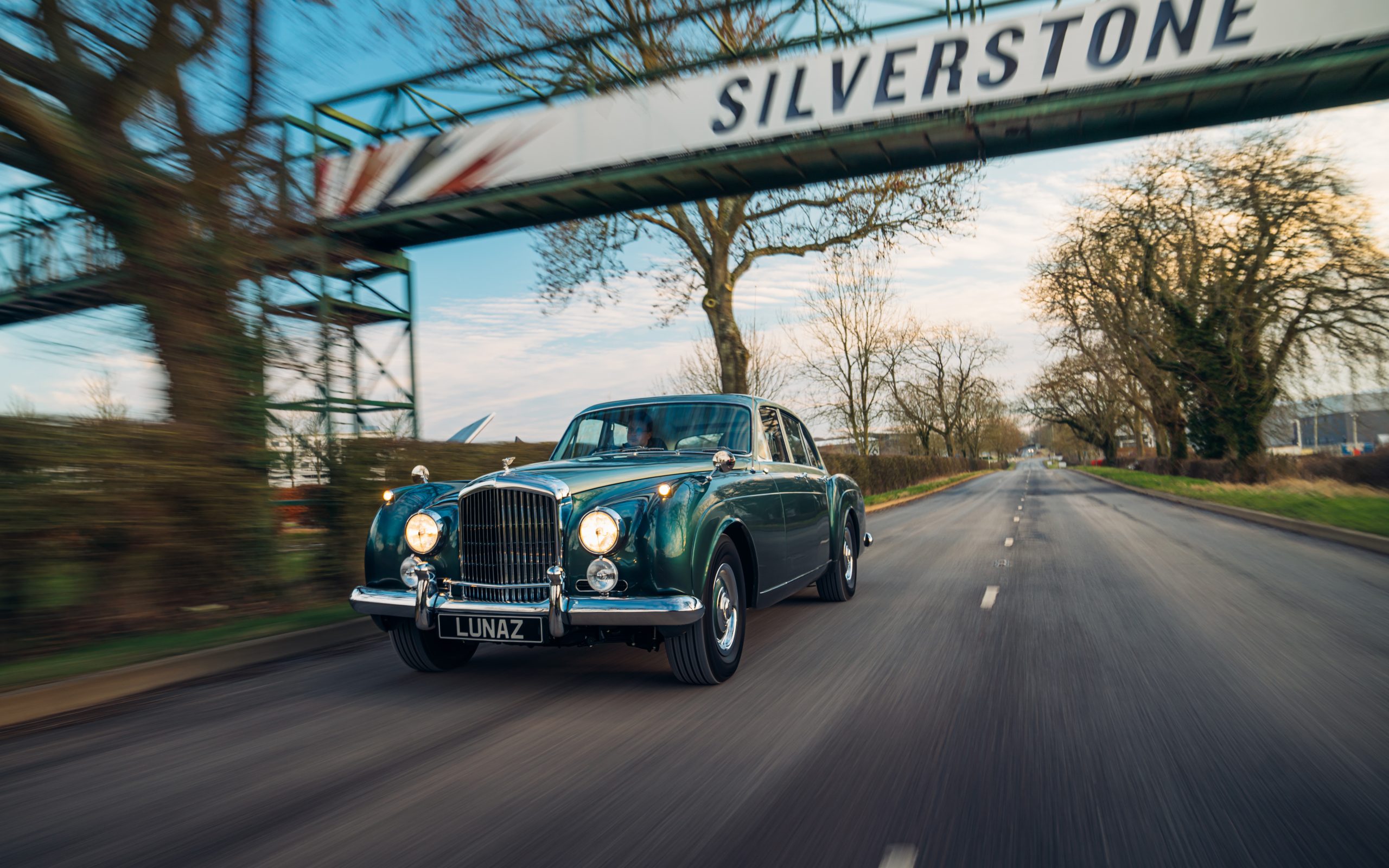 EXPANSION TO THE ELECTRIFICATION OF INDUSTRIAL VEHICLES

“The upcycling of existing passenger, industrial and commercial vehicles presents a sustainable alternative to replacing with new. Our approach will save fleet operators capital while dramatically reducing waste in the global drive towards de-carbonisation. There is evidence everywhere in the global economy that responsibility and commerciality are no longer mutually exclusive. This top tier investor commitment is testament to Lunaz’ path to defining the market for remanufacturing and conversion to clean-air powertrains.”

Following this injection of growth capital Lunaz is announcing ambitious plans to grow its offering to the upcycling and electrification of industrial vehicles on a mass global scale. Lunaz will begin with industrial HGV vehicles including refuse trucks, of which 80 million currently exist in the UK, EU and USA alone.

The Lunaz remanufacturing and electrification process will extend the life of up to 70% of the existing weight and embedded carbon within a vehicle. It also saves fleet operators significant costs compared with replacing existing vehicles with new. For example, a municipal authority could save more than 43% in the Total Cost of Ownership (TCO) of an upcycled and electrified refuse truck versus replacing their existing fleet with new equivalent electric vehicles.

The Lunaz proprietary powertrain has been developed under the technical leadership of Managing Director and Technical Lead Jon Hilton. As a global leader in powertrain engineering he has won three F1 World Championships as Technical Director and pioneered the use of hybrid technology from motorsport for mainstream industrial and passenger vehicles. He successfully grew and exited Flybrid in 2016. The Lunaz proprietary powertrain is modular in design meaning it can be applied to nearly every class, size and classification of vehicle. 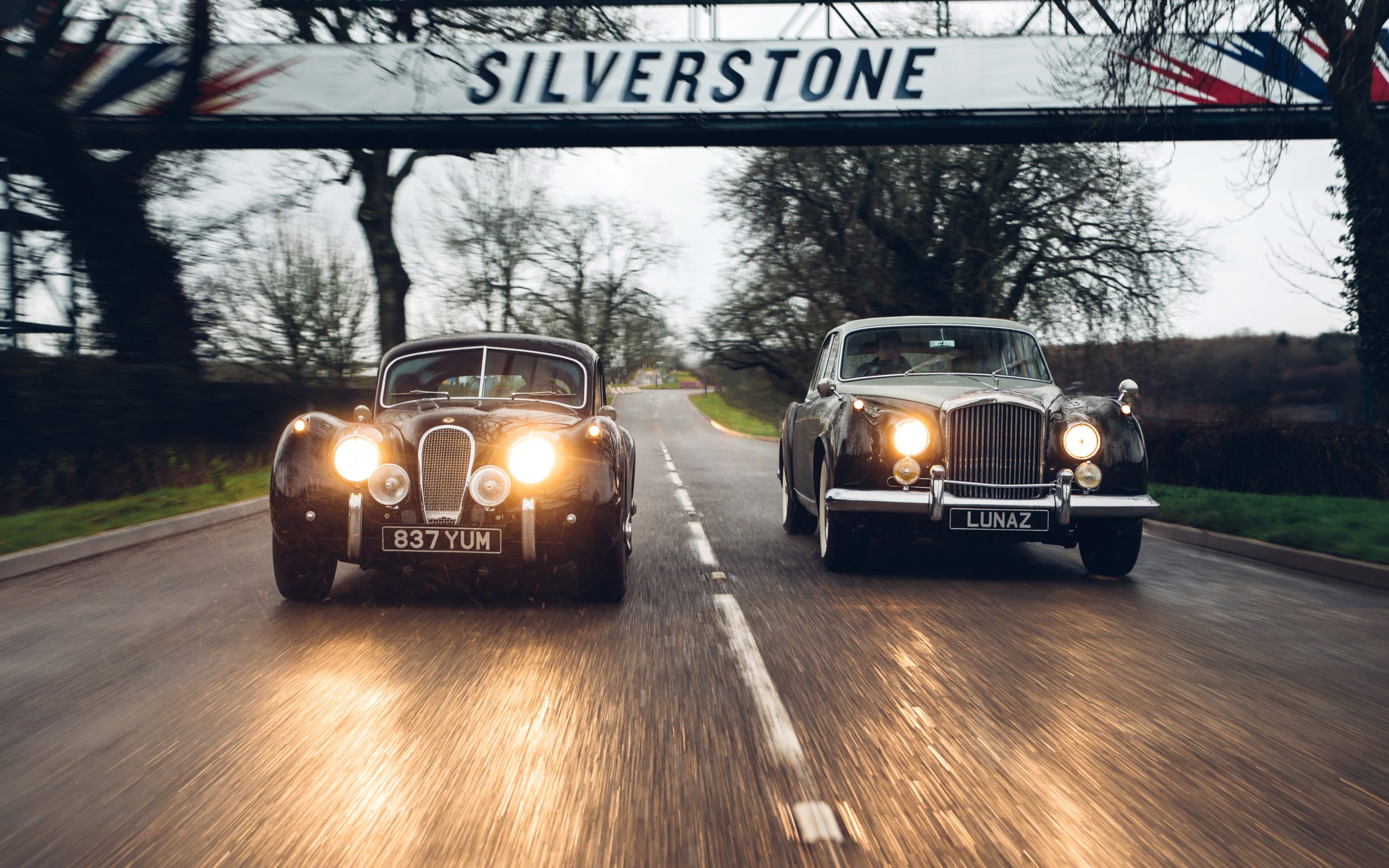 By 2030 when internal combustion engine (ICE) bans in major markets come into effect, more than 2 billion conventionally powered vehicles will exist on the planet. Remanufacturing, upcycling and electrification can prevent a large proportion of these vehicles from being scrapped. This approach is in line with the principles of the rapidly emerging circular economy.

The Lunaz Group will remanufacture and electrify passenger, commercial and industrial vehicles through three distinct companies:

Lunaz is unburdened from the capital expenditure requirements of manufacturers building electric vehicles from scratch. By taking vehicles and upcycling them using components proven over millions of miles, the Lunaz solution is de-risked and provides an instantly deployable alternative to ICE vehicles or new EV vehicles. 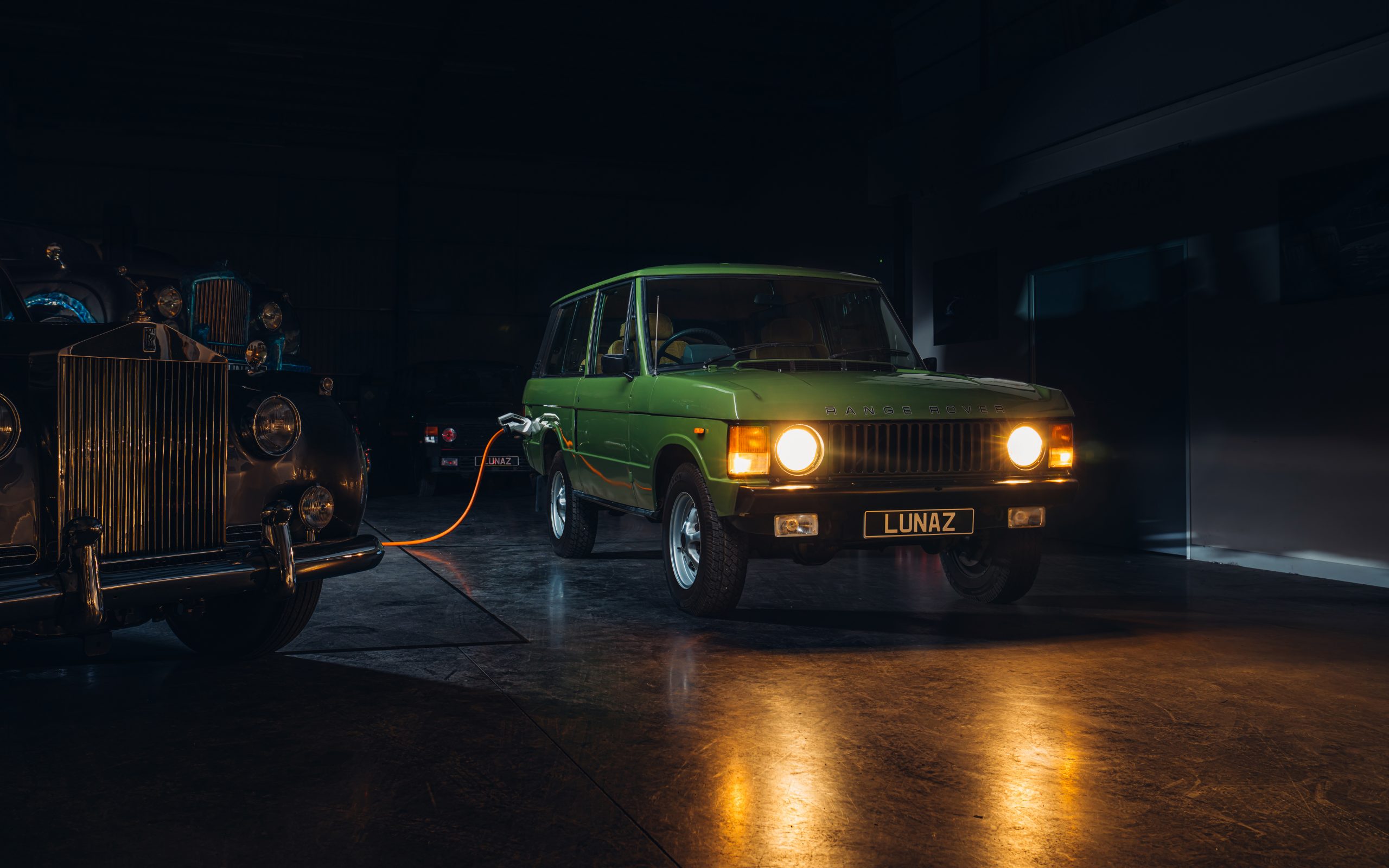 To meet these ambitions and following sustained demand for converted classic cars, Lunaz has moved into an expanded manufacturing facility adjacent to its current site within the Silverstone Technology Cluster. This position provides Lunaz with essential proximity to the very best automotive, engineering and technology talent. The new facility will serve as the permanent manufacturing HQ for Lunaz Design and the R&D Centre for Lunaz Applied Technologies and Lunaz Powertrains.

Lunaz Design was founded in 2018 by entrepreneur David Lorenz and triple F1 World Championship winning Technical Director Jon Hilton. Since then it has proven its technical and commercial approach through the successful launch and growth of Lunaz Design, the global leader in the restoration, re-engineering and electrification of pinnacle classic cars. Prices for which start at £245,000 (excluding local taxes) for an electrified Range Rover Classic. An electrified Rolls-Royce Phantom V, a limousine that is coveted by the world’s best hospitality institutions, starts at £500,000 (excluding local taxes). 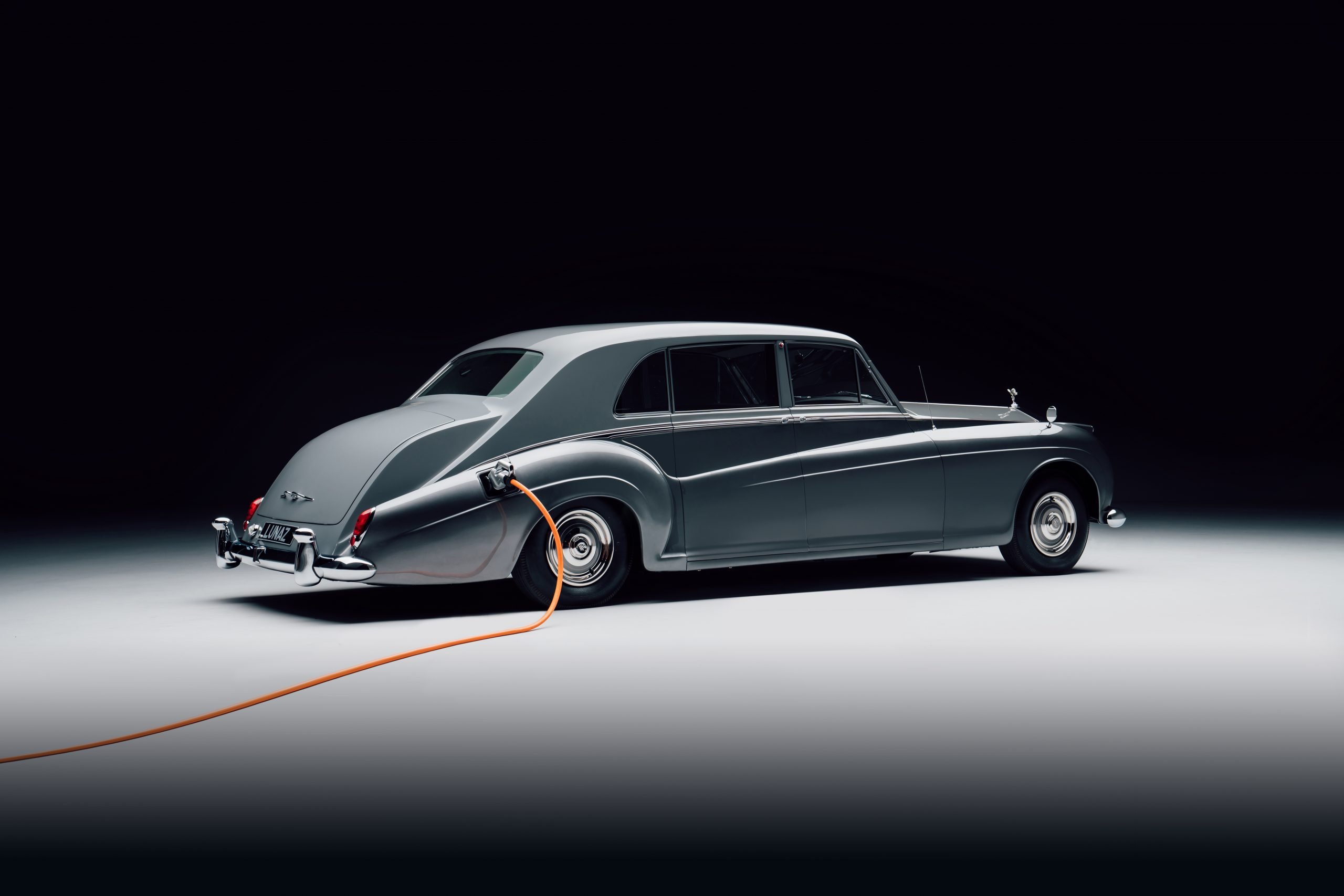 This growth of Lunaz supports the creation of skilled jobs in an area of key strategic importance for UK engineering. Lunaz’ presence will establish the region’s long-term standing as a centre of excellence in the rapidly emerging upcycling, re-manufacturing and clean-technology industries.

By the end of 2021, Lunaz Group will double the number of jobs for engineers and manufacturing technicians. This number will grow steadily through execution of the Lunaz Applied Technologies and Lunaz Powertrans Business plans, with a projected 500+ highly skilled jobs in Silverstone by 2024.

“Our commitment to Silverstone affirms the United Kingdom’s status as a leader in the development of clean-air automotive technologies. Firms like ours, which operate in the principles of the circular economy show that British industry can provide potent answers to the global need to transition to less impactful industrial practices.”

The Lunaz Group has committed long-term to Britain and specifically Silverstone as its global HQ. This reflects the company’s confidence in the United Kingdom’s leadership in the development of electric powertrains.

From this global R&D and Technical HQ, the Lunaz Group will manage a network of manufacturing facilities placed in proximity to its major global markets. The company is already in discussions with European governments seeking to attract fast-growth clean-technology engineering businesses.

THE LUNAZ APPROACH: REMANUFACTURING AND ELECTRIFICATION:

“Our engineering is defined by a belief that a more sustainable approach should not come with a financial or functional penalty. An upcycled and electrified vehicle by Lunaz represents an extension of the usable life of diminishing resources and a commercially astute answer to the global rebalancing of fleets to clean-air powertrains.” 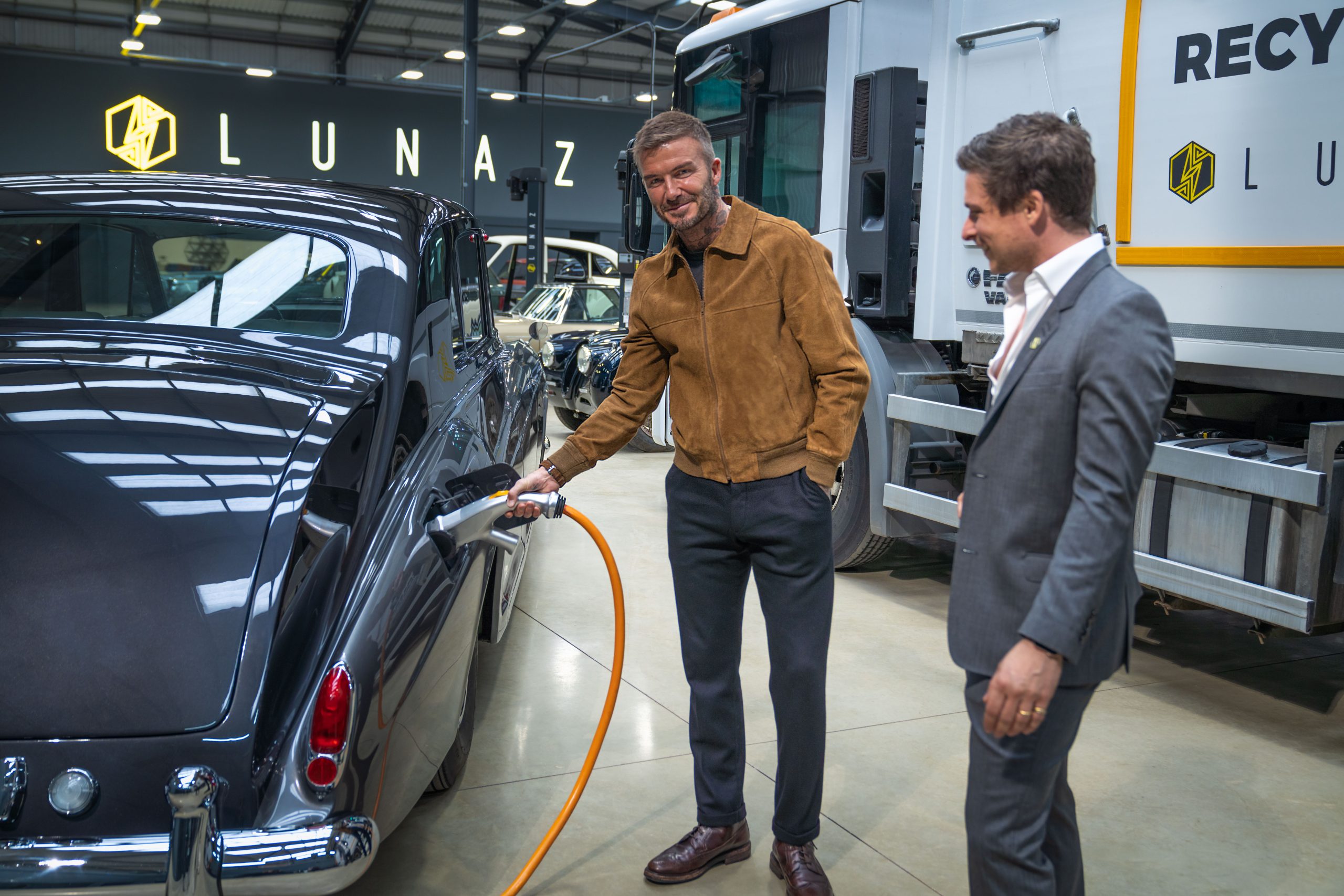 No matter if it is a priceless Bentley or a municipal refuse truck, the Lunaz restoration and conversion process represents re-engineering from the ground up.

To answer the pressing requirement to extend the life of redundant commercial and industrial vehicles, Lunaz employs a smart remanufacturing process.

Duty cycles are studied to tailor the approach to the exact requirements of the fleet operator. For example, the Lunaz proprietary powertrain offers the flexibility to adapt torque requirements, battery size and motor specification for the specific route a refuse truck will take. This means, economic or ecological resources are never wasted.

This engineering and design principle is guided by a philosophy to not limit the function of the vehicle. Infotainment, navigation and technological functions can all be updated to cutting-edge standards. This means the fleet operator is able to make a commercially sound and sustainable choice with no penalty to the usability of the asset.

Lunaz has developed a modular powertrain meaning this approach can be applied to multiple vehicle classes, sizes and functions.