A sensational Alfa Romeo 8C 2300 Monza Zagato that was raced by Scuderia Ferrari during the 1930s has won the coveted Best of Show award at this year’s Salon Privé Concours d’Elégance presented by AXA. The Italian beauty boasts an enviable competition history, having won the Coppa Principe di Piemonte in July 1932 in the hands of none other than Tazio Nuvolari. The ‘Flying Mantuan’ also drove it in the prestigious Klausenrennen hillclimb that year. 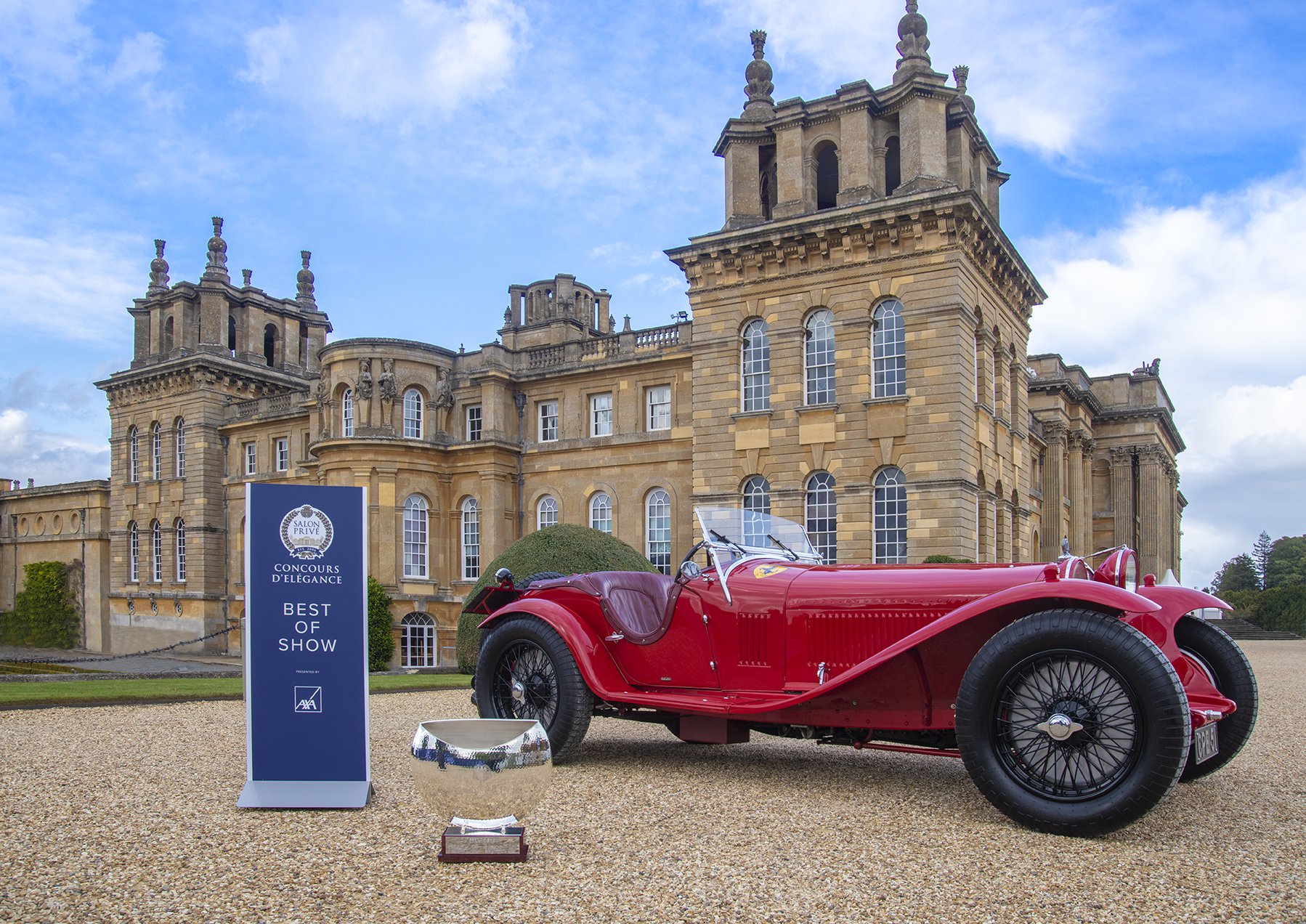 The grounds of Blenheim Palace were graced by some of the most elegant and significant cars from across automotive history as the Concours d’Elégance attracted a record entry. The panel of specialist ICJAG judges presented Best of Show Runner-up to the famous Ferrari 166MM Touring Barchetta that won the Mille Miglia and Le Mans 24 Hours in 1949, while the third-place award went to a rare right-hand-drive 1964 Ferrari 250 GT Lusso. 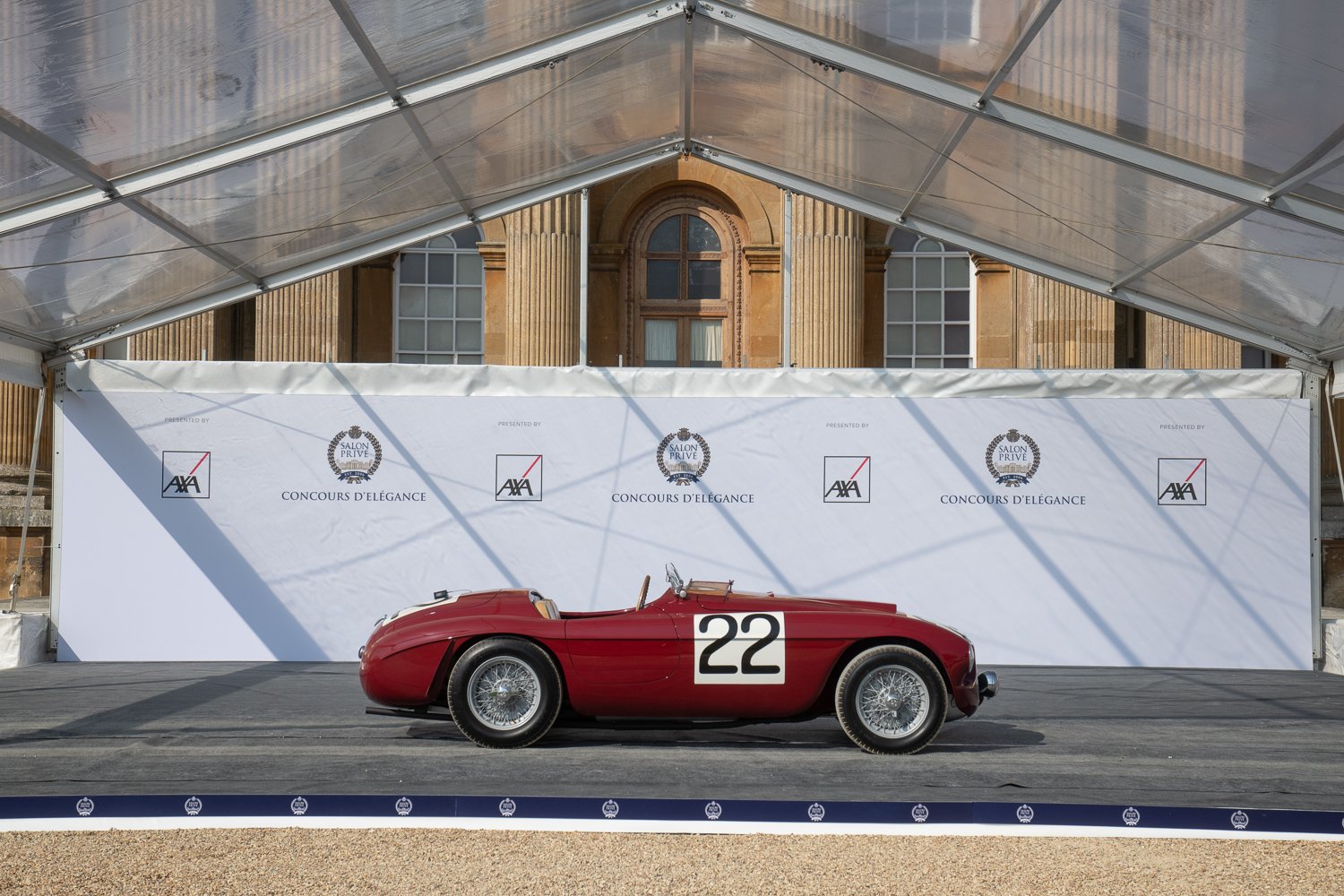 New for this year was an award for Most Exceptional Design. Named in honour of Sir Winston Churchill, who was born at Blenheim Palace, the Churchill Cup was judged by some of the most respected automotive designers in the world, including Marek Reichman of Aston Martin, Stefan Sielaff of Bentley, Russell Carr of Lotus, Louis de Fabribeckers of Touring Superleggera and Julian Thompson of Jaguar to name just a few.

They selected a 1933 Lancia Astura Pinin Farina Cabriolet ‘Bocca’ – one of only a handful of cars that were styled by Mario Revelli di Beaumont for Lancia dealer Ernesto Bocca. With its sweeping wings and sculpted tail section, it’s little wonder this highly original example captured the imagination of the judges. It was also presented with the Most Elegant award. 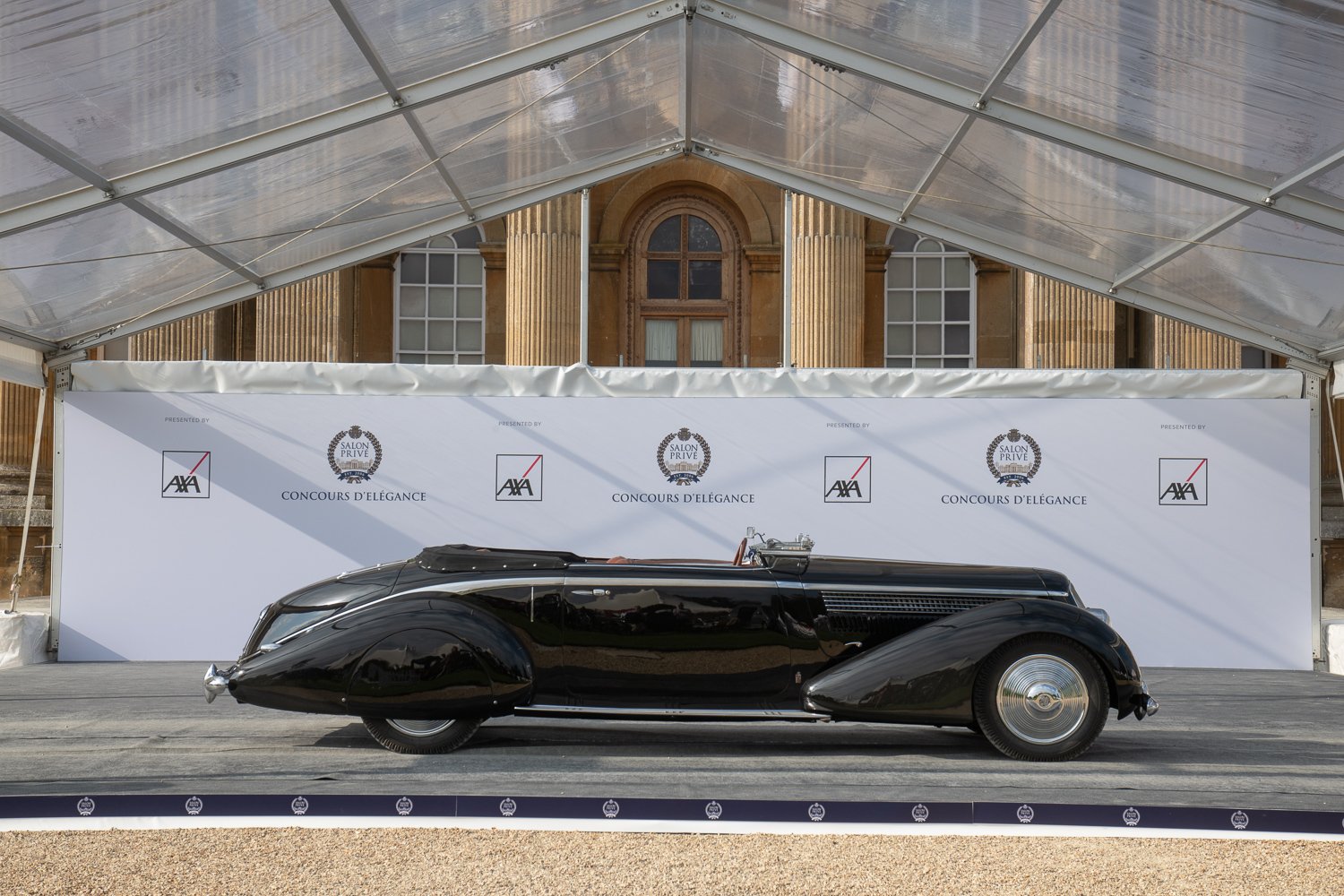 Given the spectacular venue, it was only fitting that His Grace the 12th Duke of Marlborough selected his favourites on both two wheels and four. His motorcycle award went to a 1939 AJS 2A, while a 1960 Aston Martin DB4 GT that had been raced in historics before being restored to original specification picked up the Duke of Marlborough car award. 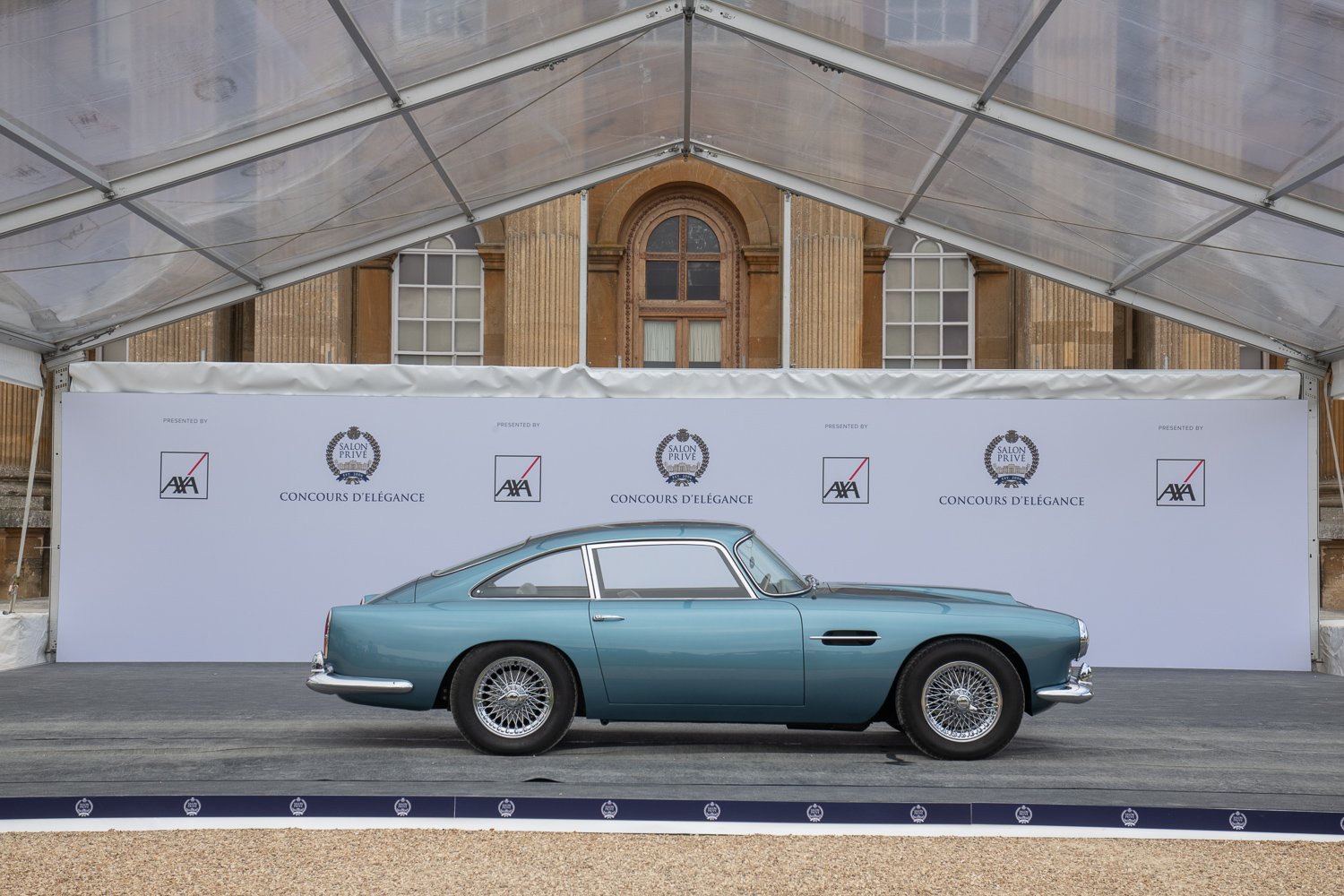 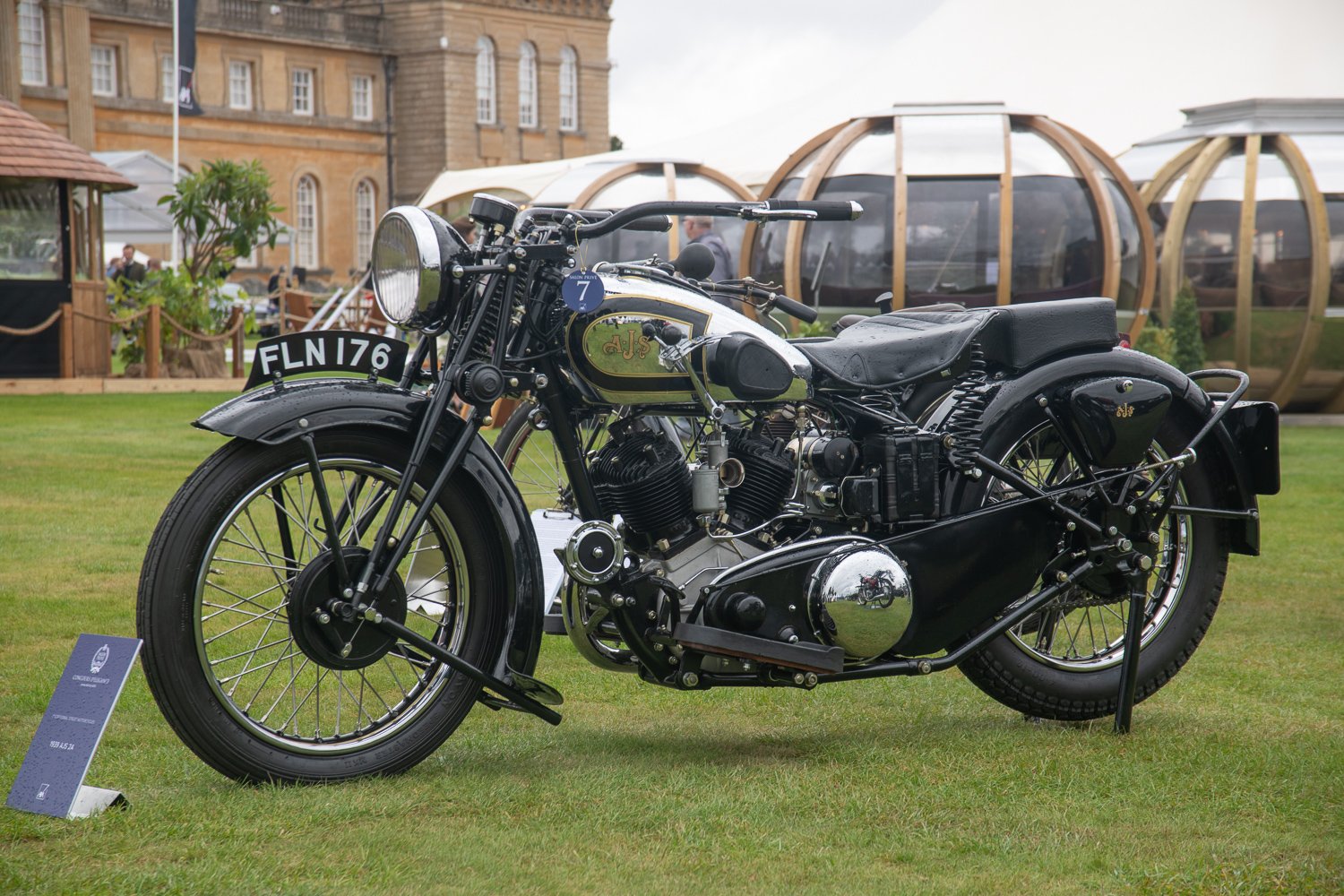 Salon Privé Chairman Andrew Bagley, meanwhile, chose to present the Chairman’s Award to a Ford GT40. Chassis number 1034 is the fourth of only 31 MkI road cars built, and the first to be delivered to a private owner – the three previous examples having been retained by Ford. It has recently been carefully and sympathetically restored to its unique period-correct specification. 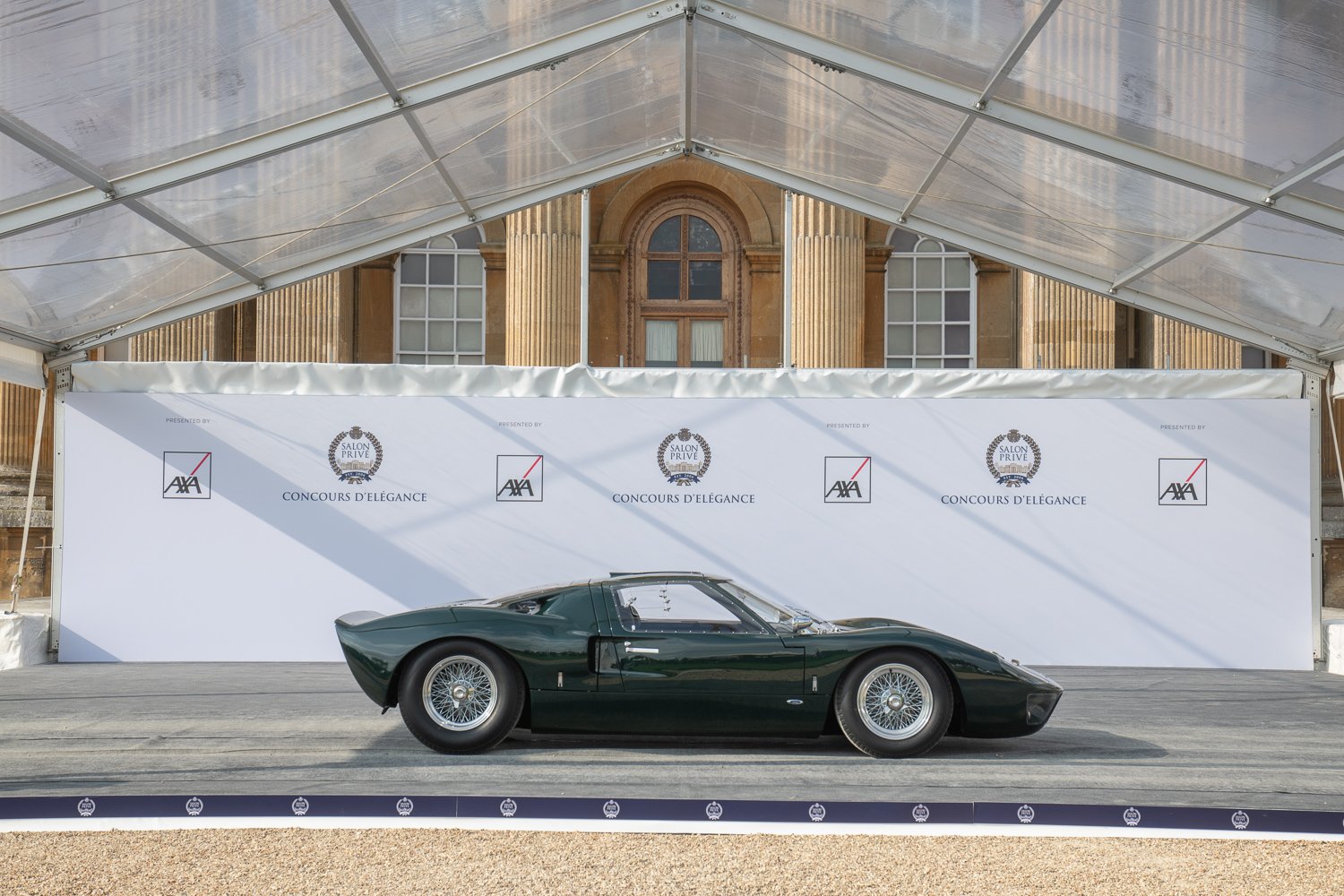 Twenty-five years since the McLaren F1 won the Le Mans 24 Hours on its debut at La Sarthe, a Class was dedicated to the Gordon Murray-designed hypercar, and there was more McLaren success when a 1997 F1 GTR long-tail picked up the People’s Choice award. Chassis 28R was raced in the FIA GT Championship by GTC Gulf Team Davidoff and was the last of the F1 GTRs to be built. 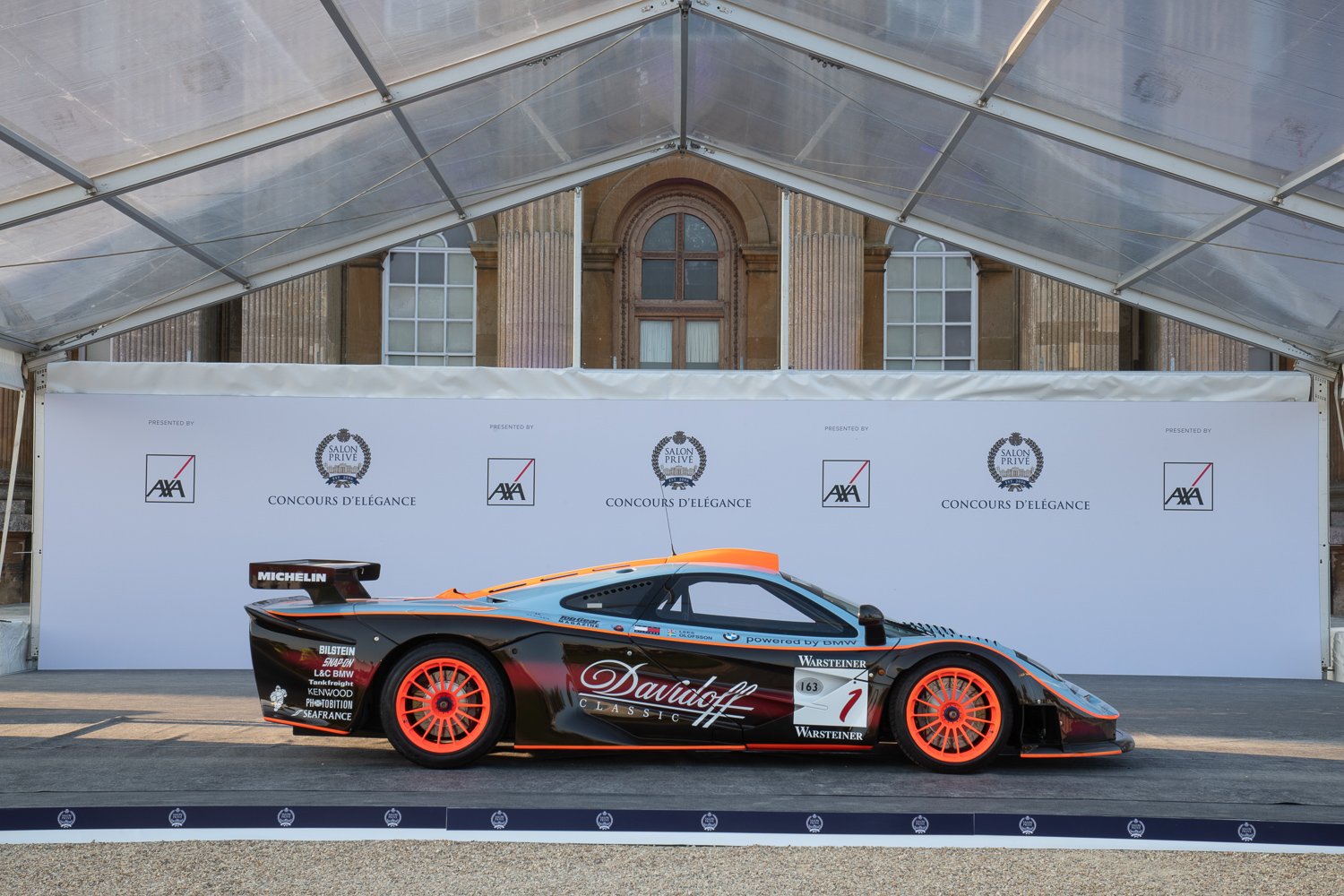 Two legendary sports racing cars from the 1950s were honoured via two of the judges’ special prizes. An ex-Equipe Nationale Belge Ferrari 500 TRC that won its class at Le Mans in 1957, and which has long been campaigned in historic events courtesy of David Cottingham, won the Passione Corsa Award, while the Preservation Award was presented to a delightfully patinated and the most original Jaguar D-type in existence today. Chassis number XKD509 was raced in America when it was new, and is now a remarkably original ‘time warp’ survivor. 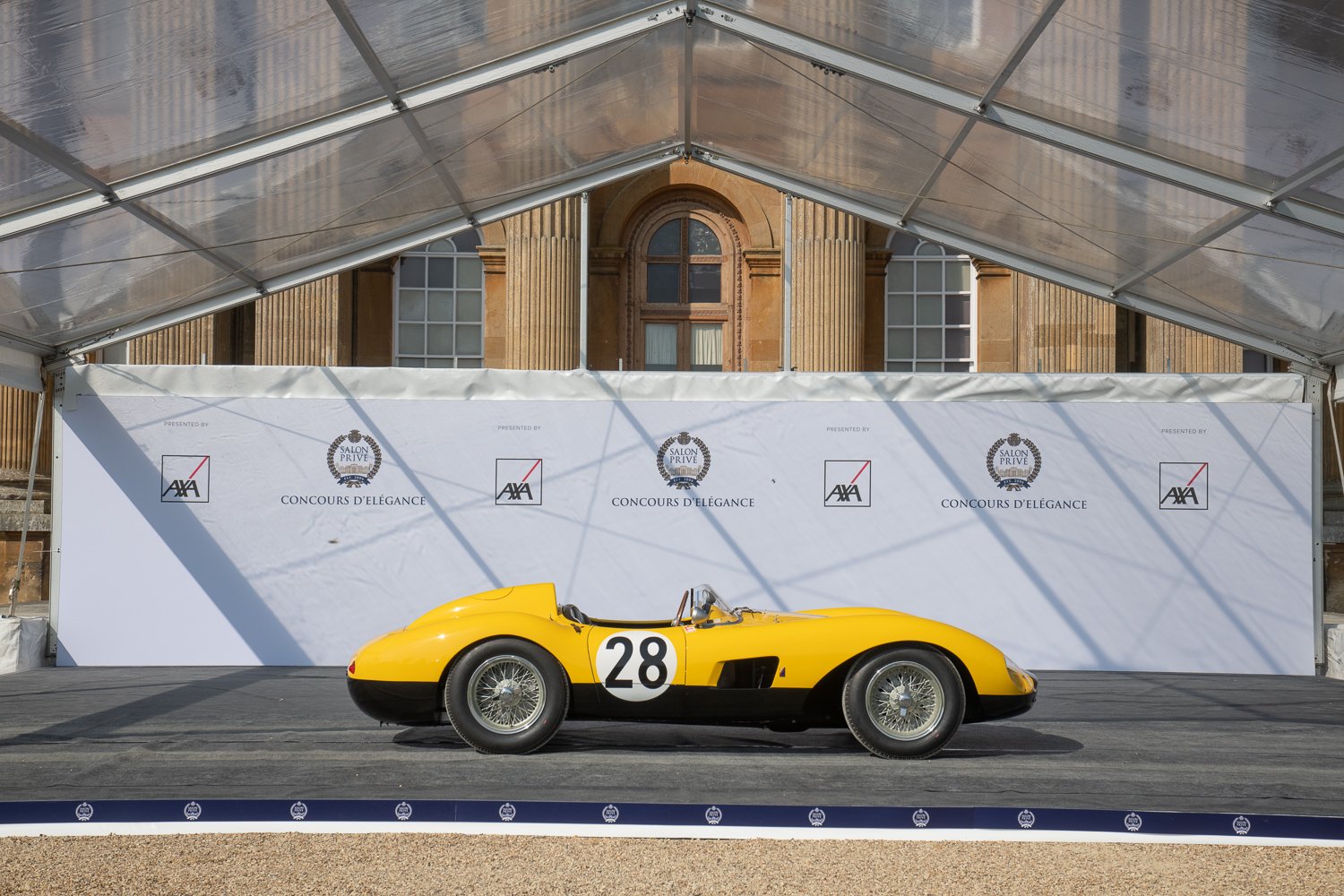 Not to be outdone by the cars that lined up outside Blenheim Palace, the motorcycle display featured three classes spanning 75 years, from a 1914 Triumph to a 1989 Ducati 851 Corse. They were assessed by a hugely knowledgeable judging panel that included Somer Hooker, former racer Steve Parrish, Henry Cole, Dennis Frost, and Mike Jackson. 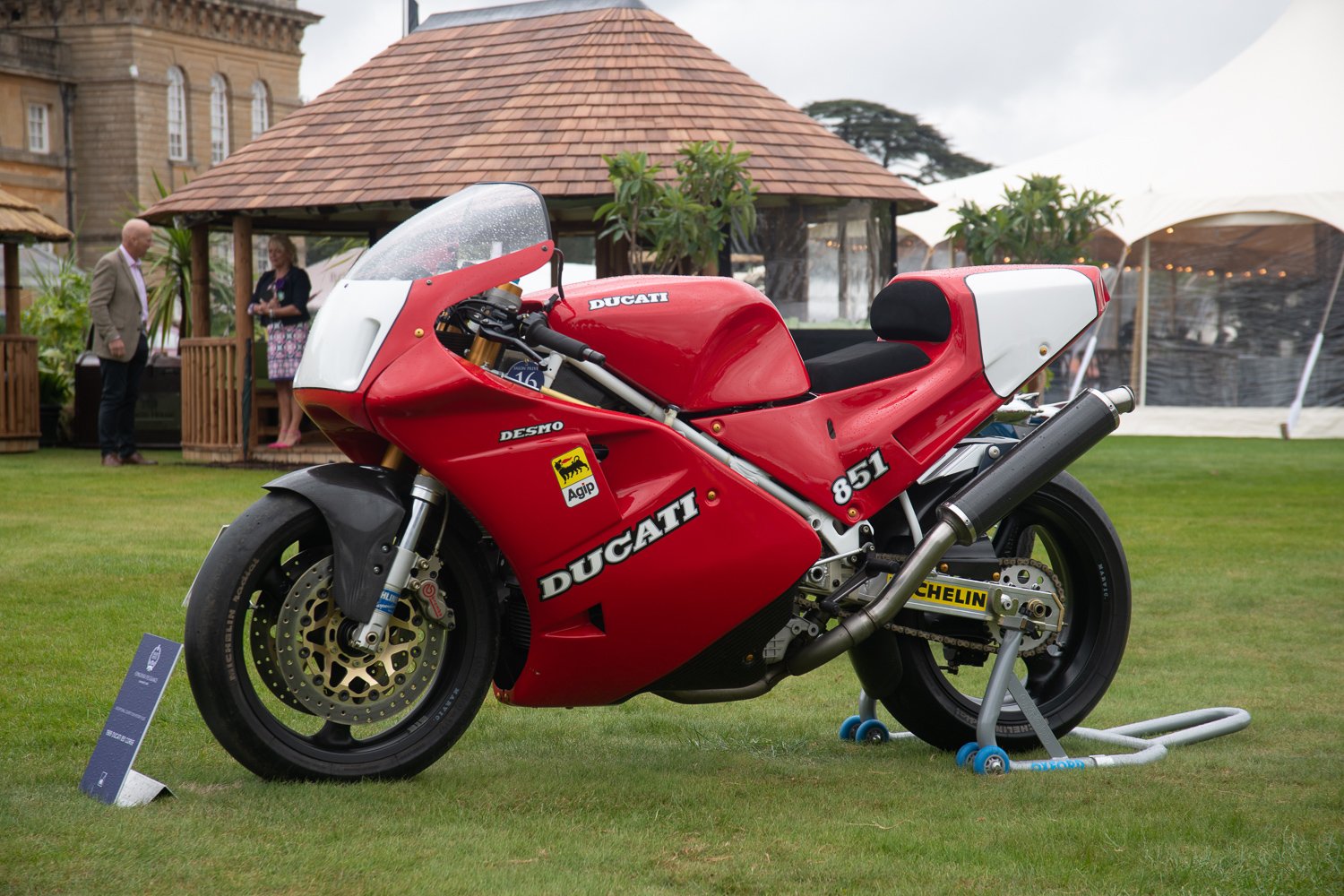 “The standard of bikes this year at Salon Privé has been absolutely incredible,” said Parrish. “The most amazing Ducati 750 Super Sport won the Ducati Class. It’s probably one of the nicest motorcycles I’ve ever seen. It was a tough decision and Henry Cole and I worked really hard to decide on the winner, but the 750SS came out on top due to its originality.” 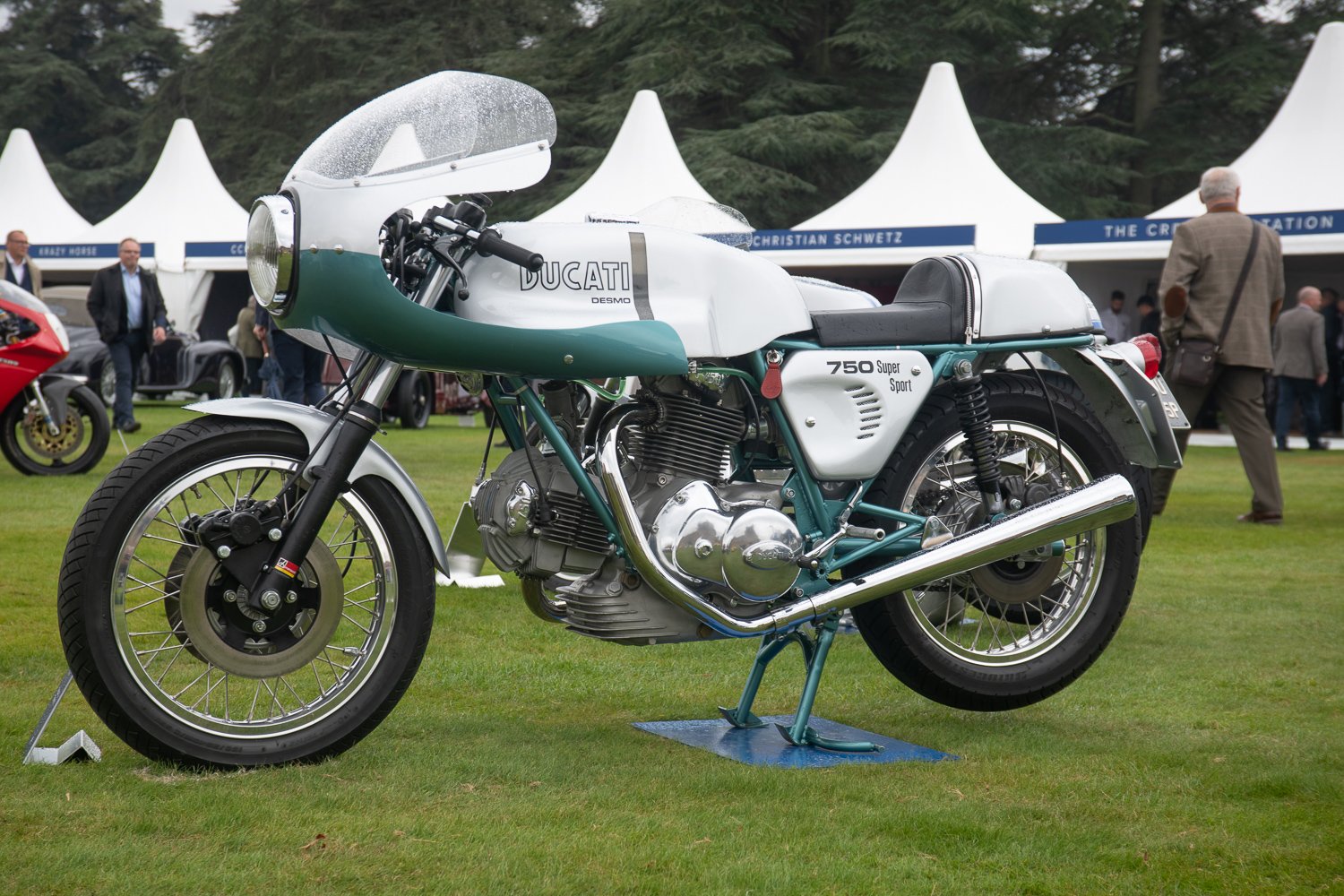 Parrish continued: “A Suzuki RG500 scooped the honours in the Competition Class. I may not be an expert in many things, but I am when it comes to RG500s, having ridden and crashed so many of them! The 1980 model was far better than it would’ve ever been when it came out of the box from Japan. It’s absolutely superb. I would love to own it myself, but don’t think I could afford it!” 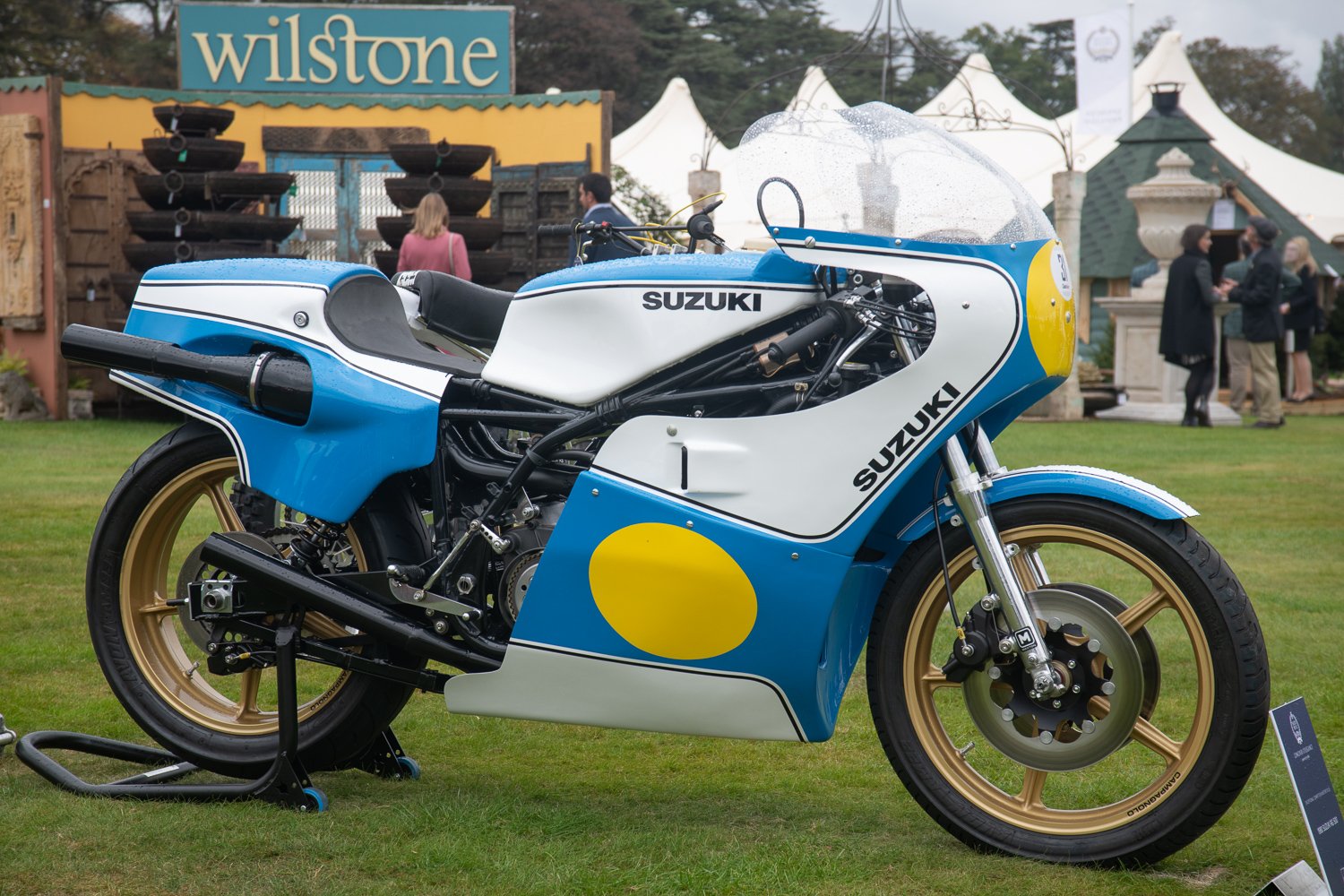 Andrew Bagley, Salon Privé Concours Chairman, said: “I am absolutely thrilled to have awarded this year’s Best of Show at the Concours d’Elégance presented by AXA to Ian Livingstone’s 1931 Alfa Romeo 8C 2300 Monza Spider by Zagato. It acted as one of the Alfa Romeo works racing team cars, and at that time none other than Enzo Ferrari was responsible for the factory race team and development of the cars. The team was known as Scuderia Ferrari and that explains the Cavallino Rampante on the bonnet.

“The very characteristic roar comes from a supercharged 2.3-litre engine with almost 180bhp that combines two four-cylinder blocks into an inline eight-cylinder engine for better reliability. The Alfa Romeo had received the Zagato Spider body in 1932, but when Tazio Nuvolari took it out for the first race he didn’t like the shape of the driver’s door and had it cut out.

“The car, which is still in full Monza configuration, scored several race wins with Nuvolari at the wheel and is one of the most important racing Alfa Romeos. It is a true supercar of its era and we were thrilled the ICJAG judges bestowed this hugely important racing car with the overall Best of Show.”

The Best of Show Winner, Ian Livingstone commented “It’s an amazing honour to able be the latest custodian of this amazing machine and now to win such an important prize is further testament to the history of a special and important car “.