The Ferrari BR20, the latest addition to the Prancing Horse’s One-Off series, was unveiled today and joins the most exclusive group in Maranello’s range: unique, absolutely bespoke cars crafted to the specifications of a client and designed as a clear expression of their own unique requirements.

The BR20 is a two-seater V12 coupé developed on the GTC4Lusso platform, which in terms of its philosophy and styling approach, cleverly references the magnificent Ferrari coupés of the 1950s and 60s, without the slightest hint of nostalgia. Instead, it pulls off the challenging feat of marrying timeless elegance with muscular sportiness, effortlessly incorporating styling themes typical of some of the most iconic 12-cylinders in Ferrari history, including the 410 SA and 500 Superfast. 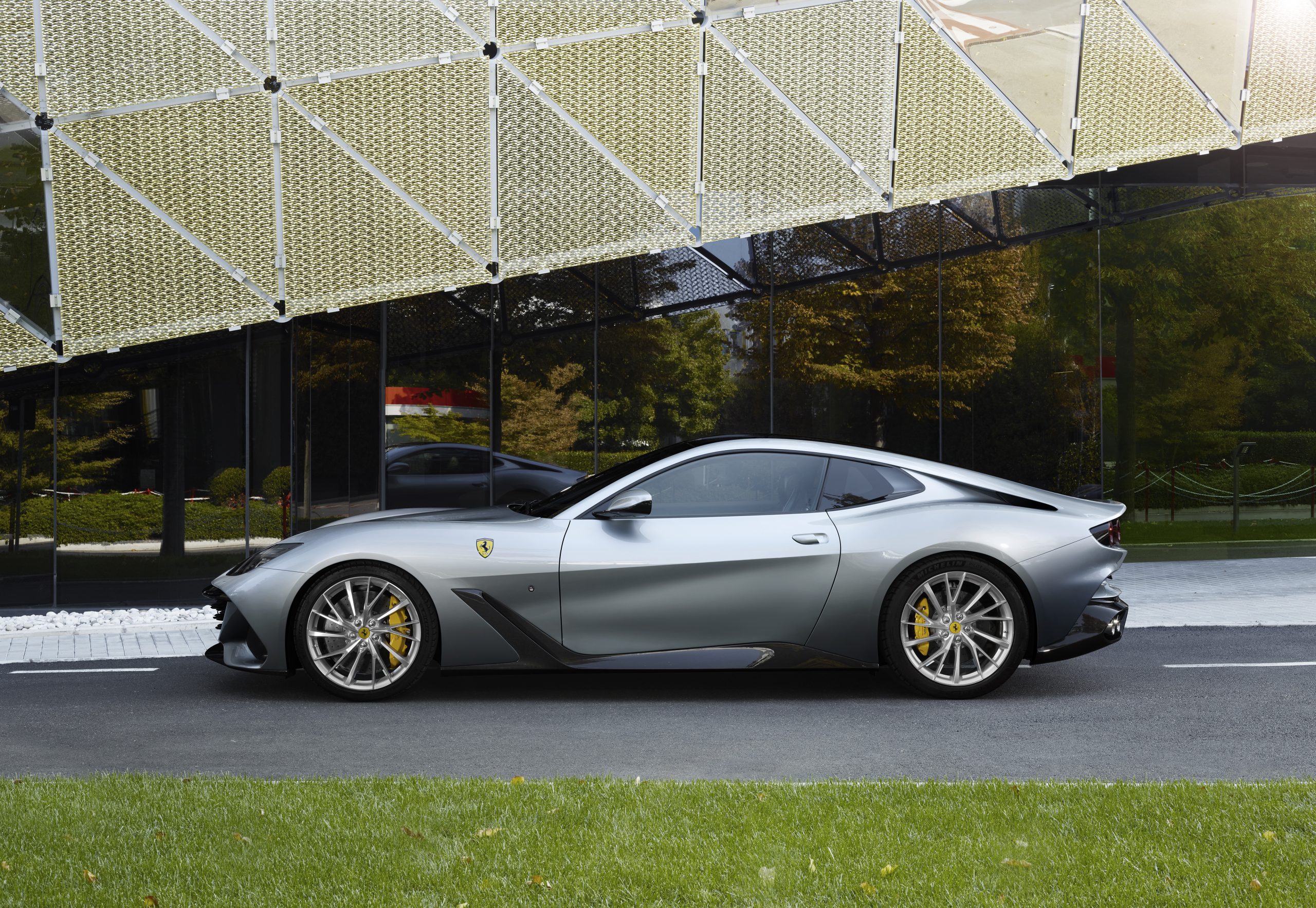 The GTC4Lusso’s two rear seats have been removed to add extra dynamism to the BR20’s ultra-sleek fastback line. The new car is three inches longer than the original, thanks to a specific rear overhang treatment designed to create a silhouette that beautifully emphasises its proportions. One of the cornerstones of the design process for this one-off was the radical modification made to the cabin volume. This in turn gave the design team, led by Flavio Manzoni, the freedom to conceive the innovative proportions that ultimately produced a powerful yet stylistically coherent exterior design theme.

The new cabin design solution creates the impression of a pair of arches running lengthwise from A-pillar to rear spoiler. The rear volume of the arch has been hollowed out to create an aerodynamic channel with the air outlet concealed by the black rear fascia under the spoiler. This modern take on Ferrari’s “flying buttress” theme firmly connects the car to signature Prancing Horse styling cues not just from Ferrari’s GT tradition, but also sports cars such as the 599 GTB Fiorano. To visually lighten the cabin, the black paint of the roof visually connects the windscreen to the rear screen, which stands above the surface of the rear tailgate as if to channel the air flow.

A muscular rear bumper melds beautifully with the aggressive look of the rest of the car: twin taillights create a visual dialogue with the tailpipes, which are lower and set into a prominent aerodynamic diffuser with active flaps on the underbody. Even the BR20’s twin round exhaust tips were designed especially for this bespoke model. 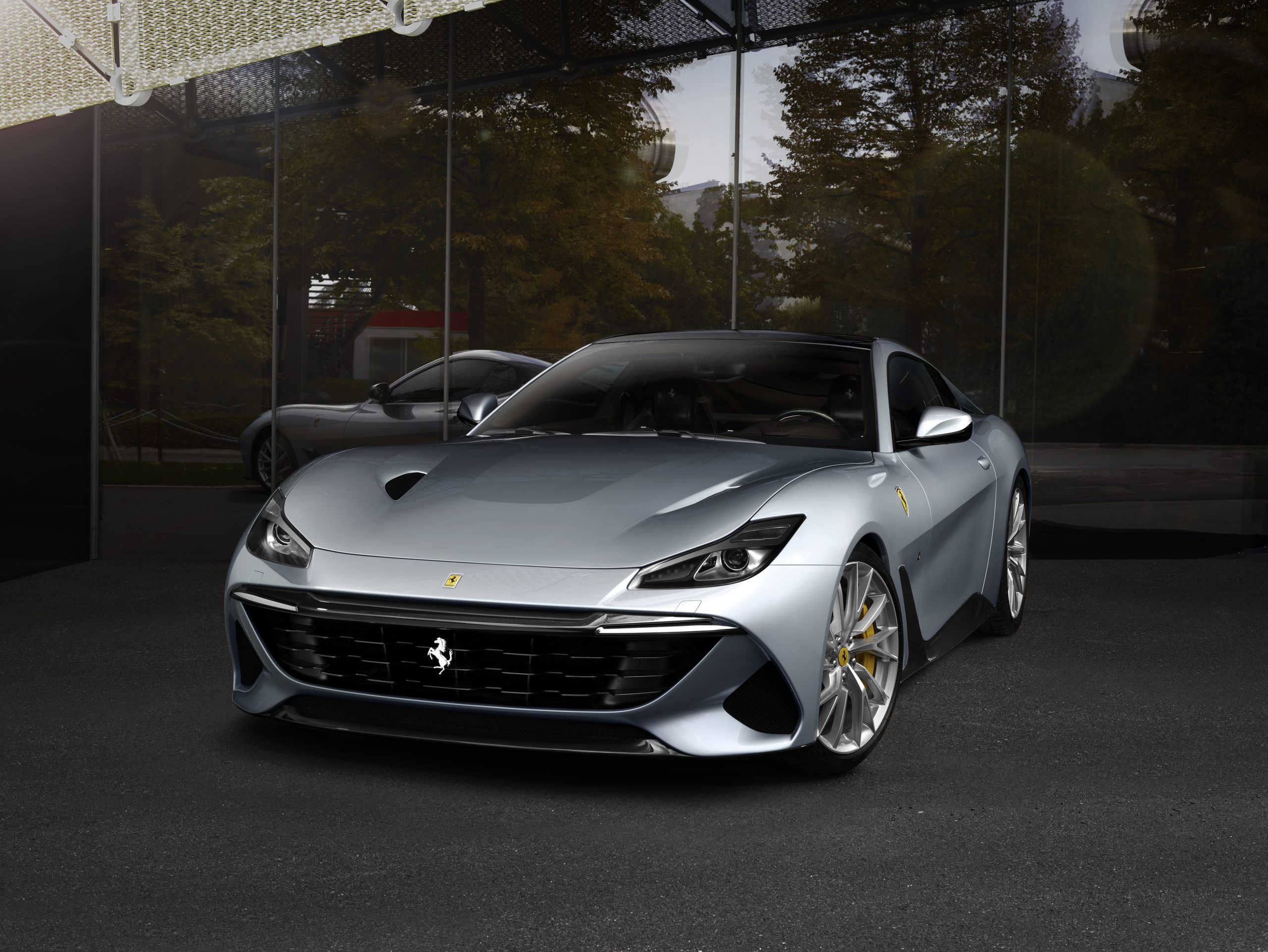 The BR20’s many carbon-fibre details highlight the edgy dynamic characteristics and powerful performance of this extraordinary four-wheel drive car. High, sinuous sills add an extra hint of dynamism to the lower section of the flanks as well as emphasising the front air vents on the wheel arches. The wide front grille sports an upper carbon-fibre element, a note of stylistic consistency with other recent Ferrari one-offs, while unusual chrome side inserts help underline the car’s dynamic front stance.

The BR20’s unique identity is further underscored by the front grille’s striking new horizontal slats that lend a powerful sense of three-dimensionality. A virtually endless list of elements was designed specifically for the BR20, not least its modified headlights. They are lower in height compared to those of the GTC4Lusso with slimmer DRLs, which makes the bonnet seem even longer and sleeker. The 20” tone-on-tone diamond-finish wheels were also created especially for this unique car. 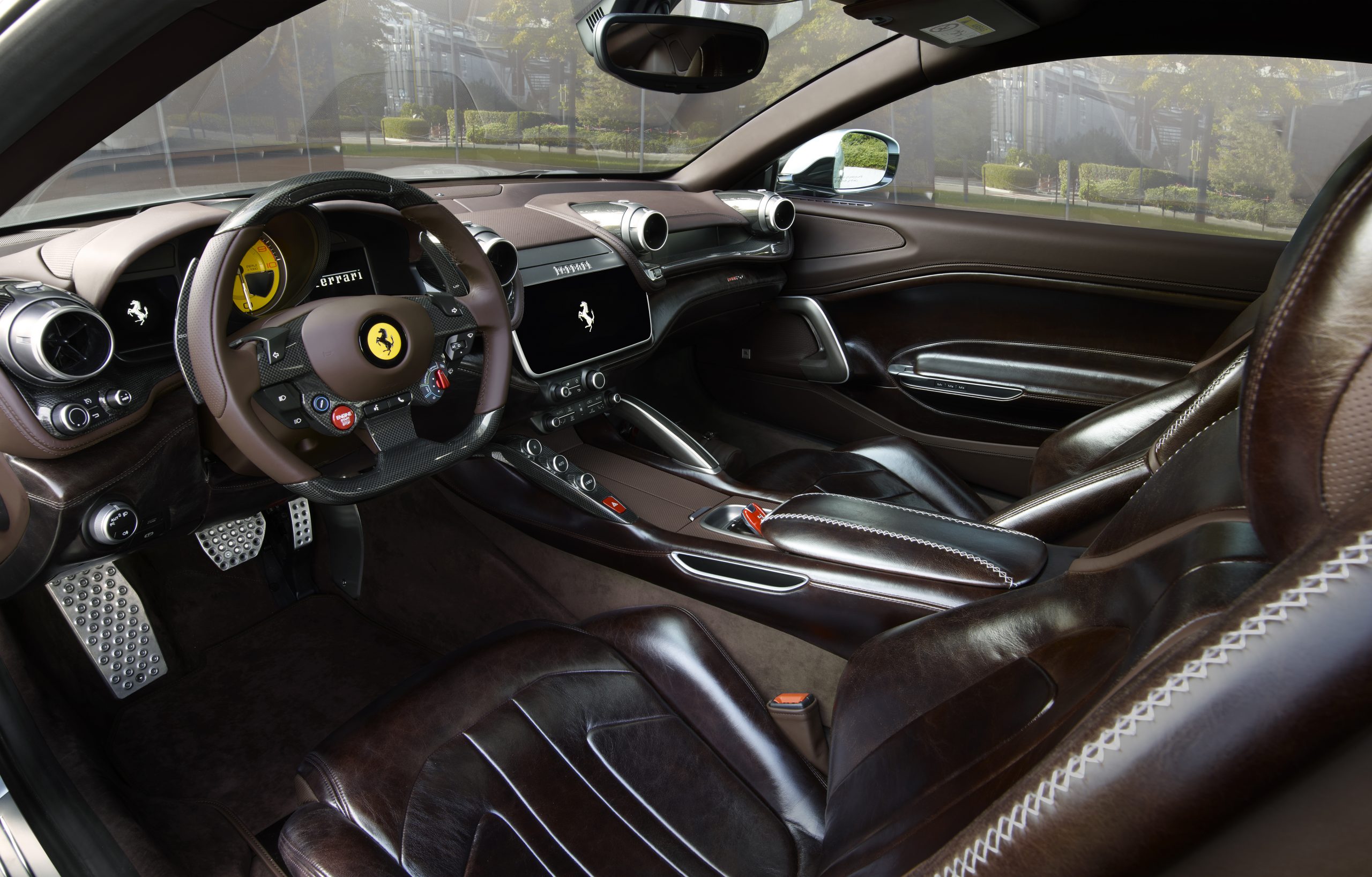 The BR20’s interior is no less impressive, trimmed in two shades of brown leather and carbon-fibre, an exquisite combination developed according to the client’s indications. The seats are trimmed in dark brown Heritage Testa di Moro leather and sport an exclusive pattern at the front as well as silver cross-stitching. The cabin volume runs uninterrupted from the windscreen to the luggage compartment at the rear, creating a sense of unique lightness and airiness for occupants. Oak trim with carbon-fibre inserts adorns the rear bench and luggage deck, which conceals a deeper loading area when folded flat, as well as the door handles.

Designed for a longstanding client who was deeply involved in every step of its creation, the Ferrari BR20 represents a true interpretation of the traditional coachbuilder’s art, successfully transforming an existing model in a masterful and unique way taking inspiration from and paying homage to the company’s core values of innovation and passion. 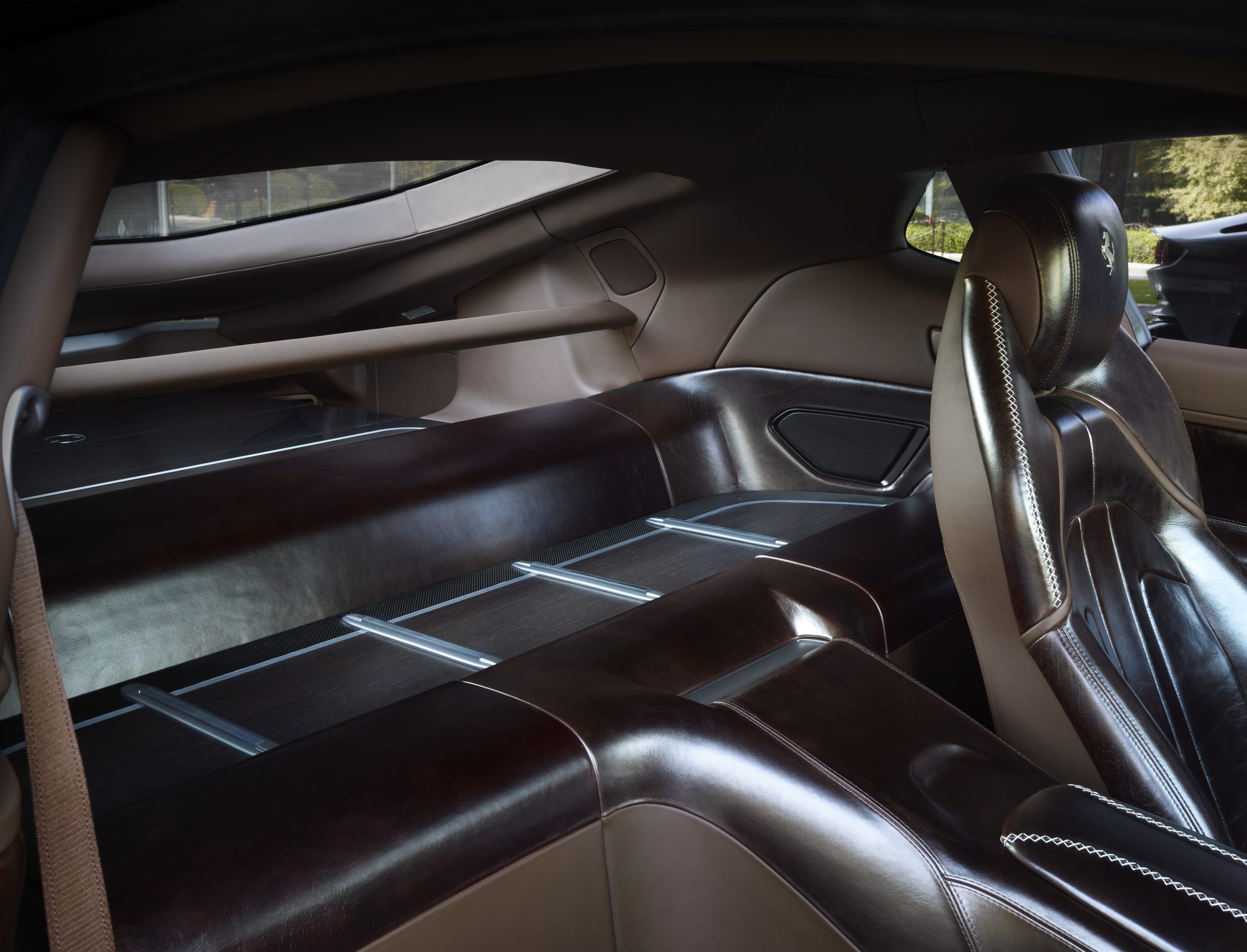 The Special Projects programme is aimed at creating unique Ferraris (the so-called “One-Offs”) characterised by an exclusive design crafted according to the requirements of the client, who thus becomes the owner of a one-of-a-kind model. Each project originates from an idea put forward by the client and developed with a team of designers from Ferrari’s Styling Centre; after having defined the car’s proportion and forms, detailed design blueprints and a styling buck are produced before starting the manufacturing process of the new One-Off. The entire process lasts on average more than one year, during which the client is closely involved in assessing the design and verification phases. The result? A unique Ferrari, which sports the Prancing Horse logo and is engineered to the same levels of excellence which characterise every other Maranello production car.

Further images of the Ferrari BR20 are available from www.media.ferrari.com