Trofeo Pirelli. Rain forced the drivers onto wets whilst the cars were on the grid minutes before the start of the race. Due to standing water on several corners, the Safety Car was deployed just before the half-way point and, after a thrilling re-start, Lucky Khera (Graypaul Birmingham) successfully managed to re-take his position from John Dhillon (Graypaul Nottingham), but was unable to catch Han Sikkens (H.R. Owen London) for the win. Dhillon kept the fast-paced Paul Hogarth (Stratstone Manchester) behind him to secure the final step on the podium. 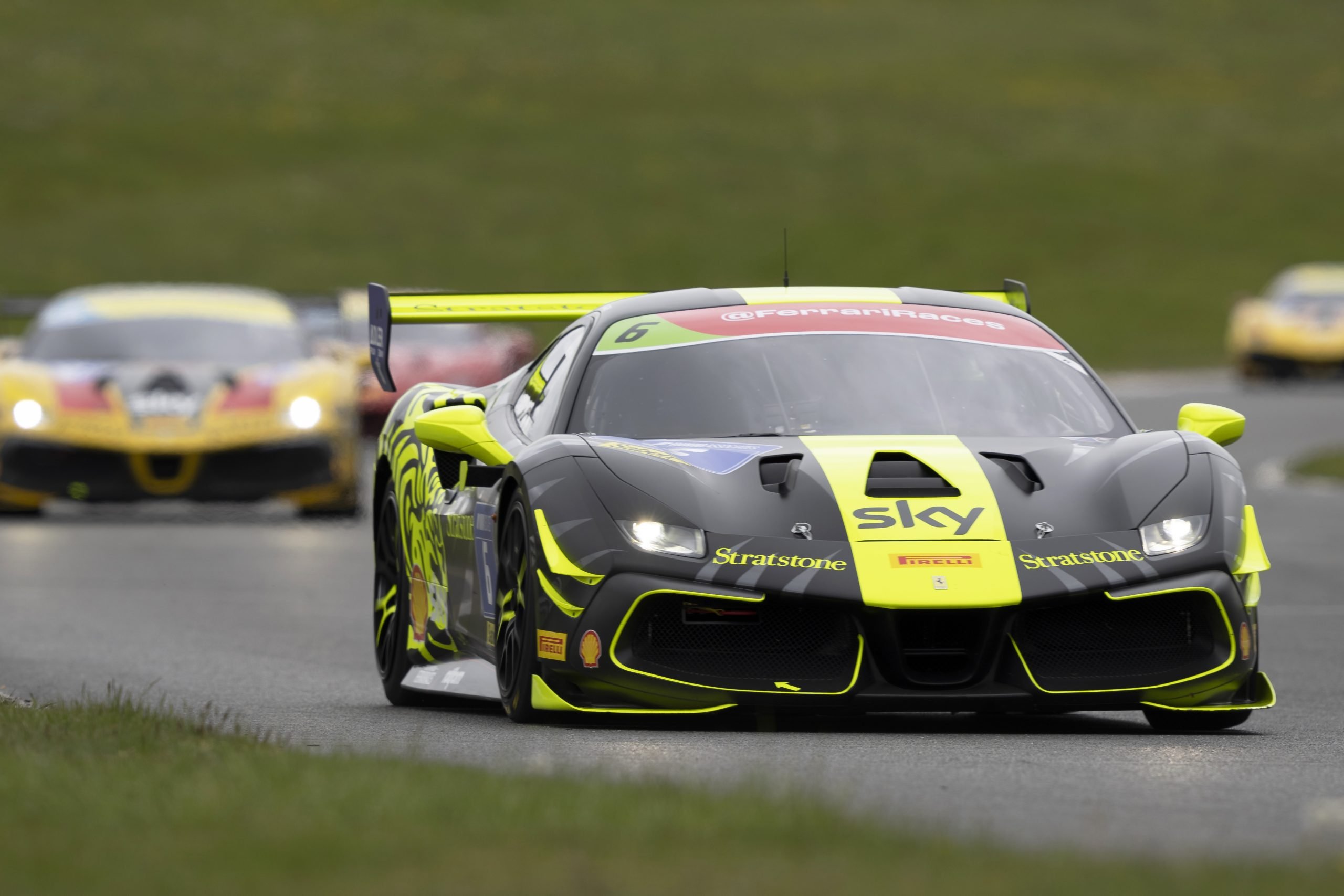 Coppa Shell. Graham de Zille (Meridien Modena) started from pole position in his class and took his first win of the season. Laurent De Meeus (H.R. Owen London) worked his way from 10th on the grid to finish 2nd in his class in the very challenging conditions. Paul Rogers (JCT600 Brooklands) held his nerve and completed the podium.

Trofeo Pirelli. After another dry qualifying session with Khera taking pole, rain once again forced the drivers onto wets whilst the cars were on the grid minutes before the start of the race. The rain soon eased but the track remained wet and slippery throughout the race. The race winner, Khera, led from start to finish, with Dhillon in 2nd and Sikkens in 3rd. 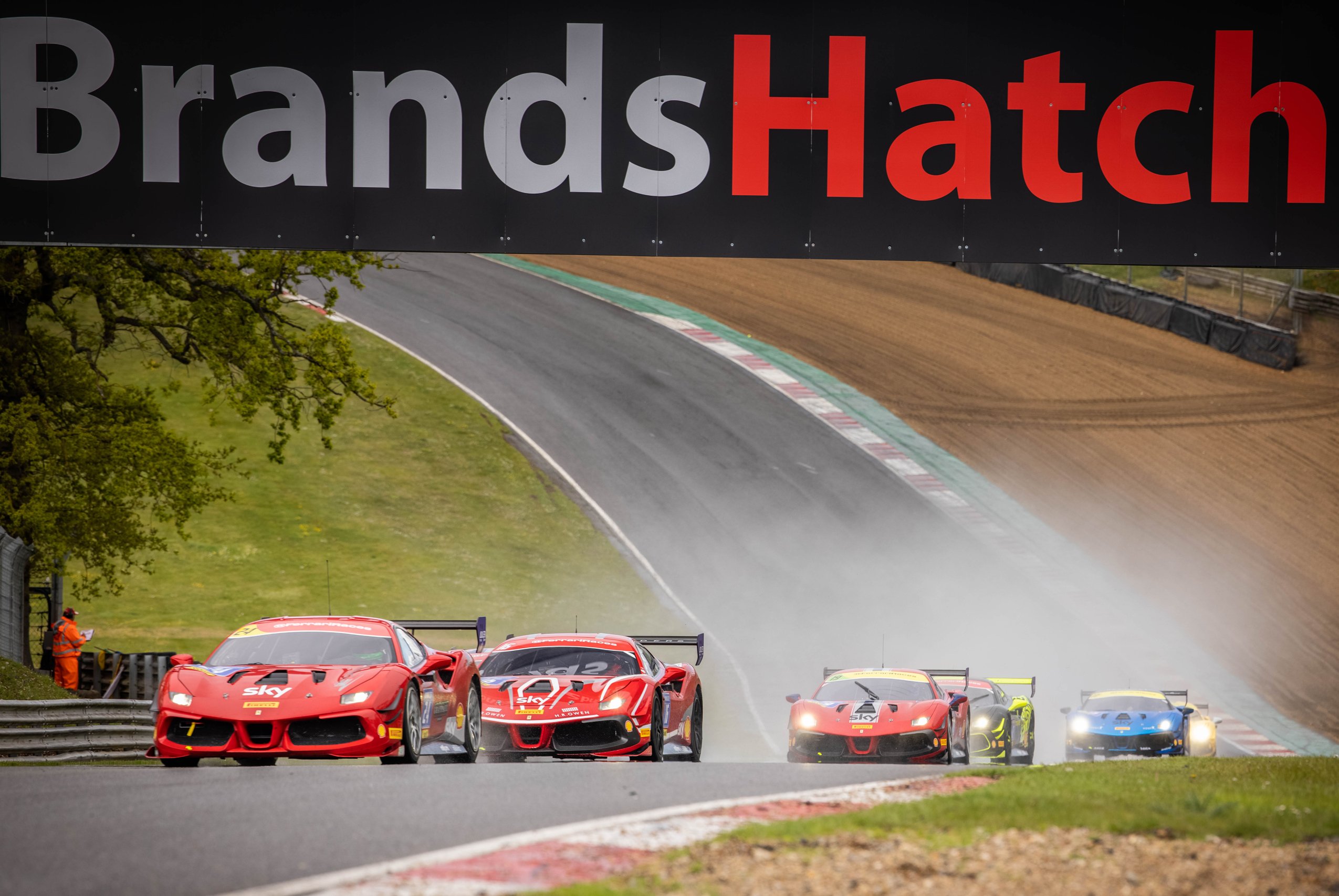 Coppa Shell. De Zille continued Saturday’s form, starting from pole position in his class and third overall. He took his second win of the season, finishing third overall. In his first Ferrari Challenge UK race weekend, De Meeus had an impressive start to his championship, finishing second in both races. Paul Simmerson (Graypaul Birmingham) lost out to De Meeus but still secured his first podium finish of the season.

Saturday. In the first race of the season, Chris Butler won in his 328 GTB, with Vance Kearney and Wayne Marrs finishing 2nd and 3rd respectively, each in a F355 Challenge.

Sunday. In the second race of the weekend, Chris Butler secured his second win of the season with Wayne Marrs, while Robert Rees completed the podium in his 328 GTB. 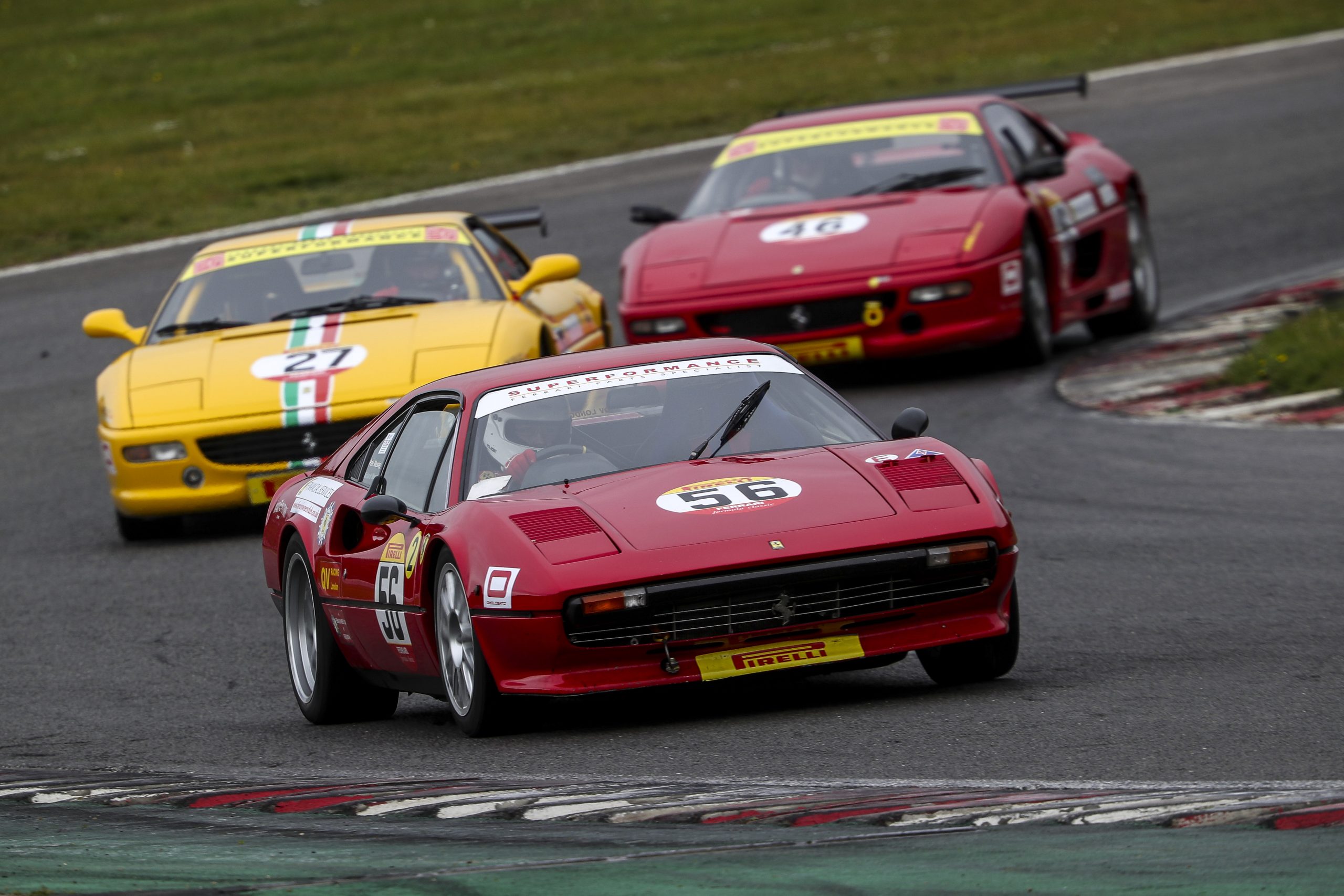 In the final race of the weekend, Chris Butler completed a hat trick of wins. Peter Everingham and Myles Poulton finished second and third in their 328 GTB and 328 GTS respectively.

Schedule. The next event in the Ferrari Challenge UK season will be at Donington Park on the 12-13th June.