From Race to Road: the principle that makes Hispano Suiza unique

Hispano Suiza and competition have gone hand in hand since its foundation in 1904. Back then, taking part in the most prestigious races not only gave the brand national and international visibility, but also allowed Hispano Suiza to learn about the behaviour of its vehicles, when they were tested to the highest level of demand: it was vital to continue offering its customers increasingly powerful, reliable and, ultimately, better cars.

In its new stage, Hispano Suiza has maintained this philosophy. Both the Hispano Suiza Carmen, as well as its more powerful version, Carmen Boulogne – whose name honours its triumphs in the George Boillot Cup, in Boulogne, a century ago – have been designed by racing engineers, and their development carried out by professional racing drivers. Likewise, Hispano Suiza takes part in the new 100% electric SUV championship, Extreme E, an innovative concept that promotes values such as sustainability, equality and electrification, and that will also provide the brand with valuable knowledge to be applied in future models. 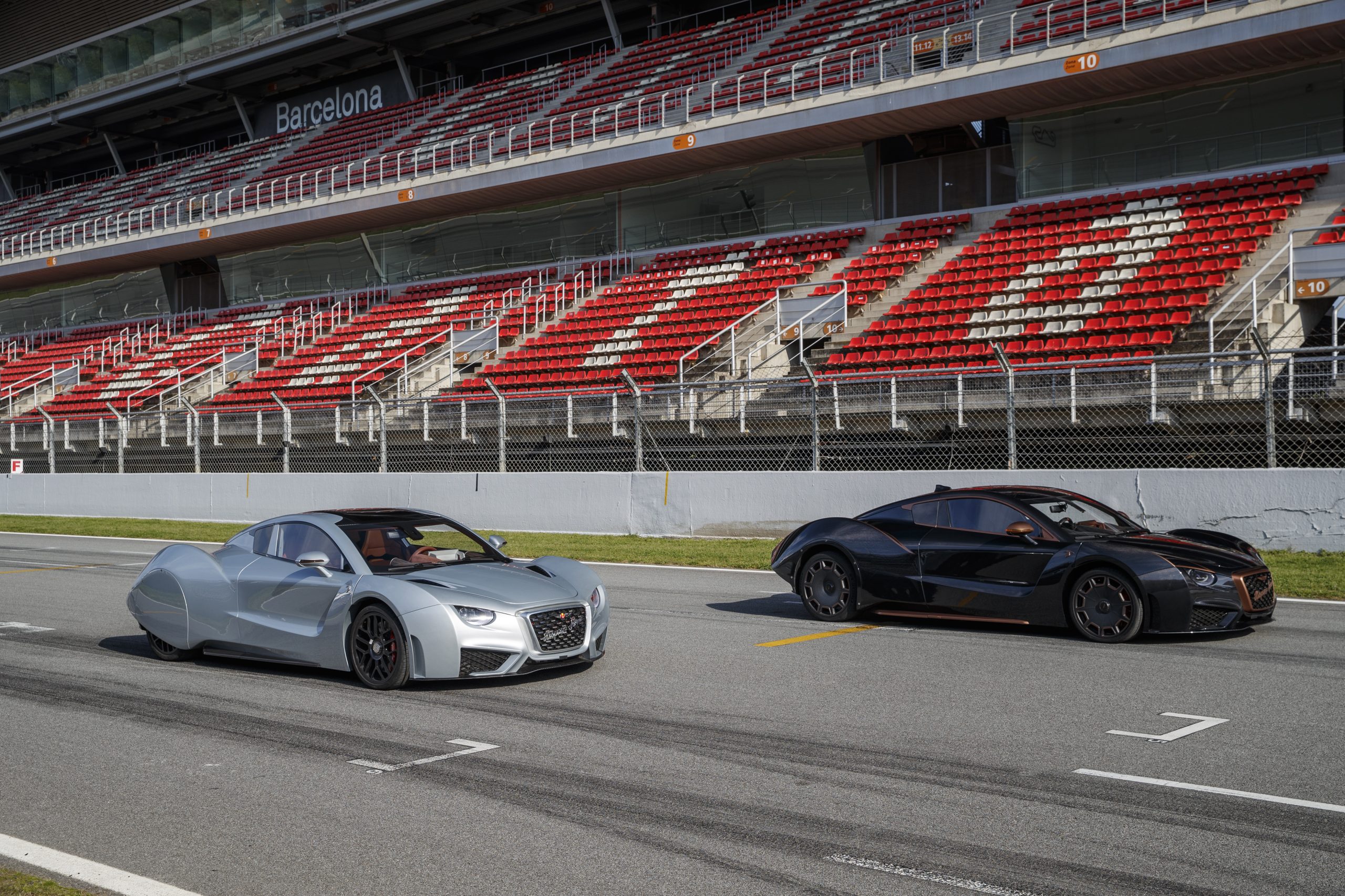 A motto that defines the brand

“From Race to Road” is the motto that perfectly defines the philosophy of Hispano Suiza, the same one that has accompanied it since its foundation more than a century ago and that has forged its legend on circuits and roads around the world. The aim of the brand has always been to transmit through its new cars the passion for driving, high performance, luxury, craftsmanship and, ultimately, excellence on wheels.

When the historic Spanish manufacturer resurfaced in 2019, it did so together with its technological partner, Spanish engineering company QEV Technologies, bringing together a group of professionals with a wealth of experience in the main automotive championships all over the world. Hispano Suiza decided to return to the automotive world with Carmen, a hyper-luxury sports car, 100% electric. It needed that know-how to offer its customers a product that lives up to the brand’s legacy, with a design inspired by its own history, cutting-edge technology, dreamlike features and unlimited customisation possibilities that turned each car into a work of art on wheels.

Many of the technologies present in Carmen and Carmen Boulogne derive directly from Formula E, the first 100% electric racing championship where the members of Hispano Suiza’s technological partner achieved the first Drivers’ title in history, with the NEXTEV team and Brazilian driver Nelson Piquet Jr behind the wheel. Formula E has evolved enormously since that first 2014-2015 season, a period in which cars had to be replaced mid-race due to lack of autonomy, and during which they barely reached 270 hp of power. Now, the single-seaters are much more spectacular aesthetically, they complete the races without even having to stop to recharge the batteries, they exceed 340 hp and reach a top speed of 280 km/h, 55 km/h more than the previous generation.

Hispano Suiza has not only been a direct witness of this evolution, but has also used this experience to build one of the most beautiful and innovative vehicles ever made in the world. Among the technologies derived from Formula E that are part of Carmen and Carmen Boulogne is its power train, with four permanent magnet synchronous motors, housed in its rear axle. The impressive torque of each engine is controlled through sophisticated vectoring systems developed in-house with experience gained in Formula E. From 0 to 6,500 rpm, the engines are capable of reaching a maximum of 1,160 Nm of torque, enabling breath-taking acceleration, from 0 to 100 km/h in less than 2.6 s, and seemingly endless power and traction.

The lithium-ion polymer battery has a capacity of 80 kWh that allows it to develop a homologated range of up to 400 km. Batteries are designed and produced in-house, and include a complete temperature control system to ensure that the cells can operate optimally. They have a fast charge capacity of more than 80 kW DC, requiring only 30 minutes to charge 30-80% through a CCS2 fast charger.

The exterior is made of carbon fibre, a material that guarantees maximum resistance and lightness, and which began to be used in Formula 1 in the 80s. In total, the Hispano Suiza Carmen Boulogne weighs 1,630 kg, which together with its 1,114 hp of power, guarantees a magnificent power-to-weight ratio of 1.5 kg/hp. The suspension also comes from Formula E: it is optimized to guarantee the maximum possible lightness. Its design and architecture are the meeting point between the asphalt and the driver. It preserves the Racing DNA, also guaranteeing reliability and safety.

Another important technological feature is the software, responsible for transmitting more than 1,000 hp of power to the wheels, and which has been developed – also based on experience gained in Formula E – so that any customer can get behind the wheel of a vehicle with these characteristics without being a professional driver. Through the software, different driving modes (Sport, ECO and Comfort) can be selected to guarantee the best sensations and performance at the right time.

“We have tried to transfer our six years of experience in Formula E to a vehicle that is unrivalled,” says Joan Orús, CTO of Hispano Suiza. “It is not a car made to break records, but to convey the passion for driving and, above all, to make everyone who climbs in it, to fall completely and utterly in love. It is a vehicle designed to enjoy. Its more than 1,000 hp of power, located on the rear axle, ensure exceptional performance, and together with a magnificent exterior and interior design, unique and handcrafted, we achieve an innovative, beautiful and at the same time comfortable vehicle ”.

“Thanks to this project we made a dream come true”, adds Orús. “We have been able to shape a sketch made on a blank sheet of paper. It is the dream of any automotive engineer: we have taken all the technology from Formula E and we have brought it to a road car. We have built a high-performance supercar and added details of pure luxury, hence our concept of hyperlux ”. 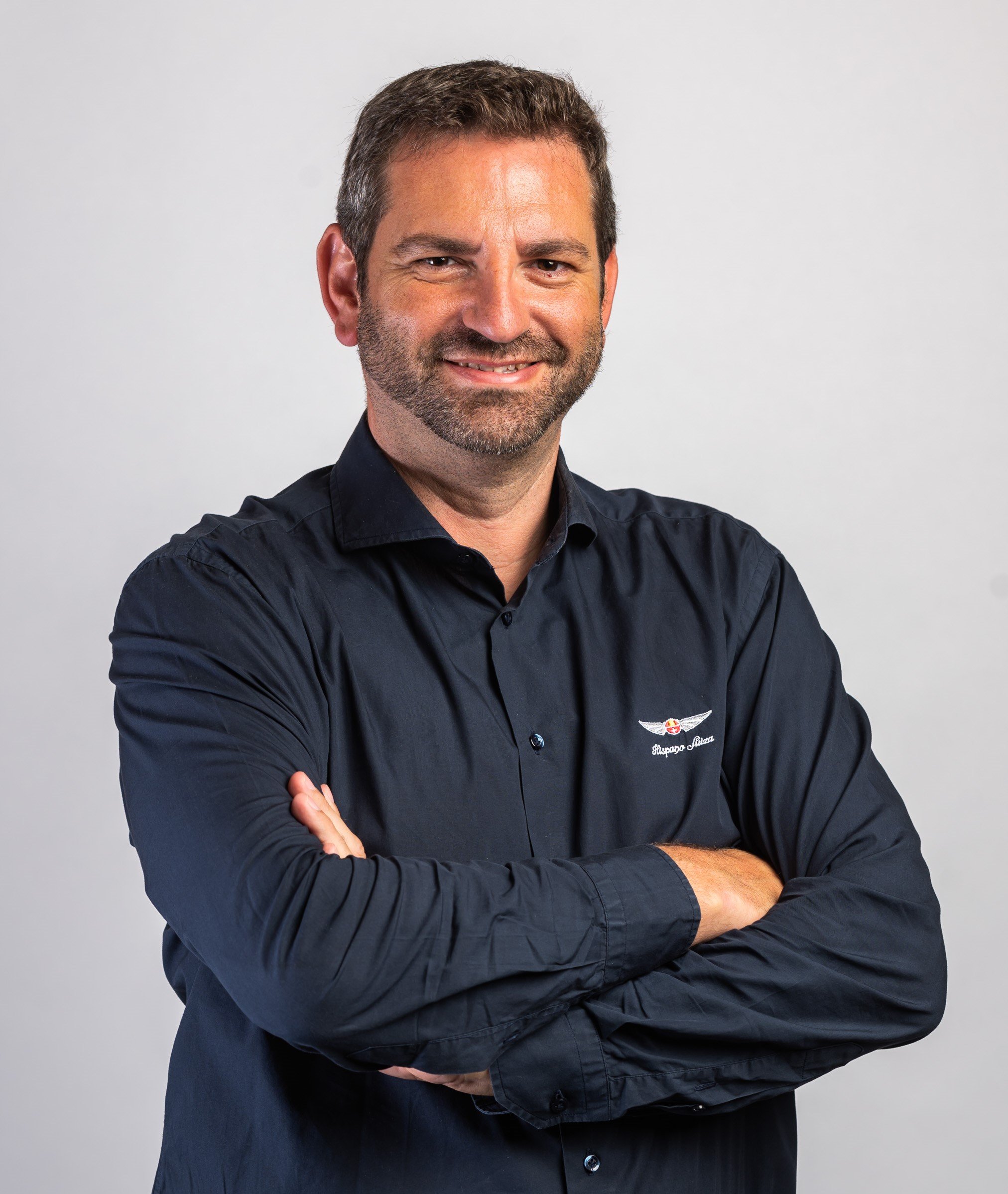 Luis Pérez-Sala, at the forefront of development

For the development of its vehicles, Hispano Suiza chose to have authentic racing drivers, who were used to pushing competition cars to the limit to discover where they can improve, continue to evolve, and who know how to transmit the feedback of the vehicle to the engineers. as precisely as possible. During the development process of Carmen and Carmen Boulogne, the brand relied on the expertise of Luis Pérez-Sala, former Formula 1 driver and two-time Spanish Touring Car Champion, and Pablo Suárez, technical specialist in electric vehicles and racing driver.

Over the past year, Pérez-Sala and Suárez have travelled more than eight thousand kilometres on roads throughout Spain and on circuits such as Calafat, the Circuit de Barcelona Catalunya and even Le Mans. All this to achieve the best performance, reliability and thus be able to transmit to the driver of the Hispano Suiza Carmen the authentic sensations of a unique car born on the circuit, prepared and developed by professionals and racing drivers, and that, in addition, can be driven on the road.