GTO Engineering is forging ahead with its new project, recently announced as being called Squalo, and has confirmed that the firm is targeting a sub 165kg weight from its bespoke, hand-built V12 engine, which will produce over 460bhp from its 4.0-litre quad-cam specification and rev to 10,000rpm. 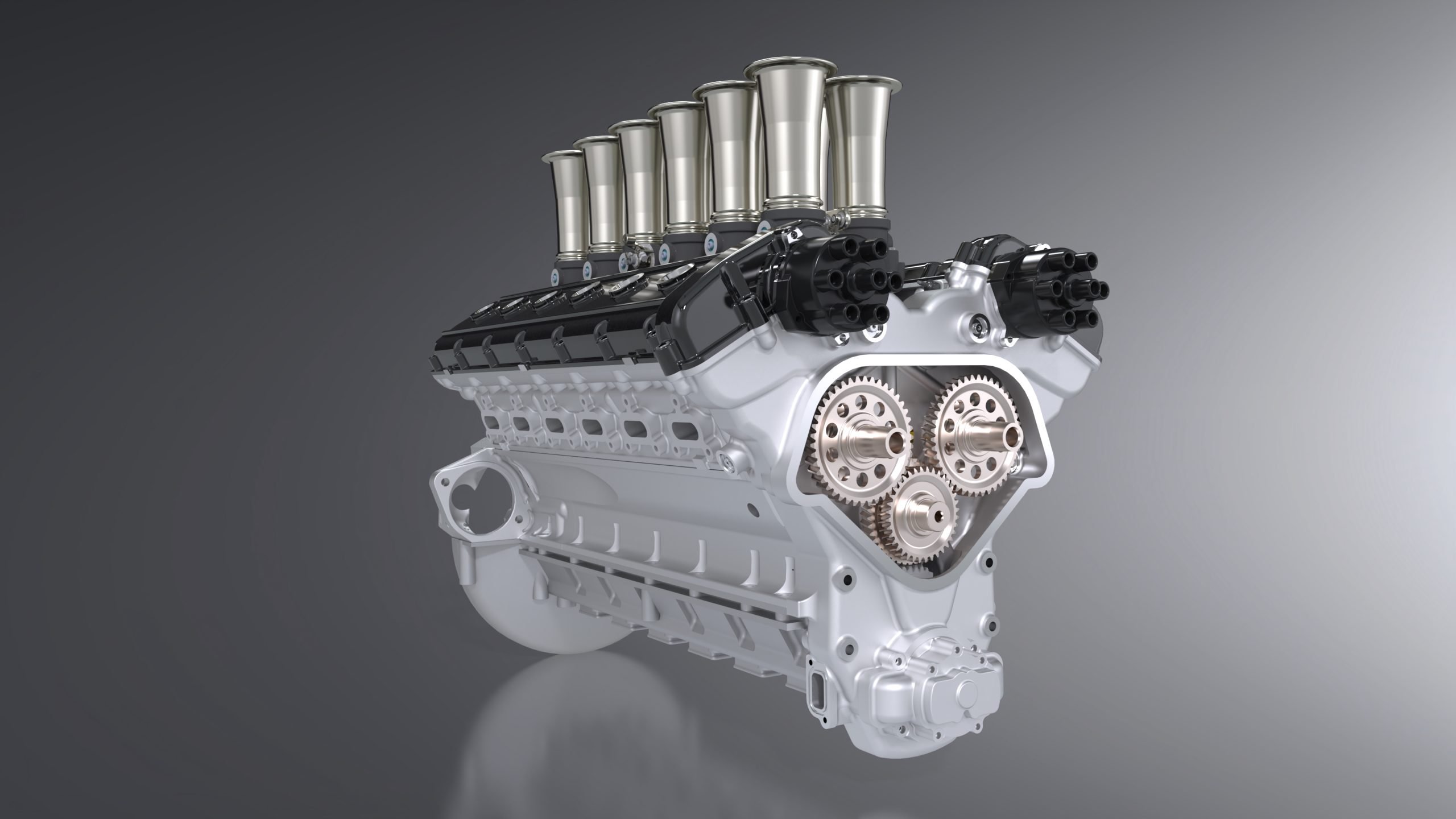 Rewriting the rule book and using its knowledge of crafting and rebuilding engines from its UK HQ, GTO Engineering is aiming to reset what we know about weight, power and drivability with its completely new car, now known as Squalo. The company has confirmed Squalo will be built from the ground up by GTO Engineering, will weigh less than a tonne and be driven with a manual gearbox paired to a naturally aspirated V12. The engine project team, which combines GTO Engineering’s in-house staff and external consultants, have one strict purpose: to make the V12 as light and as enjoyable to drive as possible.

The team has three criteria within the lightweight and drivability objective. The first is to ensure that the naturally aspirated V12 is as at home on a grand tour as it is on track. The second, to make it as light as possible, which means analysing and bettering every component. The third is to use modern manufacturing processes and materials to create what they believe to be the ultimate V12 road car engine.

“We know most V12 Ferraris inside out, and recently weighed a 1960 4.0-litre V12 engine; it was 176kg as a complete unit with the starter motor, oil and oil filler tubes too. That’s so much lighter than a modern V12, and we know we can do even better with our knowledge as well as modern advancements and techniques. Every part and configuration on our quad-cam V12 has had a complete engineering re-focus to ensure our engine for Squalo is the very best it can be.” 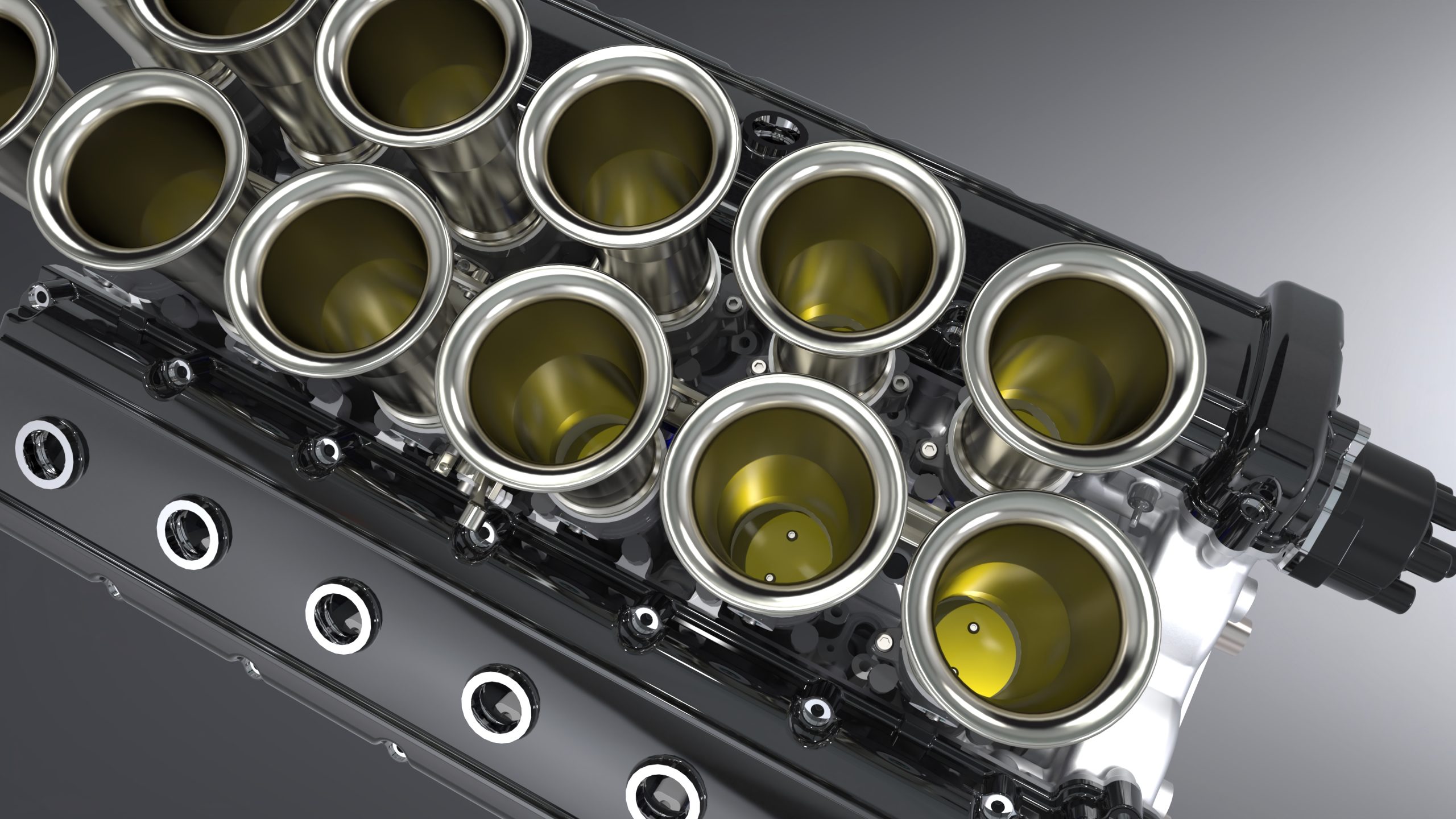 Every component has been completely re-evaluated and revised to create a lighter and tighter-packaged V12 that will power the car. Targeting a total weight of sub-165kg the team has been hollowing parts and looking at advanced material selection across the entire engine. The starter motor has been lightweighted and a 25% lighter (when compared to equivalents) clutch and flywheel has been selected and is undergoing development testing on the development mule.

Likewise, the team has spent a lot of time working together to optimise the engine layout within the vehicle, aiming for a 55/45 weight distribution. To target a low centre of gravity the engine will be dropped further towards the cabin and lower towards the floor. The engineers have also designed heavy items to be placed at the back of the car, so the rear fuel tank, rear-mounted transaxle will provide weight over the rear of the car as well as the battery.

Advanced manufacturing skills are being used for not only the prototyping stage but also full production. GTO Engineering is using its own additive manufacturing (AM) systems to 3D print prototype parts and is also investigating AM tooling for the engine casing, once again proving it is using cutting edge technical knowledge and new engineering technology to apply new ways of thinking to an older engine layout. 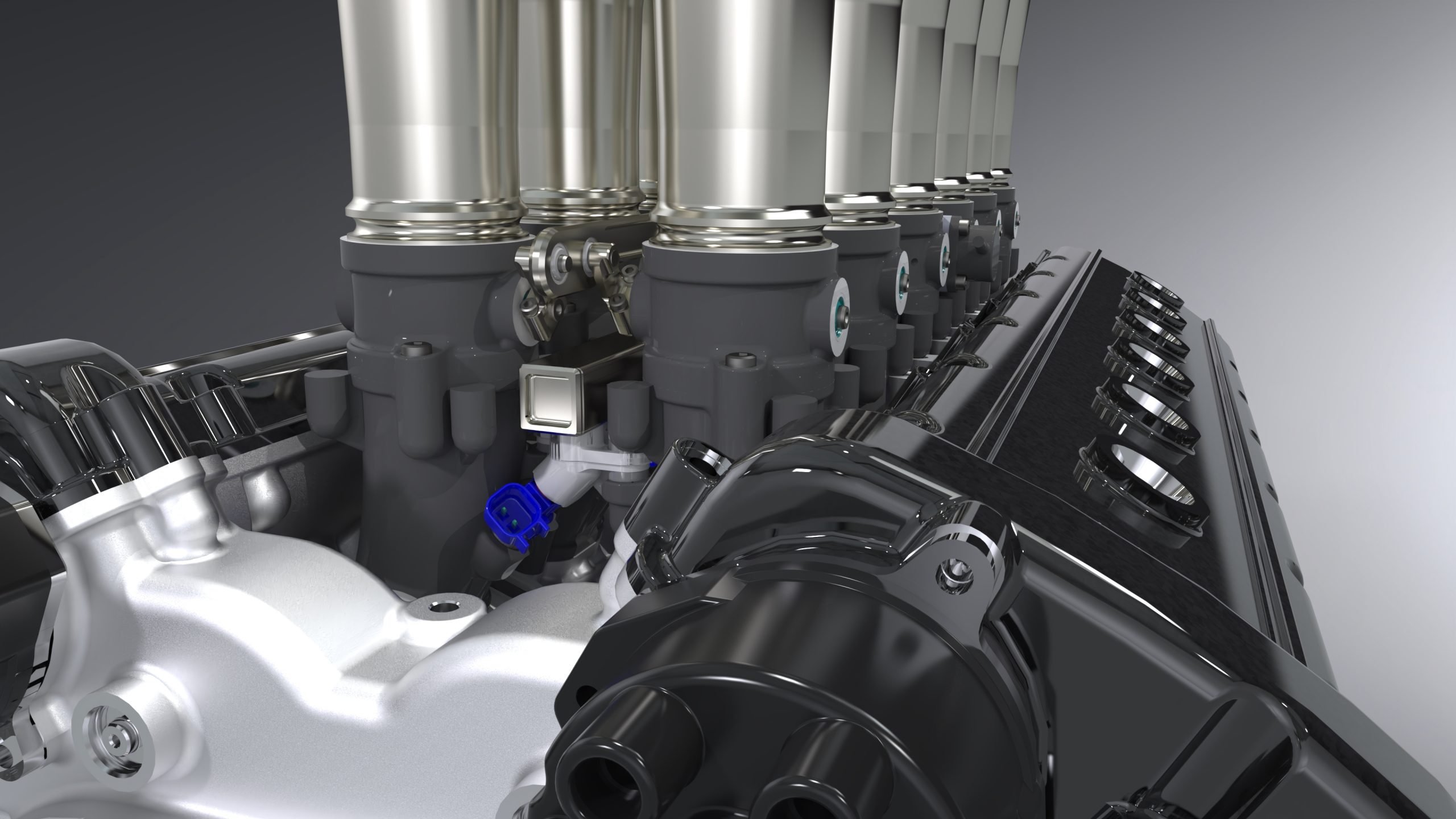 GTO Engineering’s founder Mark Lyon and the team are as focused on aesthetics and design as well as functionality and performance. As such they are paying significant attention to the packaging of the entire engine. The team has tried to make the packaging as compact as possible while also retaining the look – aimed to be an exciting experience to view under the bonnet as much as it is to drive it. A prime example of this attention to detail is that the entire air cleaner assembly has been incorporated so that when the bonnet’s lifted you just see the open trumpets. The front timing case and ancillary drives have been remodelled to be sleeker, so has main bearing sump assembly and likewise the distributor caps are now going to be designed and made in house due to the team not finding an aesthetically pleasing off-the-shelf part.

The quad-cam V12 will be built by hand at GTO Engineering’s headquarters, where all of its engine research and development is currently being carried out. At the time of writing this press release GTO Engineering has defined the cylinder head design, which is now going into the tooling phase of manufacturing production. The team has confirmed and specified the ignition system as well as specifying the air conditioning packaging and processor, and will also be made available to be packaged for any low-volume car manufacturer or bespoke build requirements.

This development update on the engine follows the initial renderings and intentions for the new vehicle, which was initially announced in November 2020. Since then, the team continues to grow with in-house and external consultants collaborating together, all working on the same goal to create one of the most exciting enthusiast cars of the decade, with the first customer deliveries in 2023.

Since the Squalo is a bespoke build and entirely new vehicle built from the ground up by the team at GTO Engineeringat its UK HQ and available in global markets, the sales team invites all enquiries to Ferrari@gtoengineering.com or call +44 (0) 118 940 1101 to discuss the specification and individual ordering process with the team.