Each Hennessey Exorcist 30th Anniversary Camaro will feature an anniversary logo on the car’s front flanks, set behind each front wheel. In addition, each of the 1,000 bhp models will be individually-numbered with an Anniversary Edition chassis plate denoting each of the 30 models’ build number.

The Exorcist was created by Hennessey to ‘slay the Dodge Demon,’ a task it more than achieved thanks to its 217 mph top speed, 2.1 second 0-60 mph time and 9.57 second ¼ mile. Hennessey’s iconic enhancement of the stock Chevrolet Camaro ZL1 raised the bar on muscle cars with customers worldwide queuing up for its supercharged V8 thrills and 883 lb-ft of torque.

John Hennessey, company founder and CEO: “The Exorcist is the epitome of the American Muscle car and has the off-the-line performance to embarrass almost any car on the planet. We’ve been making fast cars faster since 1991, so our 30th Anniversary Exorcist pools all we know into one ferocious supercar slayer.”

Hennessey’s engineers upgrade, re-calibrate and improve almost every area of the Camaro’s powertrain from installing a high-flow supercharger and air induction system, to a custom Hennessey camshaft, ported cylinder heads, long-tube stainless steel headers, and high-flow catalytic converters. The upgrades and Anniversary Edition Exorcist is priced at $135,000 (including the base Camaro ZL1) with the model benefitting from Hennessey’s two-year / 24,000 mile warranty. 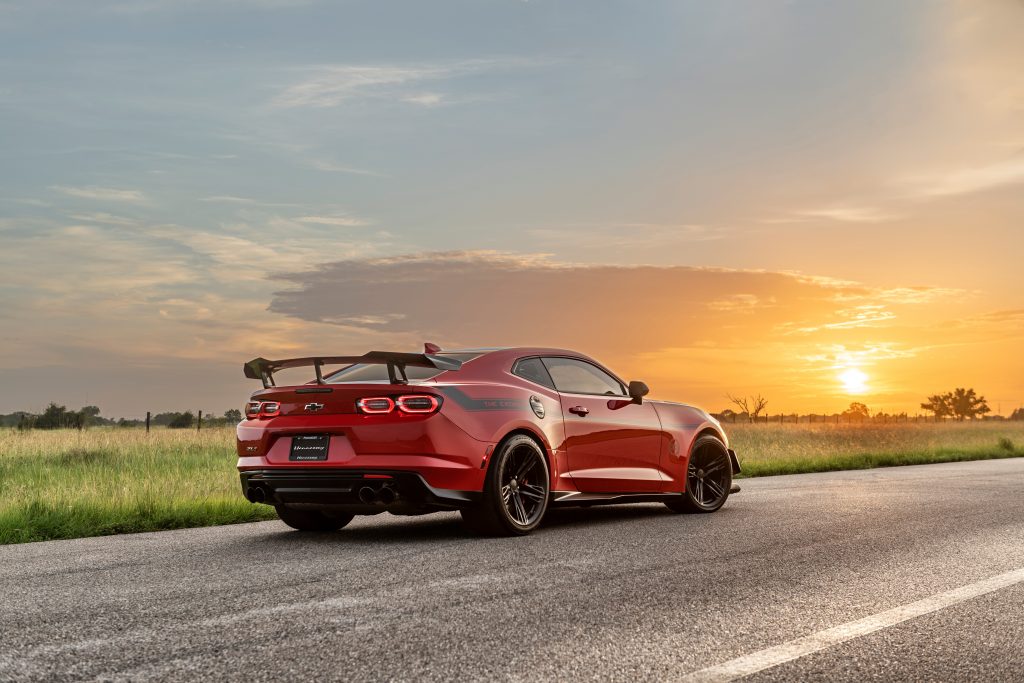