The Directors of Salon Privé are delighted to confirm the European debut of the stunning, limited edition Rolls-Royce Ghost Zenith which made its North American debut recently at Pebble Beach.

The Rolls-Royce Ghost Zenith will be a true collector’s item with just 50 of these extraordinary motor cars being made available by the marque. It comes to being as Rolls-Royce Motor Cars acknowledges the success and global adoration that has been lavished on one of the world’s most luxurious motor cars during its ten-year life cycle and with Ghost now truly at its apex, now is the time to celebrate the ultimate in craftsmanship and automotive perfection.

It was the Silver Ghost of 1908 that established Rolls-Royce Motor Cars as manufacturers of ‘The Best Car in the World’ and just over 100 years later, an experimental, contemporary expression of the iconic nameplate, 200EX was shown at the Geneva Motor Show. Since its introduction in 2009, Ghost has gone on to become the most successful Rolls-Royce motor car ever built, attracting a new and much younger group of owners to the marque, resulting in the average age of owners now being just 43.

The original 200EX concept was intended to be both driver and passenger focused, and no other car combines performance and dynamic driver experience with luxury in the way that Ghost does. The Ghost Zenith Collection retains the car’s dynamism but takes luxury to a new level, drawing many references from 200EX, the most significant being the inclusion of a commemorative ingot, made from the original concept’s Spirit of Ecstasy, melted down and set in to the centre console. Engraved with the three key design lines of Ghost, the plaque details its significant origins and even the Collection’s own Spirit of Ecstasy and clock are engraved with the name of this highly anticipated motor car. In the centre console, a blueprint inspired artwork enlarged to a point of abstraction has been divided into 50 distinct pieces, allowing each Ghost Zenith customer their own individual work of art.

The interior of the car is testimony to the incredible skill of the master craftsmen and women in the marque’s legendary Wood-shop as well as the members of the Bespoke Collective from the Home of Rolls-Royce’s Leather-shop. Three different finishes are offered; wood, Technical Fibre or Piano finished veneer, all of which perfectly compliment the exquisitely embroidered leather interior. Unique to the Ghost Zenith Standard Wheelbase, the famed Starlight Headliner is presented in a Shooting Star configuration, depicting shooting stars randomly firing across the cabin roof. 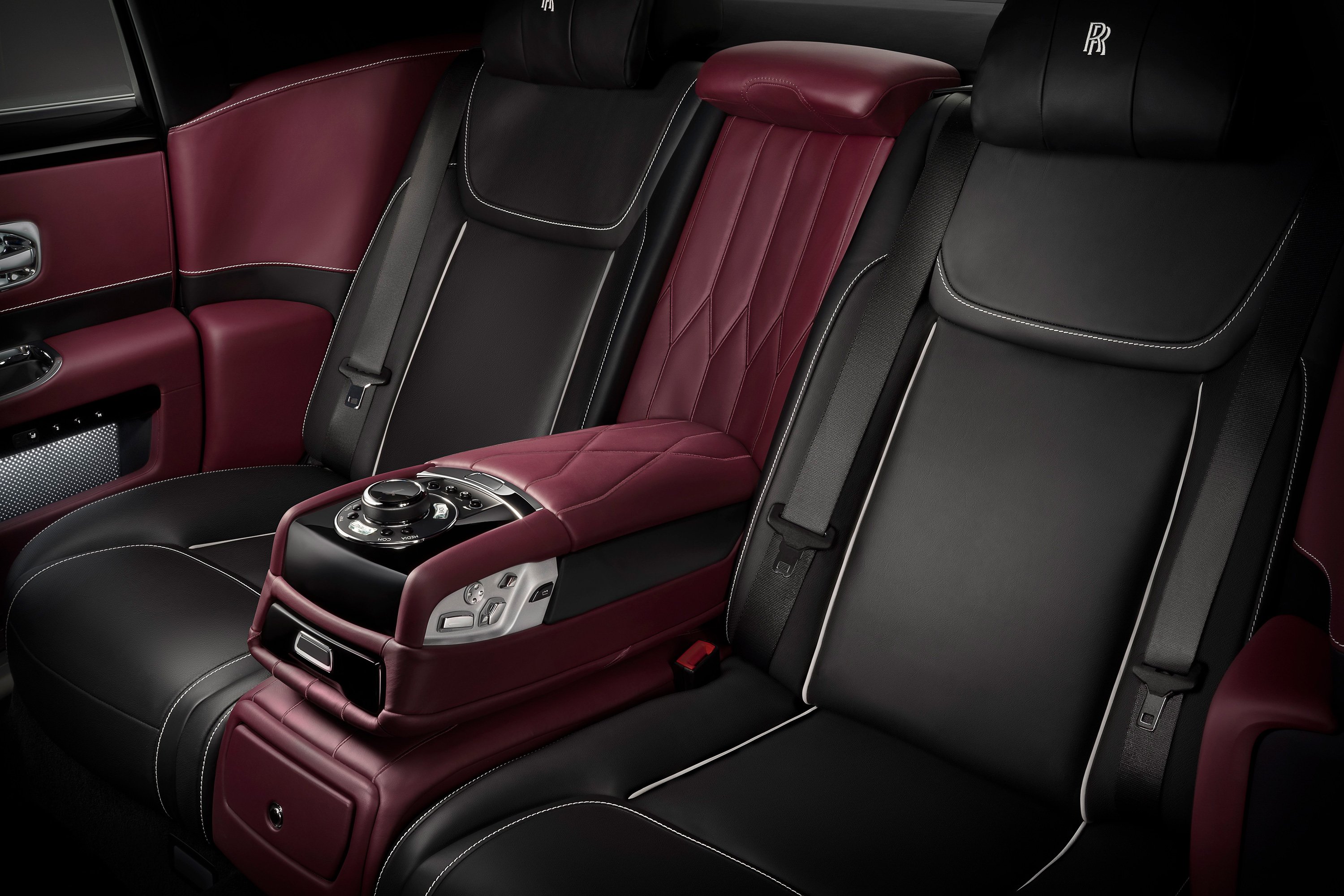 Externally, the Ghost Zenith Collection is presented in a stunning two-tone application with a high gloss contrast paint finish and Silver Satin bonnet, first seen on 200EX. Three different colour-ways are available; Iguazu Blue with Andalusian White, Premiere Silver with Arctic White or a daring Bohemian Red with Black Diamond, with multiple variants available highlighting the flexibility of the model. 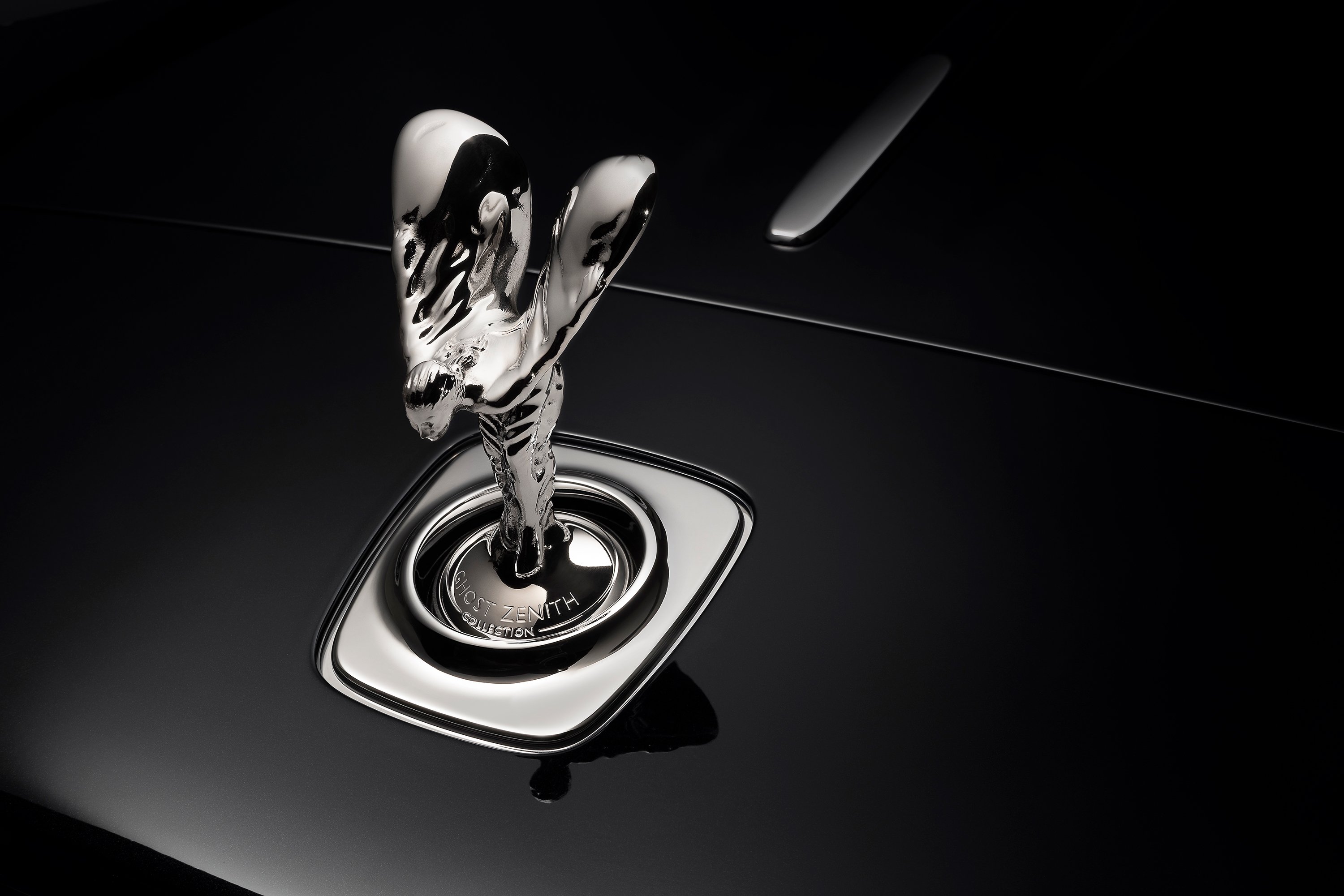