A dream car, an extreme, futuristic, almost irrational, definitely beautiful model capable of remaining imprinted on the memory of every single fan: half a century has passed since 9 March 1972, when the Maserati Boomerang made its debut at the Geneva Motor Show. It was a concept created by the renowned hand of Giorgetto Giugiaro and produced by Italdesign. 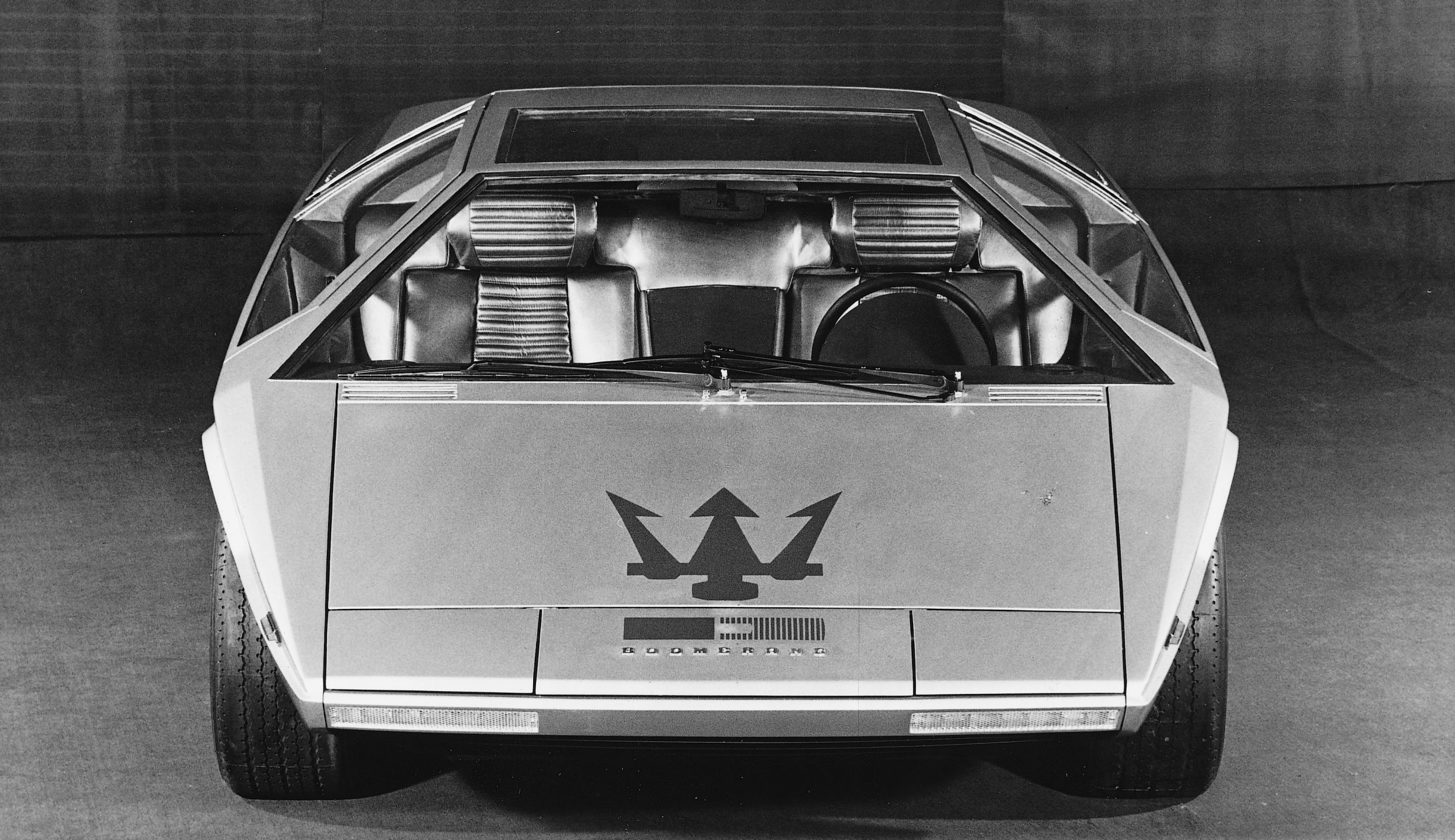 Maserati Boomerang – a mockup of which made a fleeting appearance at the 1971 Turin Motor Show: only one model was ever made, which would be presented at the Swiss show in 1972 as a registered vehicle that ran perfectly. The base used by Italdesign (chassis and complete mechanics) was a Maserati Bora, with a central eight-cylinder rear engine laid out at 90° that delivered 4,719 cc. It could unleash 310 hp, bringing it close to a top speed of almost 300 km/h. The rear-wheel drive had a five-speed gearbox.

The two-seater sports coupé never went into production. Instead, it left behind a stylistic legacy that continued to live on not only in Giugiaro’s later creations, but also in other projects, serving as inspiration for various other automakers in Europe and the United States.

The originality of the Boomerang from an aesthetic point of view was demonstrated in its wedge shape and in its bold, clear lines, which conveyed an image of penetration, power and speed.

The model was designed along a horizontal line that divided the car in two, with a sloping windscreen and a panoramic sunroof. The original windows, especially on the two doors, were interspersed with a strip of metal. The retractable square headlamps stood out in the front, alongside the horizontal lights in the rear. 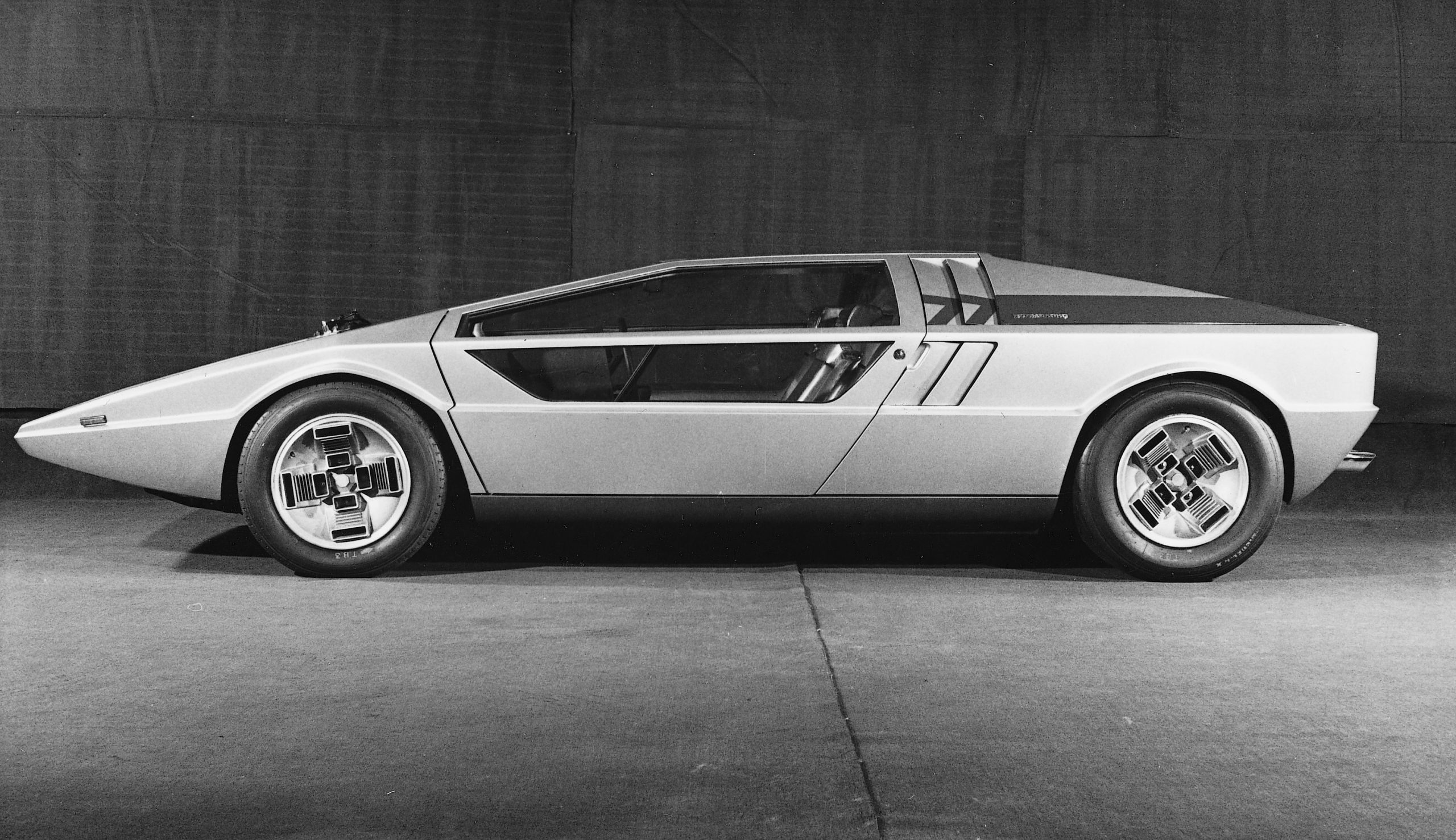 It was extremely modern in terms of its interior, where the dashboard instruments were built into the spokeless steering wheel and the seats were positioned very low.

The only specimen of the Boomerang ever produced also made other appearances in international competitions. It would change hands between various owners, ended up featuring in a number of auctions, and was even used in commercials.

Maserati Boomerang, considered by many to be a genuine work of art, was revolutionary and managed to influence the designs of successive cars. It continued the tradition of Maserati as a brand capable of creating unique automotive concepts, iconic and avant-garde cars that acted as pioneers of technology and style.

Now more than ever, Maserati is unique for its design and innovative by nature, with the MC20 super sports car, the new Grecale SUV and the Nettuno engine, a patented synonym for technological revolution.