This historic Maserati Tipo 61 (chassis 2459) will join us for this year’s Chubb Insurance Concours d’Elégance in the ‘Classic Racers against the Stopwatch’ Class. Built for Briggs Cunningham and prepared for racing by Alfred Momo, #2459 was primarily driven by two-time SCCA Driver of the Year Walt Hansgen with Dr. Dick Thompson and Augie Pabst also driving. Under Hansgen, Thompson, and Pabst, Birdcage #2459 achieved four wins and one finish each for second, third, and fourth place in 1960 and 1961.

In 1962, Birdcage 2459 was taken to Daytona to compete in the first 3-hour Continental on February 11 with Augie Pabst as the driver. After 2 years of success, Maserati Tipo 61-2459 had an accident during a practice run for this event. Pabst walked away from the accident with cuts, bruises, and a few broken ribs, while the damaged 2459 was taken back to Momo’s shop in New York. Momo decided not to restore the car and instead dismantled it and sent it to England for potential use on Maserati Tipo 60 and 61 Birdcages. It wouldn’t be until many years later that Maserati “Birdcage” Tipo 61 chassis 2459 began restoration under a distinguished, but anonymous, Italian collector. 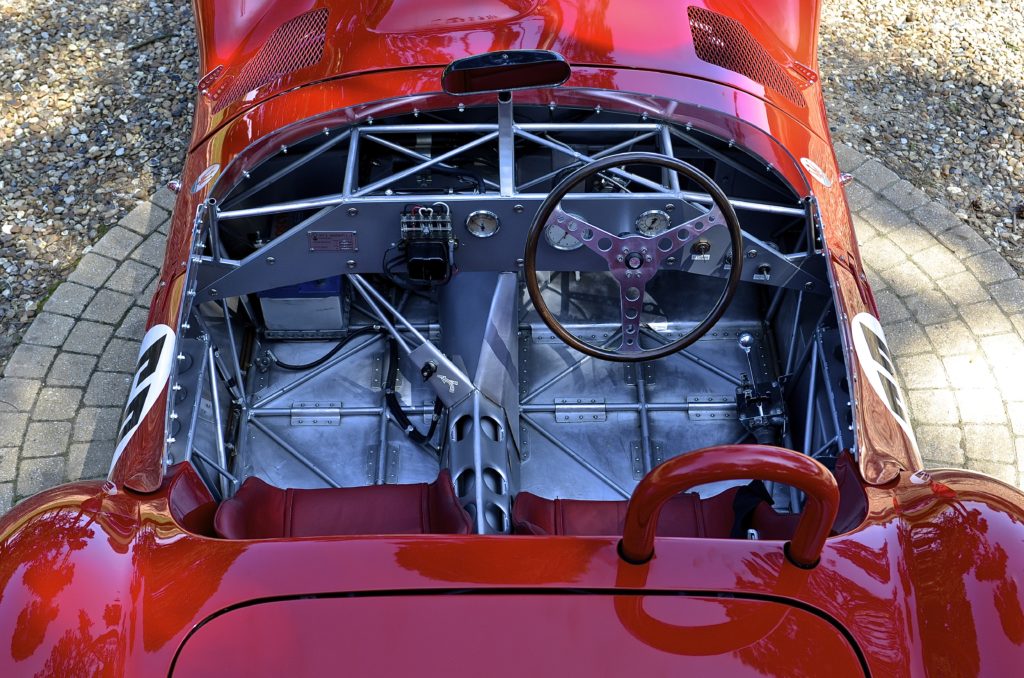 The restoration of the Maserati Tipo 61-2459 “Birdcage” began in 2007 in Modena, Italy, home of the Maserati factory. An Italian collector spent years painstakingly collecting original Maserati birdcage parts for 2459 before even beginning the restoration. Then Italian professional welders rebuilt chassis using the same secret welding processes and small diameter chrome-molybdenum steel tubes that were unique to the production of the birdcages in the 1960s. 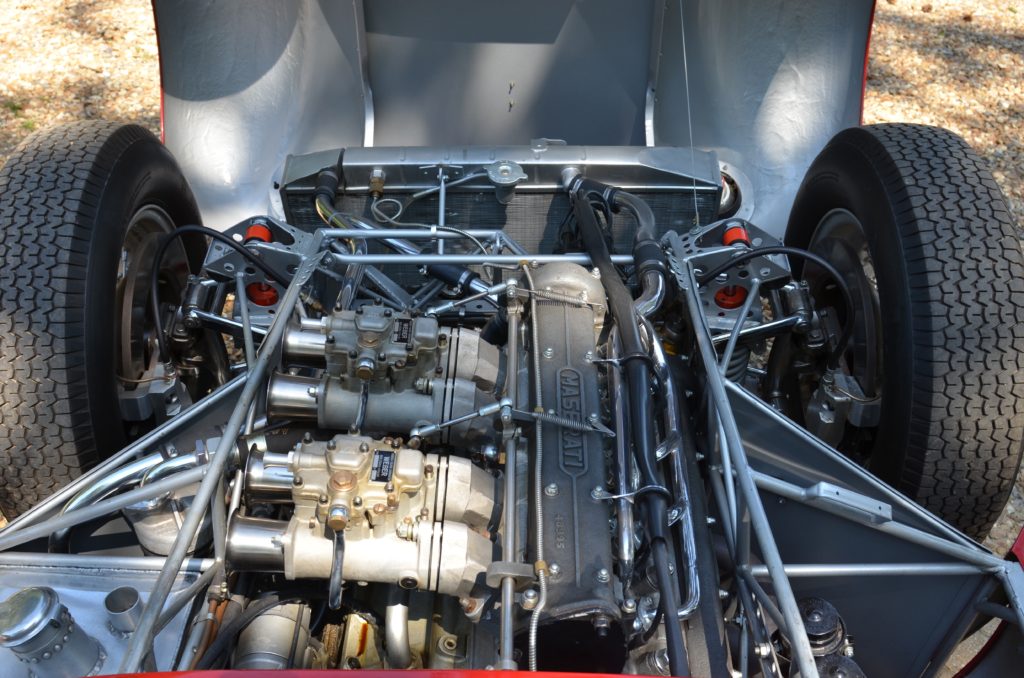 The original parts the Italian collector assembled for 2459 were mostly engine parts, and included an original cylinder head, lower crankcase and sump, cam covers, and transaxle tower (also known as a differential case) which included the cast numbers for the original birdcage parts used which verify the parts as original. Frank Tralli of Modena, Italy, rebuilt the engine to original birdcage specifications from both these original parts and other parts manufactured according to the original drawings. He then subsequently Dyno’d the engine for racing.

A truly special car for this week’s Chubb Insurance Concours Car of the week!