The opening day of the 2021 Salon Privé Week – Wednesday 1 September – was packed with model debuts from the world’s leading manufacturers, the reunion of a Ferrari 250 GTO with its famous first owner, and the announcement of a brand-new 2022 event by the organisers of Salon Privé. 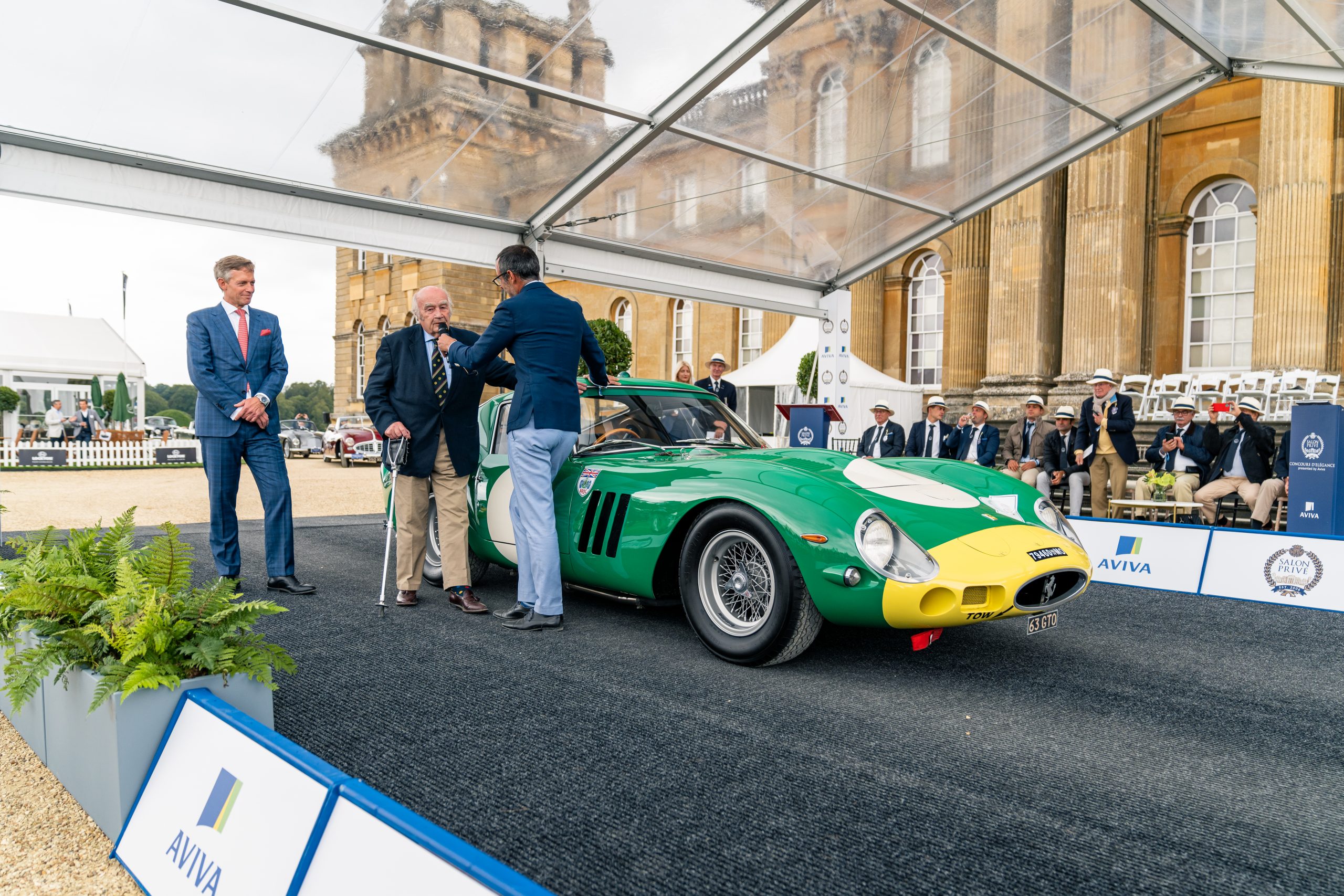 Nearly 150 members of the press were on hand as legendary Italian design house Touring Superleggera gave the Arese RH95 its global debut, and the mid-engined supercar – resplendent in green with yellow highlights – greeted visitors as they walked onto the South Lawn in front of Blenheim Palace. The Arese RH95 is named to reflect 95 years of Touring design heritage, and follows on from the Disco Volante and the AERO 3, which received its world debut at last year’s event.

The Range Rover Sport SVR Ultimate Edition was also given its global debut. Based on the Sport SVR – Land Rover’s fastest and most powerful SUV – the Ultimate Edition boasts exclusive colour combinations and detailing, and the car presented at Salon Privé was finished in a beautiful shade of Maya Blue. 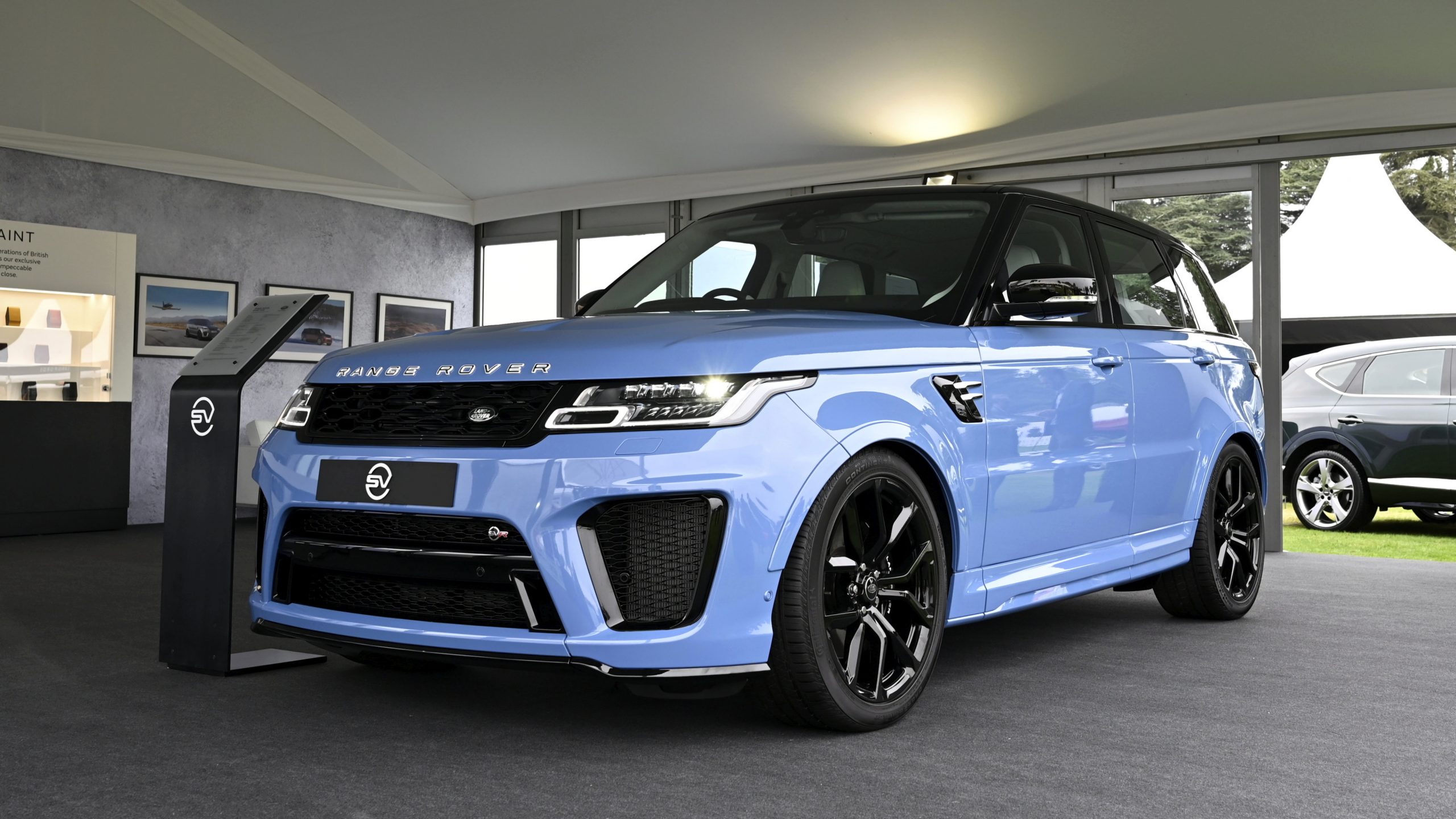 Not far away on the South Lawn, there was a European debut for the latest model in the McLaren long-tail line-up – the 765LT Spider – as well as the Morgan Plus Four CX-T, which has been developed by Rally Raid UK as a rugged overland vehicle.

Alpine gave its A110 Legende GT 2021 its UK debut. Limited to 300 units worldwide, the striking French sports car boasts 292bhp in a package that weighs less than 1100kg, and includes a number of features that are unique to the Legende GT 2021, such as the matt Mercury Silver paint.

‘Salon Privé is a fantastic event,’ said Seb Brechon, Alpine Territory Manager for the UK. ‘It’s great for us – the venue, the setting, the fact that it has a garden party feel. We love being here – it’s the fourth consecutive year that we’ve been at Salon Privé and it’s one of the events that we really look forward to.’

Luxury Italian carmaker Automobilia Pininfarina was another to give a new model its UK debut. Worldwide production of the stunning Battista Anniversario will be limited to just five cars, all of which are now sold, and with 1873bhp, the all-electric hypercar is the most powerful road-legal car ever to come out of Italy. It was displayed alongside six timeless classics that were entered in a Concours d’Elégance class celebrating 90 years of the Pininfarina SpA design house, which assisted Automobilia Pininfarina in production of the Battista Anniversario.

Another all-electric hypercar making its first UK public appearance was the Automobili Estrema Fulminea – the first car in the world to use an innovative ‘hybrid’ battery pack combining Li-ion cells with solid-state electrolyte and ultracapacitors. Also making its UK debut was the fully electric Hispano-Suiza Carmen. Designed, developed and built in Barcelona, the Carmen marks a return to car production for one of the oldest and most prestigious names in automotive history. 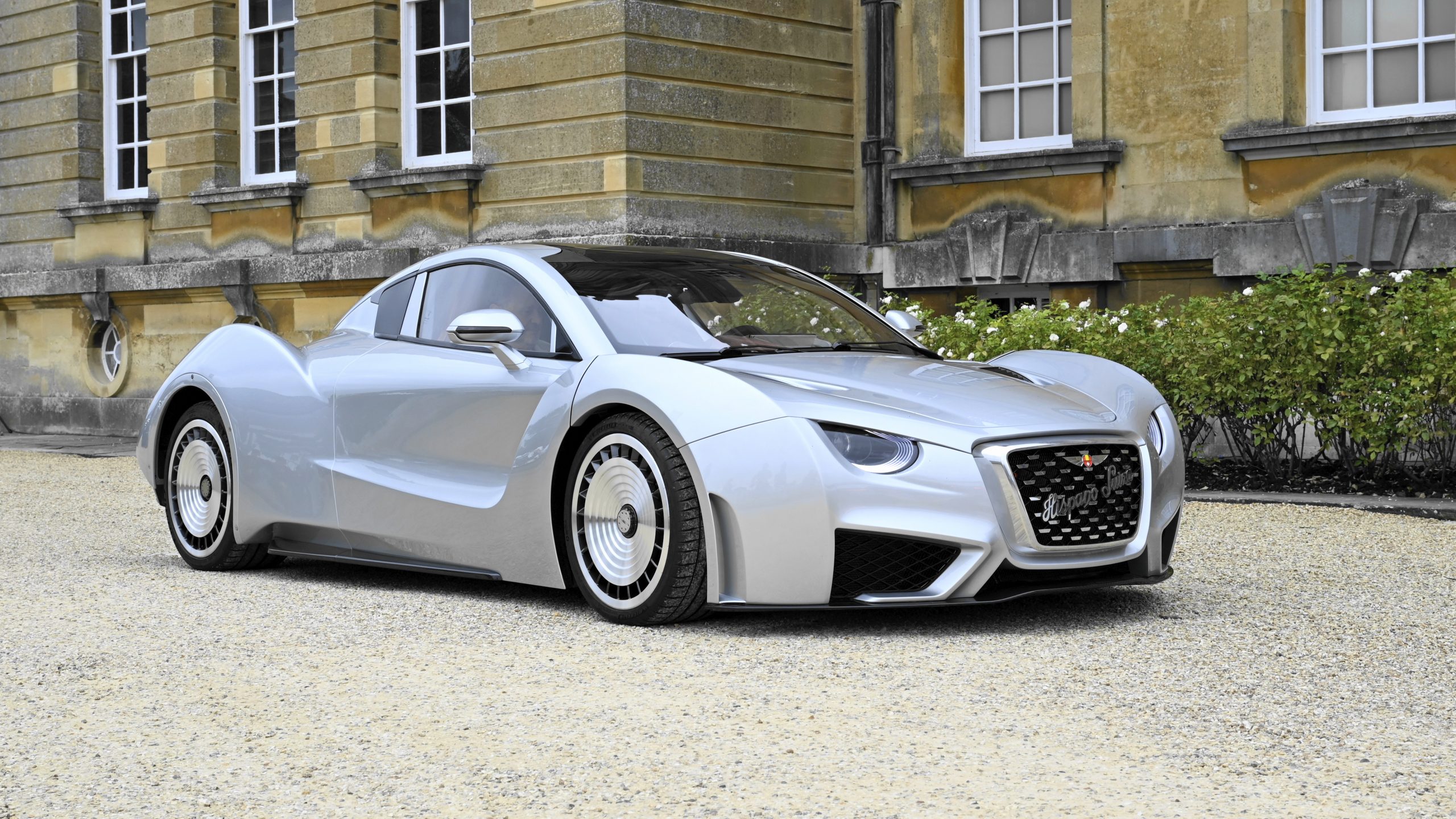 The sheer variety of machinery on show at Salon Privé was highlighted by the fact that the Hispano-Suiza was joined outside the Spencer Pavilion by the BAC Mono R – a minimalist sports car that uses graphene in its body panels to limit its total weight to only 555kg.

The hallowed turf of the Blenheim Palace cricket pitch swapped leather and willow for some of the most coveted machinery ever built, via the introduction of a brand-new feature for 2021. The Red Collection was unveiled on Wednesday during a dramatic ceremony, and at the centre of the 12-car display was a sensational Ferrari 250 GTO. Chassis 4399 GT – raced in period by the famous Maranello Concessionaires team – was surrounded by cars covering more than 80 years of automotive history, including the 1932 Alfa Romeo 8C 2300 Monza Spider Zagato that won Best of Show in last year’s Salon Privé Concours d’Elégance.

They were joined by a Maserati 250S that was driven in period by Juan Manuel Fangio and Stirling Moss, a Ferrari F40 that has covered only 2371km from new, a Mercedes-Benz 300SL ‘Gullwing’, and two Paganis in the shape of a Huayra Roadster and a Zonda F Clubsport. One of the most significant Ferraris of all time – the 166 MM that won the Mille Miglia and Le Mans 24 Hours in 1949 – was also part of the line-up, along with a Ferrari 275 GTB Competizione Clienti that was one of only 10 built. The show-stopping group was completed by an ex-Scuderia Filipinetti Porsche 904 Carrera GTS, a McLaren F1, and an Amilcar C6.

Chassis 4399 GT wasn’t the only GTO at Salon Privé. Taking pride of place in front of Blenheim Palace was 3767 GT, which was reunited with first owner David Piper on Wednesday afternoon. The British privateer bought the GTO new in 1962 and finished fourth overall on that year’s Tour de France, before heading to South Africa and winning the Kyalami Nine Hours. The reunion at Salon Privé was made even more special for being a family occasion – Piper was joined by his wife Liz, as well as his daughter and grandchildren, who proudly watched as he was interviewed with the GTO on the main stage in front of the palace.

Along with the unveiling of The Red Collection came the announcement of a brand-new Salon Privé event – ‘The Chelsea Edition’, which is set to take place from 21-23 April 2022 at the Royal Hospital Chelsea, home of the famous Chelsea Pensioners and world-famous RHS Chelsea Flower Show. With Salon Privé retaining its traditional September date at Blenheim Palace, the springtime London fixture will be the perfect way to bookend the motoring season.

Event Director Andrew Bagley said: ‘Wednesday was a sensational opening day for this year’s Salon Privé Week, and it was great to see so many manufacturers presenting new models for the first time. It was also an honour to welcome David Piper and his family to Blenheim Palace, and hear his memories of his time with the GTO. We were particularly excited to announce a second Salon Privé event for 2022, and we look forward to returning to London next spring for our new Chelsea Edition.’