«Nothing is created, and nothing is destroyed but everything is transformed» said Antoine-Laurent de Lavoisier, father of modern chemistry. The same principle can provide an authentic evolution, and this is what Kimera Automobili has done.

EVO37 is the name of that evolution coming true: originated from its past to turn into an icon of motorsport all over the world, reaching the highest level of performances development likewise that car is created nowadays, by modern knowledge and technologies.

The result of this implementation is a completely new hi-tech road car made it possible thanks to a cutting- edge making process and unique methodologies of Italian automotive industry, such as 3D scanning, reverse engineering, CAD, CAE, rapid prototyping, CNC milling and sintering. 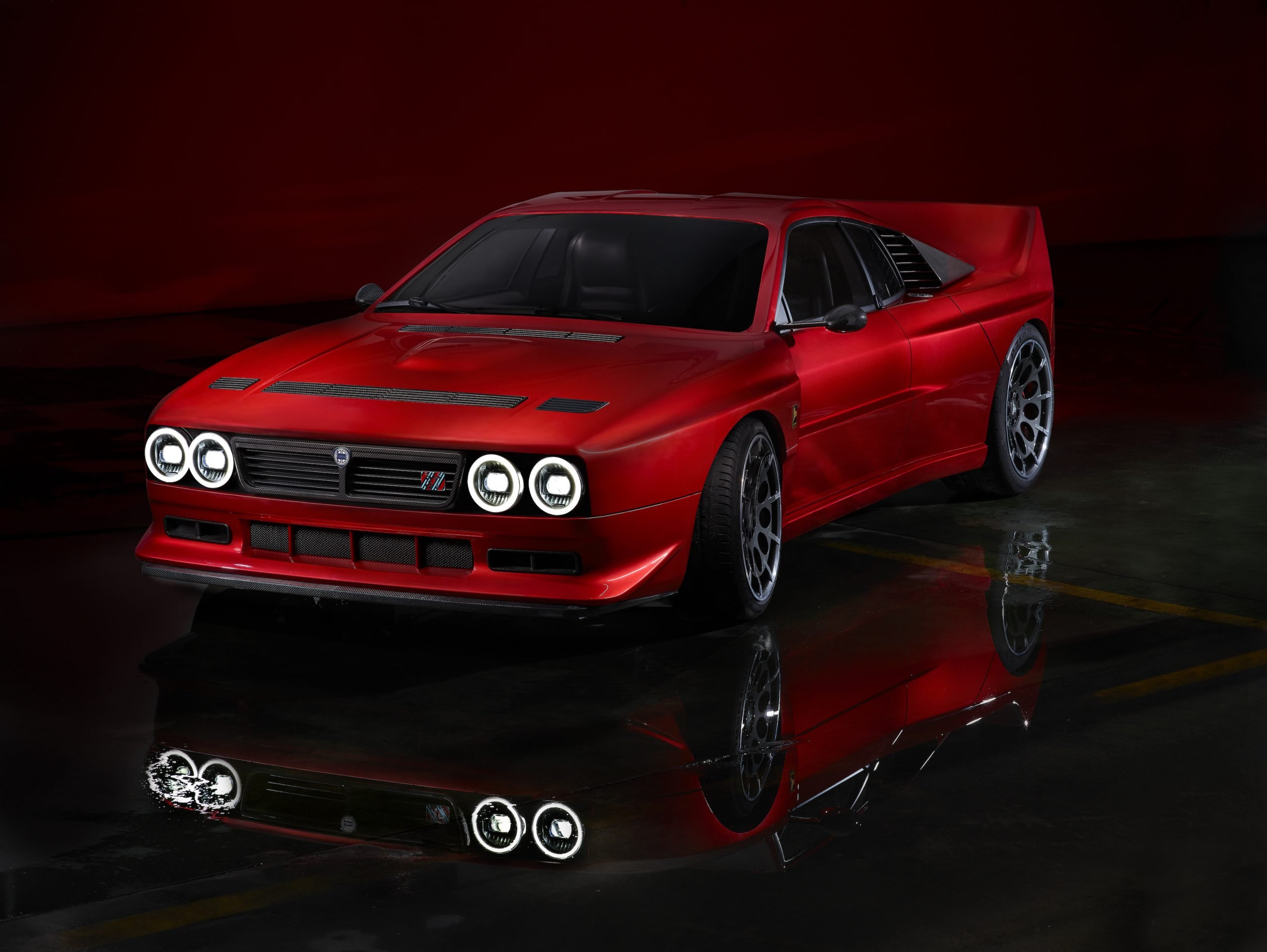 Embracing the Restomod philosophy, this supercar brings it to the next level by virtue of combining the style and charm which belong to one of the most legendary racing “Beast” from Eighties and, at the same time, the qualities of a modern car when it comes to performance, comfort and everyday usability.

The aim of EVO37 is to continue the great history of the original model, a main protagonist in the World Rally Championship at the beginning of Eighties, the “last Queen”, that is the last rear-wheel drive Group B which won the world title by defeating the all-wheel drive competitors. A real legend car and a cult for all car enthusiasts.

Kimera Automobili EVO37 will be assembled into 37 models only, in limited and numbered series. Eight of them have already been sold to important car collectors from all over the world even before official presentation. 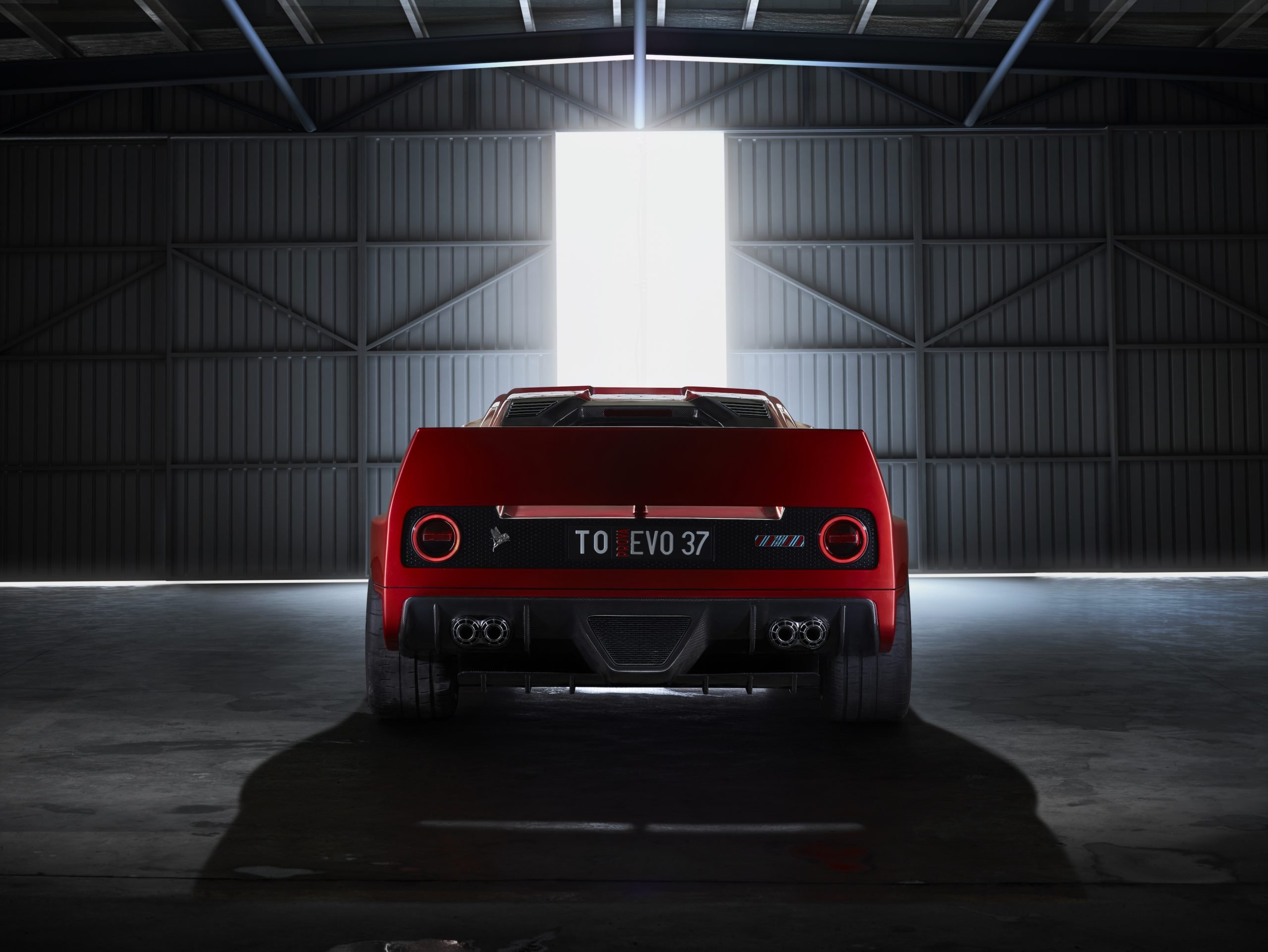 And what’s more, the same work team who gave birth to the car that inspired the EVO37 has also been involved to realize this project, a brilliant group of engineers: Mr. Sergio Limone, Mr. Claudio Lombardi, Mr. Vittorio Roberti, Mr. Franco Innocenti and, last but not least, the World Champion Miki Biasion.
Other great names from the Italian motoring joined the group and the result is a strong technical team with the top companies from Turin hinterland specialized in car production. These historical business realities are part of a Piedmontese automotive supply chain that still have a lot to say and to do and, moreover, which is also well known among experts: Italtecnica, Bonetto, LAM Stile, CiElle Tronics, Bellasi and Sparco. All of them represent a technical and cultural heritage which deserve an enhancement, especially during the specific phase Italian automotive industry is experiencing nowadays.

Design and mechanical details
The starting point of EVO37 is its central monocoque chassis, which is the same from the Lancia Beta Montecarlo. In the old car, it was anchored to two front and back tubular structures, needed to define the vehicle set-up and dynamics. Now there is a single one self-supporting round tubular structure built around the old original monocoque chassis; In a similar way as Delta S4. EVO37 has Pirelli wide section tyres: 18” for the front and 19” for the rear. Suspensions are totally re-designed, keeping the old scheme but evolved; braking system, by Brembo, is upgraded. 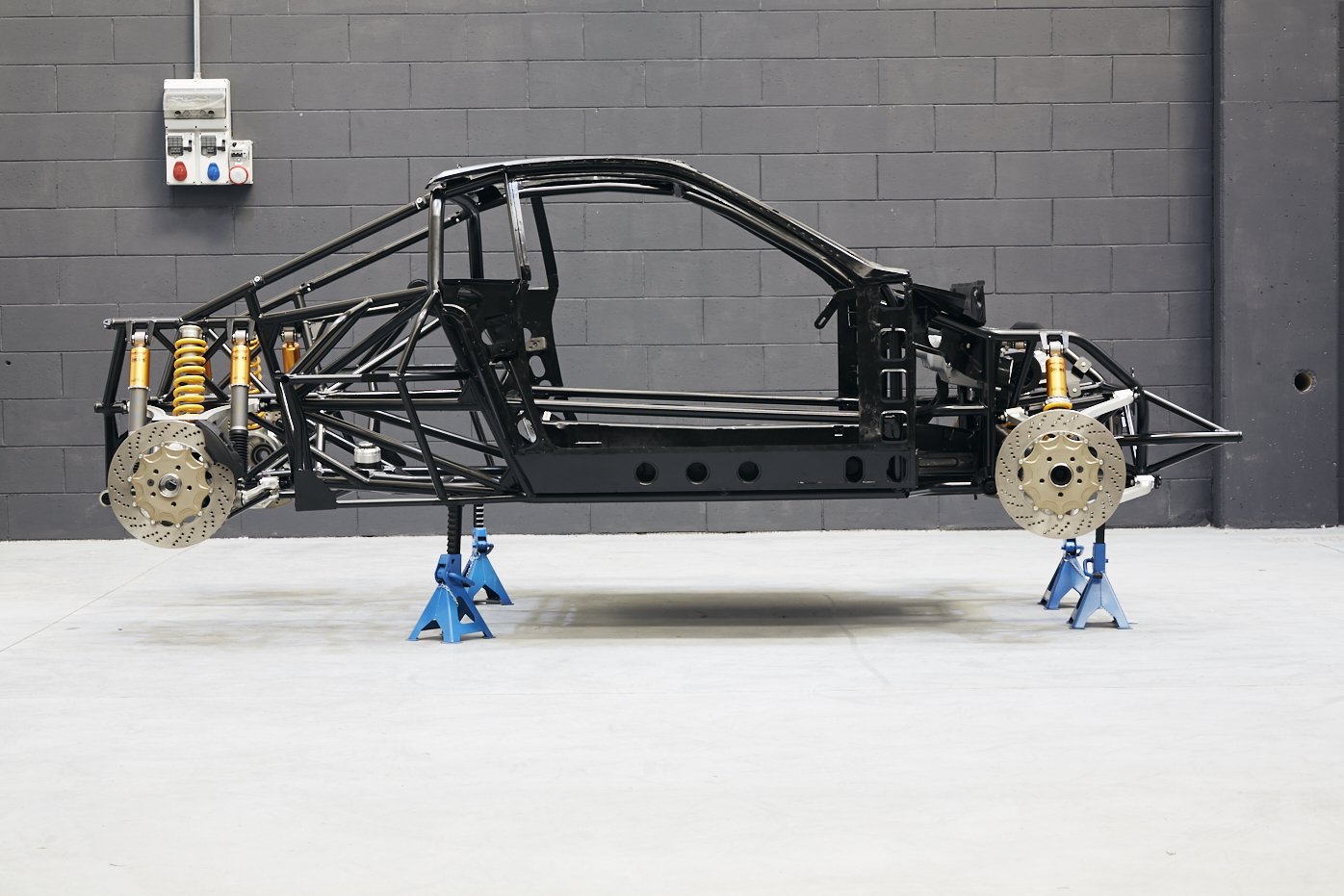 Thanks to an accurate and detailed labour process and engineering activities, the final product combines all the finest modern technologies and materials, carbon, kevlar, titanium, steel and aluminium to realize a perfect synthesis in a 500-horsepower racing car of 1000 kg and 580 Nm. The engine is made up from the original monobloc of the legendary Group B car but everything else is completely redesigned, reverse engineered and constructed by Italtecnica, under the guidance and leadership of Claudio Lombardi, the father of all the sports cars motorizations of Martini Racing team. 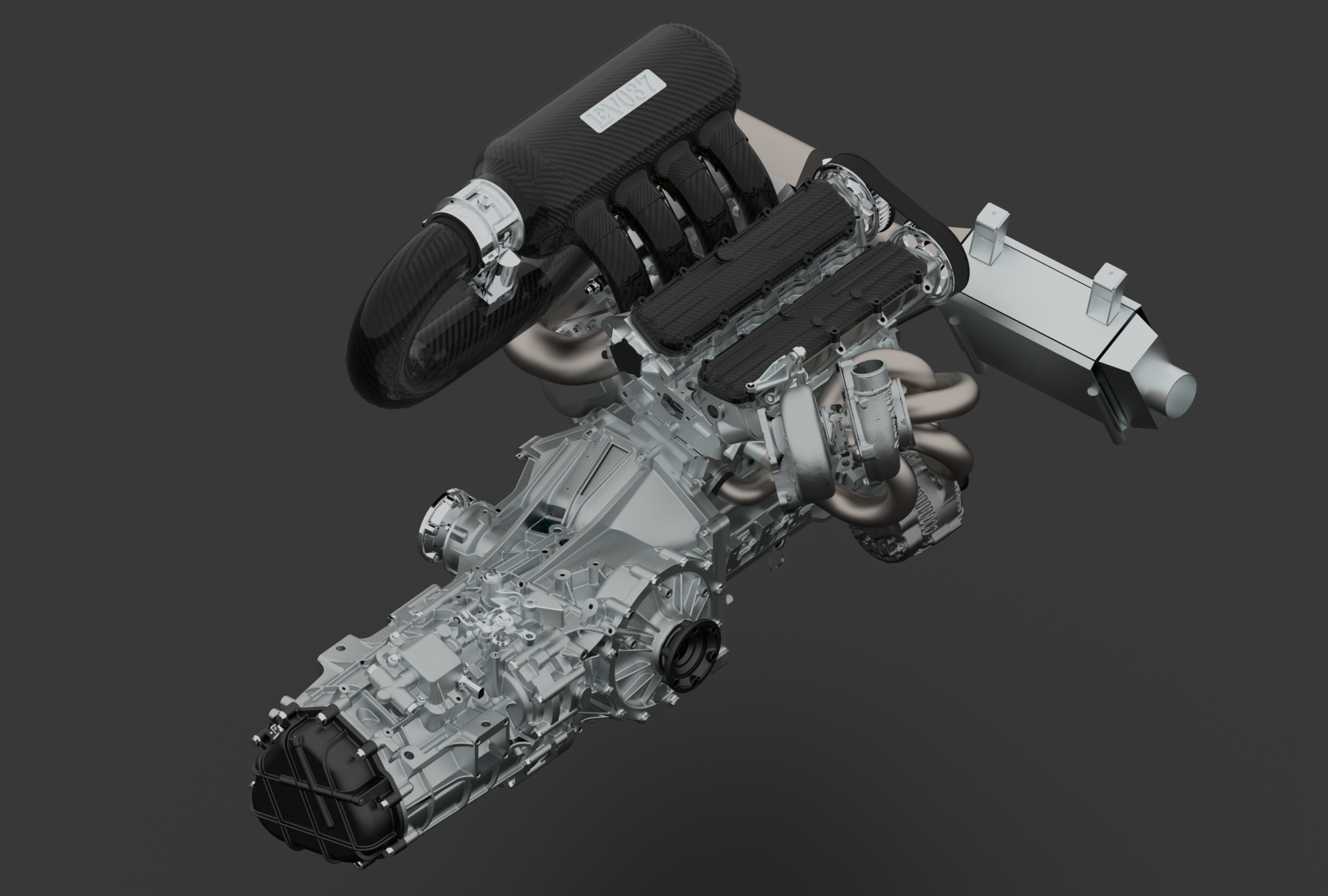 EVO37 design has instead been conceived and desired by Luca Betti, founder and soul of Kimera Automibili, while recreated and modernized by the greatest designers and modellers from Turin who maintained its primordial lines. Wise and careful interventions are aimed to highlight the vehicle muscular lines, its typical front composed of four headlights and rally inspired wheels.

Turin “automotive-valley” knowledge and potential can offer to Italy the conditions to grow and act as a protagonist again, in fields where Italy itself has been excelling in a long time: design, research, projecting, prototyping and production of high performing standard cars and racing ones. Third millennium automotive Renaissance is running even through high technology niche projects and exclusive intuitions. 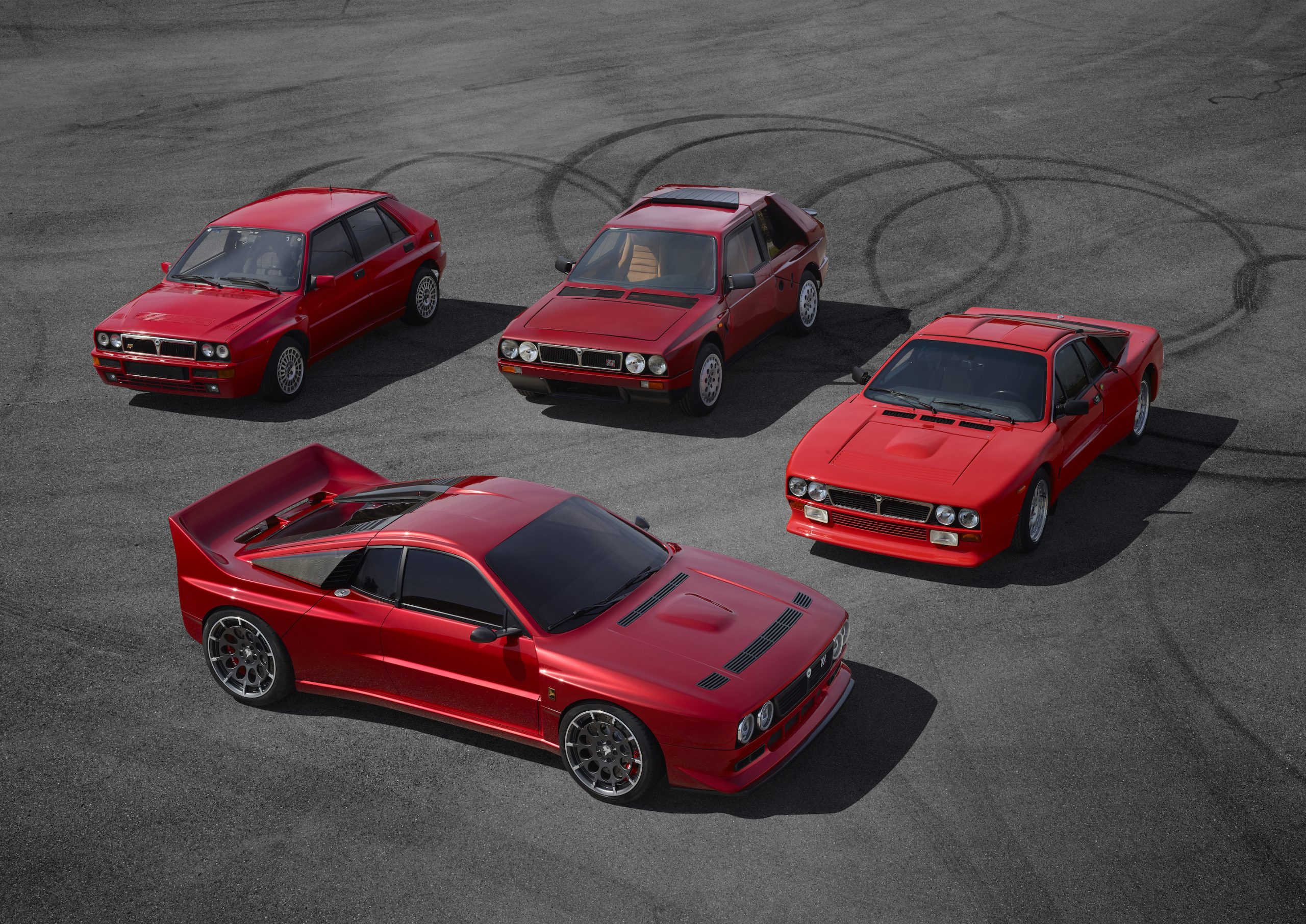 The plus of Kimera Automobili
Kimera Automobili takes care of projecting phases and production of its cars with the same methodology and industrial processes of the most famous and important car brands, but the plus is the meticulousness and craftsmanship of details and innovative materials. The company’s values are passion and excellence of working methods, in compliance with intellectual and cultural heritage, enhancement of local expertise and celebration of quality and originality. Company’s name takes inspiration from the myth of Chimera, the winged lioness, which is its symbol too. Chimera’s meaning is also a personal metaphor for Luca Betti himself, who turns this utopistic belief into a concrete reality and makes dreams reborn, live and shine again.

Company’s headquarter is in Cuneo, at Villa Kimera, a sumptuous and noble residence of XVII century rounded by a beautiful and lush Italian garden, in a private park. In this stunning location there are offices, assembly department divided into single unit in a perfect WRC style and the Kimera Automobili garage, besides many other areas intended to hospitality necessities and special events. 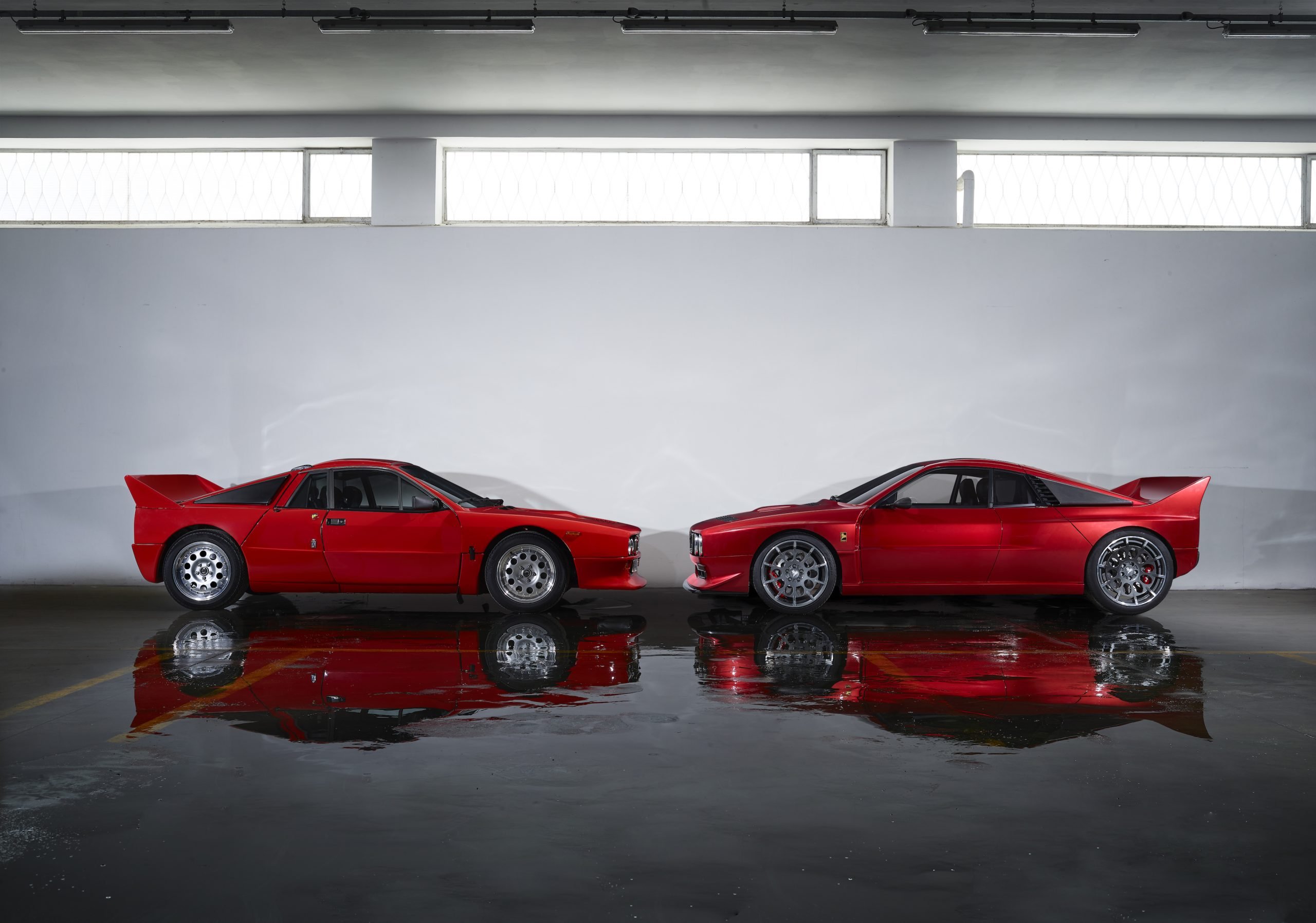 Founder and Ambassadors profiles
Luca Betti is the CEO of Kimera Automobili, born in Cuneo and son of art: his parents and relatives were drivers who played main roles in motor racing during Seventies and Eighties. From an early age, he devotes his life to his greatest passion, the motor world and became a professional driver. He collected a lot of successes in over 15 years, with memorable victories in many races and championships. Meanwhile, he has been started business activities in multiple fields. One of them is Kimera Motorsport, his personal racing team, with which he conquered significant goals both as a driver and a manager. He also managed Abu Dhabi Junior Team and some other activities for Red Bull and Peugeot Sport.

Champions of legendary Martini Racing team who run the World Rally Championship will be the testers and ambassadors of Kimera Automibili. A special mention goes to Miki Biasion, who from the beginning has been carrying on creation, project, and development of the EVO37 and will test the car with Luca Betti and the other great drivers. «The best thing a dressed man can do is drifting» says Biasion, who is instilling in this vehicle his long and deep experience. 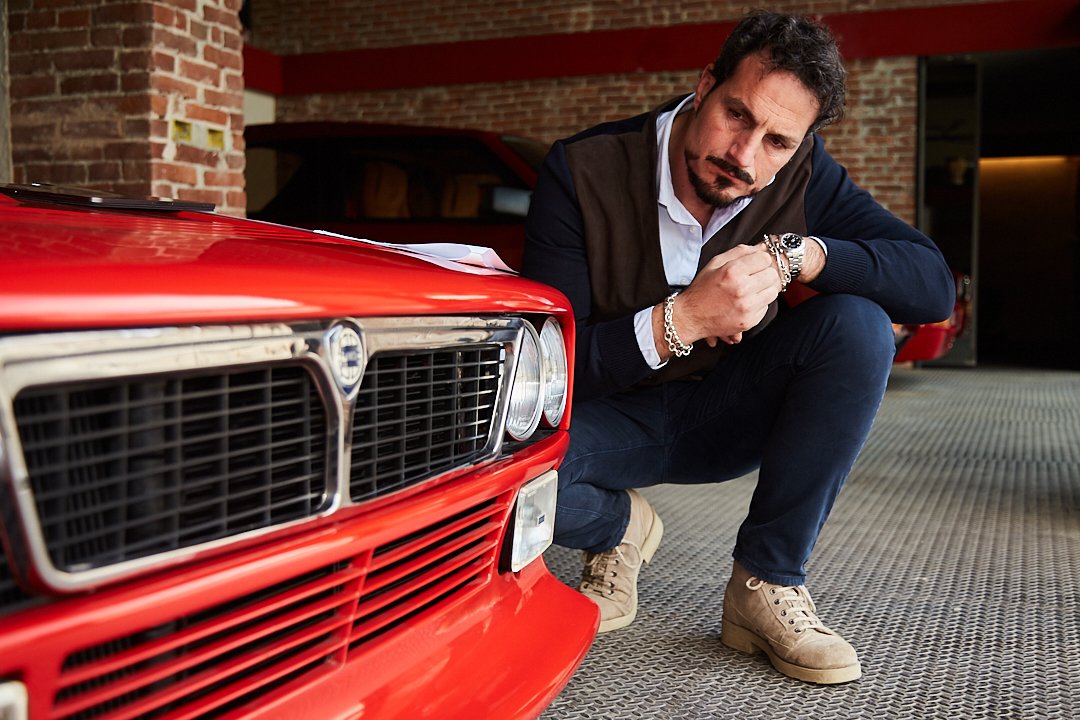 Kimera’s vision and EVO37 launch
Kimera Automobili thinks that this supercar could raise a great interest all over the world due to its performance, technical content, and reminiscent impact. EVO37 will be delivered to international buyers with no type approval limits and the commercial launch will be powered by Kimera Automobili and exclusive partners.

The official presentation of EVO37 will take place in July, during the Goodwood Festival of Speed. Release of first models is scheduled for September.