Pirelli all set for Salon Privé

Italian tyre manufacturer Pirelli will once again take centre stage at the most exclusive motor show in Britain: Salon Privé.

Half motor show, half-garden party, this prestige event takes place each year in the grounds of Blenheim Palace: the birthplace of Sir Winston Churchill in Oxfordshire.

Salon Privé is now in its 14th year, with Pirelli supporting the event as sponsor for the last five years. From September 5th-8th, some of the most rare, exquisite and prestigious classic cars from around the world will form the centrepiece of the show. The annual event is a highlight of the year for some of the most luxurious and renowned automotive manufacturers out there, displaying their latest automotive offerings with both static exhibitions and moving demonstrations.

Pirelli will also have a prominent presence in the grounds of Blenheim Palace on the first weekend of September, offering quintessential Italian treats in its own lounge area.

The Salon Privé Concours d’Elégance by Chubb Insurance opens the prestigious event on Thursday 5th September when, by invitation only, the most sought-after classic cars and motorcycles are displayed and scrutinised in detail by a committee of internationally-recognised judges.

An impressive line-up of modern-day supercars, hypercars and classic cars then provide the perfect backdrop for Friday’s Salon Privé Ladies’ Day by Boodles, before the weekend gets underway. 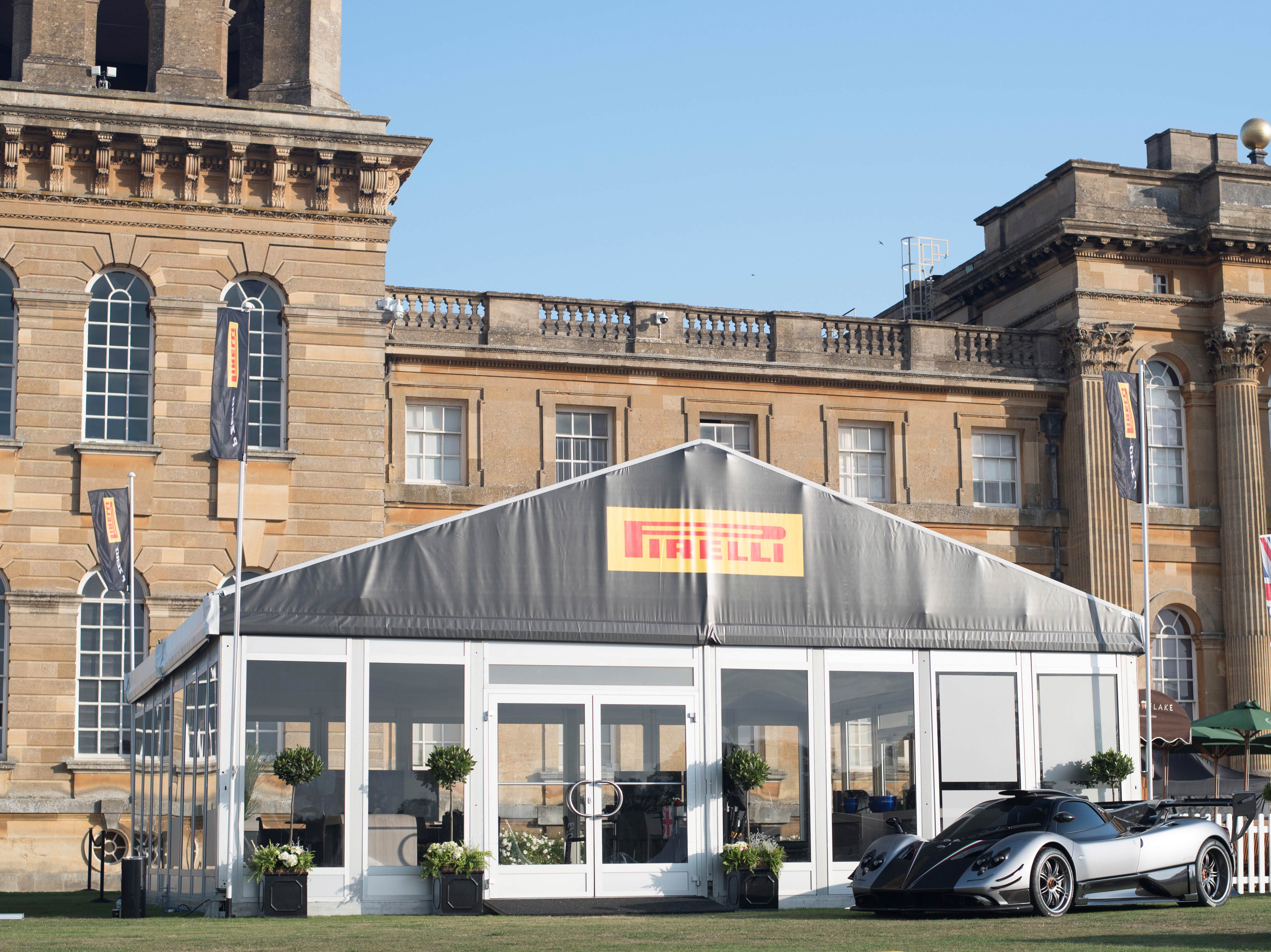 Saturday and Sunday take in a celebration of all things Bentley, as part of the prestigious marque’s centenary. Pirelli has been working with the Crewe-based carmaker for decades, delivering a unique combination of performance and comfort to a variety of car models. The very first Mulsanne was fitted with low profile Pirelli tyres, while the Bentley Continental GT was shod with the asymmetric Pirelli P Zero. The timeless Arnage also received its own specifically developed P Zero Rosso tyres when new.

In 2018, a Pirelli-equipped Bentley Bentayga broke the SUV record at the celebrated Pikes Peak hill climb in Colorado, slashing the previous record by almost two minutes and cementing the Bentayga’s reputation as the fastest SUV in the world. For 2019, Bentley and Pirelli returned to the renowned hill climb with a new challenge: to break the outright production car record. The P Zero-equipped Continental GT covered the 156 corners in 10m18.488s, to set yet another fresh benchmark.

Pirelli also shares Bentley’s motorsport activities with the Continental GT3 that recently took a commanding victory in the 2019 Blancpain GT Series 1000km of Paul Ricard – one of the most prestigious GT3 races in Europe.

Track Adrenaline warms up for the UK

Salon Privé will host the UK launch of Pirelli’s Track Adrenaline product, for those who like to put their supercars through their paces on the track. Track Adrenaline is a new track day tool for track day users, gentleman drivers and driving schools, which manages to time laps while also serving as a real time tyre pressure and temperature monitoring system. Track Adrenaline consists of an electronic box that can easily be fitted to a car, which is linked to the Track Adrenaline smartphone app and P Zero Trofeo R tyres with sensors inside. The Track Adrenaline box is also equipped with a powerful GPS unit, which guarantees precise geolocation and definition of racing lines, as well as timing. It opens up new frontiers in track day technology.

P Zero Experience is an exclusive track-based event that Pirelli reserves for its customers, but it is far from a traditional track day. Having started in Italy in 2009, the P Zero Experience will be launching in the UK for the first time, with details of the exclusive programme made available at Salon Privé.

P Zero Experience is an event designed to give supercar enthusiasts and collectors a true experience of the world of Pirelli. The events take place at exclusive racing venues around the world, in a style that only Pirelli knows how to deliver.

Five-star hospitality, an open pit lane with assistance from Pirelli’s world-class technicians and engineers, as well as spine-tingling circuit action: what more could the ultimate track day involve?