Praga Cars has signed contracts with its first three official Praga Racing dealers as a new international network of partners is established to build on the R1’s growing reputation.

Praga Racing ANZ (Australia/New Zealand), Praga Racing Benelux (based in Belgium) and Praga Racing West (California) have been established as the first three Praga Racing dealer partners taking their place on the starting line with the Czech brand.

Praga’s first stage of its global network has been managed in a joint effort between the company’s manufacturing and legal teams in the Czech Republic and the Praga Cars’ global commercial headquarters in the UK.

Mark Harrison, Head of Commercial Operations, Praga Cars said: “We have been laser focused on establishing a successful racing programme in the UK in 2021, but our increased profile has led to incoming interest from established and experienced race teams and motoring businesses and accelerated our programme of dealer partner contracts. We had planned for most of the 2021 production to come to the UK to race in 2022, but we now have a nice problem of having to also produce R1s for this network of new partners.”

Tomas Kasparek, Owner, Praga Cars, said: “I am really pleased that we have secured this initial group of Praga Racing partners. Some already have good experience of the R1, whilst others clearly show excellent client relations in motorsport or high-performance motoring and therefore have excellent client bases. This will mean we have to re-plan our production, but I fully expect us to satisfy demand now around the world for the next race season.”

Praga Cars remains in discussions with other potential international R1 dealers in Africa, Asia, Europe, and North America, and is targeting agreements with just three more in 2021 in order ensure high quality of service and production planning whilst the company grows its network. Meanwhile, VR Motorsport, Praga Cars’ UK dealer partner is set to re-brand as Praga Racing UK/I in the coming weeks. 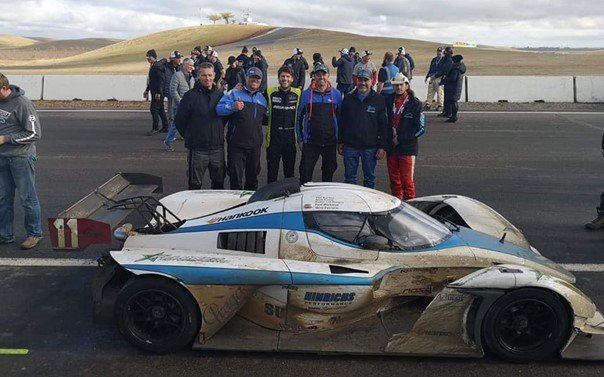 Praga Racing ANZ brings together two like-minded motorsport enthusiasts to promote the Praga brand as the exclusive distributor and service agents of the R1 in Australia and New Zealand.

Nik Manukyan, the owner and principle of Euro MotorSport (EMS), one of Australia’s leading prestige auto performance and luxury car service specialists, has provided an unparalleled level of engineering expertise to the owners of high-performance European Supercars for over 15 years. Rick Campbell, as CEO and owner of technology consulting firms with direct operations across the European, US and Asia Pacific regions, has indulged his passion as a racing car driver on some of the most challenging circuits internationally throughout Australia, the Middle East, US and Europe.

Praga Racing ANZ will take delivery of the first two R1’s in quarter three of 2021 with a view to participating in a national race series in Australia commencing in early 2022 and offering an end-to-end proposition for the purchase, servicing and support of the Praga R1 for both track days and those wishing to race the ultimate in high-performance, lightweight and aerodynamically advanced race cars at an affordable price.

Praga Racing Benelux is managed by the highly regarded Belgian-based Xwift Racing Events organisation with a well-established reputation for providing track day and racing car services in multiple classes across the region to professional racing drivers and enthusiastic Gentleman drivers.

Run by motorsport enthusiast Pieter Denys (CEO) and supported by Bart Noppe (Sales) and Daniel Ferreira (Technical), Xwift offers a full range of race and track day programmes at the likes of Spa and Zolder, with the highlight their annual programme that builds to entries in the 24 Hours of Zolder for experienced and novice drivers alike.

Praga Racing Benelux will take delivery of its first R1 in time to compete at the Zolder 24 Hour race and is working closely with the Praga factory to both ensure the R1 is spec’d and prep’d ready for the race and potentially bring a second factory car to join the race at the end of September. The plan for 2022 is to offer R1 entries into the Belcar Championship or Supercar challenge.

Praga Racing West is the first official Praga dealer in the USA and is based at Sonoma Raceway in California. Run by experienced racers and race-car owners Paul Blickman, Tim Barber and Steven Farrario, Praga Racing West has already invested into the success of the Praga R1T and built strong relations with two sanctioning bodies NASA and SCCA as well as Praga’s factory and US-based technical representative.

Praga Racing West will offer a full customer service from purchase to service, track support and transport, with their unique knowledge of Praga’s carbon-fibre racer proven in 2019 when Barber, Blickman and Farrario competed and podiumed their Praga R1T in the 2019 25 Hours of Thunderhill.

Tim Barber is a pro driver and has been racing and developing drivers and cars for 21 years. Barber has also been building cars for, and competing in, the 25 Hour for 11 years.  Steven Farrario has been racing for 16 years including the 25 Hour race since 2010. Blickman has been racing shifter Karts and cars for 17 years and began his racing career working on race cars 30 years ago with March in the US. Having raced open wheel Lola’s, Spec E30’s, ST3 Series BMW’s, Porsche Cup cars and the Praga R1T he believes the Praga is one of the best cars to be developed for racing on the market and is easier to run on a race weekend than a spec E30.

With a history dating back to 1907 Praga Cars has a rich history designing and manufacturing cars, motorcycles and aircraft. Headquartered in Prague, its latest offering – the Praga R1 – racing car secured over 30 wins and podiums across the UK, USA and Europe in 2019, and won the 2020 Britcar Endurance Championship with 7 wins from 9 races.

The Praga R1 provides the perfect motor racing platform for a serious amateur or professional driver looking to compete on a national and international stage. Its composite monocoque ensures the highest safety standard and its lightweight design allied with impressive aerodynamics and a race-bred engine delivers world-class performance. Designed with simplicity of operation in mind, it can be run with a small crew, while offering race-winning performance in an affordable package.

Alongside the R1 racing car, Praga’s IPK Division is one of the world’s leading producers of racing karts having won a World Championship in 2020. Praga Aviation is developing the Alfa multi-purpose STOL performance aircraft, and Praga has also completed a successful 2021 Dakar Rally campaign, finishing 5th in the truck category. Visit: www.pragaglobal.com