The grand finale to this year’s Salon Privé Week and the only day fully open to the general public, Salon Privé Classic & Supercar on Sunday 5 September is sure to set the pulses racing as the event doubles in size spreading across both the North & South Lawns of Blenheim Palace. For the first time in the event’s history, enthusiasts of all ages can see and hear the very latest super and hypercars in action as they take to the hill for the inaugural Salon Privé Hill Sprint. With special model anniversaries being celebrated, food concessions, bars and live entertainment, it’s a day for the whole family to enjoy.

It won’t just be static displays that people will be able to revel in. Up until the late 1990s, Blenheim Palace regularly hosted a stage of the RAC Rally, and those sights and sounds are set to return thanks to a magnificent collection of Group A, Group B and WRC machinery that will tackle a course running from the North Gates down to the Great Vanbrugh Bridge.

Salon Privé week will feature a curated display of Richard Burn’s rally cars celebrating the 20th anniversary of the late Englishman’s World Rally Championship triumph which he dramatically won in a final-round showdown. A selection of Richard’s cars will be on display at Salon Privé, depicting his rise to World Rally Champion, one of which is the unrestored Impreza that took Richard to victory on the 2000 Network Q Rally, preserved exactly as it crossed the finish line. Alongside the Impreza will be a Peugeot 206 WRC that Richard campaigned in 2002 and was also driven by two other World Champions – Marcus Grönholm and Didier Auriol. 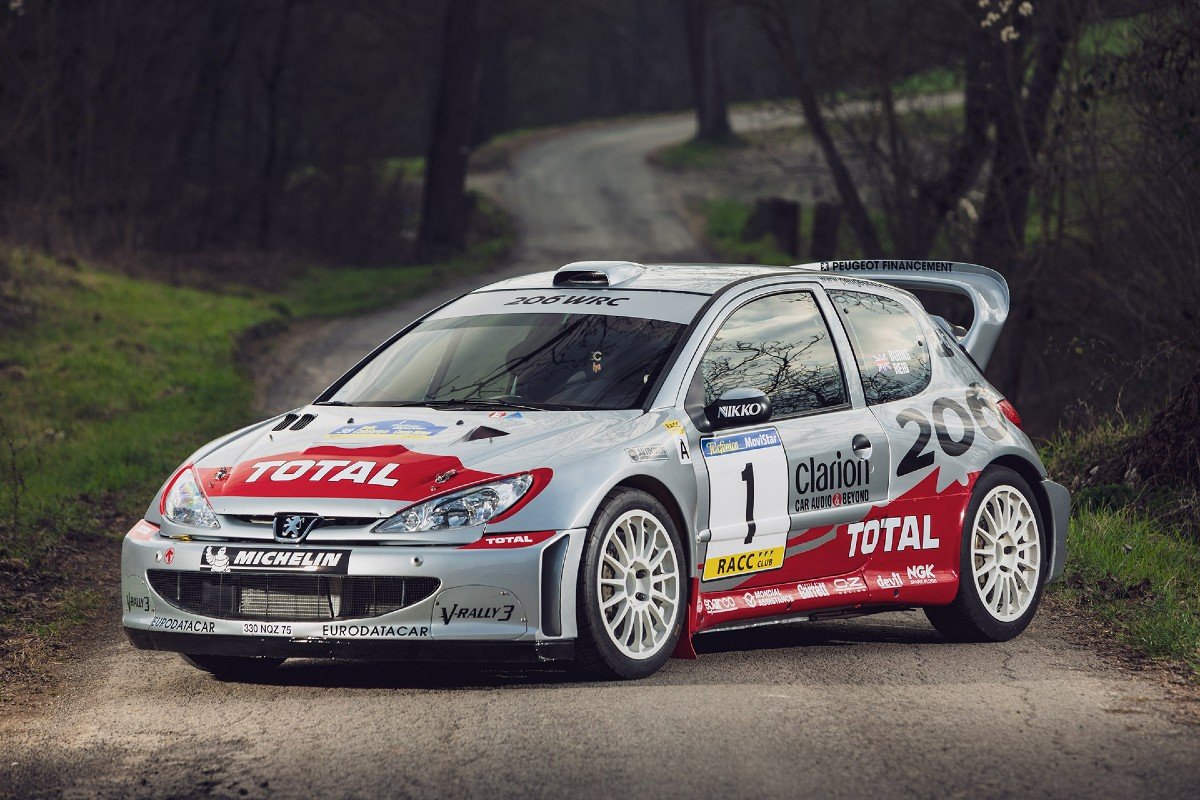 Alongside the celebration of Richard’s triumph, Salon Privé will also be acknowledging Colin McRae who won his World Rally Championship 25 years ago last year, but due to Covid any celebration was not possible and we are delighted to be displaying a selection of his cars on the Croquet Lawn at Blenheim Palace to mark the occasion.

To add to the Super & Hypercar sprint action, Sunday then sees an additional curated display entitled ‘World Rally Champions’, featuring 30 rarely seen cars driven in period by rallying greats during their illustrious careers. The line-up will include Stig Blomqvist’s Saab 99 Turbo which he won the 1979 Swedish rally, and Petter Solberg’s Subaru Impreza WRC from 2002 which is one of only 4 genuine cars used by the factory team that year. They will be joined by the 1999 Subaru Impreza in which four-time champion Juha Kankkunen won that year’s Rally Finland – his final victory at the highest level.

The awe-inspiring Group B era of the 1980s will be represented by an ex-Hannu Mikkola Audi Sport Quattro S1 which competed on the 1985 Lombard RAC Rally and a Peugeot 205 T16 that was campaigned in period by 1985 World Rally Champion Timo Salonen. There will also be a Citroën ZX Rallye Raid Evo 1 that Vatanen later used on the Paris-Dakar Rally. 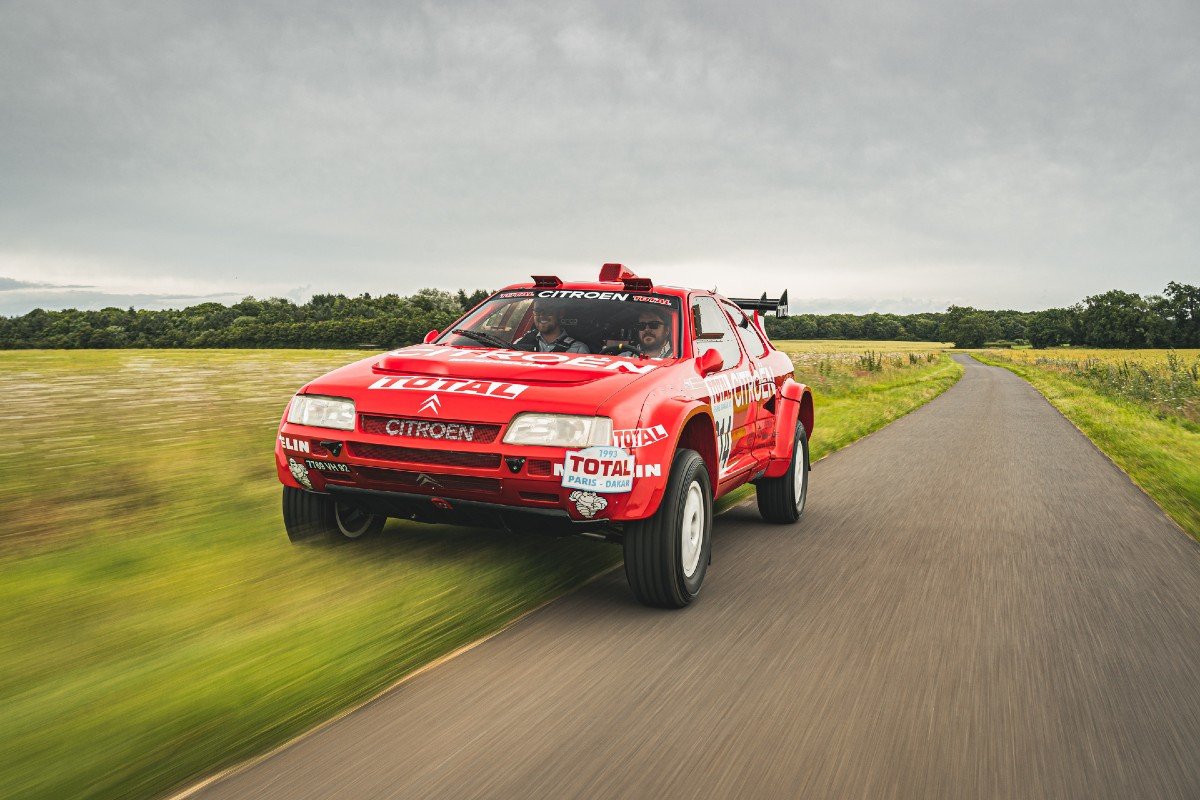 Tommi Mäkinen and Colin McRae had some memorable battles during the 1990s, and a number of their cars will be present too, from Mäkinen’s Subaru Impreza WRC the final car he drove, to Colin McRae’s Rothmans sponsored Subaru Legacy RS GpA which has not been seen in public since 1995.

Both displays will provide an eye watering selection of cars never- before assembled in the UK in one place.

There will be automotive beauty at every turn thanks to the introduction of a brand-new feature for Salon Privé Week. The Red Collection will be presented on the hallowed cricket pitch, and the exclusive curated display of a dozen cars is set to include the 1933 Alfa Romeo 8C 2300 Monza Spider that won Best of Show in the 2020 Salon Privé Concours d’Elégance. The collection will be kept under wraps until its unveiling on Wednesday 1 September – the opening day of this year’s Concours d’Elégance presented by Aviva.

Elsewhere on the South Lawn, guests can experience a spectacular collection of new cars on display as well as several debuts including the Touring Arese RH95 from Italy which makes its World Debut at the event. Luxury brands of all shapes and sizes surround the lawn and this year also sees the exciting launch of Salon Privé TIME, the luxury watch fair which presents some of the world’s leading watch brands.

‘Salon Privé Week features the same electric atmosphere throughout,’ said Director David Bagley, ‘but each day has its own distinct character. Sunday should be very special this year, thanks not only to the supercars and classics on the South Lawn, but also the iconic rally cars that will be in action on the hill. We’re very grateful to Mark Constanduros and Steve Davies of Ralli22 for curating such a spectacular group of cars, and to see rally machinery let loose at Blenheim Palace will be unforgettable.’

The traditional curtain-raiser is the Salon Privé Concours d’Elégance presented by Aviva on Wednesday 1 September. That’s followed by Salon Privé Ladies’ Day presented by Boodles on Friday, the Salon Privé Club Trophy presented by Lockton on Saturday, and Sunday’s Classic and Supercar event. Add Salon Privé TIME – which will feature the world’s leading watchmakers – and the first-class hospitality for which the event is globally renowned, and it’s shaping up to be another unmissable Salon Privé Week.