This year’s Salon Privé Concours d’Elégance presented by AXA will include some of the most revered cars from across motoring history. From revolutionary veterans and stylish post-vintage thoroughbreds to famous post-war competition cars, the line-up is set to provide a welcome challenge to the concours judges – led by ICJAG President of the Jury Ed Gilbertson – on the finely manicured lawns of Blenheim Palace.

Napier was one of the most respected manufacturers of the Edwardian era and pioneered the use of six-cylinder engines. The 1904 L49 that will be on show at Salon Privé is thought to be the oldest-surviving six-cylinder Napier in the world and has recently been the subject of a painstaking restoration in India by Classic Cars – a company owned by His Highness Rana Manvendra Singh. 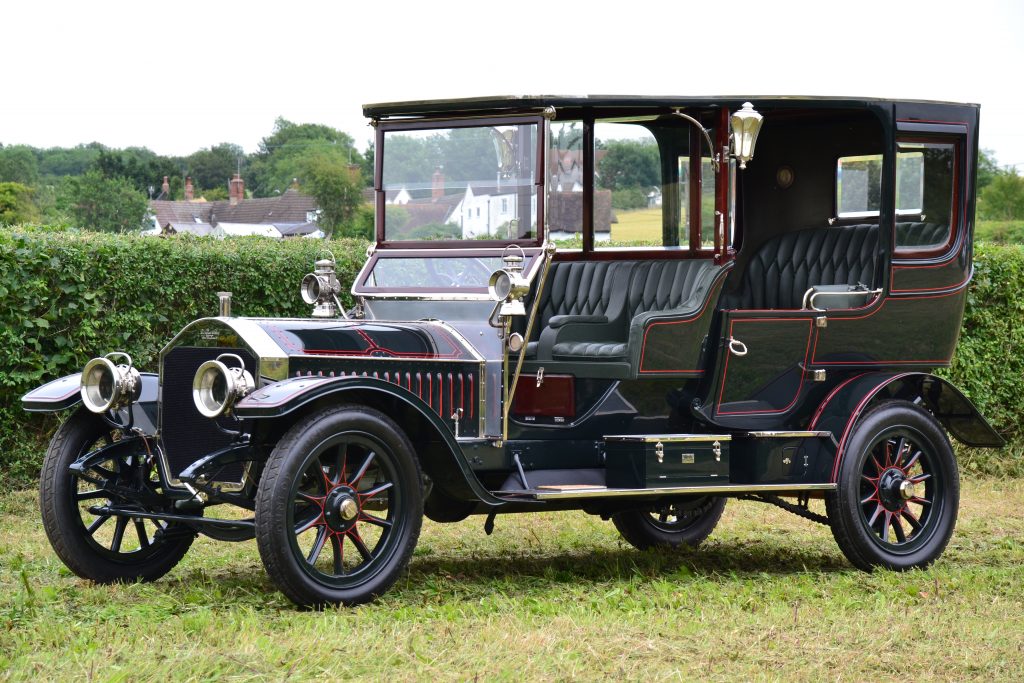 Since its completion and return to the UK, the Napier has picked up awards in international concours d’elégance and, given the marque’s history of supplying cars to royalty and the aristocracy, this historic L49 will be very much at home at Blenheim Palace.

Innovation was at the heart of Lancia’s pre-war activities, and the refined, high-performance Astura continued that ethos when it was launched in 1931. Lining up at Salon Privé will be one of only a handful of Third Series cars that were given Pinin Farina Cabriolet ‘Bocca’ coachwork. Penned by Mario Revelli di Beaumont for Lancia dealer Ernesto Bocca, the sweeping lines made it one of the most elegant cars of its era.

During the 1930s, chassis number 33-3287 was registered in the name of Francesco Navarra-Viggiani, a high-ranking military officer. Story has it that the car was to have been used by Benito Mussolini to open the E42 exhibition that was ultimately cancelled due to the Second World War. A remarkably original survivor, the Lancia remained in a private Italian collection for many years before being exported to the US, under the custodianship of the current owner.

Joining it on the show lawns will be two British post-vintage thoroughbreds. An ex-Sir Malcolm Campbell 1933 Rolls-Royce Phantom II with Barker sports saloon coachwork is set to make its final appearance in the UK before heading to India, where it will be housed in the prestigious YZP Collection & Museum. The collection’s highly respected owner, Yohan Poonawalla, will be a very welcome guest at Blenheim Palace.

The SS 100, meanwhile, helped to cement the sporting credentials for the marque that would change its name to Jaguar following the war. The 1936 2.5-litre car that will be at Salon Privé is a recently restored matching-numbers example that boasts period competition history, and was even used as the basis for the Matchbox scale model of the SS 100!

The immense sporting success that Jaguar went on to enjoy during the 1950s made it a favourite of enthusiasts across the world. The D-type delivered three of the marque’s five Le Mans wins that decade, and the very first production example – chassis number XKD509 – is a hugely welcome addition to the Salon Privé line-up. Dispatched from the factory in November 1955, XKD509 had busy competition career in the US and raced in the 1956 Sebring 12 Hours.

Whether it was single-seaters, sports racers or GT cars, the post-war sporting landscape was dominated by Ferrari, and a 212 Inter Vignale Coupé is sure to be a star attraction for visitors. Sold new to Franco Cornacchia in 1952, chassis number 0237EU was raced the following season by its second owner, Count Achille Stazzi. The Ferrari took class wins in the Coppa Inter Europa at Monza and at the prestigious Bologna-Raticosa hillclimb. In more recent years, 0237EU has been a regular fixture on the Mille Miglia and has competed at the Goodwood Revival.

It took a long time for someone to end Ferrari’s domination of sports car racing, and in the end it was Ford that did it with the iconic GT40. Driven by the likes of Bruce McLaren, Chris Amon, Pedro Rodriguez and Jacky Ickx, the GT40 won the Le Mans 24 Hours four years in a row from 1966 until 1969. 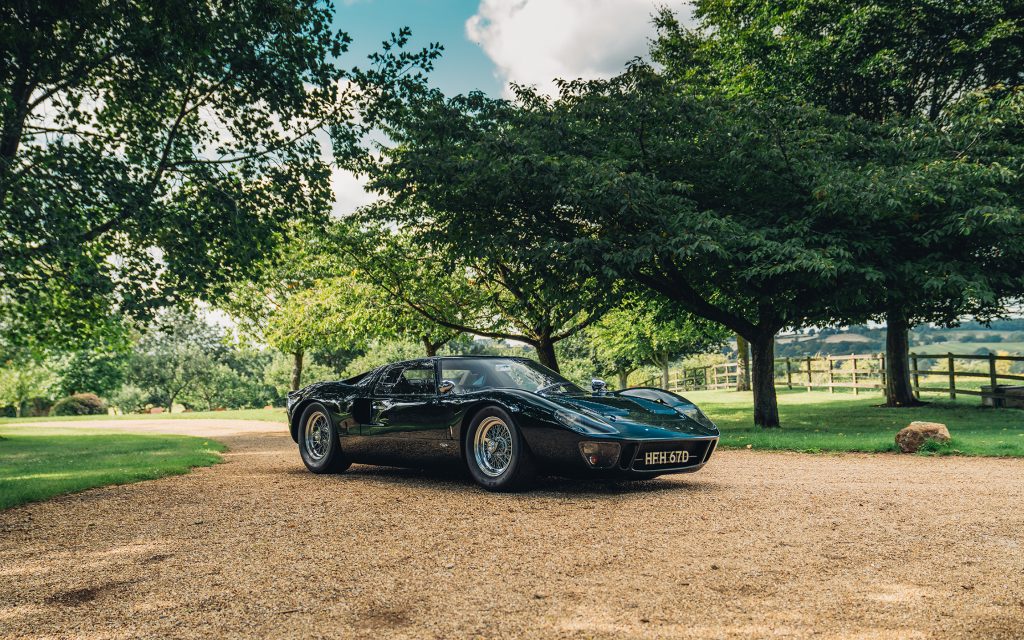 Beginning in 1965, Ford authorised the conversion of a limited number of MkI GT40s into road cars. Not to be confused with the later MkIII, these were very much based on the racers. They retained the race-prepared ‘Hi-Po’ 289 cubic-inch V8 but gained a few cursory creature comforts.

Only 31 were made – chassis number 1034 was the fourth of those but the first to be delivered to a private owner, the previous three having been retained by Ford for promotional duties. In early 1966, it was handed over to that first custodian – James Fielding – by none other than Jackie Stewart. Unique touches included the fitment of grilles over the radiator air-exit ducts on the nose, and 1034 has been described by GT40 authority Ronnie Spain as ‘one of the most original GT40s out there’.

Among many cars making their UK debuts at Salon Privé is one of only three surviving Henri Chapron-bodied Citroën Le Paris. The Gallic beauty was displayed at the 1960 Geneva Salon and is now owned by respected collector Peter Mullin. Fresh out of restoration, this stunning design is unique in that it was the only Le Paris to use the ID platform rather than the DS.

Salon Privé Chairman Andrew Bagley said: “Every year, we welcome the world’s greatest cars to Blenheim Palace, and 2020 is going to be no different. Not only will the finest marques in automotive history be represented in the Concours d’Elégance, we will be showcasing rare – and in some cases unique – cars that have never been seen before on these shores. Our chosen specialists and marque experts will really have their work cut out with the judging process.”

With no fewer than 21 new automotive models also being unveiled (of which four are global premieres), unrivalled hospitality, and the chance to indulge in some retail therapy courtesy of luxury brands offering everything from Boodles jewellery to fine fragrance, travel, aviation and interior design, this year’s Salon Privé Week promises to be the best yet!