When Enzo Ferrari began producing exciting and stylish sports cars under his own name and famous ‘prancing horse’ logo in the late 1940s, he immediately identified the United States as a key potential and profitable market, creating some models specifically for his new affluent American clients.

Four exceptional examples of these rare, beautiful, collectable and highly-prized American-inspired Ferraris will grace the grounds of Blenheim Palace with a dedicated ‘Ferrari Americas’ class in this year’s Salon Privé Concours d’Elégance by Chubb Insurance.

To help whet the appetite of all automotive enthusiasts and ‘Tifosi’ ahead of their display at Salon Privé, the quartet of American-influenced Ferraris will consist of a pair of early 1950s 342 Americas, plus a mid-1960s Ferrari 500 Superfast and 365 California Spider.

At the time of production, the 342 America was Ferrari’s top-end grand touring model, and the forerunner to the 375 America series, the ultra-luxurious and powerful GTs for Ferrari’s wealthiest and most prestigious customers.

Only six 342 Americas were built, Salon Privé gathering two together; one being the first of only three cabriolets made – and the only one bodied by Carrozzeria Vignale – with the second example being the 1953 Geneva Motor Show car, which was built to be used as a rally car (being entered into the Rallye Soleil-Cannes) with a high performance engine, an extra-large fuel tank, and even a rally timer!

Fast forward to the mid-1960s and examples of Ferrari’s rare and luxurious 500 Superfast flagship coupé being presented at Salon Privé were bought by the elite ‘Jet Set’ and celebrities, contemporary owners of the Superfast included Peter Sellers, The Aga Khan, Gunter Sachs and the Shah of Persia. The 500 Superfast at Salon Privé will be the very last of just 36 examples built, and one of only two ‘Series 2’ RHD cars made.

Finishing off the extraordinary quartet of ‘Ferrari Americas’ appearing at Salon Privé will be a 1967 365 California Spider delivered new to Luigi Chinetti Motors in the USA; this car being one of an elite group of only 14 examples produced between 1966 and 1967. As a total package, the 365 California was designed to appeal to Ferrari’s premium customers who demanded a more exclusive and striking style of grand touring coachwork.

These four Ferraris will join other classic examples of Maranello’s finest models, as well as the rarest models from 18 other marques, all participating in the 2019 Salon Privé Concours d’Elégance by Chubb Insurance at Blenheim Palace on Thursday 5th September. 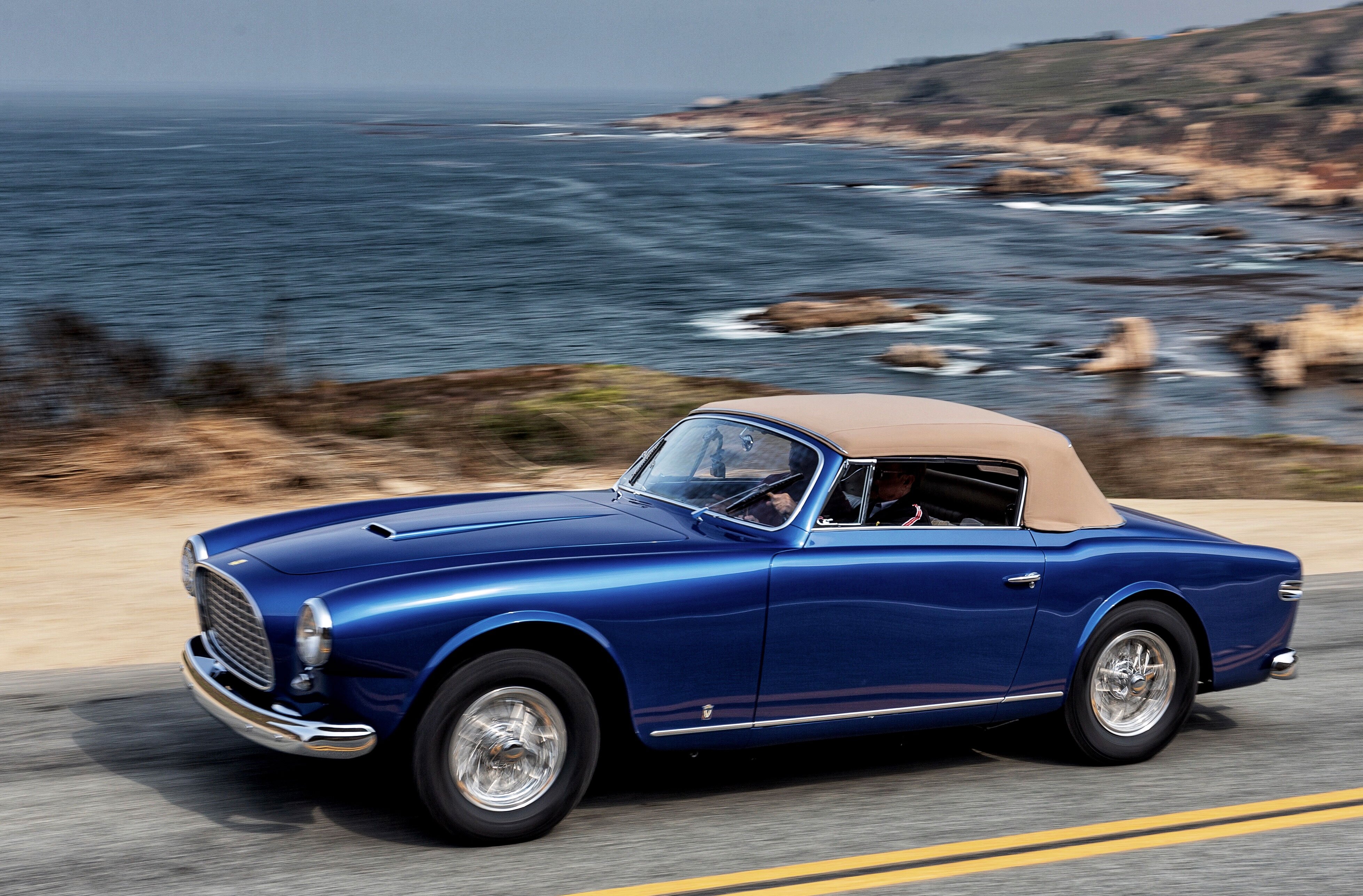