We are delighted to announce we are dedicating the finale day of Salon Privé, Saturday 2nd September, to Ferrari’s 70th anniversary celebrations.

With a spectacular timeline display of some of the rarest machines the Maranello marque has ever made, the day is set to turn heads with early entries including the oldest-surviving UK-based Ferrari, a 1949 166 inter, through to the modern-day Ferrari LaFerrari Aperta.

The 1949 Ferrari Tipo 166 Inter Coupe Touring has competed and finished no less than four Mille Miglias in its lifetime. This particular example, the eighth car ever made by the marque, is the fourth Tipo 166 Inter with a Touring body of a total of 11 produced.

With such an early example of the Maranello marque on display, it seems fitting that the Ferrari 166 Inter Coupe Touring will be joined by a very rare UK-supplied 2017 Ferrari LaFerrari Aperta, ‘book-ending’ 70 years of incredible machines from the world’s most iconic sports car maker. 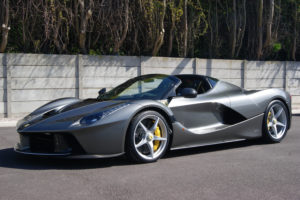 Considering Enzo Ferrari gave me my first professional drive, Formula 1 race, and first Le Mans, I’m obviously very excited to celebrate 70 Years of Ferrari with the Salon Privé team, I’ve been judging cars at Salon Privé for ten years now and the move to the new home of Blenheim Palace is without doubt one of the most significant enhancements in its time. However, the new Concours Masters represents another milestone turning-point for Salon Privé and I’m very excited to be heading up the judging team.

Under the heading of ‘Concours Masters’, we will introduce a celebration theme each year, be it an anniversary of a marque or coachbuilder, or a focus on countries of automotive excellence such as Italy, UK and Germany.

Alongside the stunning display of Ferraris, we will present the ultimate collection of modern and classic super & hypercars from around the world with stunning UK debuts and the latest models from the likes of Alpine, Aston Martin, Koenigsegg, Lamborghini, Maserati, Porsche, Rolls-Royce, Tesla, W Motors and Zenvo, to admire and test drive. 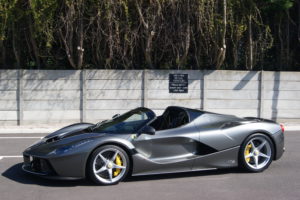 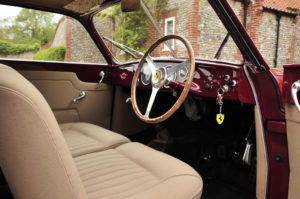 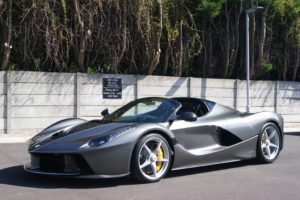 For those of you who have a very special Ferrari sitting in their collection enter your car here. For any queries please contact sarahb@salonpriveconcours.com.

Tickets are on sale and are available here.