This year’s Salon Privé Concours d’Elégance presented by AXA attracted a record 93 entries, encompassing more than a century of automotive history via some of the most beautiful and coveted cars from around the world. Everything from a 1904 Napier to a 2020 McLaren Senna GTR LM was represented in the magnificent grounds of Blenheim Palace on Wednesday 23 September, with the 17 classes comprising a total of 77 cars and 16 motorbikes. 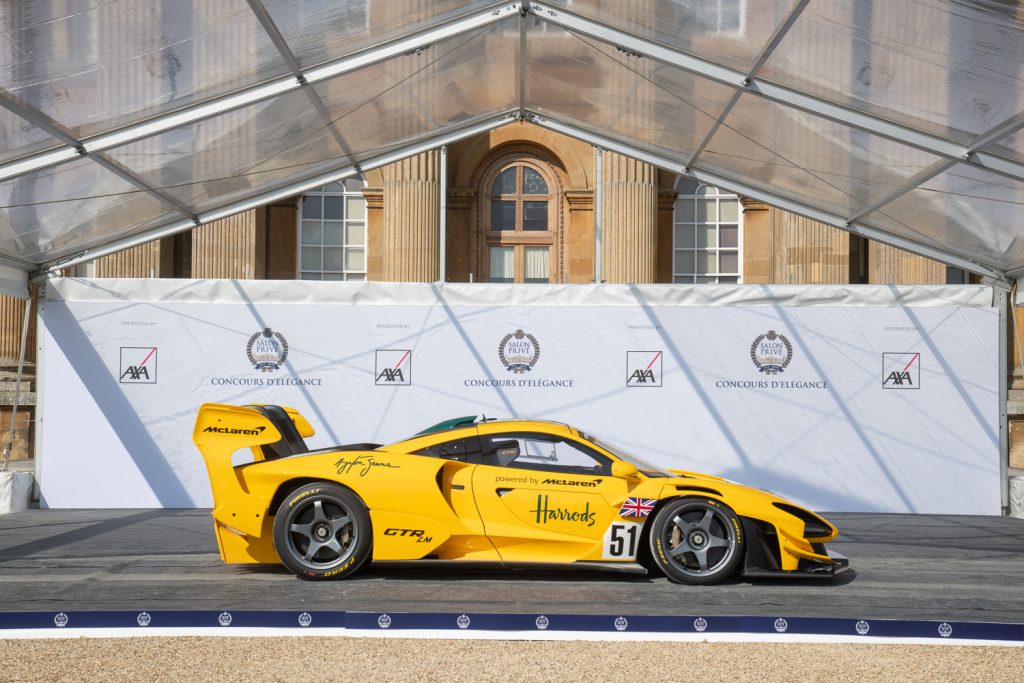 Recognised as the most prestigious such event in the UK, Salon Privé is a partner concours of The Peninsula Classic Best of the Best Award. The jury was led by Ed Gilbertson and Italian historian Adolfo Orsi, made up of some of the world’s most experienced and knowledgeable ICJAG judges. Among those who painstakingly scrutinised the cars were Raoul San Giorgi – technical curator of the respected Louwman Museum and Tony Willis – Ferrari expert and owner of the Maranello Concessionaires archive. They were joined by Marcus Willis of Girardo & Co and Audi stalwart David Ingram among others.

A sublime selection of machinery made up the pre-war classes, and the Veterans At The Palace group was topped by a 1919 Rolls-Royce Silver Ghost. Built in the marque’s Springfield, Massachusetts factory, the car played a starring role in the 1974 film adaptation of The Great Gatsby, which starred Robert Redford and Mia Farrow.

A matching-numbers 1936 SS Jaguar 100 that boasts period competition history and was used as the basis for a Matchbox scale model topped the Pre-War Touring class, while 110 years of Alfa Romeo history was celebrated with a dedicated category that was won by an ex-Scuderia Ferrari 8C Monza Zagato. Legendary Italian ace Tazio Nuvolari took chassis 2111044 to victory in the 1932 Coppa Principe di Piemonte, and also competed in the prestigious Klausenrennen hillclimb that year. 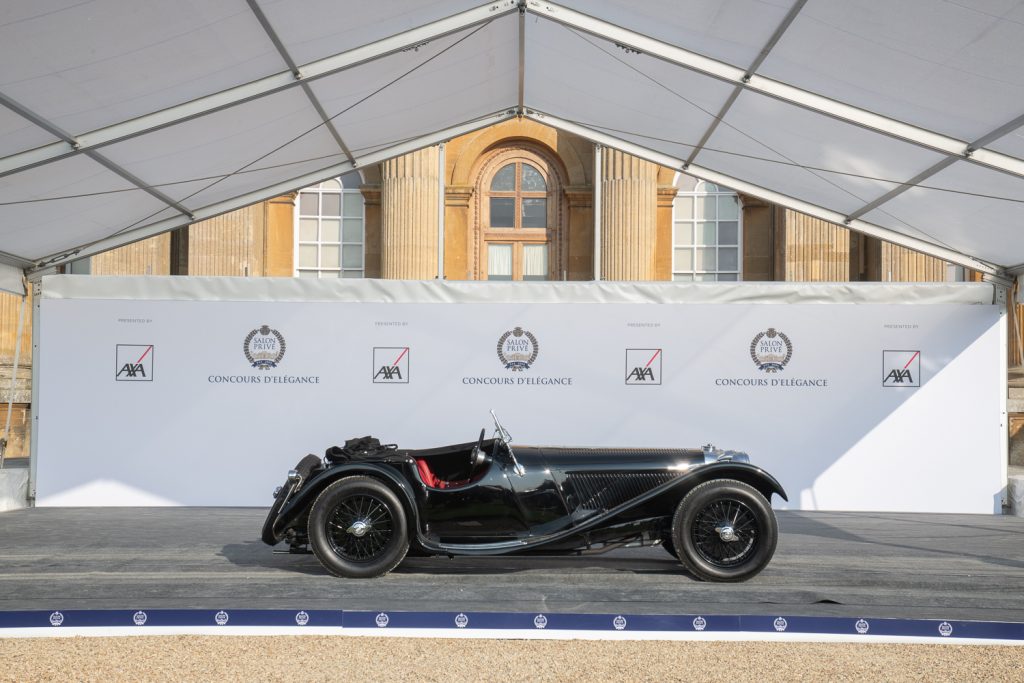 And that wasn’t the only Alfa Romeo to be recognised by the judges. The Milestones of Endurance Racing class was new for this year, and the 12-cylinder category was won by an ex-works Tipo 33 TT12. Chassis 008 started its racing career at the 1974 Monza 1000km and took a glorious victory on home turf in the hands of Arturo Merzario and Mario Andretti. It then successfully raced on into 1975 with the likes of Brian Redman, Jacky Ickx and Vittorio Brambilla. 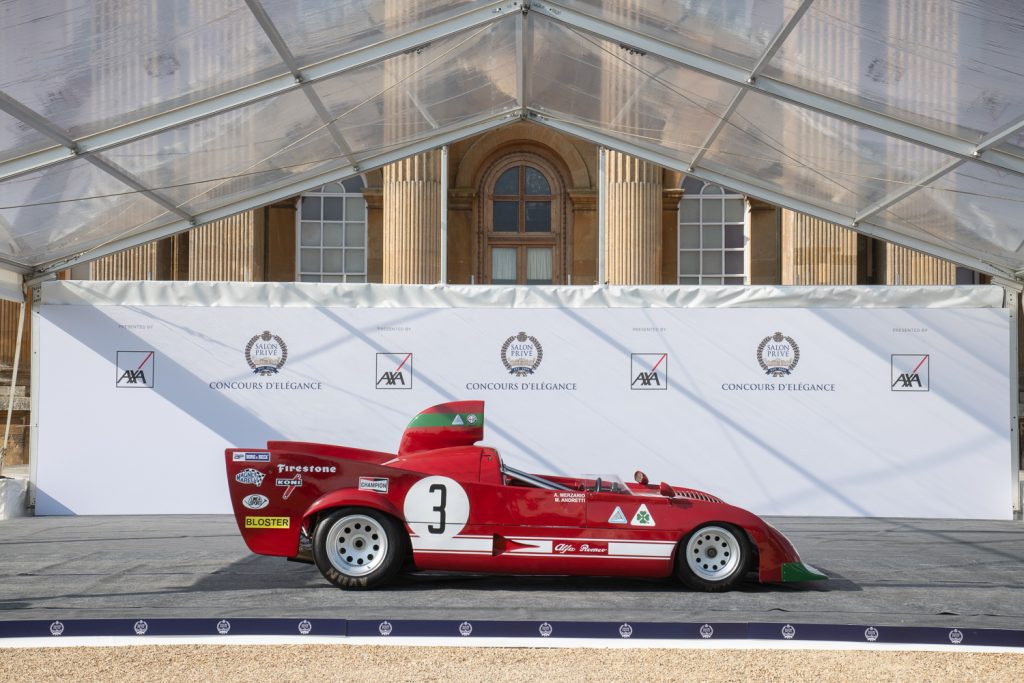 The other Milestones of Endurance Racing class was won by a 1988 Porsche 962 – the model that helped to define the fabulous Group C era of sportscar racing and which was the privateer’s weapon of choice during the second half of the 1980s. 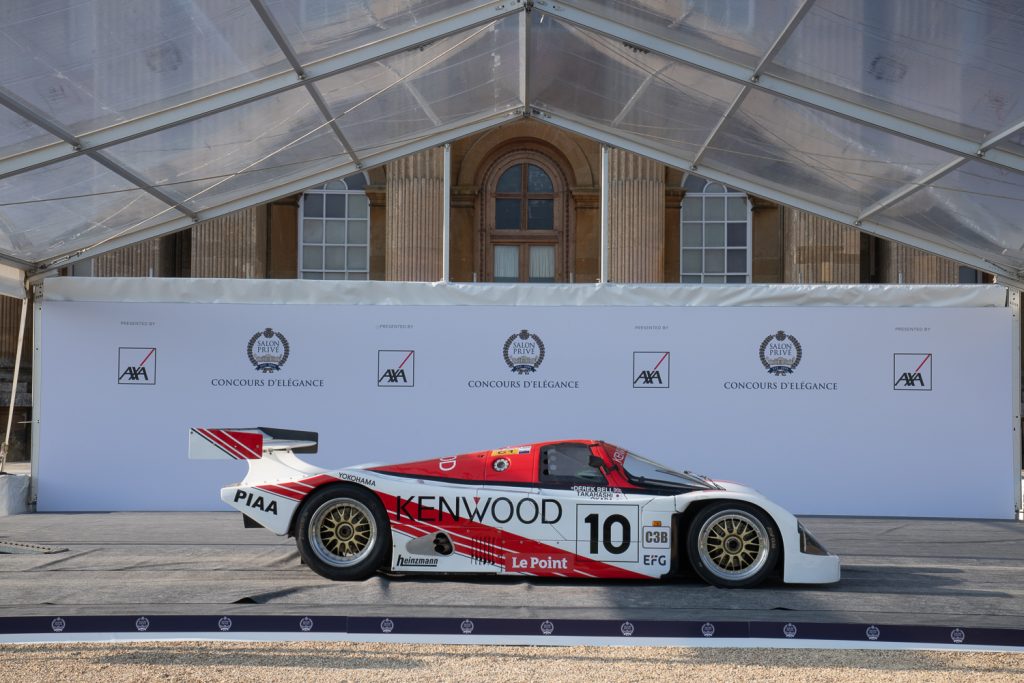 Ferraris always play a starring role in the world’s most prestigious concours d’elégance, and Salon Privé was no exception. One of the most significant cars in the marque’s illustrious history topped the Post-War Sports Racers class – the 166MM that in 1949 won both the Mille Miglia in the hands of Clemente Biondetti and Ettore Salani, and the Le Mans 24 Hours courtesy of Luigi Chinetti and Lord Selsdon. Chassis 0008M remains the only car to have won both of those famous events in the same year. 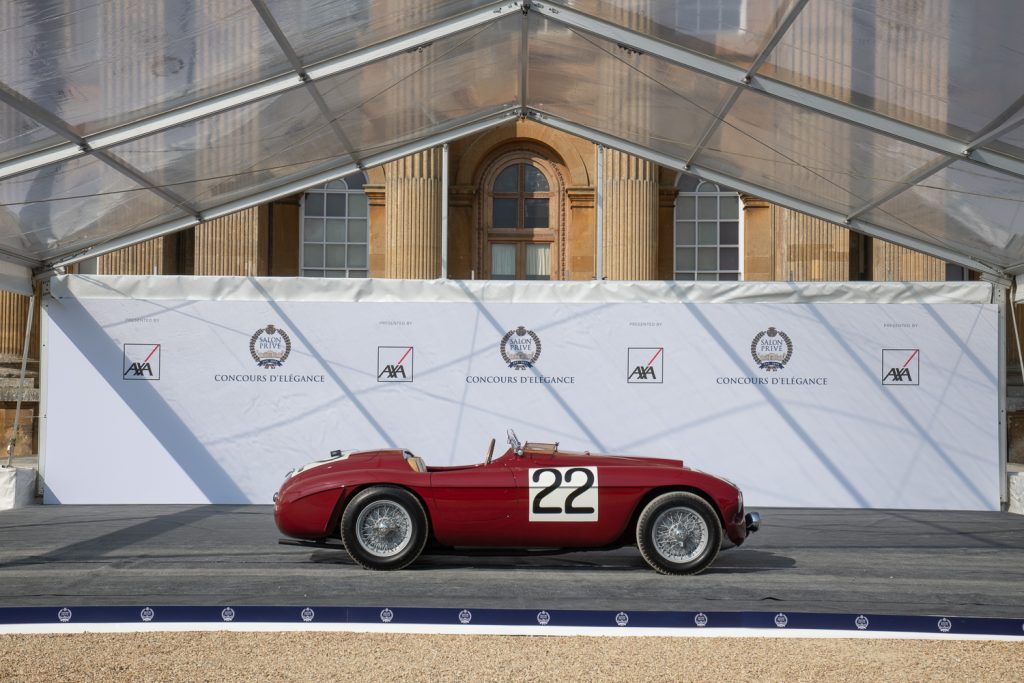 An exceptional Dino 246 GTS that was making its first appearance following the completion of a three-year restoration deservedly took the Post-War Touring (Open) class, while one of only 22 right-hand-drive 250 GT Lussos won the Passione Ferrari class. The success of the Maranello marque was capped by the 1991 Ferrari F40 that took the honours in the Classics of the Future (Pre-2000) category. The Post-2000 class was won by a 2006 Pagani Zonda Roadster F. 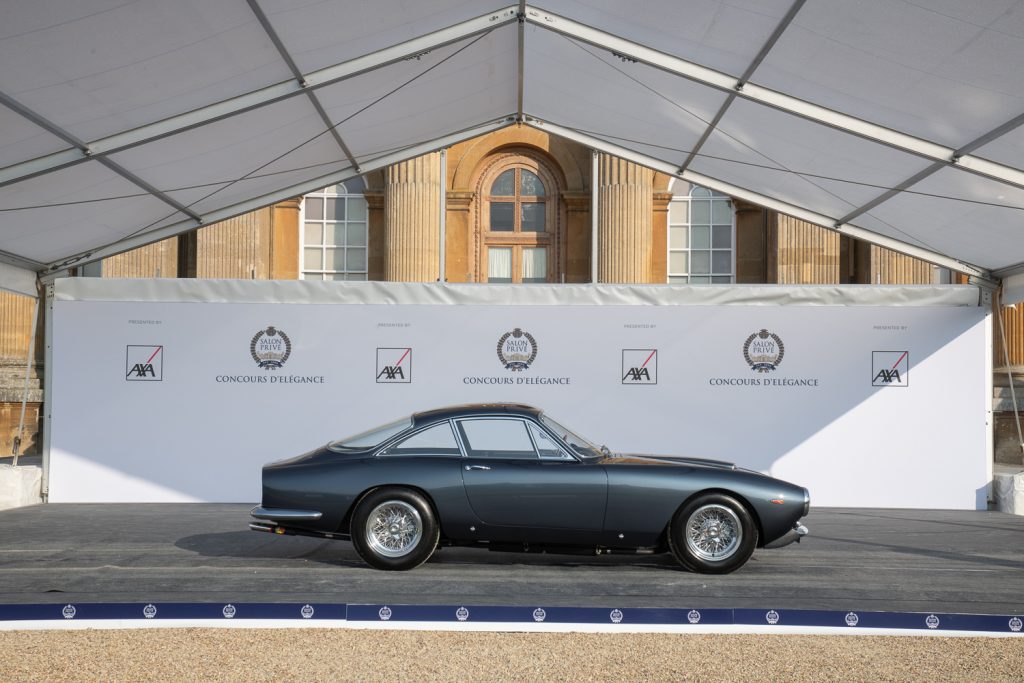 One of only three surviving Henri Chapron-bodied Citroën Le Paris won the Post-War Touring (Closed, four-seater) class. The Gallic beauty – which was presented at Blenheim Palace fresh out of restoration – was displayed at the 1960 Geneva Salon and is unique in that it was the only Le Paris to use the ID platform rather than the DS. The Post-War Touring (Closed, two-seater) class was won by an Aston Martin DB4 Series II that was bought new by Sir Robertson Huntly Stewart, who used it to tour Europe for six months before taking it home to his native New Zealand. 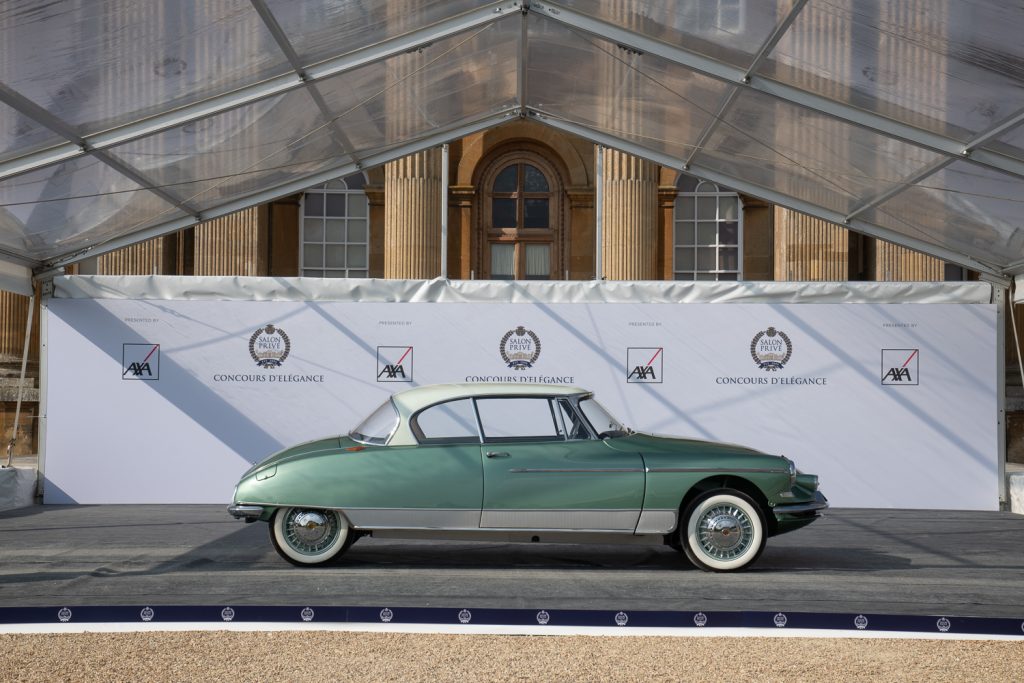 Salon Privé Chairman Andrew Bagley said: “Every year, we welcome the world’s greatest cars to Blenheim Palace, and 2020 was no exception. The finest marques in automotive history were represented in the Concours d’Elégance – our chosen specialists and marque experts really had their work cut out with the judging process, and the winners represent the very best of the international classic-car scene.” 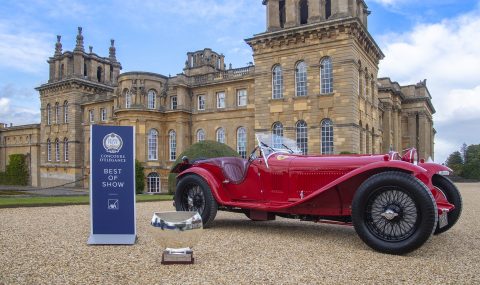 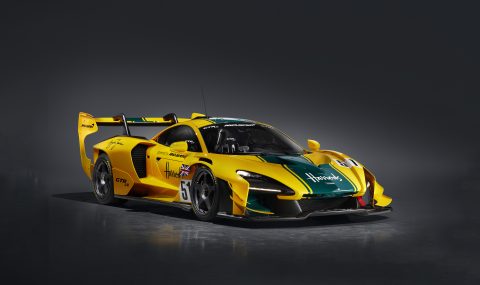