The first post-war Continuation Series model, a 3.0-litre Graber Super Coupé from The Alvis Car Company, has been finished. After a two-year build, which was delayed by the pandemic, the completion of the brand-new Graber, destined for Japan, represents a major milestone for the company, which is set to ship at least five cars to customers there via Meiji Sangyo, Alvis’ Japanese distributor.

The Graber Super Coupé is one of six models offered in the expanded Alvis’ Continuation Series with both pre and post-war derivatives. Each model is built to a bespoke specification with options such as air conditioning and all comply with regulations to be driven on the road. All six have been developed from original drawings and feature an in-house designed and manufactured six-in-line 3-litre or 4.3-litre engine. This car draws on the new old stocks of chassis and engine blocks, carefully stored by Alvis since the Coventry factory closed in 1967. That’s when all the factory parts and racking were moved to Kenilworth where this Graber Super Coupé was assembled.

Thanks to the addition of fuel injection, a higher compression ratio (9.5:1) and modern digital machining processes resulting in tighter tolerances, the engine produces 172bhp, up 42bhp from the 1960s’ version. Torque also rises to 209 ft / lbs @ 3750 rpm and it can achieve a 0-60 time of 8.9 seconds. 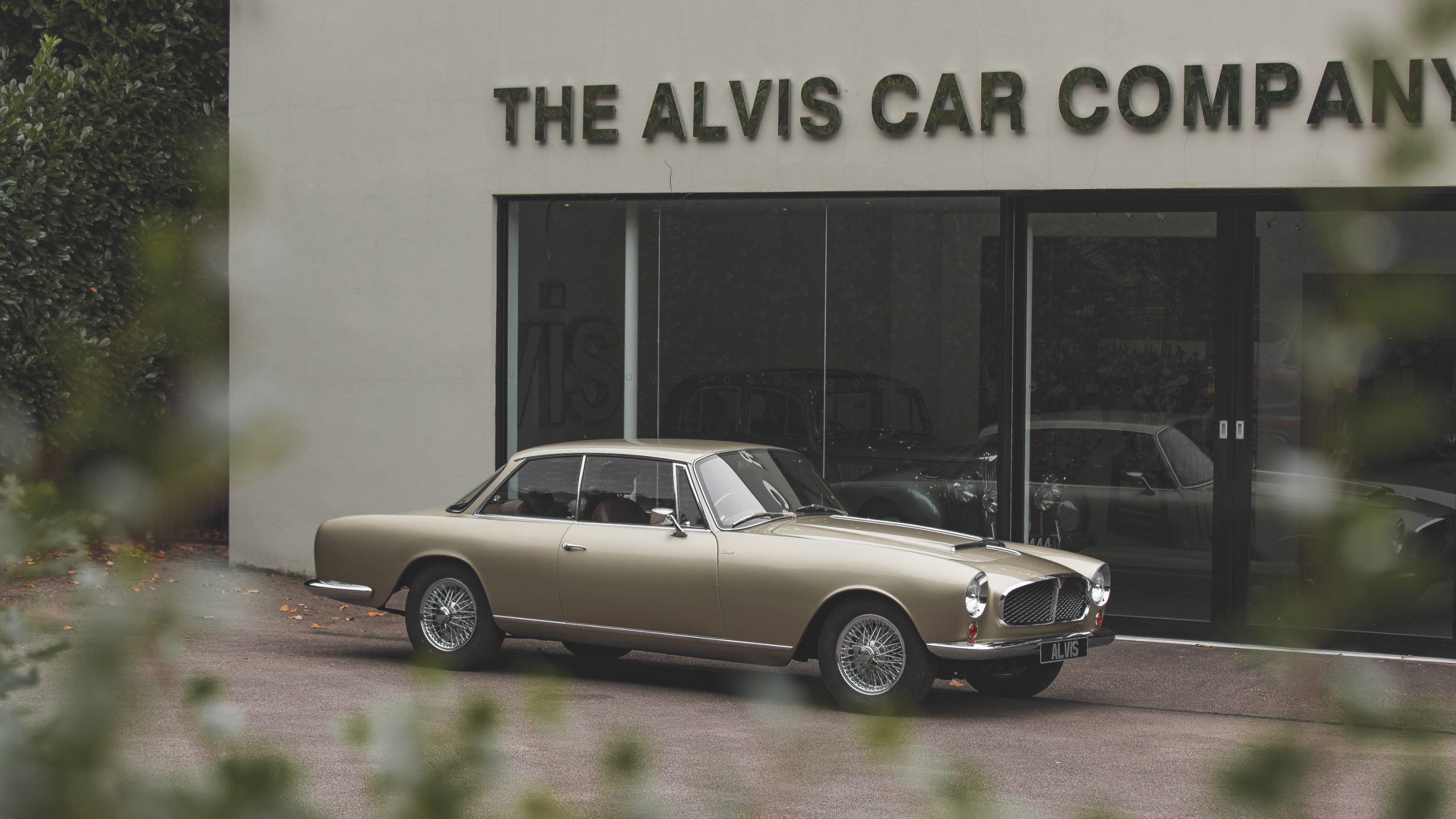 “Seeing the Graber Super Coupé leave the works at Kenilworth for the first time was a huge moment for all of us at The Alvis Car Company,” says managing director Alan Stote. “So much hard work has gone into producing it by our staff over the past two years, that it’s almost sad to see it leave.

“The all-aluminium bodywork looks stunning up close, the engine runs faultlessly and the handcrafted interior is both comfortable and stylish. As a complete package, this Graber serves as a reminder that our manufacturing processes, which haven’t changed at Alvis since the early 20th century, still produce a product of the highest quality. And unlike so many continuation cars, we have ensured this can be enjoyed on the road.”

With the Graber Super Coupé now road-tested and ready for shipment, focus shifts to the build of the first Continuation Series Graber Cabriolet, which is also set to be exported to the Far East in 2022 and in parallel, the first Lancefield pre-war 4.3 chassis car.