The Decadent 1933 Isotta Fraschini Tipo 8A 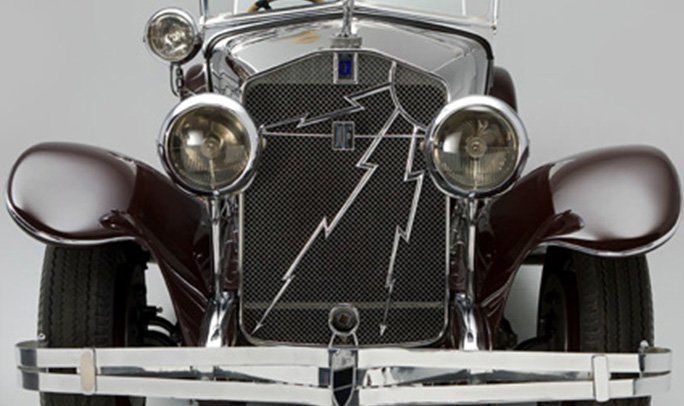 This car’s unique history is a perfect example of the global appeal and vaunted reputation of the Isotta Fraschini Tipo 8A.

The vehicle’s chassis, completed in Milan in 1931 remained incomplete until 1933, the final year of production for Isotta Fraschini automobiles. The car was bodied by Castagna – famed for their detailed craftsmanship. The resulting work is of the highest quality, a technical and artistic masterpiece.

Castagna had many influences, namely; fine furniture, architecture and industrial design, influences which can be seen in their coachwork. Ercole Castagna secured licenses to use a Hibbard & Darrin designed hood, Baehr all-weather bodies, as well as French Grebel headlights. An artistic approach and one which paid off – the resulting work is simply phenomenal.

Clearly a Castagna product, the unique two-door, dual cowl sports tourer body successfully combined decadent and sporting themes in a body of the highest quality – as only Castagna could!

Testament to the vehicle’s technical and artistic prowess, the car was presented at the Paris Auto Salon in 1933. A venue synonymous with the world’s most spectacular and stylish new automobiles. From there it was shipped to the world-renowned Isotta Fraschini showroom in New York for collection by American celebrity Joe Penner, a popular, eccentric radio comedian, best known for this slapstick antics and catchphrase “Wanna buy a duck?”.

Interestingly, this car had quite a significant film career, taking a starring role in the 1946 film Without Reservations starring John Wayne and Collette Colbert. The car later appeared in the films Invisible Agent, Mr Imperium, Follow the Sun: The Ben Hogan Story and most famously – Giant. This only adds to its provenance. Superlatives alone do not do this car justice.

Further details on this car can be found here