Vanwall Group, the successor to the legendary British Vanwall motor racing team of the 1950s, has announced the renaissance of the historic name with plans to build six new continuation cars to celebrate Vanwall’s six Formula One wins in 1958. Vanwall had already become the first British-built car to win the British Grand Prix with a British driver, with Sir Stirling Moss and Tony Brooks sharing the honours in 1957. The six victories in 1958 gave Vanwall its eternal position as the first winner of the Formula One World Constructors Trophy, and to this day, Vanwall remains the first of only two Formula One teams ever to have recorded a maximum points score in a championship season. The 19th October 1958 was the day Vanwall clinched the memorable championship win in Morocco. 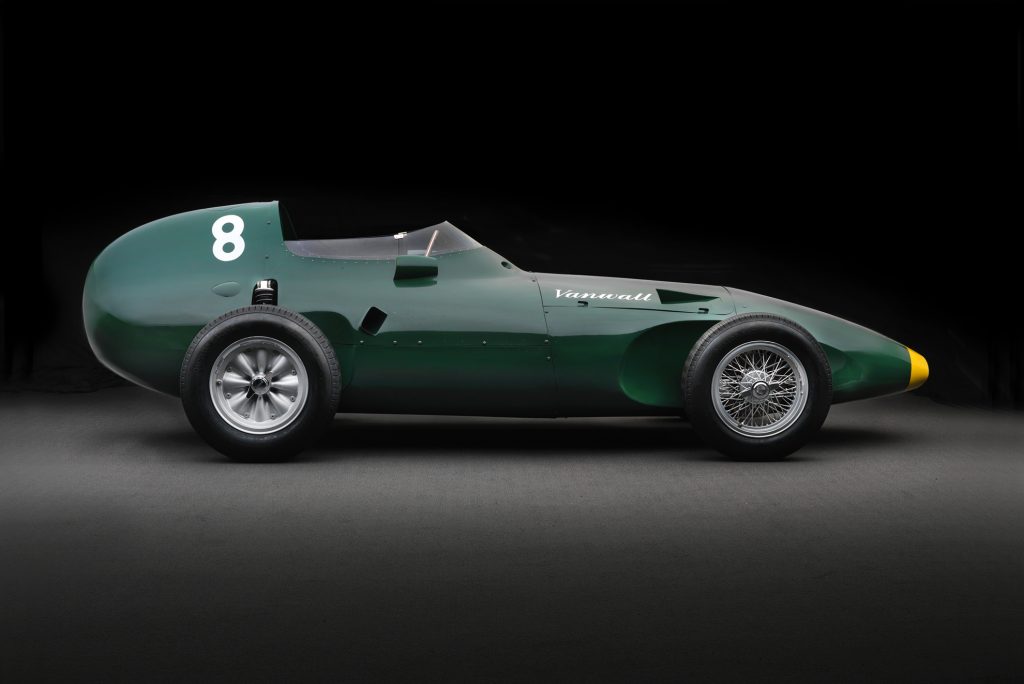 Only five of the continuation cars will be offered for private sale, with the sixth car forming the core of a Vanwall Historic Racing Team. Each vehicle will be painstakingly built over thousands of hours by historic racing and vehicle restoration experts, Hall and Hall in Lincolnshire, England. The faithful continuation cars will feature the powerful 270bhp 2,489cc Vanwall engine, all meticulously engineered using original drawings and blueprints from the 1950s. Each hand-built continuation car will be sold for £1.65 million ex VAT. 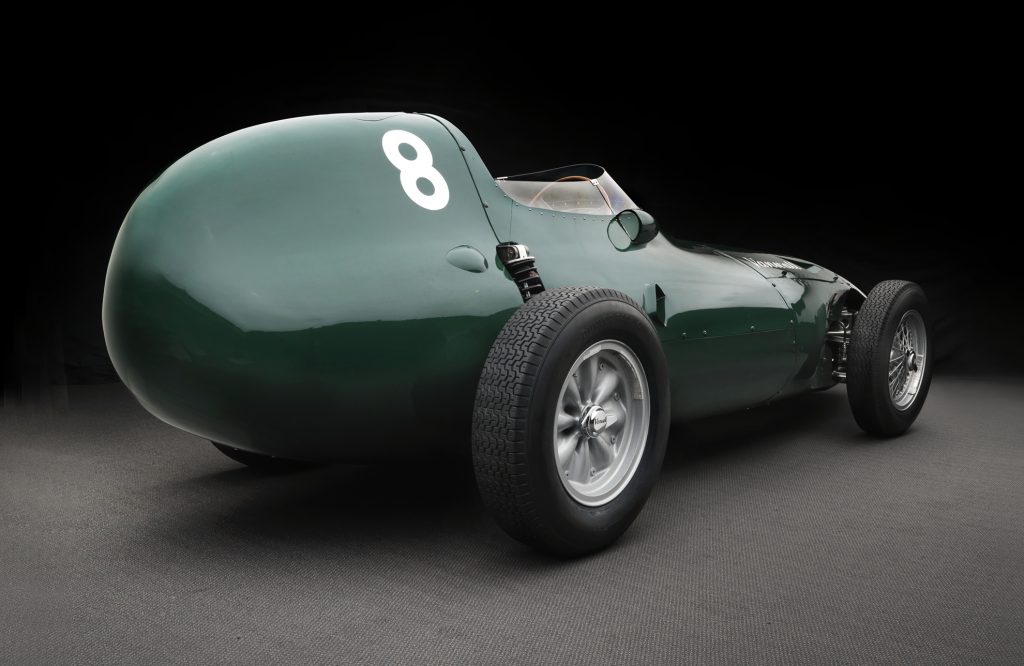 n its day, Vanwall was a byword in the paddock for innovative engineering, with the Colin Chapman-designed chassis complementing the aerodynamics by Frank Costin. They pioneered, for example, the use of disc brakes rather than drum brakes in Formula One  thus giving a small competitive advantage over the Ferraris. Roll the clock forwards 62 years, Vanwall Group has already commenced investigations to understand how the historic Vanwall brand DNA could translate into a vehicle for the 2020s, with studies ongoing into future road and race car programmes. 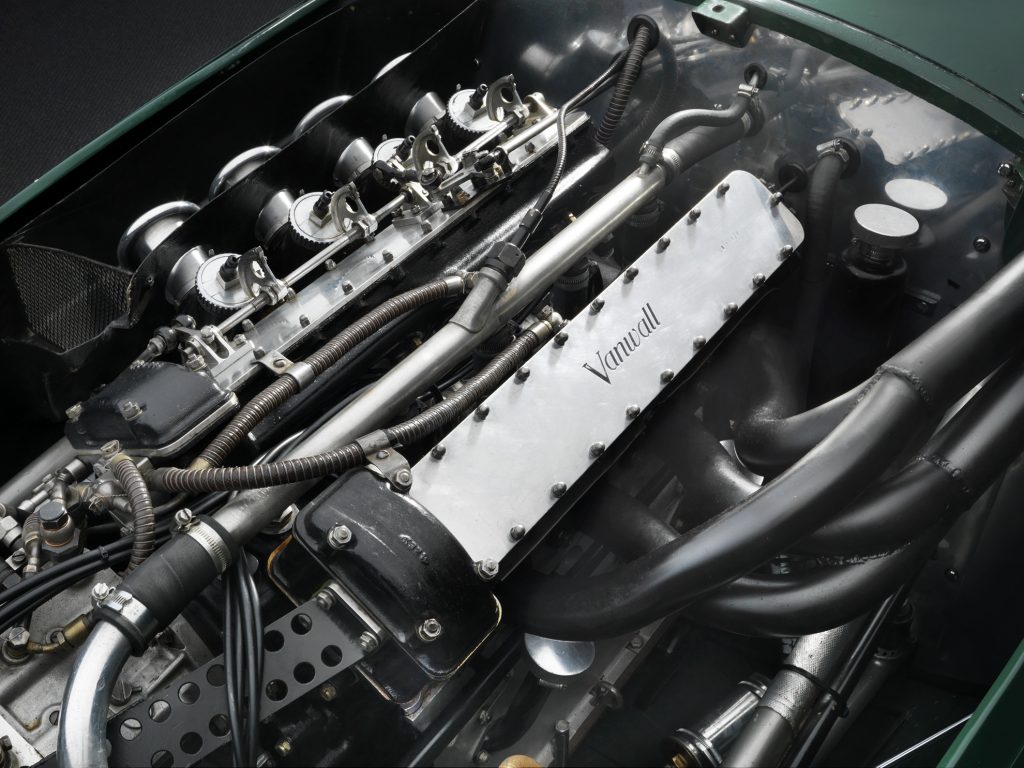 Announcing the continuation cars, Managing Director of Vanwall Group, Iain Sanderson, said; “The Vanwall name is too important to consign to history. The Vanwall story is untold to many, but it is a great British tale of innovation and achievement and shows what happens when the right team come together and push themselves fearlessly to reach a clearly defined goal. On this anniversary, we think the time is right to celebrate this great British story of success. Faithfully recreating the iconic 1958 championship winning car with six 100% accurate and authentic continuation cars is a fitting tribute to their historic success. The DNA that made those cars so successful also serves as an inspiring foundation for the future of the Vanwall marque, which I look forward to sharing in due course.” 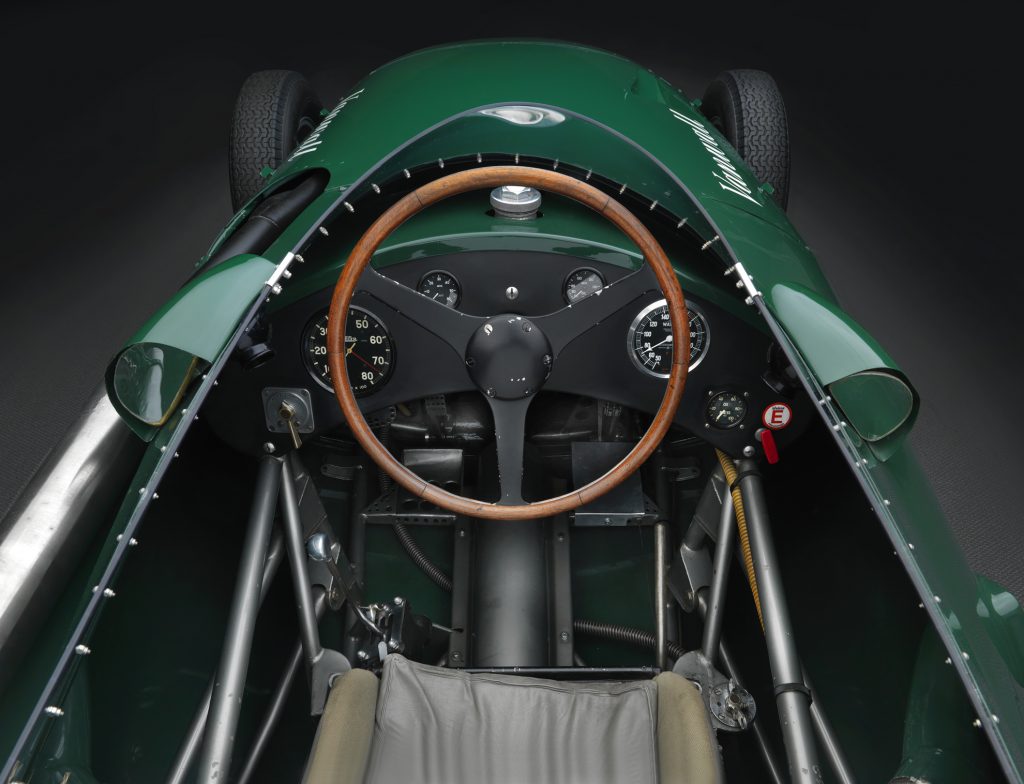 Sanderson is a former world champion offshore powerboat racer, as well as being an early pioneer in electric vehicles when he commissioned the Lightning GT electric supercar in 2008.

Andrew Garner, Chairman of Vanwall Group and a former Chairman of the Historic Grand Prix Cars Association, concluded, “I can still remember watching the Vanwalls at Aintree in ’57 when I was a boy and had the pleasure of sitting in one at Goodwood. I drove at all the major circuits in a Cooper T51 for many wonderful years but the Vanwall is the car I coveted. These cars will be fully race eligible and in the right hands will be unbeatable, repeating Tony Vandervell’s mission to beat the red cars!”

Further information can be found at www.vanwallgroup.com