Bentley has created a unique, Limited Edition model that pays homage to the legendary No. 1 Bentley Blower of 1929. The Continental GT Convertible Number 1 Edition by Mulliner is a modern interpretation of a truly iconic racing car, and features 18 carat gold plated fender badging and a remarkable piece of history, cast from a piston from the original No.1, set within the innovative Bentley Rotating Display.

Based on the Bentley Continental GT Convertible, the world’s definitive open-top Grand Tourer, the Number 1 Edition is restricted to just 100 bespoke examples. Handcrafted in England during Bentley’s centenary year, the exhilarating open-top model contains exquisite design elements that celebrate some of the pioneering individuals from the marque’s first 100 years.

The Number 1 Edition showcases a range of bespoke features that encapsulate the spirit of a golden era of motorsport. Available in either Dragon Red II or Beluga, and with a Claret or Beluga folding hood, the Limited Edition is equipped with a Centenary Pack, Bentley Black Line Specification and Carbon Body Kit, rounded off by the painted Number 1 front grille. 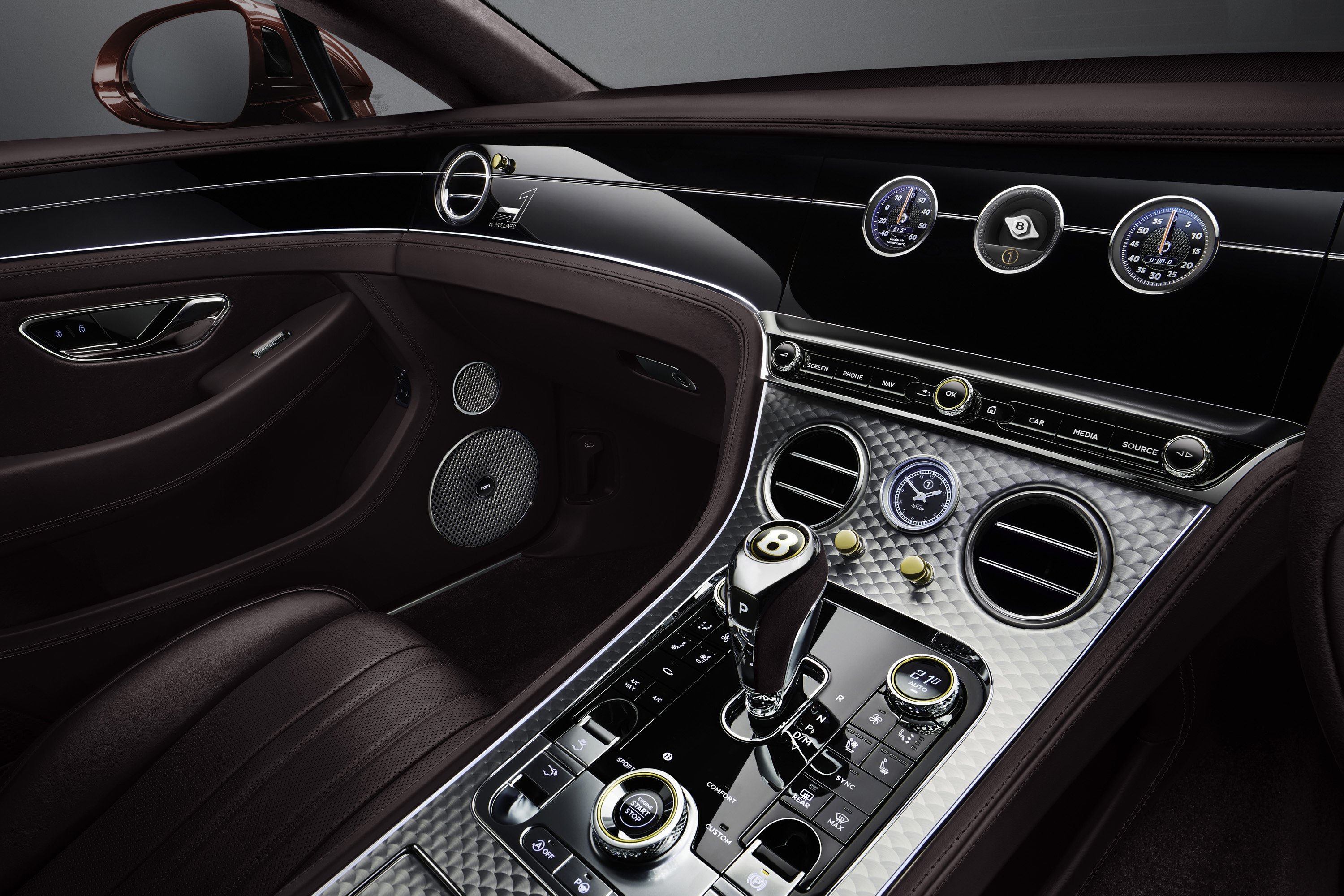 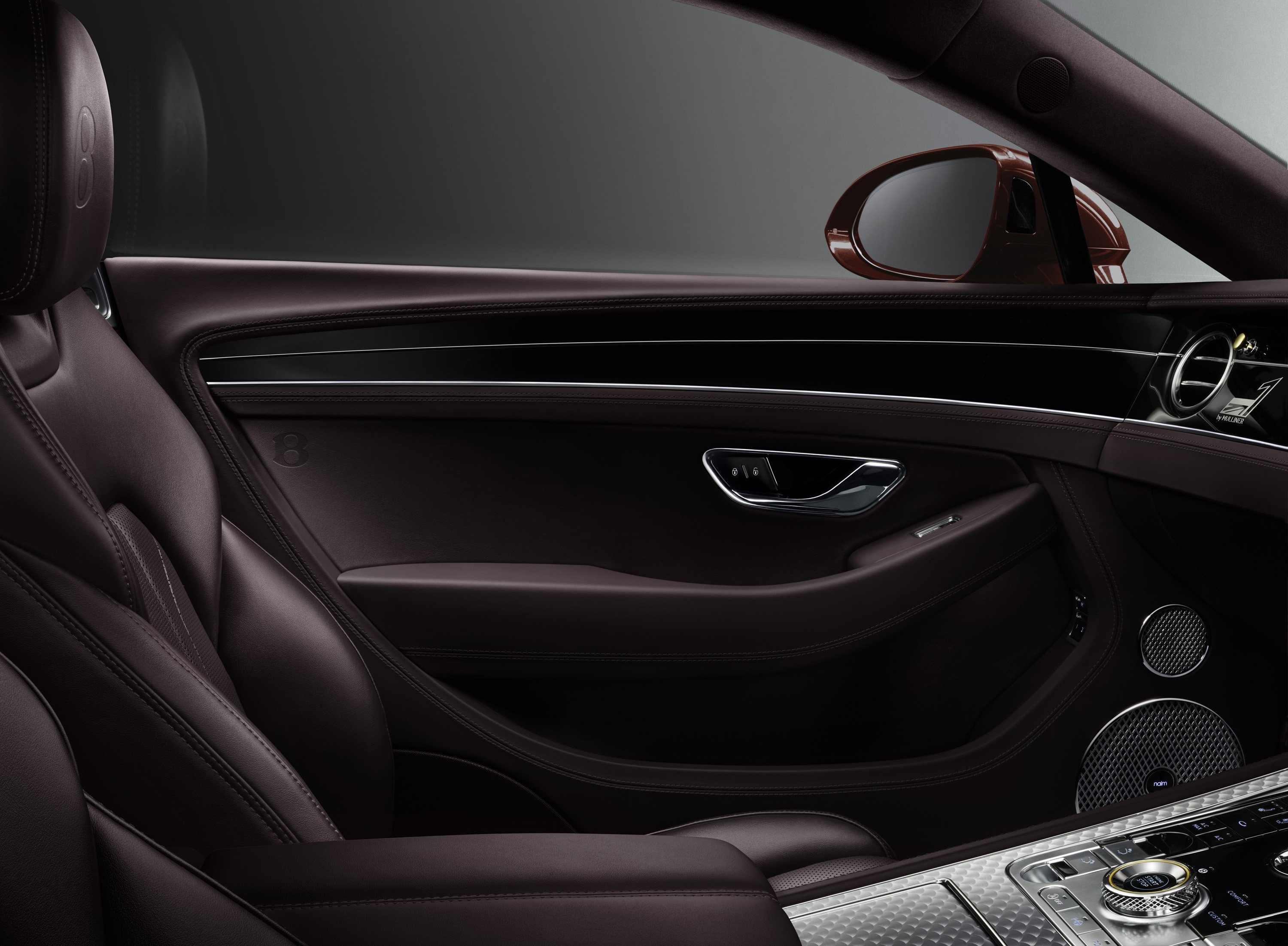 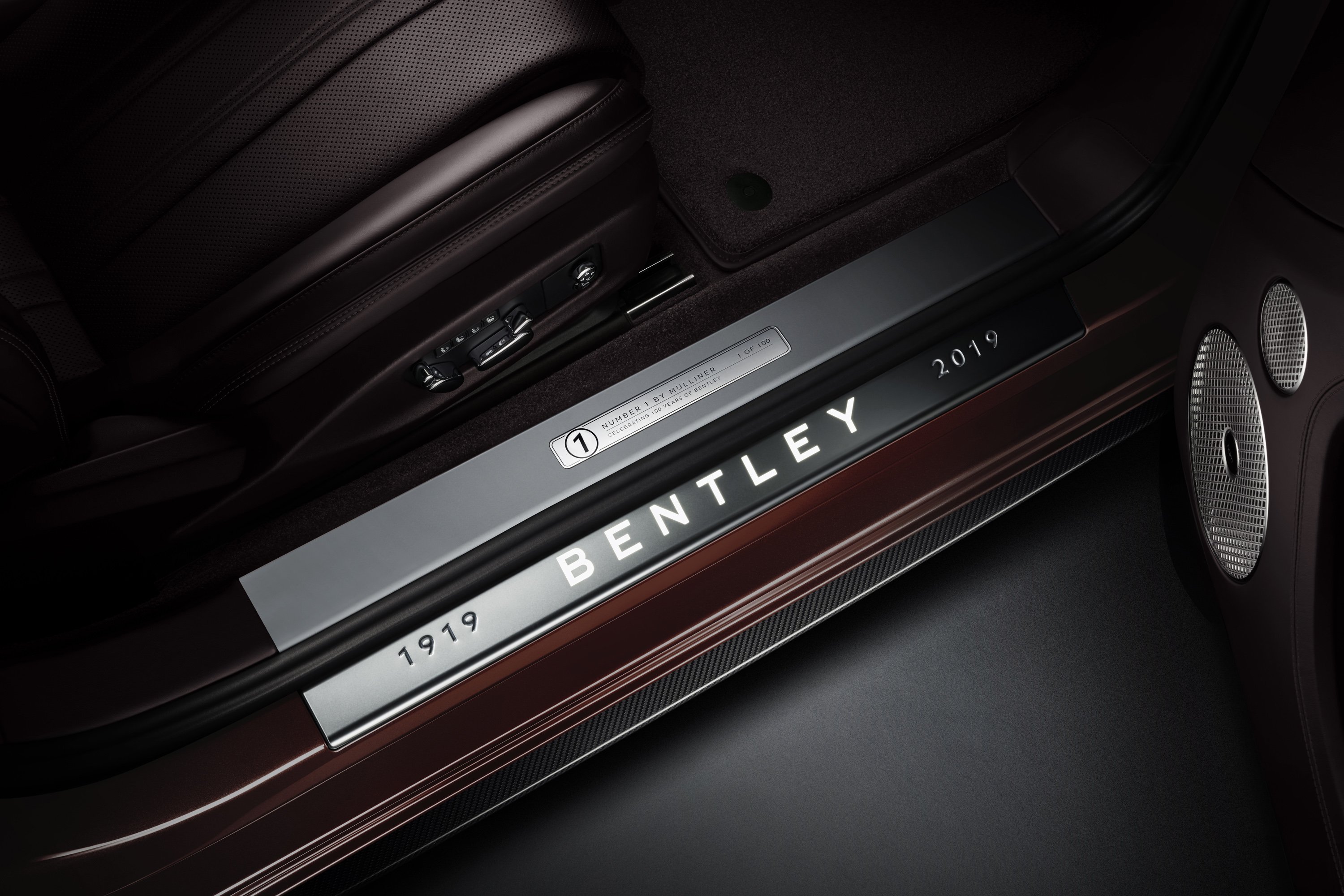 At the heart of the Number 1 Edition sits an enhanced version of Bentley’s renowned 6.0-litre, twin-turbocharged W12 TSI engine. Just like the original, supercharged Blower of 1929, it provides exhilarating and agile performance, representing the pinnacle of contemporary car design.

The new Number 1 Edition offers customers the exclusive and rare opportunity to own a vehicle that embodies the true spirit of Bentley’s racing history.

Number 1 Edition – A Modern Interpretation of a Classic

The new Continental GT Convertible Number 1 Edition by Mulliner encapsulates Bentley’s remarkable spirit of achievement during the last century. It was first experienced in 1932 at the Brooklands racing circuit, near London, when the original, supercharged No. 1 ‘Blower’ set a thrilling lap record.

The new Number 1 Edition harks back to that remarkable vehicle, a car that is responsible for some of the most memorable moments in Bentley’s illustrious past. Just 100 examples will be made during the Crewe-based marque’s centenary year, further enhancing the Number 1 Edition’s exclusivity.

The Number 1 Edition is the final car in Bentley’s Centenary trilogy. Like the Mulsanne W.O. Edition and the Continental GT Number 9 Edition, it incorporates a unique piece of Bentley history. Within the innovative Bentley Rotating Display, a small wheel spinner, reminiscent of wheel spinners found on the No.1 and other historic Bentleys, has been set in resin. Seamlessly merging the best of design both present and past, each wheel spinner has been cast from a piston from the No.1, taken during restoration work.

The exquisitely designed, third generation Continental GT Convertible has been further enhanced with distinctive elements inspired by the original No. 1. As well as the Bentley Black Line Specification and Carbon Body Kit, the Limited Edition is offered in Dragon Red II or Beluga exterior paint, with a Claret or Beluga folding hood.

Inside, a new colour split of either Cricket Ball or Beluga main hide is complemented by Heritage hide on the seats and door pads, with a debossed B insignia on the headrests and door inserts. The Grand Black wood veneer is enhanced by 18 carat gold plated organ stops and an Alcantara steering wheel and gear lever. Passengers are welcomed by a Number 1 treadplate insert as they step into a luxurious cabin.

As well as a British Jaeger clock featuring a Number 1 face, the uniquely crafted dashboard also incorporates Engine Spin on the centre console. Often referred to as ‘Turned Aluminium’, Engine Spin was a popular racing car and aviation finish in the 1920s and ‘30s as it limited light reflection.

Races in the original No. 1 were always adventure-packed and exciting. The Number 1 Edition features an enhanced version of Bentley’s renowned 6.0-litre, twin-turbocharged W12 TSI engine, mated to a dual-clutch eight-speed transmission for faster, more efficient gear changes. The state-of-the-art drivetrain offers a powerful and exhilarating drive, as thrilling as that produced by the original No. 1 when it first took to the racetrack all those years ago.

Based in Crewe, England, Mulliner is Bentley’s personal commissioning division and exists to respond to the requirements of the marque’s most discerning customers. As well as creating truly exclusive Limited Edition models, any type of personalisation can be undertaken to create a unique Bentley of individual taste.

Inspired by a Legend

The new Number 1 Edition has been inspired by the original No. 1 Blower, which set the Outer Circuit record at the Brooklands racetrack, Surrey, in 1932. Driven by Bentley Boy Tim Birkin, the 4 ½-Litre car averaged 137 mph – a record that stood for a further two years and has since become a symbol of Bentley’s racing heritage.

The No. 1 Bentley Blower was one of the definitive cars of its era. It was born through a combination of Birkin’s skillset and the financial backing of wealthy horse racing enthusiast, Dorothy Paget. When Bentley stopped backing Birkin’s project, Paget saw the potential of the car and stepped in to help.

Birkin’s modified Bentley used a supercharger to increase the pressure of air to the engine, creating more power. Described as ‘blowing’ air into the engine, it resulted in the Birkin car being referred to as the Bentley Blower.

10th July, 2019 marks Bentley’s 100th year – an extraordinary milestone achieved by only a few companies. The new Number 1 Edition is just one part of a year-long series of special activities that have been planned, with celebrations at events around the world.

They will showcase Bentley’s motoring evolution over the last 100 years, highlighting its global success today and the exciting future of innovation ahead.