The New Hispano Suiza Carmen Boulogne On The Road

Hispano Suiza has launched a second model, the Carmen Boulogne, a sportier evolution of the iconic Carmen. The Carmen Boulogne is a fully electric and exclusive hypercar designed, developed and manufactured in Barcelona (Spain), of which only five will be made. 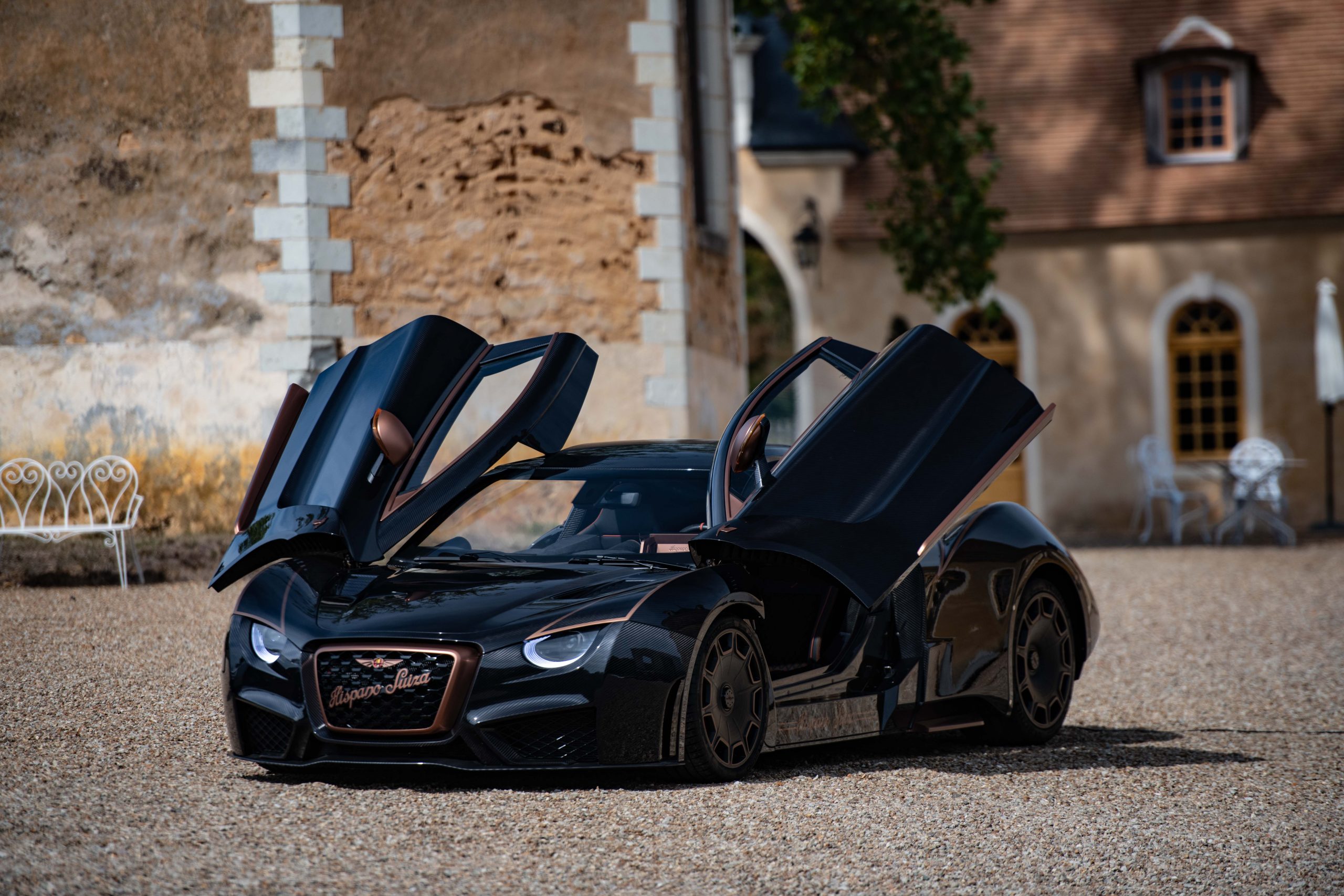 The Boulogne name dates back to 1921, when Hispano Suiza made a racing version of its high-performance H6 Coupé and entered it in the George Boillot Cup, an endurance race lasting more than 3.5 hours around the French city of Boulogne. There, Hispano Suiza achieved three consecutive victories with André Dubonnet (1921), Paul Bablot (1922) and Léonce Garnier (1923) driving the mighty Hispano Suiza H6. 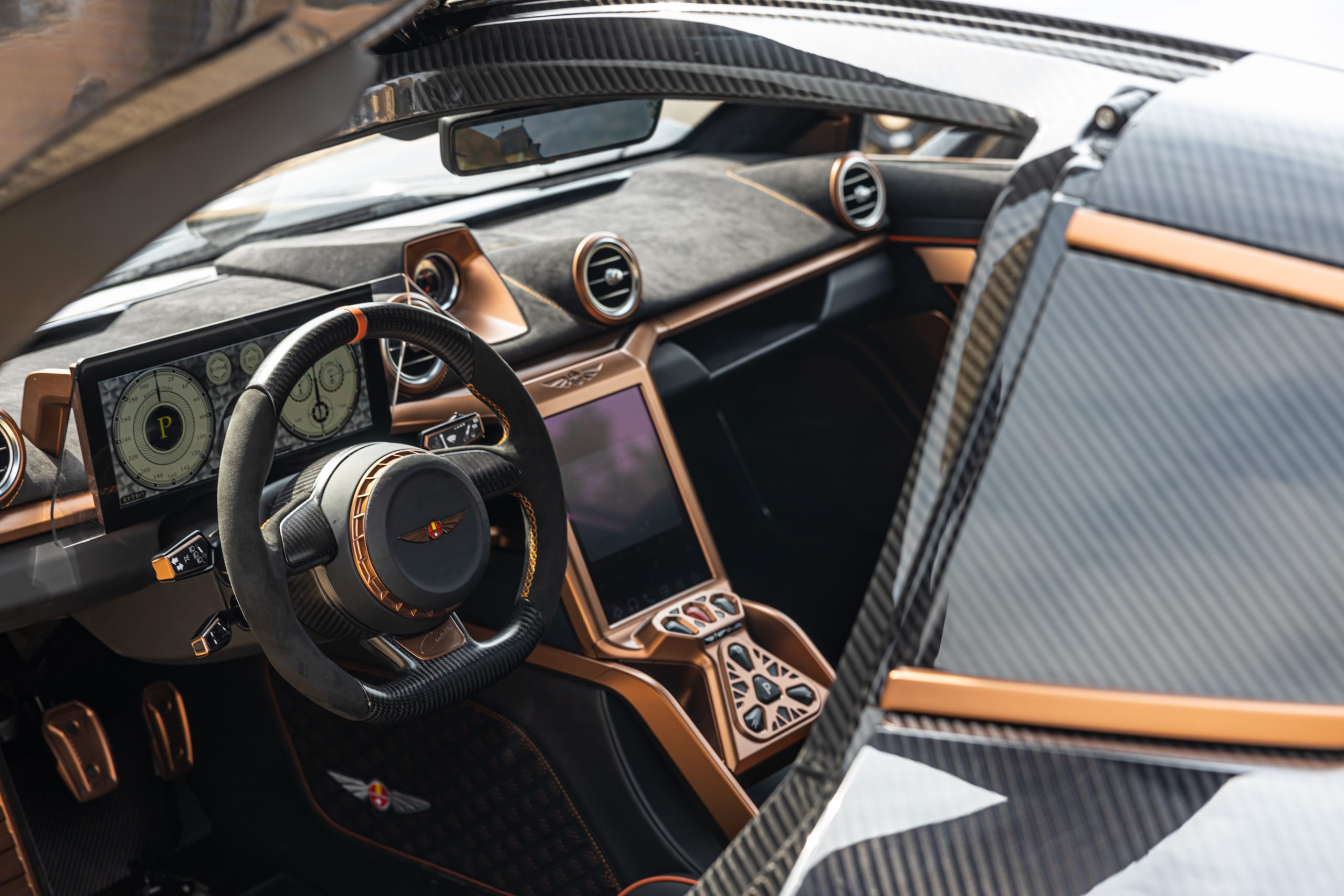 The Carmen Boulogne is powered by four permanent-magnet synchronous engines, two on each rear wheel. The torque of each engine is controlled through sophisticated vectoring systems developed in-house with the expertise gained in Formula E. From 0 to 6,500 rpm, the engines are capable of reaching a maximum of 1,600 Nm of torque, allowing for astonishing acceleration and seemingly endless power and traction. The lithium-ion polymer battery has a capacity of 80 kWh that allows it to develop a driving range of up to 400 km. The batteries are designed and produced in-house, including a complete temperature control system to ensure that the cells can operate optimally. It has a fast-charging capacity of more than 80 kW DC, requiring only 30 minutes to charge 30-80% through a CCS2 fast charger. It also has CHAdeMO and GB/T charging options.

The entire body of the Carmen Boulogne is made of carbon fibre, visible under a clear varnish that emphasizes its sportiness and preserves the timeless elegance of this model. It sports the same semi-circular headlights and aggressive “scowl” as the Carmen, with the difference of an imposing copper-coloured grille. 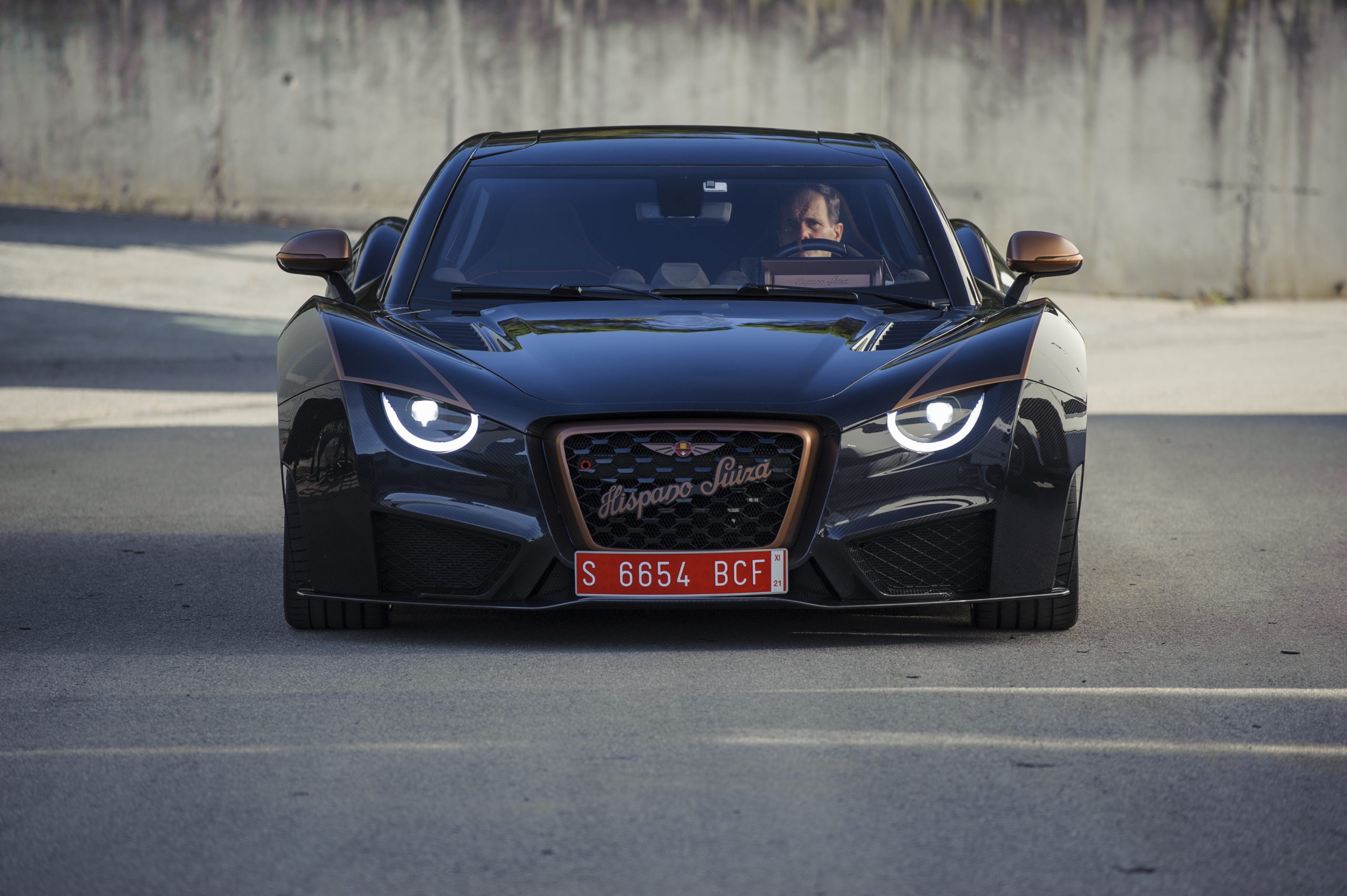 The Carmen Boulogne is a fully customizable model thanks to the brand’s ‘Unique Tailormade’ department. Its sleek interior features suede or black Alcantara on the bulkhead and door panels.

The design, engineering and production is the result of the expertise of Hispano Suiza and QEV Technologies, a company specializing in the development of electric motors and motorsports.

The price of the Hispano Suiza Carmen Boulogne starts from 1.65 million euros (plus local taxes), and its manufacturing process, handmade with the utmost precision, requires approximately twelve months.