The New Koenigsegg Jesko Absolut the fastest Koenigsegg ever – forever

The fastest Koenigsegg ever – forever

The Koenigsegg Jesko Absolut has been unveiled. It is the fastest Koenigsegg ever made and the company will never endeavour to make a faster series-production road car – ever.

Customers will be able to choose between the Jesko Absolut and the more track-oriented Jesko version that was presented a year ago. 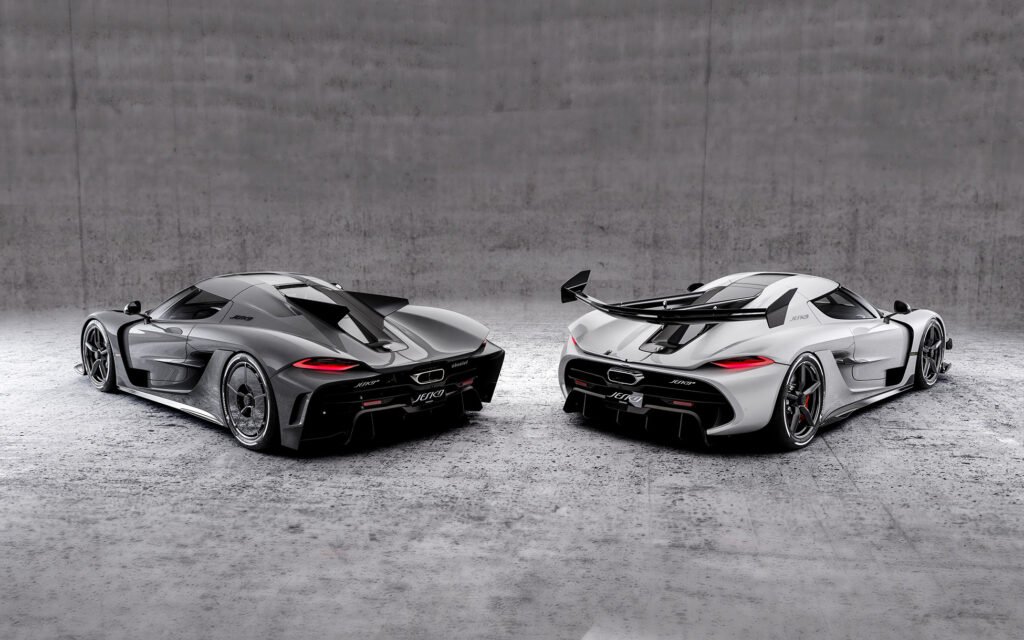 Every surface element on the Jesko Absolut has been purposefully constructed to reduce drag or surrounding turbulence around the car while increasing high-speed stability. Although just as powerful, the Jesko Absolut is a more seamless and stealthier interpretation of the Jesko, its track-focused sibling.

The Jesko Absolut hos a drag coefficient value of only 0.278 Cd. The low drag in combination with a frontal area of 1.88 m2 in combination with a power level of minimum 1600 bhp, make the Jesko Absolut destined to achieve higher, more extraordinary speeds than any Koenigsegg or any other fully homologoted car before it. – How fast? Time will tell. Looking at the math and our advanced simulations – it will be unbelievably fast.

Inspirations taken from the sky

The dramatic streamlining of the Jesko Absolut and the lack of a massive spoiler, gives the Jesko Absolut a sleek appearance. The two fins that replace the rear spoiler take inspiration from the F-15 fighter jets that come equipped with similar and iconic double vertical stabilisers.

At the heart of the Jesko Absolut is the 1600 bhp (when running on E85 fuel), twin-turbocharged VS engine fitted with a 180-degree crankshaft that enables on 8500-rpm rev limit. The engine is connected to the Koenigsegg-developed and produced nine-speed Light Speed Transmission (LST) system that enables gear changes in virtually zero time from any gear to any other gear – regardless of how many gears are skipped.