The Tamiya Wild One is making a comeback in 2022

Ask any child of the 1980s what names like the Hornet, Lunchbox, Sand Scorcher & Avante meant to them, and they will likely reminisce about the joys of building and driving the 1/10th scale Radio Controlled (R/C) cars of their childhood. It is no secret that some of today’s most notable car designers started their engineering journey with the world’s best-known R/C car brand – Tamiya.

The original Tamiya Wild One (58050) was released in 1985 and became one of the brand’s most iconic models. Such was the popularity of the model it was even re-released in 2012 (58525) to further acclaim. 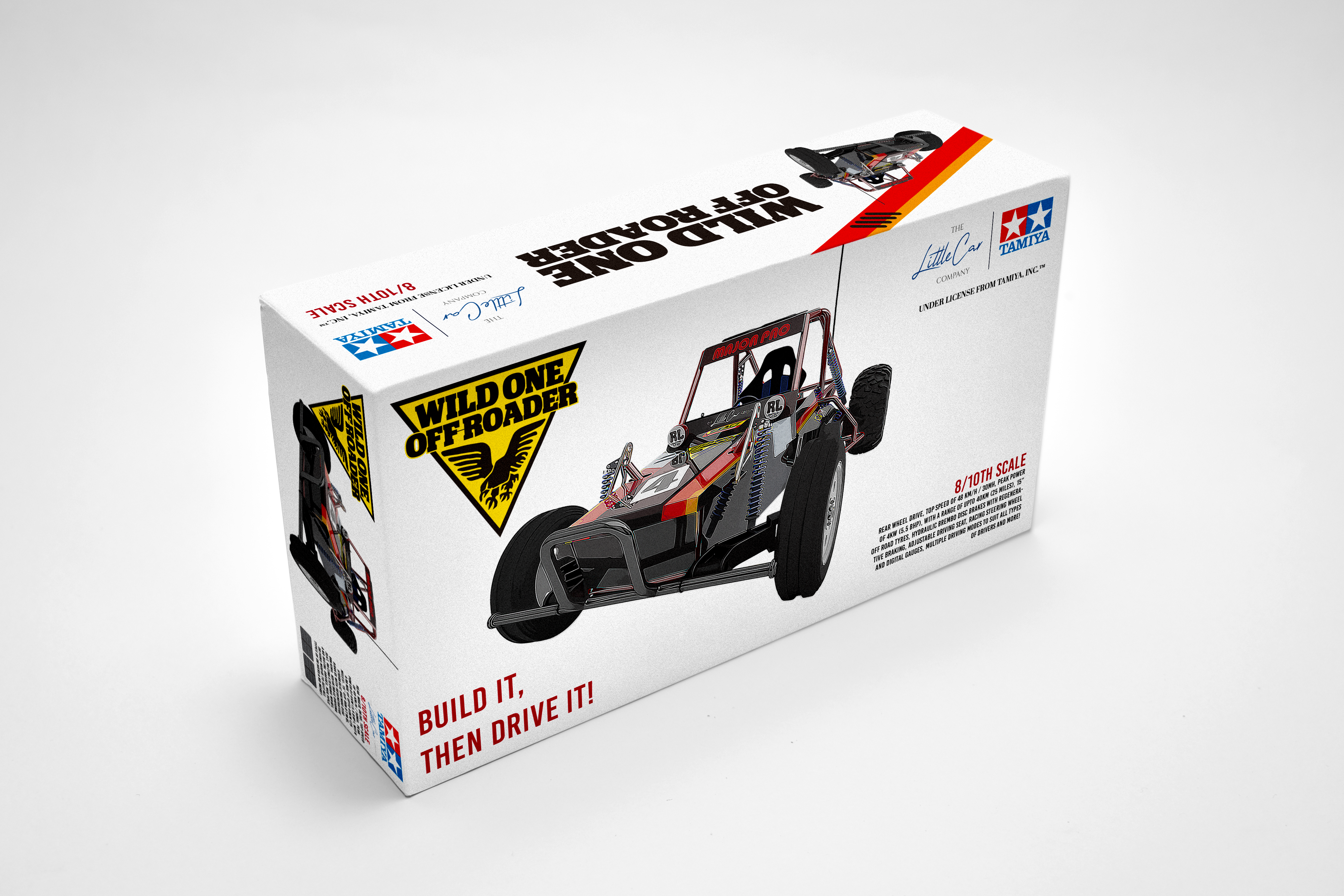 Now, The Little Car Company are delighted to announce that the Wild One will make its return a decade later – only this time, with a difference.

The Little Car Company are developing the Wild One MAX for release in 2022 under licence from Tamiya. Rather than being 1/10th scale, the Wild One MAX will be an impressive 8/10th scale, and you will not need an R/C controller, because it is big enough to drive yourself!

Developed in partnership with the company behind the Bugatti Baby II and Aston Martin DB5 Junior – The Little Car Company – the Wild One MAX will be a rear-wheel drive, off road electric buggy. At approximately 3.5m long (137.8”),1.8m (70.8”) wide and weighing around 250kg (551lbs), the Wild One MAX will take up a bit more space than the R/C kits of the past. But just like the original, you get the opportunity to assemble these models at home. 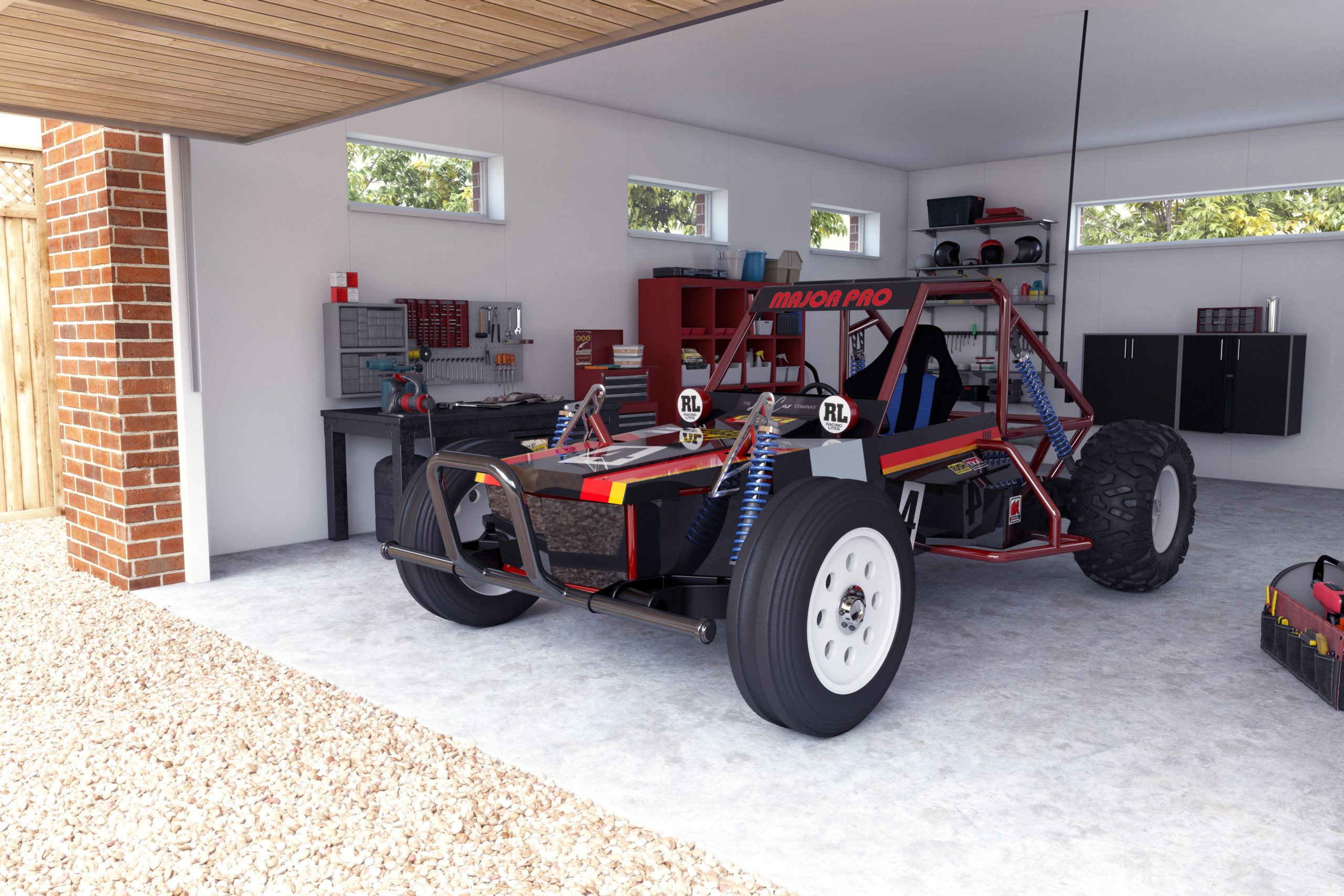 The Wild One MAX will have a spaceframe chassis with four-wheel coil-over suspension and rear wheel drive. It gets the power to the ground through 15” off-road tyres on lightweight wheels. The buggy’s braking system includes hydraulic Brembo disc brakes on each corner, backed up by regenerative braking to maximise range.

When taking to the driving seat, customers will find an adjustable composite seat with a three-point seatbelt, digital gauges and a racing steering wheel. This allows drivers between 160cm (5’ 3”) and 195cm (6’ 5”) to get comfortable. There are even multiple driving modes including Novice, Eco & Race, which offer different top speeds, throttle mappings and power outputs according to driver skill level.

The base Wild One Max comes with a top speed of 48 km/h / 30 mph and a peak power output of 4kW (5.5 bhp). It has a single PowerPack onboard with a capacity of 2kWh and a range of up to 40km (25 miles), depending on terrain and driving style.

However, if you would like to go faster or further, several of the modular PowerPacks can be added to increase the performance and range.

As any big kid Tamiya fan knows, half the fun following the build of your Tamiya R/C car was delving into Tamiya’s upgrade catalogue to choose your Hop-Ups. The Wild One MAX will be no exception.

30 mph not fast enough? There is a Hop-Up for that. Yearning for a four-point racing harness? The Little Car Company can help. High performance brakes and suspension? They’ve got that covered too.

On top of the individual Hop-Ups for the Wild One MAX, there will also be complete ‘Packs’, which can be added to your buggy. For example, a Tarmac Pack will provide owners with road-biased tyres and mudguards.

And taking it one stage further, for those who wish to roam both off and, on the roads, there will be three Road Legal Packs so that the adventure can continue way beyond the workshop. These packs add the components required to build the vehicle to be compliant with L6e or L7e Quadricycle legislation in Europe, or Neighbourhood Electric Vehicle legislation in the USA. Parts will include brake lights, turn signals, reflectors and rear-view mirrors so you have everything to make your vehicle fully road legal.

Building for the next generation

While it is still early days in the development process, we will be trying to bring back many of the classic elements of the Tamiya build, which fans enjoyed most. For example, do you remember those sticker sheets you used to carefully apply at the end? They’re back, but they’re now as tall as you are!

We really do want to hear from the fans on what they would like to see in the development of the Wild One MAX, so please sign up at WildOneMax.com and become part of the community and tell us what you would like to see on the new car.

“We are massively flattered and thrilled by the launch of the Wild One Max by The Little Car Company under official licence from Tamiya. Tamiya assembly R/C kits, especially our unique buggy range, have captured the imaginations of generations for over 40 years. The prospect of a nearly full-size Tamiya buggy, which can be built and driven, is truly exciting and will be the ultimate vehicle for any Tamiya fan.” Pete Binger, CEO, The Hobby Company – Tamiya UK Distributor

“As a child of the 80s, developing an almost full-size Tamiya model, which you can actually drive, is a dream come true. We are honoured to be working with the Tamiya team on the project to bring one of their most iconic models to life for a new generation. Because it is still early days in the project, we have the opportunity to include the feedback and feature suggestions from the legions of Tamiya fans out there. We encourage anyone with imaginative ideas and feedback around the engineering of the project to sign up to the newsletter at WildOneMax.com. We can’t wait to get these on, and off, the road in 2022!” Ben Hedley, CEO, The Little Car Company


Reserving a build slot
The Tamiya Wild One MAX is expected to cost from £6,000 / €7000 / $8,250 plus local taxes and is planned for global release in 2022. Customers can reserve a build slot from today at WildOneMax.com with a £100 fully refundable deposit. Build slots are allocated on a “first come, first served” basis.

If you would like to hear more about the project and to sign up for the latest news, please visit: WildOneMax.com

Please note final specifications and pricing are to be confirmed before production commences. 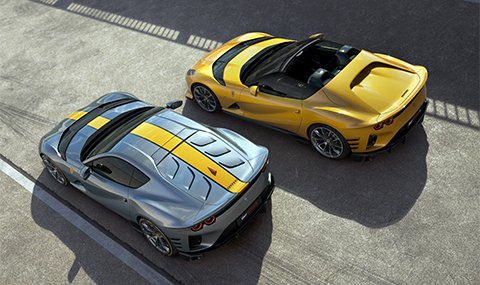 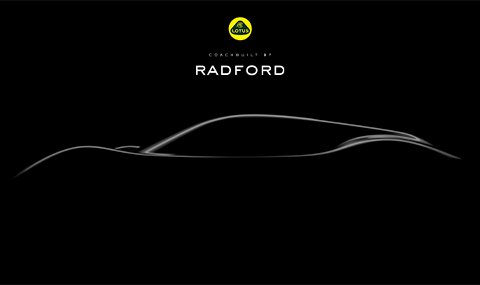 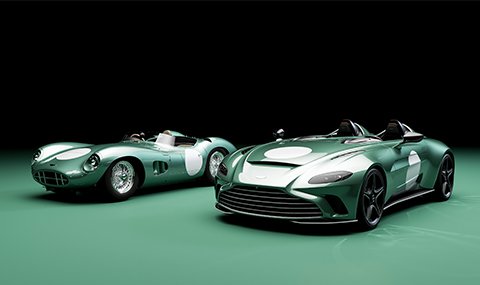 📸 Photographer Spotlight 📸 From the racetra

The 812 Competizione, the new limited-edition spec

Did you manage to #getoutanddrive this bank holida

The Stage is Set… Entries to the Salon Privé C

📸 Photographer Spotlight 📸 As hardcore as t

@GTO_Engineering has confirmed that Squalo will be

A second event in London next Spring? #SalonPrive

We’re delighted to see things hotting up for the

Our sincere condolences to Her Majesty The Queen a