Theon Design gives an enticing preview of its latest bespoke Porsche 911 (964)-based commission, which debuts a number of exciting firsts for the company, further pushing the boundaries of design and engineering.

Known as BEL001, the upcoming creation is the first for a Belgian customer, who has worked closely with Theon Design to specify a unique machine that features not only an innovative new suspension system but also the most powerful engine the company has yet produced. 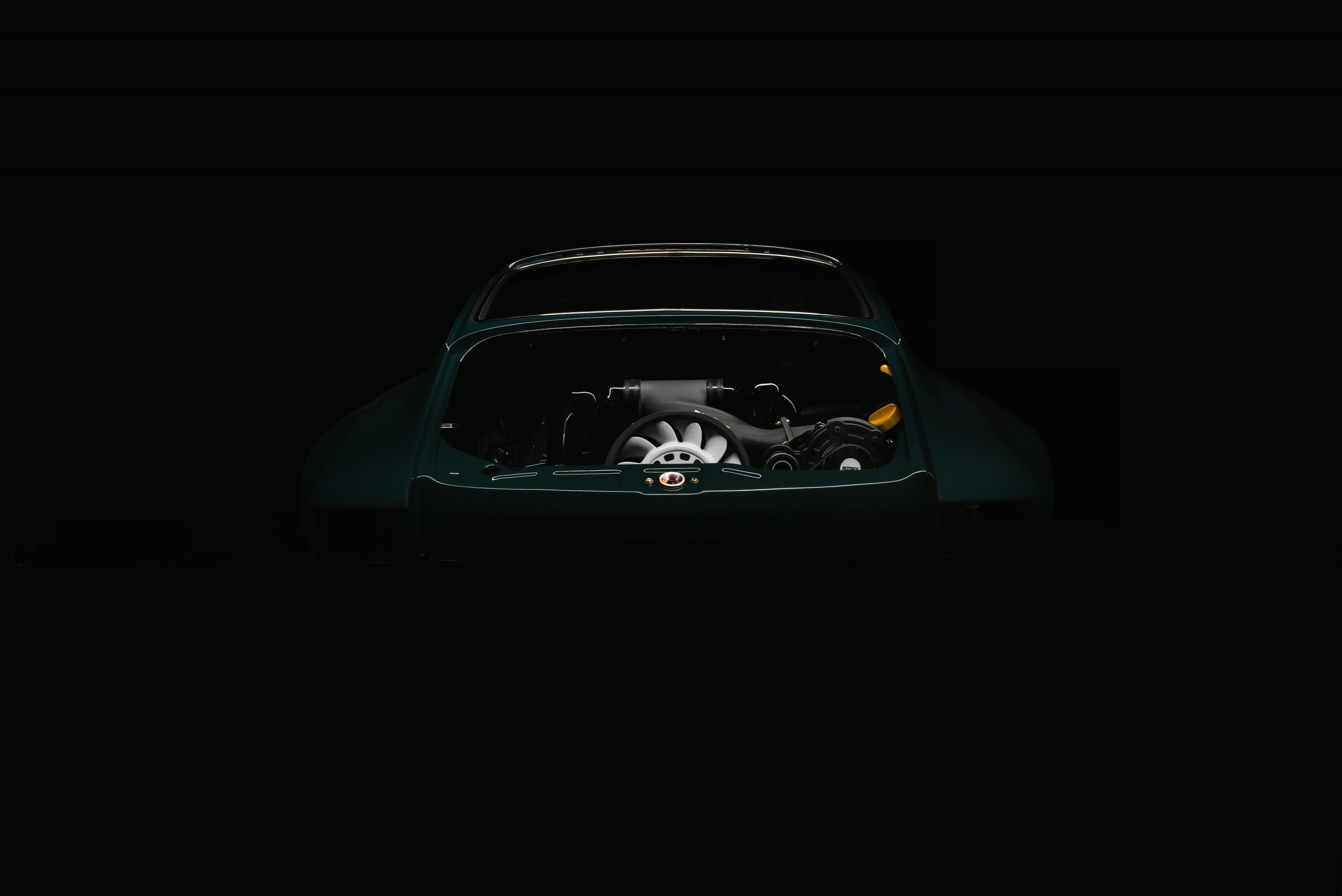 As with all its projects, this car was first stripped to a bare metal shell and rebuilt from the ground up to Theon Design’s exacting ‘OEM+’ standards. Honouring Stuttgart’s heritage and engineering ethos, with a focus on CAD assisted light-weighting throughout, BEL001 distils and enhances the essence of the aircooled 911 – bringing to life several new features.

Finished in a stunning shade of ‘Aquamarine’ – based on a 1950s Porsche 356 colour – BEL001 is the first Theon commission to feature active damping, in conjunction with road and race suspension experts TracTive. Exhaustively developed across the undulating roads that surround Theon’s Oxfordshire base, as well as on track, the dampers’ switchable modes offer a broad operating bandwidth, and can be instantly adjusted at the flick of a switch, giving BEL001 an enormous breadth of capability, making it at home on any road surface.

Control and engagement are a given on any Theon commission but with BEL001 being the company’s most powerful creation yet, it’s absolutely crucial. That’s because BEL001 is the first to feature Theon’s supercharged version of the iconic 3.6-litre, air-cooled flat six. Totally rebuilt and re-engineered, it offers the perfect balance of real-world tractability and spellbinding top-end performance with a Rotrex supercharger and water-methanol injection, producing 450bhp and 500Nm of torque. 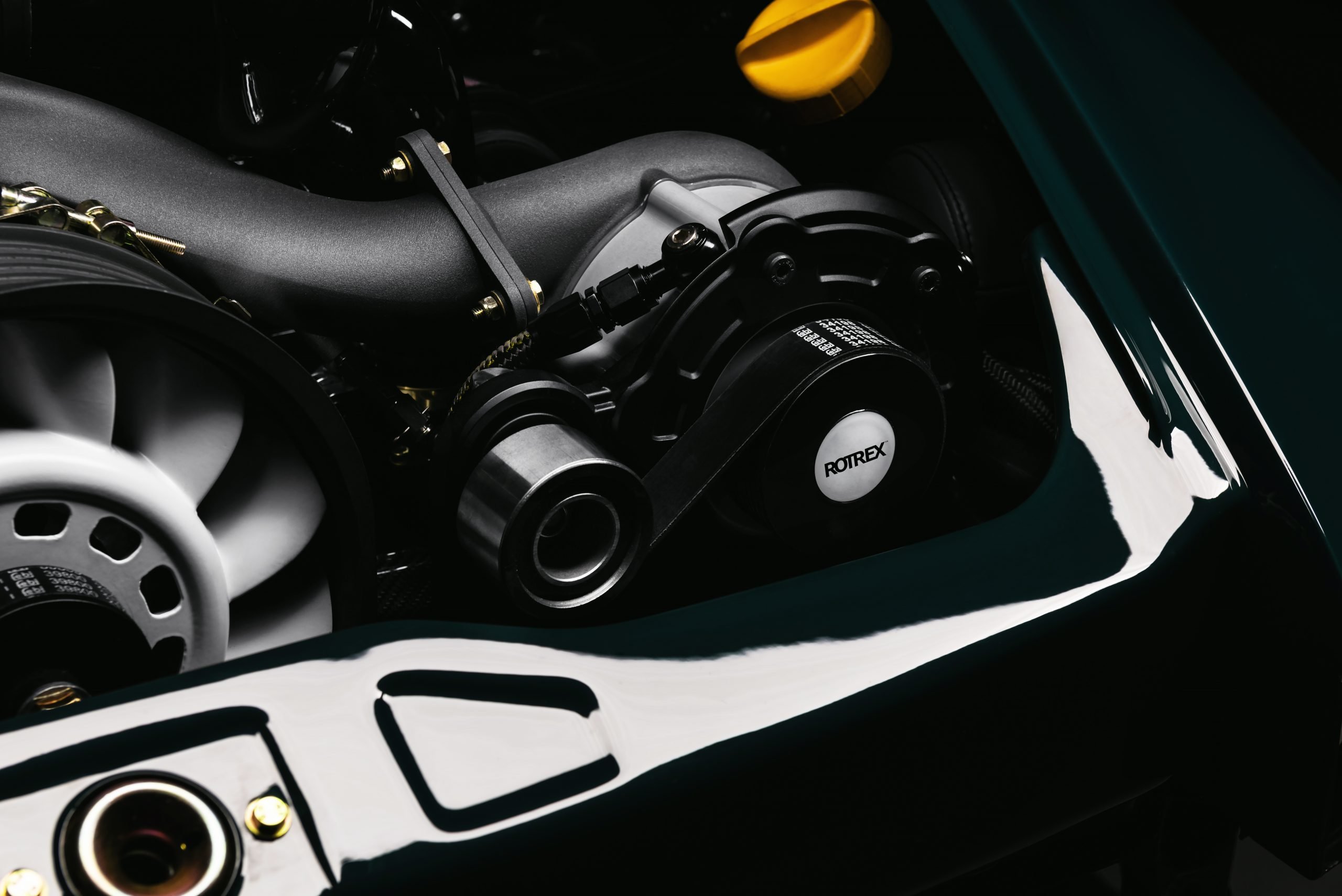 Theon Design founder Adam Hawley concluded: “We’re extremely excited to offer this sneak preview of BEL001, before its full reveal in the coming weeks. With this latest commission we are again delivering on a precise client specification, instilling the car with thrilling performance, whilst using our expertise and OEM+ philosophy to refine and enhance the 911’s unique, captivating character.

“The innovations on BEL001, both in terms of its engine and suspension, reflect what Theon Design is all about. We’re driven by a determination to hone and sympathetically enhance the classic 911 recipe, using design-led innovation, dynamic focus and close partnerships with expert suppliers to create the ultimate iteration of the world’s most iconic sports car.”