British luxury supercar maker McLaren Automotive will have a major presence at Salon Privé on September 2-5 with the new high-performance hybrid McLaren Artura, the windscreen variant of the company’s open-top Elva, 765LT Spider and the McLaren GT all on display. Prospective owners will be able to get behind the wheel and experience the GT and 720S Spider.

Held in the spectacular surroundings of Blenheim Palace, located in Oxfordshire – the heart of the English countryside – Salon Privé is one of the UK’s leading Concours d’Elégance events. Since its establishment in 2006, it has become a popular social fixture of the autumn season with fine-dining, champagne and guests encouraged to dress for the occasion.

The very latest product in the McLaren display will be the Artura high-performance hybrid supercar in Ember Orange, fresh from its appearance at the British Motor Show. Representing the full force of McLaren’s knowledge and experience in road and race cars, it features the all-new, and British-innovated and built McLaren Carbon Lightweight Architecture (MCLA) and is powered by a 120°-angle twin-turbo 3.0 litre V6, assisted by a compact 95PS axial flux E-motor. 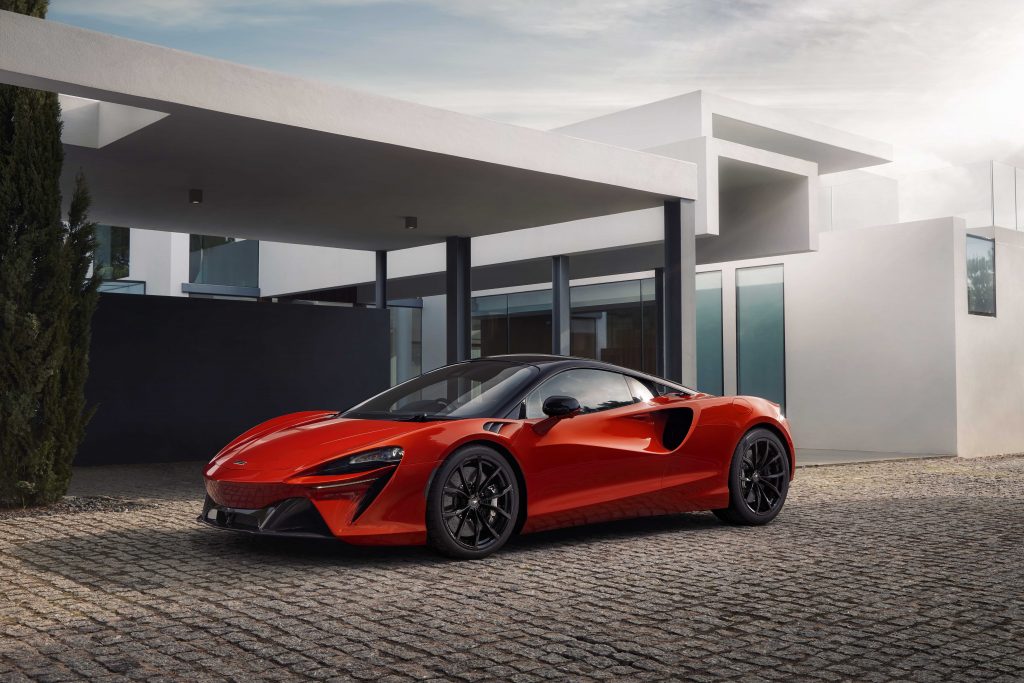 With a class-leading DIN weight of 1,498kg and a combined output of 680PS and 720Nm, the Artura is capable of stunning performance of 0-200km/h (124mph) in 8.3 seconds and a top speed of 330km/h (205mph). It is also designed to be driven in electric-only mode for journeys of up to 30km*. Available from £185,500 in the UK, the price includes a comprehensive warranty and servicing package.

Sharing the spotlight will be the Elva with windscreen. Retaining the essence of the Ultimate Series car’s pure distillation of driving pleasure, if not quite blurring the boundaries between the interior and the outside world, the narrow screen perfectly complements the Elva’s beautifully-sculpted form. The car on display has a stunning Satin Blue finish and, as one of the rarest McLaren cars ever built, is a must-see for visitors to Salon Privé. 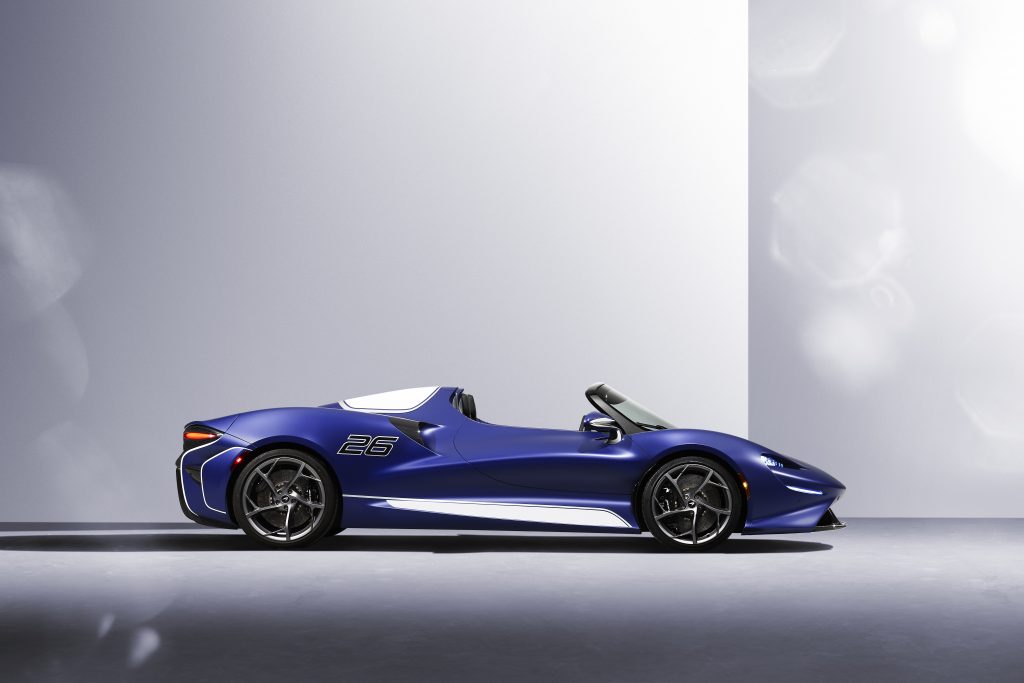 Also new to the event will be the 765LT Spider in Ambit Blue. Announced earlier in the summer, the latest Longtail follows last year’s fully-sold-out 765LT Coupe. Its carbon fibre chassis allows the Spider to retain all of the critically-acclaimed dynamic prowess of the coupe, while adding an electrically-operated one-piece retractable hard top that lowers in just 11 seconds. It is the most powerful McLaren Spider yet, bringing the drama of the 765LT’s quad exhaust note into the cabin to deliver an intensely visceral driving experience. 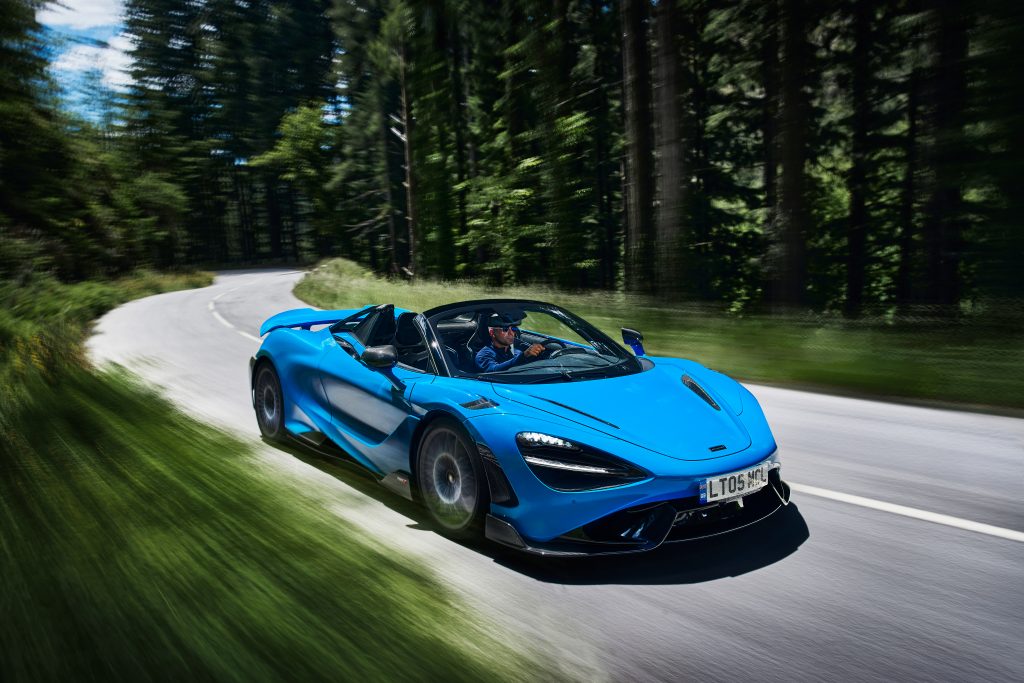 Designed for those who value both performance and supreme elegance, the McLaren GT in Serpentine completes the Salon Privé line-up. The GT opens the McLaren driving experience to a wider audience, with stunning design, generous luggage capacity – in which travel pieces from McLaren’s collaboration with TUMI fit perfectly – and a luxurious interior ambience in addition to the astonishing levels of performance and dynamic excitement expected from a McLaren. 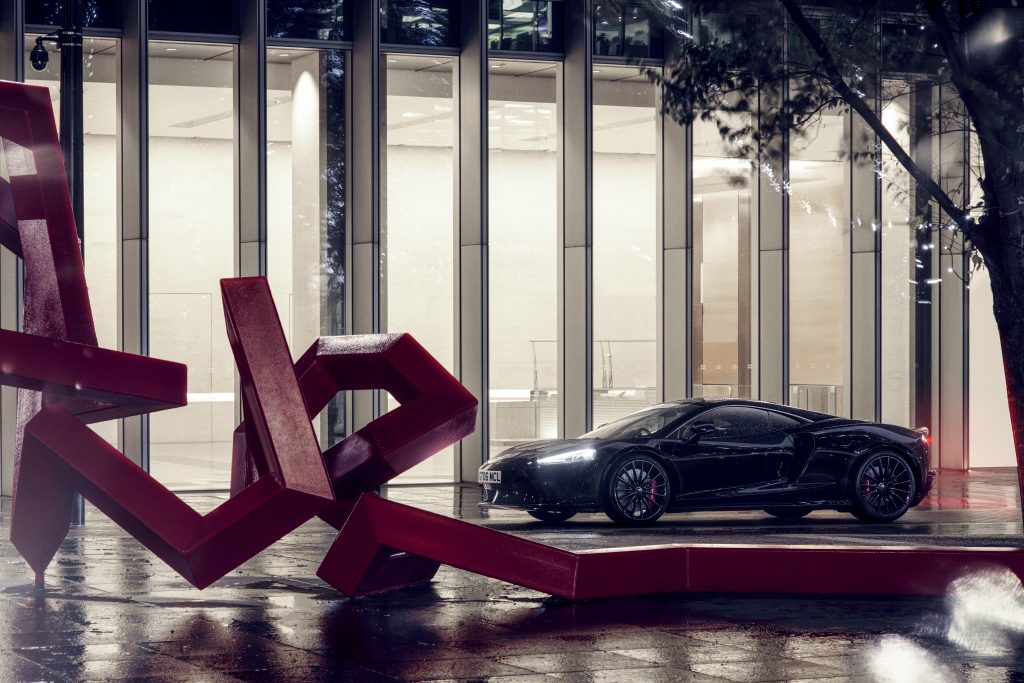 “It’s wonderful to return to Salon Privé, a highlight of the UK motoring calendar and the perfect fit for McLaren as a modern luxury supercar company. It will be fantastic to see our supercars complementing the many cherished automobiles from both past and present in the stunning grounds of Blenheim Palace where we look forward to meeting McLaren owners and admirers of the brand.”

In addition to the four cars on display, prospective customers will also be able to book test drives in the McLaren GT and 720S Spider at the event. Enquiries can be made at the McLaren display.