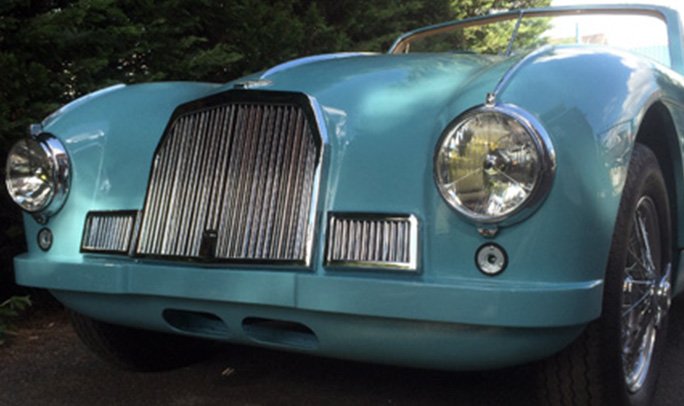 An exceptional sportscar the DB2 achieved early success in motorsport, notably at Le Mans where it won the 3-litre class in its first year.

It is said the DB2’s performance on the racing circuit helped accelerate Aston Martin’s resurgence as a premium manufacturer of automobiles.

From November 1950, Aston Martin offered a version of its competition engine to customers as a factory option, known as the ‘Vantage Specification’ it featured larger HV6 carburettors and a significantly higher compression ratio. This allowed the car to develop an impressive 125bhp.

HRH Prince Bertil, the Crown Prince of Sweden, purchased this striking DB2. It was delivered towards the end of 1950 and remained with the Prince until 1962.

My first Aston was a 1950 DB2 Drophead Coupé. It was light blue and had an aluminium body. It also had a column shift which I didn’t care much for. I had a floor-mounted gear lever put in the same factory in Feltham, exchanged my standard engine for one of the Vantage engines… I wish now that I had never sold it, and I wonder what became of it?