Alfa Romeo celebrates its 110th anniversary in 2020, and some of the greatest cars from its long and illustrious history will be taking centre stage in the Salon Privé Concours d’Elégance.

Before he started building cars under his own name, Enzo Ferrari rose to international prominence by running Alfa Romeo’s works racing team during the 1930s. In 1932, Scuderia Ferrari entered an 8C Monza Zagato in various races and hillclimbs for the likes of legendary Italian ace Tazio Nuvolari. ‘The Flying Mantuan’ took it to victory in the Coppa Principe di Piemonte in July of that year, and also competed in the prestigious Klausenrennen hillclimb.

The 8C later finished second in the Targa Abruzzo at Pescara in the hands of Mario Tadini, but was subsequently disqualified because the event was for standard sports cars – the modified Alfa was not eligible. It is this very car – chassis number 2111044 – that will be on display at Blenheim Palace.

Following the domination of Bentley in the late 1920s, Alfa Romeo took four consecutive wins in the Le Mans 24 Hours during the early 1930s, and on all four occasions it was the 8C 2300 that delivered victory in the French endurance classic. A Touring-bodied Tipo Le Mans example of this fabled model will also be part of the Concours d’Elégance line-up at Salon Privé. 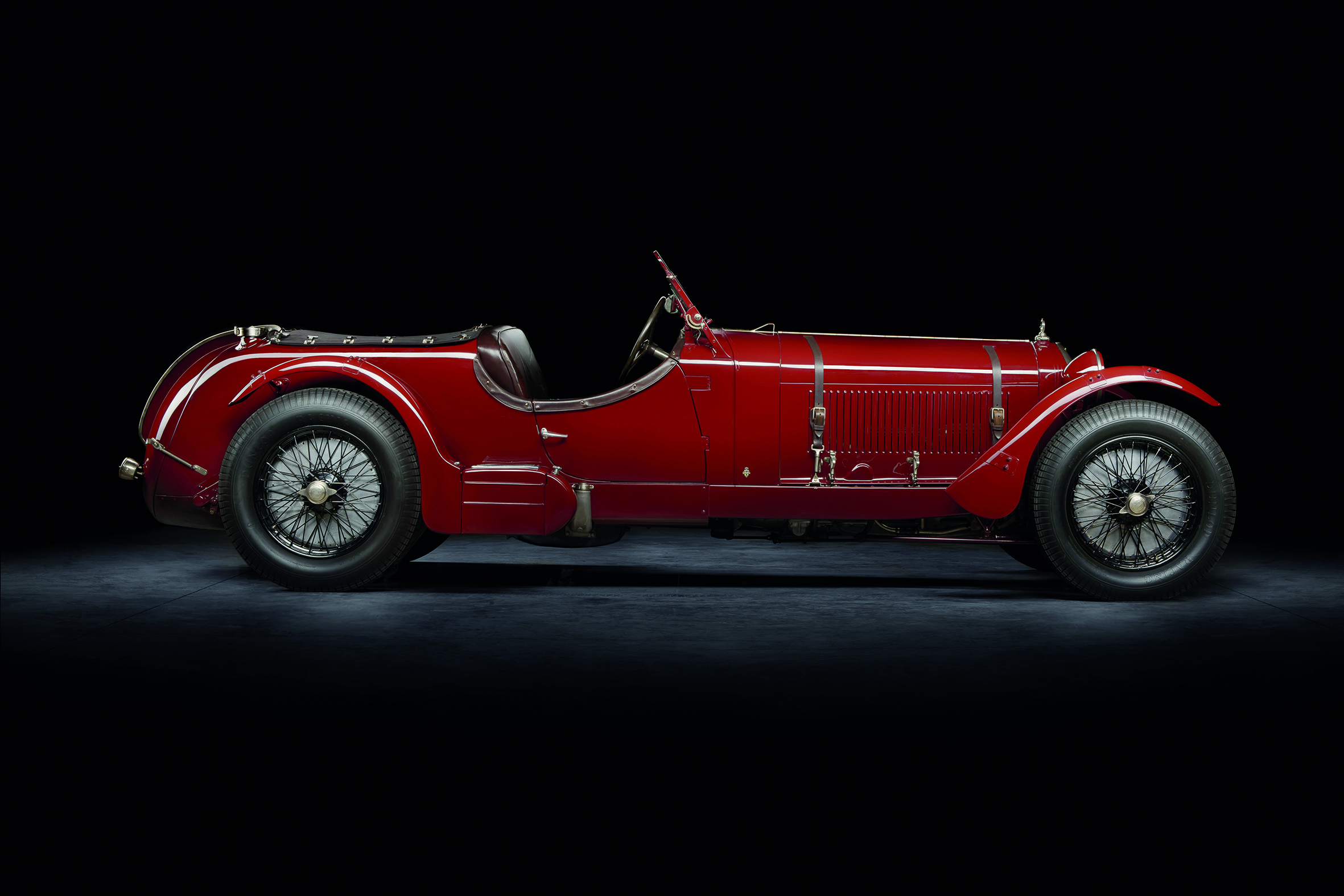 Built to the exact specification of the cars that competed at Le Mans and at the Tourist Trophy races in Northern Ireland, chassis number 2311210 was imported into the UK in 1937 by Thomson & Taylor – the Brooklands-based Alfa Romeo agent. Its subsequent British owners included the Regent Oil Company.

Alfa Romeo has long been a favourite of the great coachbuilders, and a particularly special Touring-bodied 6C 2500 SS Coupé has also been entered for the Concours. The 1942 beauty was sold new to well-known racing driver Count Felice Trossi, who specifically requested the large auxiliary front lights. It was the first car to be built by Carlo Felice Bianchi Anderloni after he’d taken over the renowned Touring concern from his father, and was used by Trossi as his personal car until his death in 1949.

Another Touring rarity will be on show lawns courtesy of a 6C 2500 S Cabriolet that is thought to be one of only three such models bodied in this style. Built in 1942, its first owner was German officer General von Carnap, and it’s the only one of the three all-aluminium examples to retain its original 2443cc six-cylinder engine.

Carrozzeria Garavini may be one of the lesser-known coachbuilders of the time, but Alfa Romeo sent five 6C 2500 chassis to the Torinese firm on 11 November 1943. Following the war, it’s thought that chassis number 913249 was taken to America by a US serviceman who subsequently lost it in a poker game! Having subsequently been owned by Richard DeChambeau and John P Hoffman, it was restored by its current custodian and returned to its original configuration.

Completing the spectacular quartet of 6C 2500s that will be gracing Blenheim Palace is one of only 63 6C 2500 SS models that were built with Pinin Farina two-seater cabriolet coachwork. Powered by the 110bhp version of the straight-six engine, this car was built in late 1948 and sold the following year to Count Zehender – former works driver for Alfa Romeo, Mercedes and Maserati.

Salon Privé Chairman Andrew Bagley said: “Not only does Alfa Romeo have a proud sporting heritage, it has produced some of the most beautiful and charismatic cars of all time. The entry for this year’s Concours d’Elégance perfectly reflects that dual appeal of speed and style. Coachwork sculpted by likes of Zagato, Pinin Farina and Touring will be shown off to its very best in the magnificent surroundings of Blenheim Palace, and will no doubt provide visitors with an unforgettable sight.”

Salon Privé will also host a significant number of World, European and UK debuts from the top manufacturers, while award-winning chef Phil Howard will be hosting a fine-dining experience in the Glass House. There will also be the chance to indulge in some retail therapy courtesy of luxury brands offering everything from jewellery and perfume to travel, aviation and interior design.