From Ferraris to fan cars: Salon Privé set to unleash the world’s most exciting machinery

An incredible cavalcade of Ferraris will be among the many highlights as live action returns to Classic & Supercar Day at Blenheim Palace on Sunday 4 September. The event marks the finale of Salon Privé Week and is an opportunity for enthusiasts of all ages to soak up the sights and sounds of everything from classic racing cars to the very latest hypercars.

Organised to celebrate the legendary Italian marque’s 75th anniversary, the Ferrari line-up will be presented in chronological order, starting with the very first model to bear the famous name – a 125S, which will be driven by Salon Privé Chairman Andrew Bagley.

It will be joined by an ex-works 365 P – chassis number 0828 – that is also set to play a starring role in the Salon Privé Concours d’Elégance presented by Aviva earlier in the week. Originally built in 1965 as a 275 P2, it was driven to second place in that year’s Monza 1000km by John Surtees and Ludovico Scarfiotti. 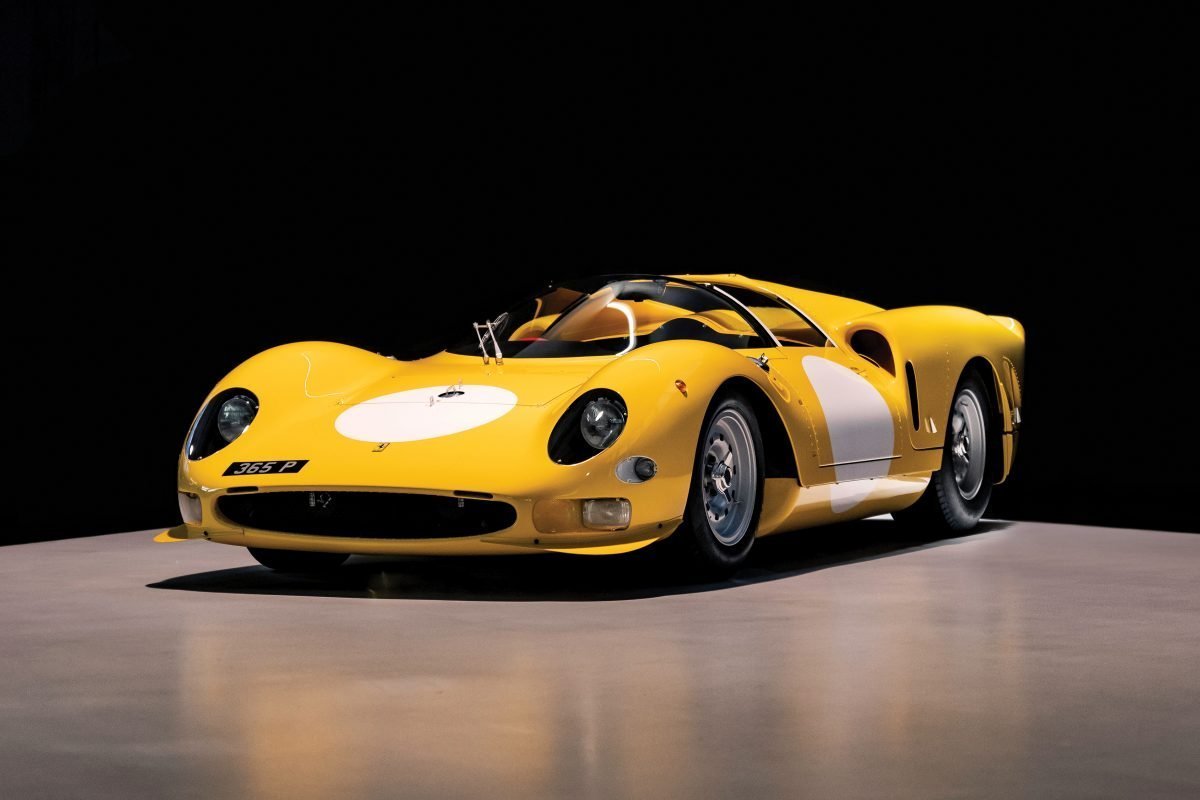 Two weeks later, the Ferrari took victory in the fabled Targa Florio road race in the hands of Lorenzo Bandini and Sicilian hero Nino Vaccarella, after which it was fitted with a 4-litre V12 to bring it up to 330 P2 specification. Surtees and Scarfiotti were reunited with 0828 for the Nürburgring 1000km, which they won.

Later that year, the car was further upgraded by the Ferrari factory into 365 P2/3 specification, complete with a 4.4-litre engine. It was then sold to Ecurie Francorchamps – the renowned Belgian privateer outfit run by Jacques Swaters – which campaigned it throughout 1966. Having been converted into a road car after its racing career ended, the Ferrari was subsequently restored to its Ecurie Francorchamps specification and is now resplendent in yellow – the racing livery of Belgium.

But it won’t just be great cars that will be at Salon Privé. Richard Attwood regularly raced Ferraris for celebrated British privateer David Piper during the 1960s, and both men will be at Blenheim Palace to mark the occasion.

Bringing the story of the Prancing Horse fully up to date will be a 296 GTB – Ferrari’s next-generation supercar, which combines a V6 engine with plug-in hybrid technology. The compact and ultra-sophisticated model produces 830bhp and dispatches the 0-60mph sprint in only 2.9 seconds.

The 296 GTB will be joined at Salon Privé by one of its main rivals, the McLaren Artura. The British design also uses a V6 engine with a single electric motor, and marks the start of an all-new generation of McLaren supercars. Heralded as a distillation of everything the company has ever learned, the Artura is based on a completely new chassis and represents a significant step forward for the marque.

Other performance icons that will be tackling the Hill Sprint at Blenheim Palace include the Lamborghini Huracán STO – a proudly old-school supercar that uses a 5.2-litre V10 to deliver the feel of a racing car in a road-legal model. This is the Huracán in its purest, lightest and most aggressive form, and Lamborghini enthusiasts will also be able to see the latest Tecnica on display. This dramatically styled supercar has been designed to complete the Huracán range by filling the gap between the standard model and the track-focused STO.

And talking of aggression, visitors to the Classic & Supercar Day will be able to enjoy the unforgettable spectacle of Group B machinery being put through its paces – including a 1983 Renault 5 Turbo Tour de Corse, a 1985 Metro 6R4 and a 1986 Ford RS200 Evo. They will be part of a 25-strong selection of cars from Ralli22 that will also include an ex-Colin McRae Subaru Impreza. The great Scotsman drove ‘P12 WRC’ during 1997 and took it to victory on that year’s RAC Rally to clinch the World Constructors’ Championship for Subaru.

Other spectacular rally cars set to tackle the Hill Sprint include everything from a rare ex-Francois Delecour Peugeot 208 R5 T16 to an ex-Roger Clark 1968 Ford Escort, which will be driven at Salon Privé by its owner – top chef and confirmed petrolhead James Martin.

The thunderous sound of large-capacity V8 engines will be ringing around the picturesque estate thanks to cars such as a Sunoco-liveried 1969 Chevrolet Camaro Z28, the McLaren M10B that carried Peter Gethin to the 1970 British F5000 Championship, and the tyre-smoking Vauxhall Firenza Can-Am that’s been driven by rally legends Jimmy McRae, Stig Blomqvist and Jan Hettema.

At the other end of the volume scale will be the sensational all-electric McMurtry Spéirling fan car – fresh from setting a new outright hill record at the Goodwood Festival of Speed. Le Mans legend Derek Bell – a McMurtry development driver and Salon Privé patron – will be at Blenheim Palace, as will Max Chilton, who was behind the wheel for the record-breaking Goodwood run. 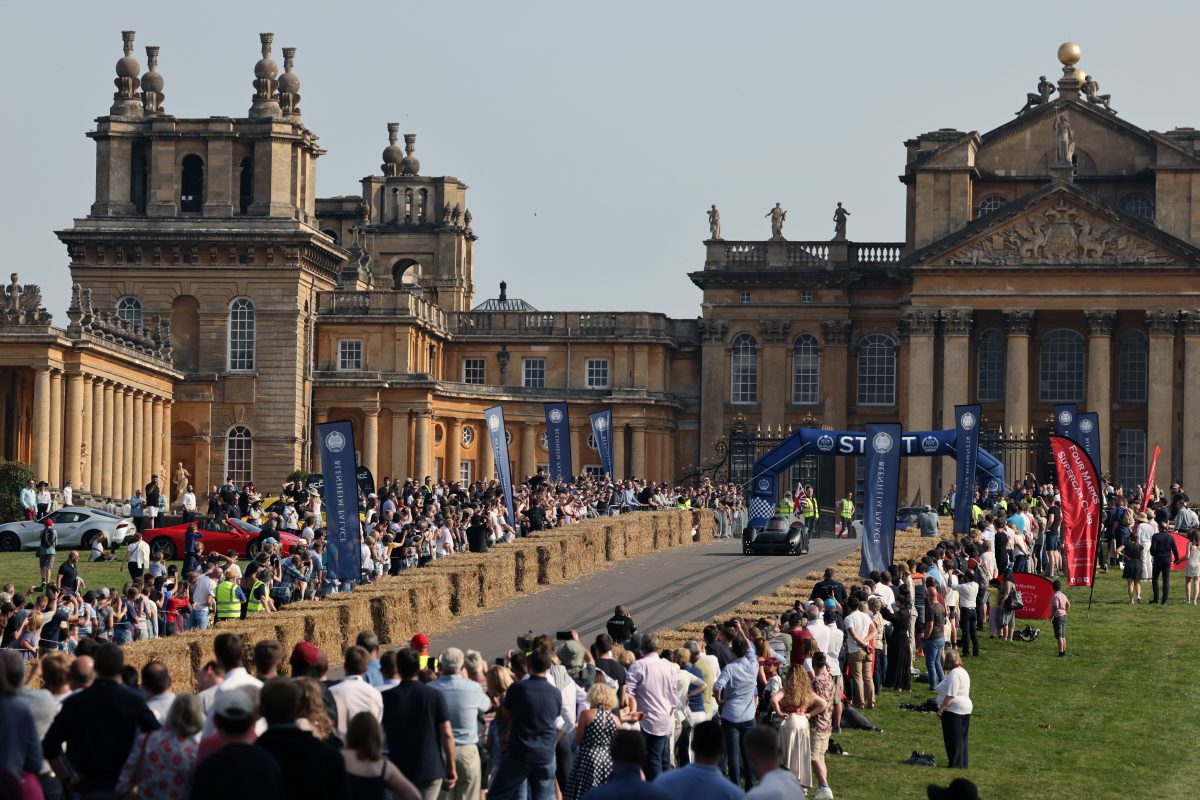 With its lightweight carbon monocoque, immense downforce from its onboard fans, and 1000bhp per tonne, the McMurtry Spéirling is sure to be one of the highlights of the Salon Privé Hill Sprint.

‘Live on the Drive’ will be hosted by Formula E television presenter Nicki Shields and feature full commentary and celebrity driver interviews. As well as the Ferrari parade, there will also be a special Prodrive Legends feature that will celebrate the British company with a line-up of rally cars, racing cars such as the Ferrari 550 GTS and Aston Martin Vantage GT4, and the new Prodrive Hunter – the world’s first all-terrain hypercar.

Classic & Supercar Day is open to the public and, with great food and live entertainment also on offer – plus the unique ambience of Salon Privé Week and more than 1000 cars on display across the North and South Lawns – there will be something for everyone to enjoy.

Now in its 17th year, Salon Privé is a must-attend event for any car enthusiast or aficionado. Now hosting two events across the automotive calendar year, Salon Privé Blenheim Palace and Salon Privé London both offer incredible line-ups that cover everything from classics to next-generation hypercars and EVs – alongside outstanding hospitality and luxury shopping villages that cater to all. The Salon Privé events are now recognised as some of the world’s most prestigious automotive gatherings, with Blenheim Palace firmly established as the UK’s most exclusive automotive Garden Party.

The next Salon Privé event will be held at Blenheim Palace from 31 August-4 September 2022, with the prestigious Concours d’Elégance, presented by Aviva and in conjunction with ICJAG (the International Chief Judging Advisory Group), to take place on Wednesday 31 August and Thursday 1 September. Salon Privé London will return to Royal Hospital Chelsea in 2023, with its ‘Concours de Vente’ set to take place from Thursday 20 April-Saturday 22 April 2023.