Think of pre-war Rolls-Royces and you generally picture vast, chauffeur-driven conveyances, sedate and glorious, but hardly cars to be hustled around. And while that still may have been true of Salon Privé’s examples gracing Blenheim’s South Lawn later this month, the way Rolls marketed each in period encouraged owners to take control from the driver’s seat.

Salon Privé’s first Rolls-Royce perfectly embodied the company’s shift towards the owner-driver, having been originally ordered by the uncle of renowned car enthusiast and diarist, the Rt Hon Alan Clark, to compete in the Alpine Trials. Fitted with a rakish James Young body, this was no ordinary Phantom II, however, and benefitted from a far more sporting specification when new.

The Phantom II replaced the New Phantom (retrospectively, ‘Phantom I’) in 1929. It was a significant technical departure from its predecessor, having an all-new chassis frame incorporating better controlled semi-elliptic springs all round, replacing the previous cantilever items. More power was liberated from its 7668cc inline ‘six’ engine, thanks to a new aluminium crossflow cylinder head with revised manifolds, though its two separate cast-iron blocks with a common light-alloy, seven-bearing crankcase were carried over from the New Phantom. Being a later model, Salon Privé’s Phantom II also received synchromesh on third and fourth ratios, in a gearbox that was now fitted in unit with the engine.

But Phantom II owners also had the option of enhancing these improvements still further. As a Continental, the model was based on the shorter, 144-inch Phantom chassis, complete with stiffer five-leaf springs, a lowered steering column and higher axle ratio. In this form, the Phantom II could attain a more Bentley-like 95mph top speed, and as a journalist from The Motor opened in March 1934, it was ‘Powerful, docile, delightfully easy to control and a thoroughbred….’

Of the 1,680 Phantom IIs produced, only 281 were Continentals, and only 156 of those were specified in right-hand-drive. Salon Privé’s car was ordered new from Jack Barclay in 1933 with a James Young body (Rolls Royce didn’t supply its own bodies), but it was sold back to the London dealer the following year. It was then bought by the Conservative MP for Kingston upon Hull, Sir Lambert Ward, who often used it to travel to his second home in Monaco. After Ward’s death in 1956, the car was sold to the current owner’s father and has been well used ever since, revisiting Monaco on a number of occasions. In 2019, the Phantom toured Eastern Europe, and this year it successfully completed a journey across the former Austro-Hungarian empire, starting in Bavaria and finishing in Budapest.

“One can only imagine how exotic this car must have felt winding its way to the Côte d’Azur 70 years ago,” said Andrew Bagley, Salon Privé’s Chairman. “Successive owners clearly bought into Rolls-Royce’s marketing about it being an enthusiast driver’s car, and we’re so glad to present such a well-used, but well-preserved rarity like this Phantom II Continental.”

While not quite as extravagant as the Phantom, Rolls-Royce’s Twenty was no less significant as a means of maintaining production volumes during the straitened 1920s. Salon Privé’s example is better known as ‘Jenny’, due to its registration prefix ‘GEN’. Jenny enjoyed a colourful life criss-crossing the Atlantic, and was originally ordered for the wife of a Rolls-Royce director and friend of Winston Churchill’s. But by then, the Twenty was in its final year of production.

The Twenty, or 20hp, was first conceived before WW1, though the war itself meant that production didn’t start until 1922. Like the Phantom, the Twenty was marketed for the owner-driver, with only the more expensive Ghost seen as a chauffeur-driven model. Manufacturing quality was second to none, and consequently the Twenty quickly built a reputation for its durability and longevity.

Powered by an inline ‘six’ of 3127cc, with a seven-bearing crankcase and a detachable cast-iron cylinder head, the engine effectively became the template for all Rolls-Royce ‘sixes’ until the 1950s. Like the Phantom II, the Twenty’s four-speed gearbox was in unit with the engine.

Being a late model, Salon Privé’s car has vertical radiator slats, not horizontal, and while 2,940 Twenties were built between 1922 and ’29, few would have visited coachbuilder Windover’s works to be fitted with this car’s three-position cabriolet body. With just a few simple adjustments, this Twenty could be converted from an open tourer to a formal saloon, when it could then be configured with or without an internal division.

First owned by Frances Wiggan-Smith, whose husband was the aforementioned Rolls-Royce director and friend of Churchill, the car was eventually laid up during the war years. In 1966, records show that Jenny was towed from Derby to Lincoln in a poor state, while owned by the Eminson family. It was then sold in 1972 and emerged in Michigan, USA, before being repatriated in 1977 by Michael Stainer, still in its original but unrestored condition. The Real Car Company acquired the Twenty in 1999, and once more it ended up with a US owner, this time in California. Having learnt of that person’s passing in 2015, the current owner bought Jenny sight unseen, and once again the car was brought home to the UK.

Now showing 107,000 miles, Jenny has undergone a major three-year restoration, though remarkably the car’s engine and powertrain remain original and didn’t require any major work. Testament to the current owner’s painstaking efforts, Jenny was awarded a first-in-class at this year’s RREC Concours d’Elégance at Burghley House.

“What a way to celebrate 100 years of the Rolls-Royce Twenty” said Andrew Bagley, Salon Privé’s chairman. “These motor cars had such excellent survival rates, thanks to its inherent quality, but it’s not often that you find a car with such an interesting history, spread across two continents – and one that’s still powered by the engine it was originally fitted with in the Derby factory.”

Three more pre-war Rolls-Royces are also set to prove popular with Salon Privé’s audiences next month. Housed in a private collection, the trio illustrates the breadth of coach-built styles that were available to owners from new, with a Phantom II by Freestone and Webb, and two Phantom IIIs, one a Special Henley Coupé by Inskip, the other a Sports Cabriolet by Vanvooren. 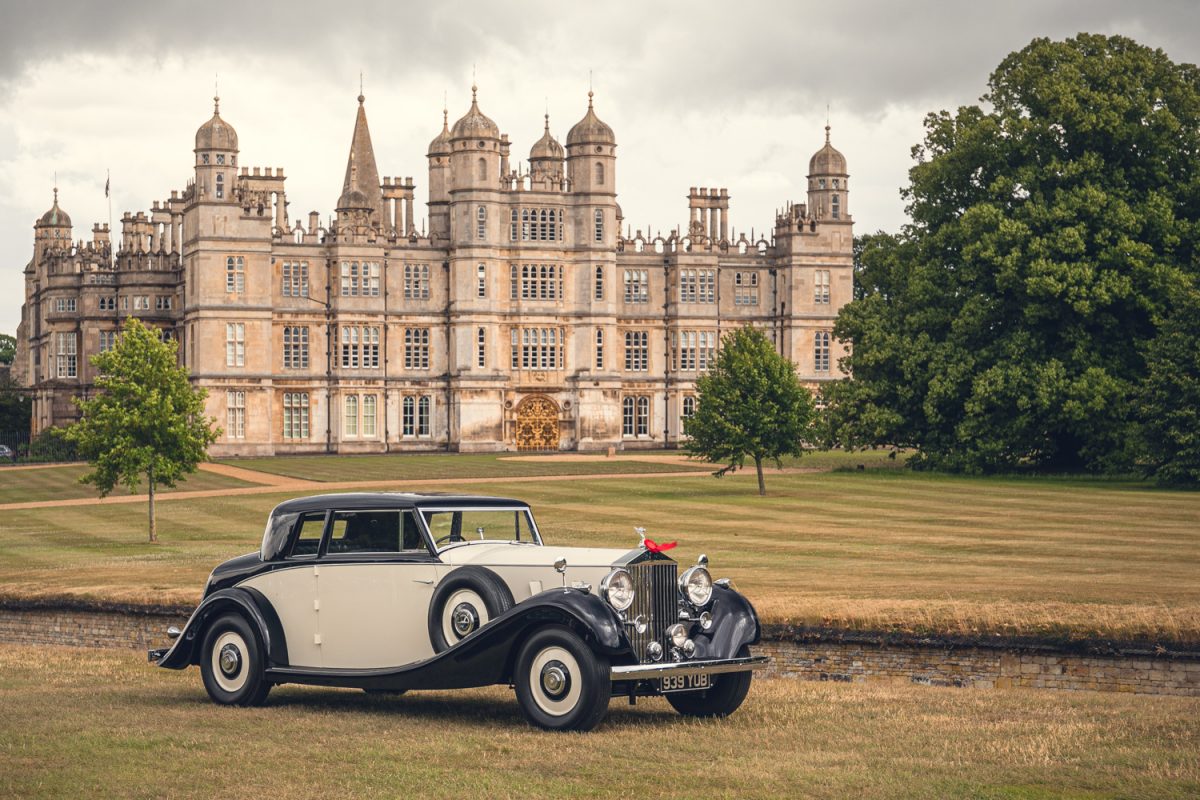 The Phantom III was a magnificent piece of engineering, and a major departure from its predecessor. Apart from the familiar grille and retention of a separate chassis, almost everything else about the car was new. The Phantom III’s two great innovations were that it had independent front suspension, and a highly advanced, and all-new V12 engine. 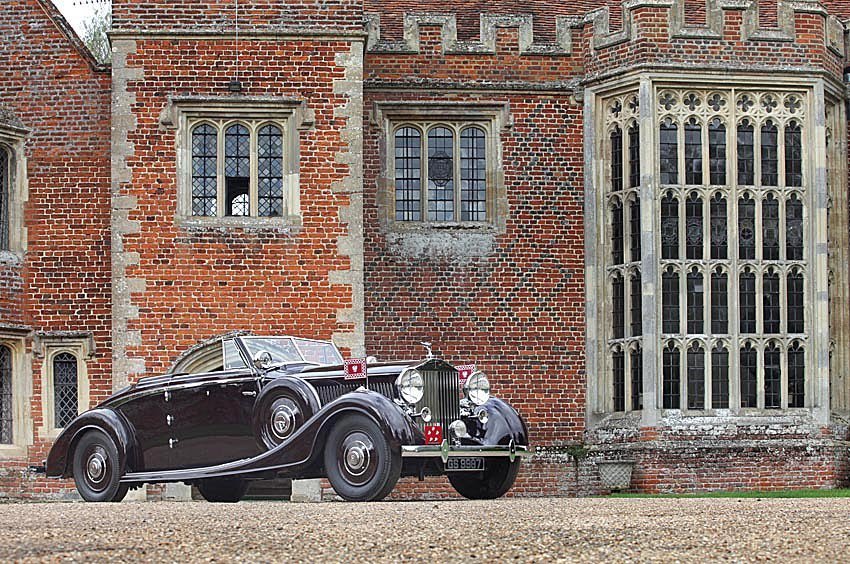 The new technology came with a commensurate price increase, and even with the least expensive coach-built body, the car cost £2,500, putting it on a par with hand-built cars like the Hispano-Suiza and Grosser Mercedes. While it was neither the fastest or arguably the grandest of all, the Phantom III had a quite unmatched combination of virtues which Salon Privé is proud to present at Blenheim next month.